The most followed and appreciated single-seaters in motorsport are back in a new updated version enriched with new contents. To follow, the review of the new F1 2021

The video game series F1 has won over the years the honors of critics and the wide audience of gamers, free to approach the title in a competitive or purely playful context, trying positive feelings and sensations in both cases. It is in fact no mystery that already F1 2020 last year and even before F1 2019 have become reference titles for all motor enthusiasts. Thanks to a decidedly consolidated formula characterized by a driving model with realistic approach but adaptable to the point of wink to those looking for healthy arcade fun.

The baton left by F1 2020 has been carried to the finish line by the new one F1 2021, enriched with new interesting modalities and deepened in many characteristics inherited from the predecessors proposing, moreover, a necessary update of teams, drivers, circuits and regulations in parallel with the Formula 1 world championship. Let’s look at the news during the review.

The roster of modes that the F1 series can boast of seemed to have peaked with last year’s introduction of My Team, the managerial career that involves the management of an eleventh team registered in the F1 world championship. However, probably following theacquisition of Codemasters by EA Sports took place last February, this year we have the opportunity to enjoy a real single player mode through which to experience a story with a script already written, like what has been happening in Fifa for years in “The Journey” mode .

Breaking Point it will allow you to immerse yourself in paddock life with a focus on the rivalry between the protagonist Aiden Jackson and Casper Akkerman. At the level of pure gameplay we will face clips or complete competitions seasoned with challenges to be completed capable of creating a discreet pathos and desire for victory. All embellished by the graphic improvements that we will discuss later in the review, able to give more depth to the story. Unfortunately, however, the similarities with Fifa and the first The Journey faced in FIFA 17 are also to be found in a plot capable of accompanying you and having fun for a few hours of play but not particularly inspired and original. We expect, however, given the appreciation found, that in the next few years it will enjoy greater care in the writing phase. 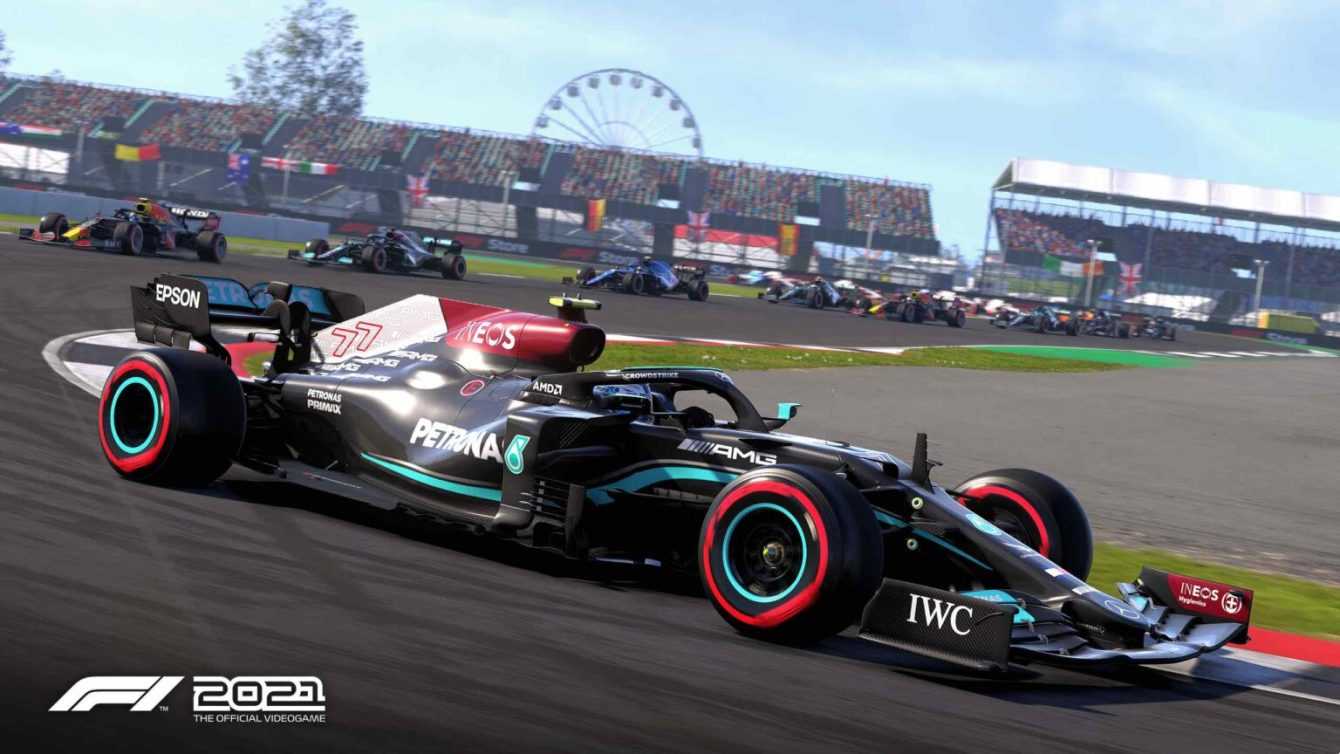 Another novelty included in F1 2021 is the much sought after Cooperative career, through which you can face the challenges of the world championship in head-to-head races with a friend of yours or by collaborating to get there before the others. The offer is completed by the My Team mode, updated in order to increase the difficulty curve in order to improve the car of your team and the classic career mode within which you are called to bring your alter ego to be, from little more than a promise, an absolute champion. But be careful not to rush too much, once you reach the apex you will no longer be able to switch to lower value stables, as they will not have enough funds to pay your salary. I recommend going gradually if you want to experience the full challenge. Also worthy of note is the presence of, much appreciated (at least by me and my brother), split screen mode.

The strong push that the gaming world has received due to the pandemic has inevitably also involved the world of motors. See samples like Charles Leclerc e Lando Norris struggling with simulators and the official F1 videogame has convinced even the most skeptical of how much the gameplay can be a flagship of the series, whatever your skill level. F1 2021 raise the bar even higher, proposing improvements to its gameplay with a deeply hybrid nature, able to not disappoint anyone. From the first meters traveled on the single-seaters in F1 2021, the changes made to the point of view of the car are evident physics and feeling with the surrounding environment. If on the one hand you will feel even more masters (than in the past) of the single-seaters, at the same time you will find yourself with a greater characterization of the road surface which, combined with an even more impacting physics, will make every movement of the vehicles unpredictable, intensifying the immersion.

F1 2021 gives its best in hand but is able to give emotions and driving precision even with a pad or a keyboard as a control device. This is possible thanks to a complete modularity in settings concerning the degree of simulation desired. Instead, what you will lose in this year’s iteration of the videogame, due to a change in regulation, concerns the possibility of vary the mixture used in real time during the race, in exchange for a return of the ERS management. However, what I would like to emphasize more than anything else in this section of the review concerns what was said previously, that is the feeling of the perceived spaces. After spending 170 hours on F1 2020 (at least half of them on the Austrian circuit), retracing the same tracks using the camera with a view from the inside, gave me new sensations, even more realistic than in the past, as regards the feeling of being the masters of the car and of the space. 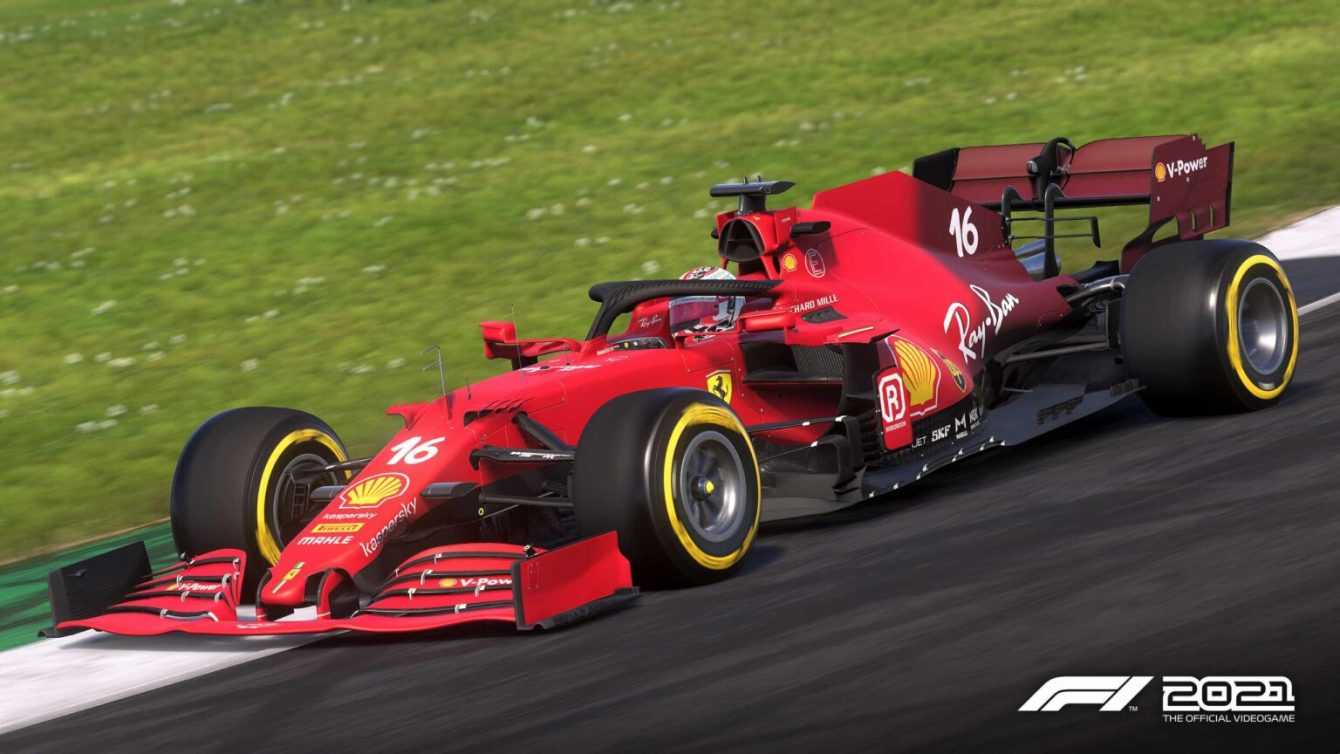 Artificial intelligence has also been retouched, more aggressive and respectful of the regulation than in the past, but still limited interaction between cars not controlled by real players. In this regard, I spent several minutes of testing watching the replays of the races and in some situations I found myself faced with cars that seemed more likely to seek contact than to avoid it. All of this is most likely due to preset trajectories that still don’t tend to fit well when it comes to handling multiple CPU-controlled vehicles.

The management of damage, now even more impactful in terms of gameplay thanks to the possibility of damaging various sections of the cars, requiring greater attention to driving. If in the past it was in fact possible to damage only the front wing, in F1 2021 you will have to pay attention to every little detail, even not to cut corners with excessively high curbs to avoid damage the bottom of the cars.

F1 2021 is a videogame that does not hide its own animo cross-gen but at the same time it manages to take advantage of some next-gen implementations. Graphically, the most obvious improvement concerns the texture resolution, now more defined and detailed also for what makes up the elements that surround the path. In our case we tested the PC version of the title and found, in addition to one very high visual quality, an incredible optimization that allows you to reach well over 60 fps in 2K at Ultra on a mid-range card like the RTX 3060. Present the possibility to activate the ray tracing, through which we will have even more detailed reflections at the expense of a few lost frames.

Everything is very beautiful to see in any weather or lighting conditions, we are not yet at perfection (especially as regards small details in the margin of the visual field) but this F1 2021 allows you to breathe a hint of photorealism which we look forward to seeing in the future. Mandatory mention for the quality achieved within the intermission scenes of the various modes (especially in Breaking Point), going from being one of the negative points of the video game to something to appreciate, an added value of the experience. 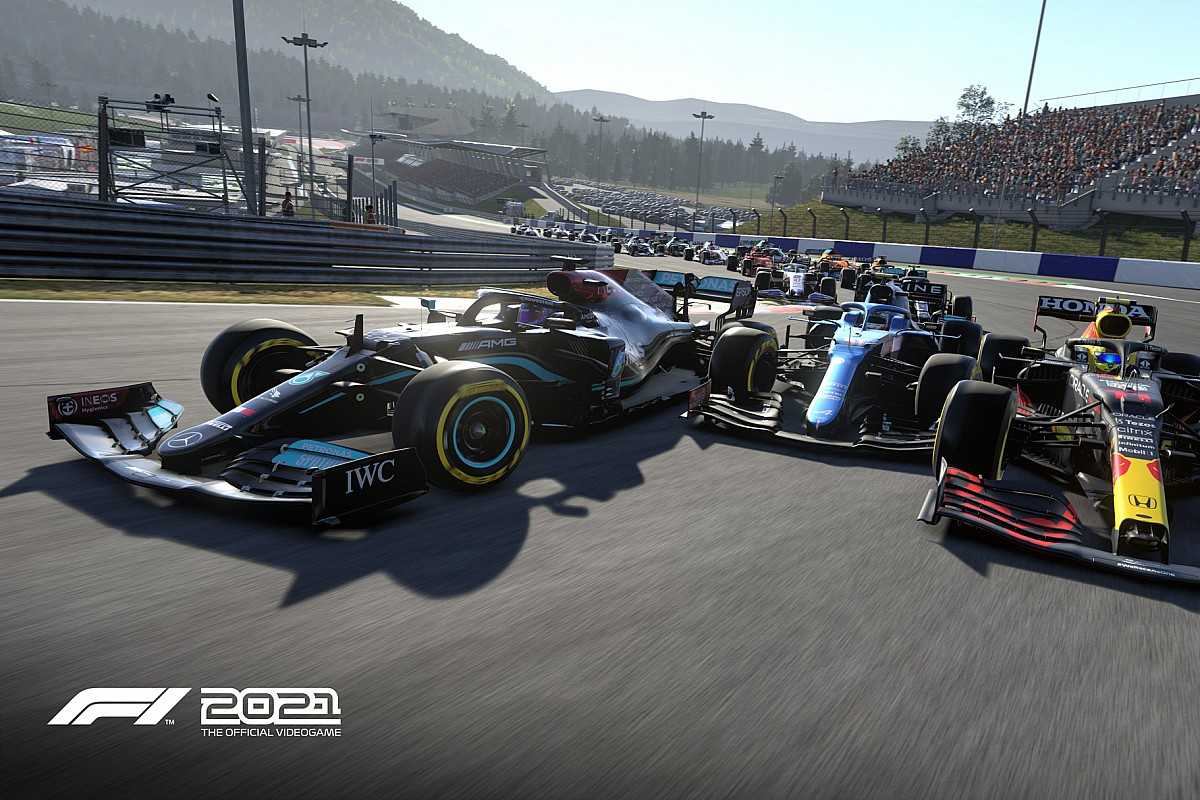 Excellent audio samples that make up a sound sector absolutely congruent with the real counterpart of the sounds of the engine and vehicles, combined with the commentary entrusted to Carlo Vanzini and Luca Filippi. Complete both the roster of drivers and tracks, with a free DLC coming later in the year that will add the circuits of Imola, Portimao e Jeddah, absent at launch.

The F1 2021 videogame is confirmed again this year on undisputed reference point for all lovers of single-seaters from the F1 world championship. Updated gameplay, new modes and ultra-high definition textures make this F1 2021 the best game in the series!