Facebook returns again to the question of an Instagram App reserved for children under 13. Just today, in fact, the company published an article on how to create a safer experience for young people within the social network and how to check the actual age of users who subscribe. On the other hand, the question is already known. In recent months, Facebook has speculated to launch a version of Instagram for children, and has sparked controversy of all kinds.

In a letter to Zuckerberg last April, for example, the Campaign for an Ad-Free Childhood stated that “a children’s version of Instagram could force even younger users into endless photo-scrolling routines and the shame of body image “. Despite the controversy, Facebook seems more than convinced to launch a version of Instagram for under 13s. With proper precautions, it is clear.

In recent months, Facebook has been working hard to resolve the difficult issue of safety of minors on social media. And the idea of ​​launching a version of the Instagram app reserved for under 13s seems to be the best possible solution for Zuckerberg’s company so far. On the other hand, however, the platform also has to manage the problem of the actual age of the users, who often lie just to be able to subscribe to the social network.

“We are also looking for ways to reduce the incentive for people under the age of 13 to lie about their age. The reality is that they are already online, and with no foolproof way to stop people from misrepresenting their age, we want to create experiences designed specifically for them, run by parents and guardians. This includes a new Instagram experience for kids. We believe that encouraging them to have an age-appropriate, parent-managed experience is the way to go. It will take a space to make this experience compelling enough for this age group to want to use it, but we are determined to do it right. ” Thus Facebook confirms its project of a version of Instagram for children. Safe, controlled and happy.

As we anticipated, Facebook is taking steps to guarantee young people a safe experience within its Apps. And it is doing so through three different actions:

In the practicality of things, i children under 16 will automatically have a private profile as soon as they subscribe to the Instagram App. On the other hand, users will not be able to see or comment on the content they publish, much less find them through the hashtags or the “Explore” section. As for the possibility of being contacted by potentially suspicious users, the platform has moved so that the profiles reported by children cannot in any way display content of minors. 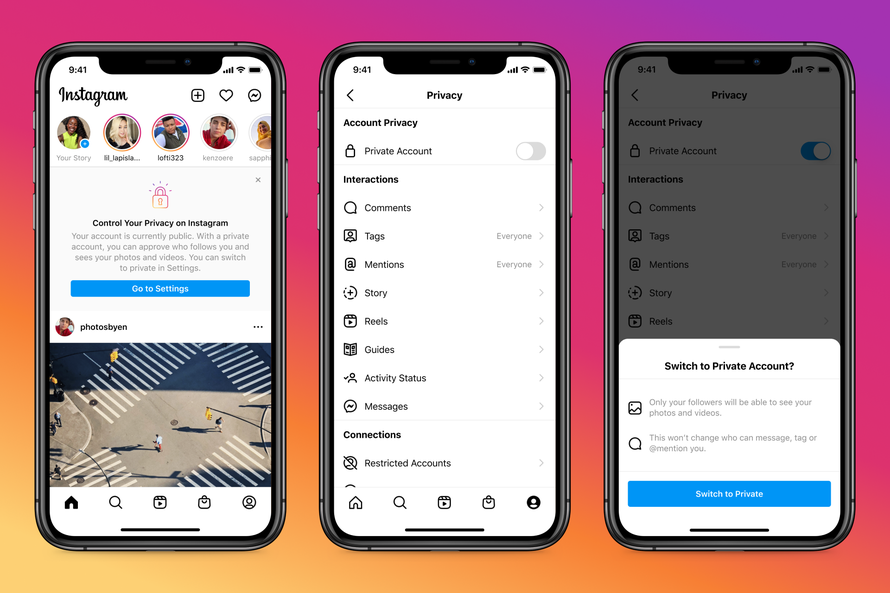 Furthermore, as already mentioned, Facebook has even changed the advertising criteria to protect younger users. “Starting in a few weeks, we will allow advertisers to target ads only to people under the age of 18 (or older in some countries) based on age, gender and location. This means that previously available targeting options, such as those based on interests or their activity on other apps and websites, will no longer be available to advertisers. These changes will be global and will apply to Instagram, Facebook and Messenger “.

Finally, it would appear that the company has its own system to track down underage users who are using the application. Artificial Intelligence, industry partners and users who report under 13s allow Facebook to find those who lie about their age. But this is not enough, apparently. Zuckerberg’s company wants more security with the Instagram app for minors.

Italy at high risk of hacker attacks: the Cybersecurity Agency reveals it