Today we will take a look at Facebook’s algorithm, and how it behaves with regards to News Feed posts. What contents are valued? And which ones are penalized in terms of visibility?

A look at Facebook’s mysterious algorithm

As we all know, social networks use complex algorithms. These, by assigning a score to the various contents, give more or less visibility to the posts. The algorithm used by Facebook it has often been the subject of controversy and mystery. However, just today, Mark Zuckerberg’s social media has declared some dynamics of its mechanism. To confirm this is the portal The Verge, which reported the news.

The Zuckerbergian algorithm, as we learn from the Content Distribution Guidelines, divides posts into several dozen macro categories. Content that appears as clackbait, for example, suffers very important penalties. The same happens for posts shared by people who have repeatedly violated the blue social guidelines. The process is obviously fully automated, and is based on intelligent learning technologies. These are in fact able to automatically detect content that is not suitable for the community, limiting its visibility without the user’s knowledge. This process is generally called shadowban. Therefore, if we have repeatedly received reports for offensive content, our posts will be penalized in terms of visibility.

The big thumbs-up social media team does not specify the weight of the penalty. We therefore do not know how severely one content is obscured compared to another. However, we know that the shadowban is the last step before deleting the post and, in the most serious cases, the profile. About that Jason Hirsch, head of Facebook’s integrity policy, told The Verge that the company does not tend to make distinctions based on the gravity of the infractions. In short, to give an example, a post with violent content could suffer the same restrictions as a fake news on health.

How the social network stands towards fake news

Facebook’s position on political and social issues, characterized by strong alignments, has always been controversial. The company carries on, not without controversy, a strong one lotta alle fake news to avoid their virality. Many, for example, will remember the blackout of Donald Trump’s profiles following the last US presidential election. A similar thing also happened to a content in the New York Post about the son of the president of the United States Joe Biden. Again, Facebook blacked out the content as unverified. The debate on this issue is still open, the fact is that preventing the spread of fake news is absolutely a priority in times of high social tension.

Other content penalized by the algorithm are those that contain links to sites categorized as spam. Even low-quality comments (very long with copied texts or with just emoticons and links) suffer a penalty. The shadowban also concerns users whose only activity on the social network is to share articles and news in groups. These, being categorized as spam users, suffer a drop in visibility. 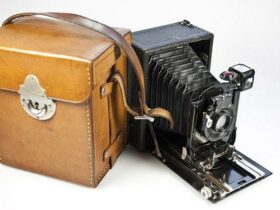 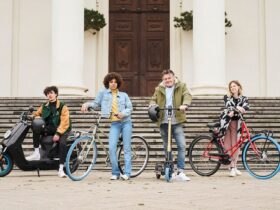