Thanks to the commitment of Facebook Reality Labs, the company has made great strides in both augmented and virtual reality. But now Zuckerberg seems to be interested in going much further. The next project, in fact, will be to build a real one metaverso of Facebook.

The latest updates from Facebook report that the company has invested 50 million dollars in the creation of a metaverse. The same company defined it as “a set of virtual spaces where you can create and move with other people who are not in the same physical space with you“. The money will be spent over two years between XR programs and the research fund, with the aim of collaborating with industry organizations, academic institutions and governments. On the other hand, creating a metaverse could apply for a 10/15 year job, and it is not certain that Facebook can do it with its own strength.

In the meantime, however, Facebook will also be engaged on another front, with the aim of building virtual spaces in the most responsible way possible. This means safeguard user privacy, minimizing the amount of personal data used and trying to keep it safe from threats of all kinds. Furthermore, it seems that the company is intent on making sure that the technologies created are increasingly inclusive and accessible to all. Not surprisingly, these projects come just a week after Facebook appointed a new Chief Technology Officer, Andrew Bosworth. And if this is the beginning, we are sure that we will see some good ones. 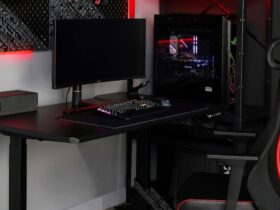 IKEA: a new assortment dedicated to gaming is coming in October