Pagan: Control, The second one DLC coming of Far Cry 6 as part of the Season Pass, it will be available on January 11 on Xbox Series X | S, Xbox One, PlayStation 5, PlayStation 4, Stadia, as well as Windows PC via the Ubisoft Store and Epic Games Store. Gamers can also subscribe to Ubisoft + on PC, Stadia, and Amazon Luna. Players must own Far Cry 6 to access the content.

Players will be able to take on the role of Pagan Min, Far Cry 4’s iconic villain, in an all-new roguelite-inspired experience that takes place deep inside the villain’s tormented psyche. Blending intense action and storytelling, Pagan: Control will offer players a unique opportunity to explore Pagan’s mind, learn more about his past and face familiar faces as he struggles to break free from his cycle of guilt and regret.

Joseph: Collapse, the third and final DLC to be released as part of the Season Pass, will be available later this year and will allow players to immerse themselves in the mind of the villain of Far Cry 5, even if in this case the French software house has not yet communicated an official launch window.

Developed by Ubisoft Toronto, Far Cry 6 is a open-world FPS where players will immerse themselves in the heart of a modern guerrilla. On the island of Yara, President Antón Castillo vows to restore his nation to its former glory as he tries to direct his son Diego to follow in his footsteps. However, paradise has a cost and enriching his country means subjugating those who do not think like him.

The player will take part in the fight to free Yara as Dani Rojas, a former soldier who tries to escape from the island but ends up joining a group of revolutionaries, Libertad. Experience the adrenaline and chaos of a “resolver” guerilla warfare, in full Far Cry style, with the most creative and innovative arsenal ever. 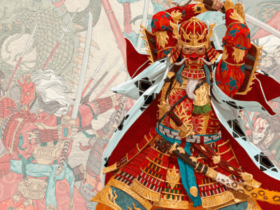 Michelle Yeoh: confirmed in the cast of The Witcher: Blood Origin