In this review we will analyze Foreclosed, an all-Italian creature by Antab Studio and Merge Games, in its version for Nintendo Switch

Strength of mind in enduring physical or moral pains with serenity and resignation, in facing a danger with decision, in saying or doing something that involves risk or sacrifice

The definition of courage leads the way to ours Foreclosed review, of which we had the chance to try the version for Nintendo Switch. Courage, yes, courage because Foreclosed is a title that shows so much ability, so much stubbornness and above all that pinch of madness that never hurts and never fails in indie video games.

If that indie, then, is a indie nostrano, then let us say that, even slightly, the music changes and one rises light melody capable of transmitting pride and pleasure in telling you what is a game that has all the credentials to carve out its own interesting niche within a complex market such as videogames and independent videogames.

Cyberpunk, is that you?

Before going into what is there Foreclosed Nintendo Switch review let’s understand, in a little more detail, what type of product we are in front of (and we found ourselves). Foreclosed is a TPS set in a universe Cyberpunk with graphics that wink at comics and graphic novels. The whole experience will be seasoned and enriched by this background cartooniness capable of making this title truly unique. A brave (precisely) and extremely aware mix, born of great skills and potential. However, a premise is urgently needed right from the start and to clarify a fundamental aspect. Foreclosed is not a flawless title.

The defects are there and we will also analyze them in the course of our examination; what interests us, however, and which, in our opinion, results really interesting it is the nature of these same defects. In Foreclosed those that are the shortcomings should not be interpreted as errors for their own sake or at which to point the finger, but must be interpreted as opportunities and occasions, for this realization study, to grow further by going to accomplish not one, but more quality leaps.

Narratively speaking, Foreclosed convinced us from the first moment. Both in terms of the structure of the plot and in terms of the dinamiche narrative through which we will discover every piece of this same plot. We will play the role of Evan Kapnos, whose identity has been confiscated, thus preventing him from accessing his brain implant and the city blockchain. His job will be to prevent his identity from being auctioned.

That said, the Foreclosed plot might look a bit confused. By playing the title, however, this confusion will immediately be put aside to make room for curiosity to understand what are the links between the various elements of the story. Experiments, criminal organizations and a man against everything and everyone without the possibility of recognizing the good and the bad that will stand in his way.

Thanks to the possibility of making choices (with a special mention for the final choice) in the dialogues we will have the opportunity to deepen certain topics and, why not, give one slight characterization to our Evan Kapnos. The adventure offered by the title will last approximately 3-4 ore. In our opinion, it is a more than apt longevity in which we will go to squeeze everything that Foreclosed, narratively (and not only), has to offer, without ever feeling bored or frustrated. 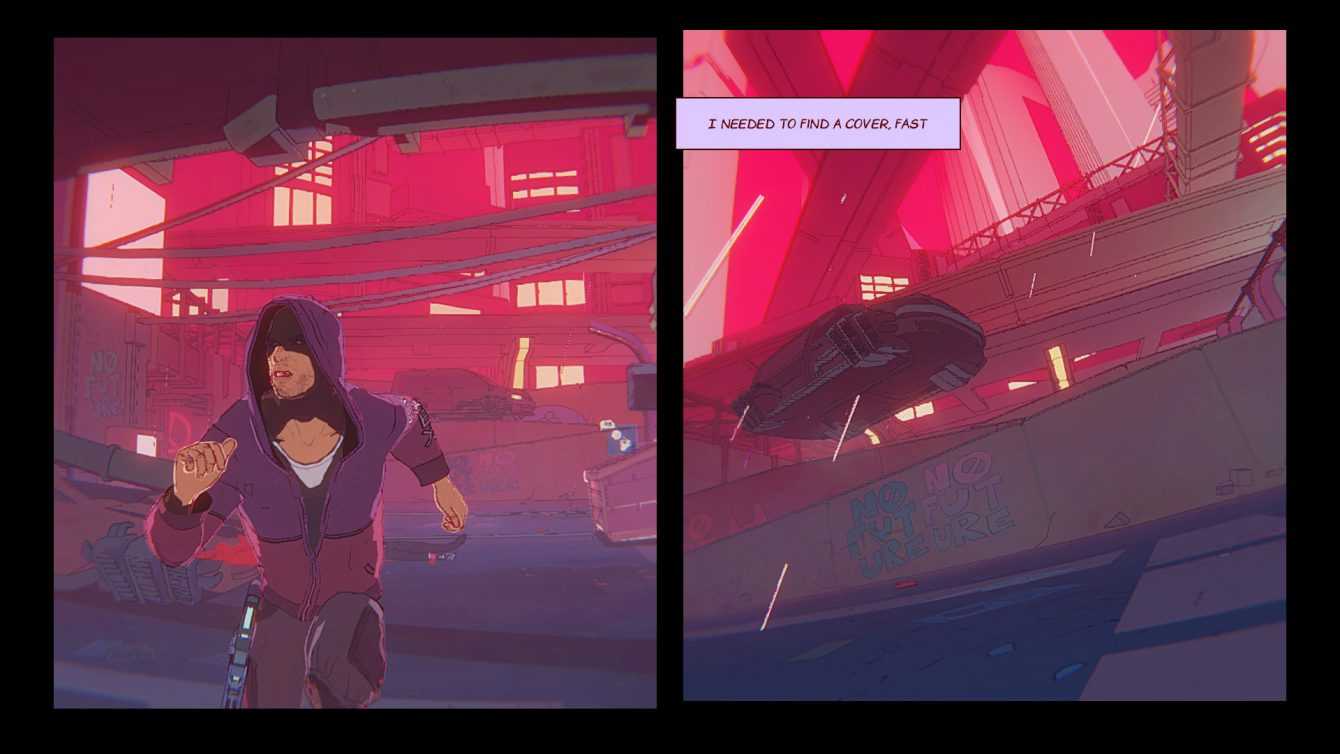 The gameplay of Foreclosed is presented quite in a way classical. A third-person shooter, with stealth phases, in which you will alternate, even following a fairly mechanical order, of the phases of exploration and solving of environmental puzzles, of the arenas in which to shoot at our enemies, the achievement of a small goal and so on… until the complete resolution of the game areas or chapters. All this, however, probably, in a different title could have been a sort of malus to consider but, in this case, we particularly appreciated this structure and this system.

Probably thanks to a very interesting graphic sector (which we will talk about shortly) and an engaging atmosphere, we enjoyed enjoying this vintage flavor offered by the game. At the same time, however, despite the simplicity and rusticity of the structure and areas, an element that in our opinion could certainly be managed better is represented by the level design. Too little intuitive in several situations with the risk, even during the combat phases, of creating in the player a somewhat forced and not very congenial management of the elements present in the various areas and in the various environments. 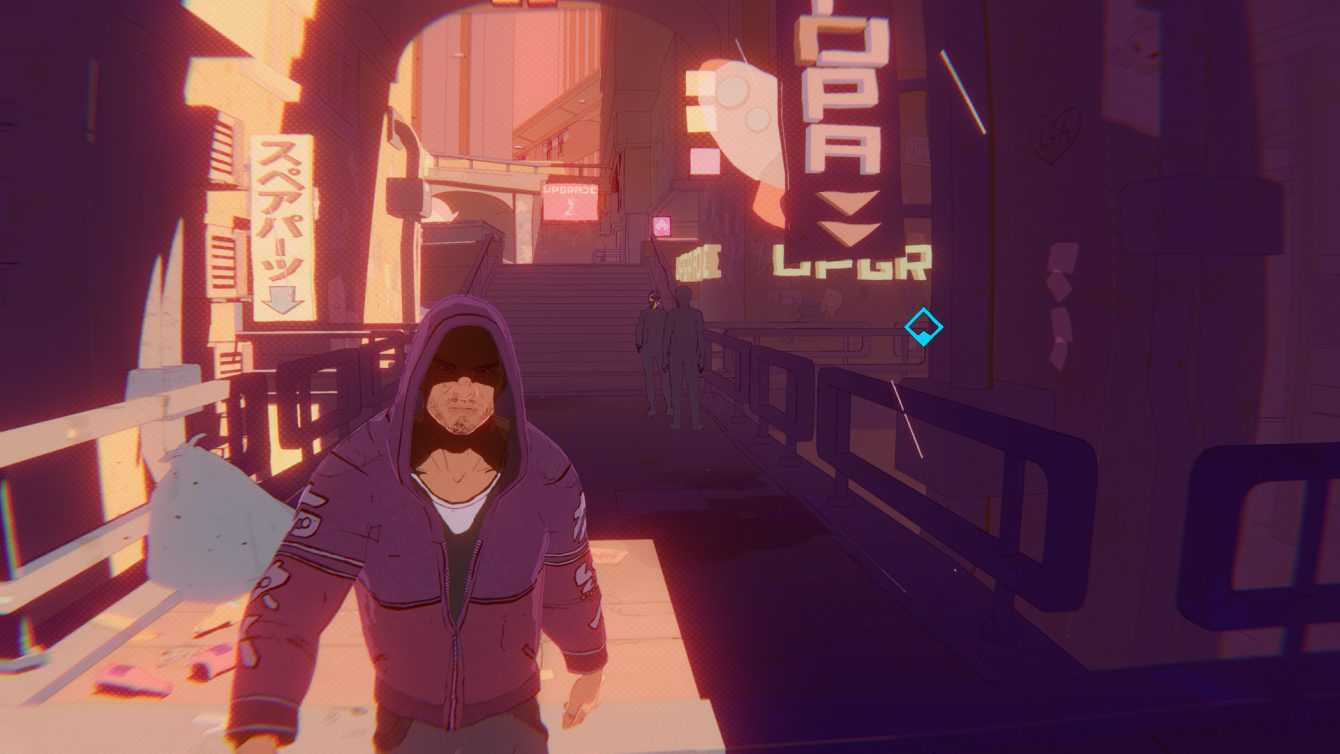 We have mentioned some phase stealth and phases related to combat and shooting. Starting from what concerns the stealth, albeit made with a right dose of minimalism (Volume reminded us at some juncture), we can say that we appreciated these situations, thanks also to a management of stealth killings well contextualized and innovative (no attack from the back but an attack on the brain implant of the enemies through a process of overheating of the same). We will have a series of upgrades that we will unlock by accumulating experience points for our firmware.

Upgrades related to both ours cybernetic implant, such as the possibility of using telekinesis or creating an impassable shield on our body for a certain number of seconds, both at our weapon. Our arsenal will consist of a single weapon, modifiable and upgradeable. The shooting will turn out to be a little woody, nothing that will clearly or heavily compromise your experience but, surely, a softer and more flexible shooting would have made this experience even more positive. 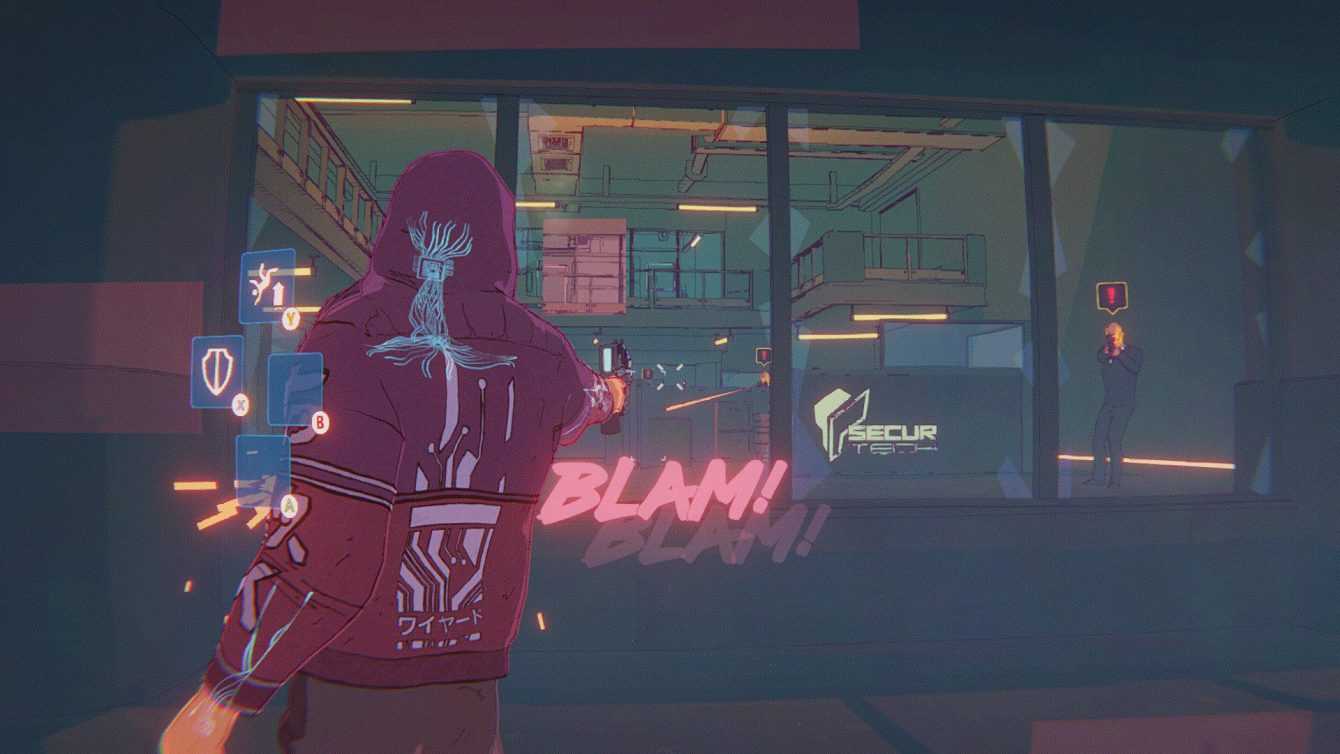 We opened ours Foreclosed Nintendo Switch review with the definition of courage and it is precisely in this paragraph that we will again focus on this element. Visually speaking, Foreclosed is one of the most interesting products of this year. We will literally be catapulted into a comic with a Cyberpunk setting. The comic share, however, will not be made only by the graphics and the chromatic atmosphere or by various writings (typical of comic slang) and small speech bubbles, but also by those that will appear as real and proper boards that will compose the scene on the screen. Tables, within which, we will move with gods brilliant framing games which will also have a minimal impact in some gameplay phases (a bit like NieR).

Furthermore, giving your own vision and your own character to a revised and revised setting is a decidedly not bad plus. But all that glitters is not gold. In the version we tested, and we further emphasize that this is the version for Nintendo Switch, the game had several records freeze and some drop in frame rate, thus highlighting some small performative magagna certainly due to the hardware possibilities of the Nintendo hybrid and, MAYBE, to the optimization of the title.

We do not feel, however, to take this last statement for certain, considering that we have not had the opportunity to test other versions. Positive mention for the dubbing in English and a little less positive for the Italian translation, found some typos. Nothing but one corrective patch can’t fix. 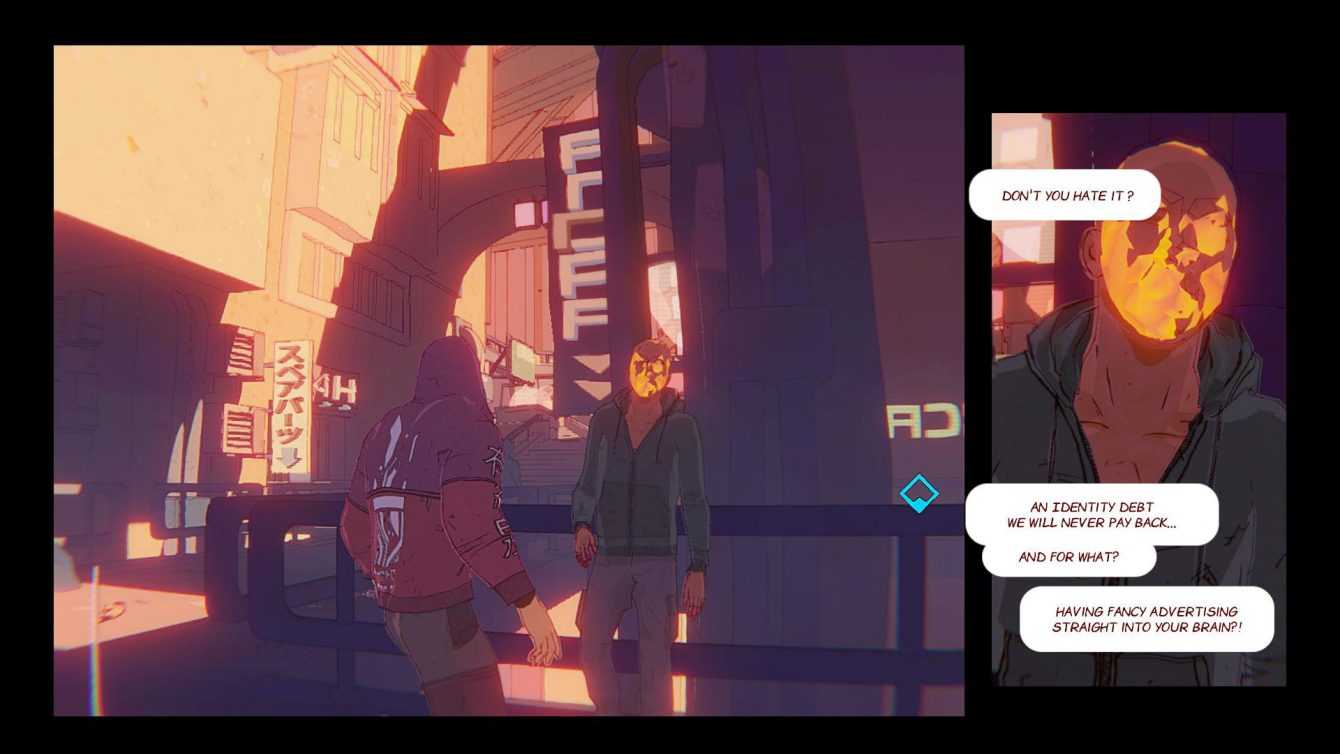 Our Foreclosed Nintendo Switch review ends here. We are sincerely proud and happy that such a product has come out of the minds and hands of an Italian team. A team that has proven to have courage in offering an environmental context, the Cyberpunk one, in a new and peculiar guise and courage in inserting, within this context, a gameplay with a classic structure but with interesting ideas, capable of not making the weight of the aforementioned classicism weigh. There are defects, as mentioned above, but we are sure that, with the skills of this team, these same defects will soon be transformed into opportunities and ideas to further improve and establish themselves as an Italian excellence within the videogame industry.

Stay tuned to TechGameWorld.com for more news from the gaming world and beyond. To buy video games at a discounted price, take a look at the Instant Gaming catalog. Hello and see you soon!

A summer bath in a comic!