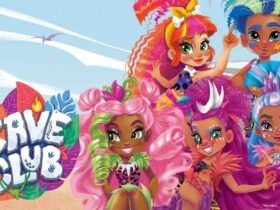 Directly from prehistoric times, the characters of Cave Club arrive

Marvel is an unstoppable forge of new stories and characters, the American house boasts an infinity of unprecedented film, comic and television licenses and series. By now in many of these sagas it is normal to travel forward and backward in time (as already happened in Infinity Wars) and by now the eloquent term refers to the imaginary of the famous American house multiverse. The “swatch” of Marvel characters is increasingly crowded with new characters joining the latter on a regular basis.

Funko, the wildly popular American gadget maker, has sought to further shuffle the cards on the table of the aforementioned varied multiverse. Therefore, six new ones have recently been presented Funko POP showing the designs of various famous characters Marvel merged together, everything is inspired by the comic series Infinity Warps. Let’s see all the details about it in the next lines of this article.

New Funko POP they are added to the vast collection of the American house to celebrate the Marvel saga Infinity Warps. If you wished to see Ironman with the brutal hammer of Thor O Black Panther with the skull of Ghost Rider you have just been satisfied.

Here above you can see the first official shots of the figures in question (as always, the height is estimated at about 9 cm). You can buy them shortly on the major specialized chains at the list price of 12 euro. By the way, have you seen the new exclusive WonderCon 2021 POPs? And those of Game of Thrones?

What do you think of these new funny characters? Will you buy them? Let us know below in the comments section. Stay tuned on TechGameWorld.com for all the news and curiosities from the bewitching world of figures and more. Lastly, for the Funko POP!, i prodotti LEGO, Star Wars, Disney, Marvel, Nintendo, Banpresto and gadgets of all kinds at discounted prices we invite you to take a look at the Zavvi.it store. Here, however, you can find the store of POP in A BOX with thousands of offers on all Funko products, check them out!