its Google Play console the technical characteristics of Galaxy S21 FE, the “top of the economic range” from Samsung. After the success of last year’s Galaxy S20 FE (Fan Edition), now Samsung is trying again with a device that looks really cool. In fact it has the processor of S21 and arrives with Android 11. And it could become a smartphone to recommend to those who want maximum performance, spending a little less. Here’s everything we know so far about the Galaxy S21 FE.

In recent years, Samsung has not only confirmed itself as the most successful manufacturer in the mobile world. He has repeatedly shown that he knows how to build top-of-the-line devices, with interesting technological innovations and a refined look. He proved it again this year with the S21 series, really complete, and again with the foldable Galaxy Z Fold 3 and Flip. But not all tech-lovers want or can spend the four figures.

For this reason it launched Galaxy S20 FE last year. There Fan Edition promises performance similar to the top of the range (thanks to the same processor), giving up something to lower the price. And it seems that this year it intends to do the same thing, covering an ever-growing market segment.

Google Play Console is the platform for Android developers, which allows you to test apps and devices. Samsung has decided to publish the specifications of the new Samsung Galaxy S21 FE, which, however, were immediately noticed by the reporters of MyFixGuide.

The device will have a chip Snapdragon 888, the same you find on the best Samsung devices. And that’s great news: even for the next few years to come, you will hardly find an application that cannot open in a second and hold up without problems. With the Kyro CPU and Android 660 GPU, you will not be afraid to open even the heaviest of games.

According to Google Play Console reports, you will find 6GB in RAM. Which are not the same as the top of the range but are enough and advance to manage Android without slowdowns. But it looks like there may also be a version with 8GB in RAM (and probably more memory UFS 3.1) that you can buy, in case you really want to overdo it.

The battery should be from 4.500mAh and it seems that Samsung wants to equip the device with fast charging at 25W (although at the moment we don’t know if a rapid charge charger will be included).

Finally, the presence of Android 11 right from the opening of the package. With the hope that it will receive the update to Android 12 as soon as it is available for Samsung smartphones. 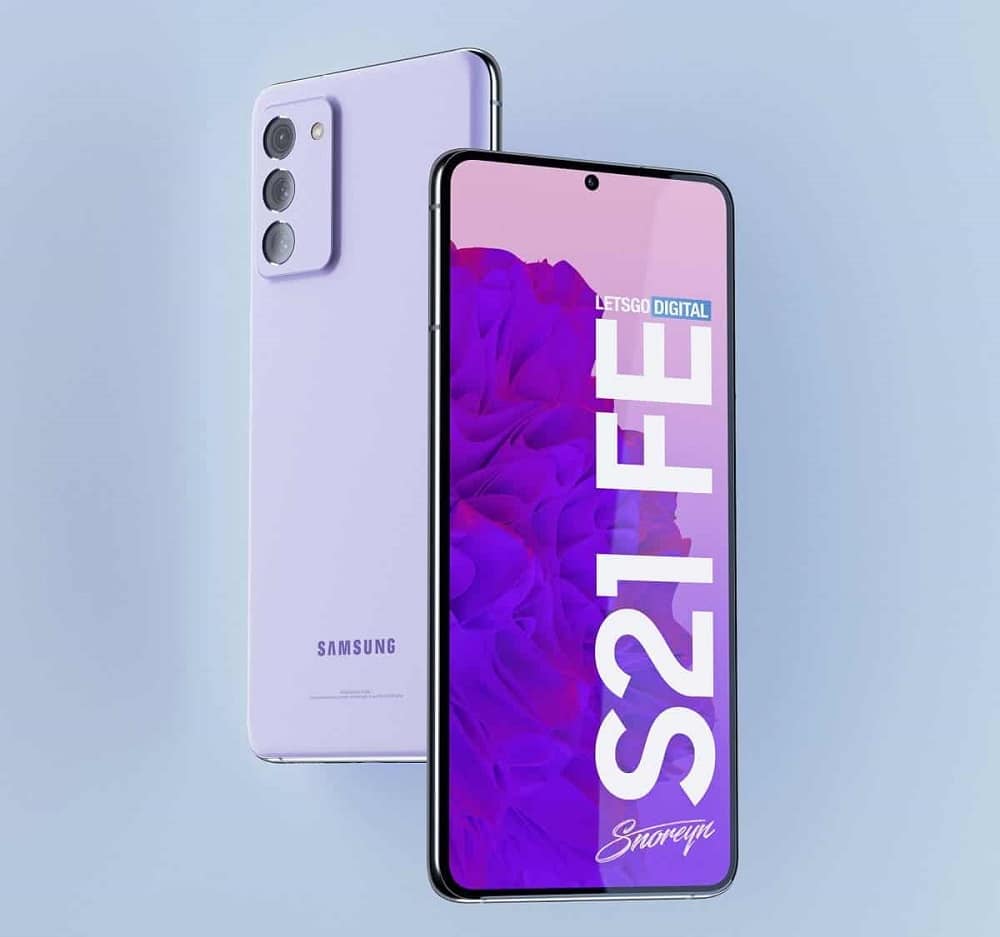 Another feature that convinced us when reviewing the Galaxy S20 FE was it 120Hz screen. Not as splendid as the standard version, but a flat panel that is definitely above the average of the rivals in the price range. It seems that Samsung is opting to use the same display again this year AMOLED FHD+ da 120Hz per Galaxy S21 FE, a choice that users will appreciate. We know for sure thanks to the Google Play Console that the resolution will be 1080×2009.

Even from a photographic point of view we are in the field of excellence. There should be three 12MP sensors, slightly worse than the base S21. But a really great starting point for any smartphone. You should know how to click to 4000×3000 pixel, although it seems unlikely that you will be able to record in 8K as with the top of the range Samsung. Either way, you will be just below the excellence of mobile photography.

The design of the new Samsung smartphone

From the design point of view, we have a lot of interesting information, even if it is not as “safe” as the data reported by the Google Play Console. It appears that the device may adopt the same general layout as the S21, with the rear camera placed vertically in the corner of the device. A Definitely discreet “camera bump”, which complies with the subtlety of the device.

The frame should be in plastic, helping to lower the cost of the device. As with the S20 FE, the material of the back is what immediately makes it clear that we are just outside the realm of the top of the range. But many users find it a winning compromise. Also because you can cover it with a cover, if you really don’t like it. 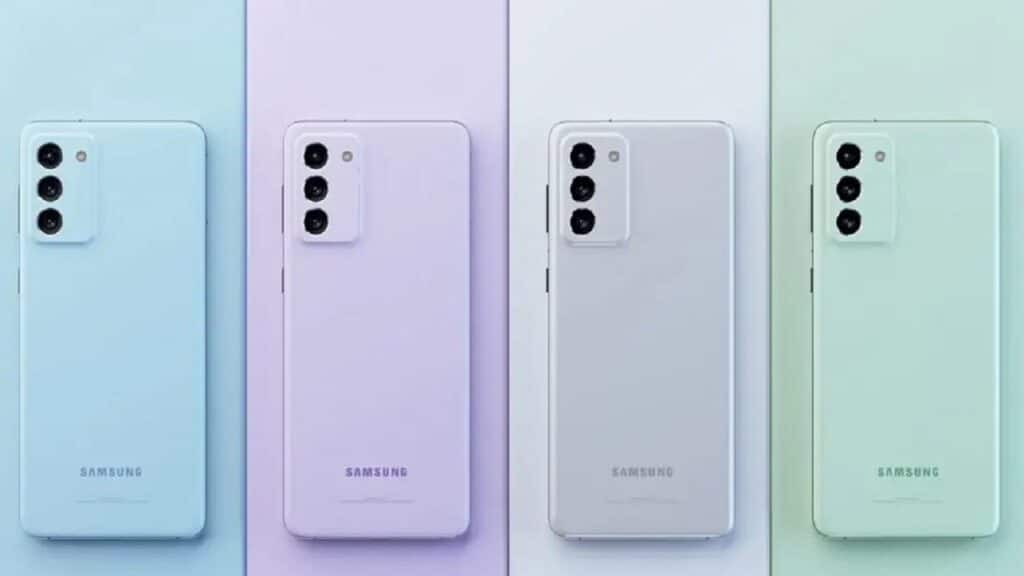 It should come in colors Light Blue, Pastel Green, White and Pastel Purple (names may be different on exit). It seems that color could also arrive in the US market Grey, while Blu Chiaro should be a European exclusive. But Samsung may change its mind before launch.

The new Galaxy S21 FE has received certification Bluetooth in the United States and made its debut on the Google Play ConsolAnd. So it doesn’t stay long before launch. It seems that Samsung wants announce it in early October but for the moment it has not communicated an official date to the press. The device is expected to arrive only in certain European markets besides the United States. But it seems that there‘Italy should be among the lucky ones. Although stocks may be limited due to the chip crisis.

The price remains the greatest uncertainty, even if some newspapers report a cost of $ 629 for the base model about 700 for the model with more memory and RAM. But at the moment we can only speculate that it remains in the vicinity of last year’s launch price of 669 euro. However, the price had dropped rather quickly after launch.

We will therefore have to wait even more than a month, in all likelihood, to see the new one Samsung Galaxy S21 FE. But we are sure that more information will arrive in the coming weeks: we will keep you updated.