I Beat Yesterday Awards are now a recurring tradition for Garmin, a famous company in the tech field. A project that aims to reward those who have managed to overcome exceptional challenges, linked to their history or not, with commitment, dedication and a pinch of courage and madness, which never hurts. The awards ceremony for the fifth edition of the award, full of special guests to celebrate these exceptional adventures.

The evening opened with the adventure of Marco Martinez. A young man who has chosen to buy a boat, refurbish it completely and set sail on it towards the horizon. Destination Greece, reaching the border with Turkey. A real adventure, which transmits determination and strength. To celebrate it, a great of the nautical world like Michele Cannoni, directly from the Luna Rossa Team.

From the sea we then moved to the mountains, with the story of Enrica Gouthier. Five years of preparation took this woman to be able to reach her goal: to complete the Ultra Trail du Mont Blanc, a route of over 170km with more than 10,000 meters of total elevation. Running has become a way to find herself, denying the difficulties encountered along the way. It was exciting to see her talk about herself, side by side with the great mountaineer Hervé Barmasse.

These enterprises are not only striking because of the difficulties themselves, but sometimes also because of their goal. This is the case with the story of Wolfango Poggi who has proven to have a big heart, not only in a sporting sense. This man got on his bicycle for an eight-day journey that took him from Florence to the city of Belgrade. The goal was to raise funds to expand a kindergarten in a Serbian village, a project of the Novak Djokovic foundation. Well, Wolfango managed to attract donations of over 10,000 euros with his business. A touching story, which also thrilled the presenters of the Garmin Beat Yesterday award Norma Gimondi e Alessandro Ballan.

At this point the ball passed to the Italian motorcyclist Alessandro Botturi, which rewarded Domitilla Quadrelli. The woman moved to the world of two wheels after finishing her modeling career. Here he began to make a name for himself, discovering a great passion. The love for this world was such that it pushed her to sign up for a race as difficult as it is Swank Rally of Sardinia, when she was still in her sixth month of pregnancy. Careful preparation led her to arrive at the starting line on her bike, just two months after giving birth. And obviously on arrival her little one was waiting for her, ready to celebrate her mother in her own way.

Finally, the time has come Roberto Carnevali and the son Manu. The latter is an autistic boy and for a long time his father has tried to create a relationship of communication and mutual understanding with him. The key apparently was the trekking. The excursions, much loved by Roberto and now also by Manu, have managed to bring father and son together, creating a closer and stronger relationship than ever. A touching story, which was awarded the Garmin Beat Yesterday Award by the host Matteo Viviani.

In addition to the evening, each of these enterprises was told in a clip, made by Daniele Piervincenzi. You will find some of them in this article, but we invite you to discover them all to deepen these extraordinary adventures. If, on the other hand, you are curious to know more about Garmin Beat Yesterday Awards (perhaps to propose you for the next edition) you can visit the official page on the company website. 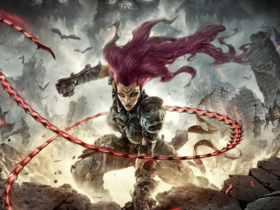 The review of Darksiders 3 on Switch: the return of Fury

Amazon Black Friday: from 19th to 29th November discounts up to 50% 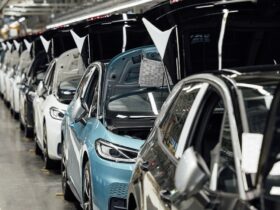