GIGABYTE is the protagonist of 10 overclocking world records broken, thanks to the new AORUS TACHYON Z790

Making an excellent motherboard from the point of view of pure performance is not easy “stuff”, as you have to find the right balance between VRM section and, capacitors, right power distribution, and basic voltages, being able to create an excellent motherboard, and also time for overclocking, is only for a few, and for sure, GIGABYTE did his best with the new one AORUS TACHYON Chipset Z790.

This is the top range of the AORUS line, and aims to be among the best motherboards on the market, definitely offers the best, for those looking for the best. Above all, to accompany very demanding CPUs from a performance point of view. This is the highest record in terms of specific CPU IDs versus number of cores. Designed by world-renowned overclockers, GIGABYTE Z790 AORUS TACHYON packs exclusive features for overclockers with the highest quality components to become the An overclocker’s dream motherboard that delivers unmatched OC performancewith a friendlier and more thoughtful interface, confirming its leading role among Z790 OC motherboards And these are instead the words of Jackson HsuDirettore della Channel Solutions Product Development Division di GIGABYTE.

It is inspiring that the Z790 AORUS TACHYON has broken 10 overclocking world records and more than 20 different overclocking scores, which not only demonstrates GIGABYTE’s great strength in R&D, but also their dedication to providing terrific OC mothers. We believe this is just the beginning and that the Z790 AORUS TACHYON will continue to churn out superior performance and overclocking records. We look forward to seeing more and more overclockers from around the world use this motherboard to break even more world records!

Instead spending two technical words on the new “beast” from OC, it must be said that the new GIGABYTE Z790 AORUS TACHYON is designed by well-known overclockers exclusively for overclocking, obviously then nothing prevents the non-Overclocker consumer from using and buying it. But, the consistency offered by GIGABYTE’s widely recognized durability and stability, the Z790 AORUS TACHYON offers comprehensive power management with its advanced VRM direct power design with tantalum capacitor array, with better transient response and less mechanical interference to improve the stability of power supply and overclocking.

Shielded Memory Routing then, SMD memory DIMMs with full BIOS setup for DDR5 memory overclocking allow you to improve the stability of overclocking, main feature for which it should be chosen. In addition, the thermal design with full MOS area coverage significantly improves heat dissipation to stabilize VRM operation at low temperatures. What’s more, the overclocking kit built into the motherboard provides hotkeys, toggle switches, and voltage sensing functions that many overclockers use for overclocking adjustment. This allows for more comfortable tuning for overclockers, who can push through any limits with ease. If you want to keep learning about the latest news from the hardware world, keep following us. Greetings from TechGameWorld.com.

The article GIGABYTE: 10 Overclocking Records Thanks to AORUS TACHYON Z790 is from TechGameWorld.com. 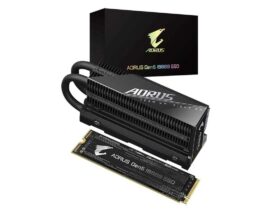 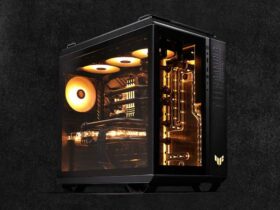 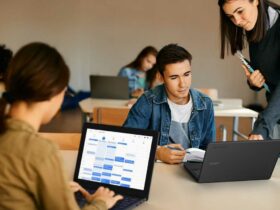 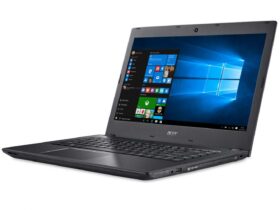