And to say that whoever is writing this article is old enough to still remember what the duplex was. It was that wicked technology whereby two subscribers shared a telephone line at a reduced cost, but if one of the two was on a call the other had the line busy.

No more romance related to the domestic line: soon we will have to say goodbye to the landline phone.

In truth, Britain has already estimated a date by which the fixed number will be just a memory: this date is 2025. And it will obviously mark a triumph of digital, because all members of a family who want to make a phone call will have to have even a minimum of familiarity with the Internet.

Let’s see what the news says, which appeared in the Daily Mail last Friday, August 13, and is destined to lead the way in many other countries in the world. In fact, the progressive abandonment of the fixed line at a global level will be inevitable.

Goodbye to the landline by 2025: word of the Daily Mail

The Daily Mail sets the date: 2025. By the end of that year, British citizens will have to say goodbye to landlines. The source is not clear: only the news is reported that “telecoms giants are aiming for the switchover to be complete in 2025”. That is, the telecommunications giants aim to complete the switch in 2025.

But, continues the newspaper, while the 2012 digital TV ferry had been widely announced and above all followed by the Government, here the private mobile phone companies are in charge, and users will in a sense be left to fend for themselves.

The Daily Mail identifies three types of problems related to the farewell to landlines by 2025.

The first is entrusted to a numerical datum: to date, in Great Britain, about 6% of homes (and we are talking about 1.5 million homes) still do not have an Internet line. And half a million families don’t even have a smartphone. Will the infrastructures be able to reach even the most peripheral places? Conversely, it would be paradoxical (as well as serious) to see the termination of a service without it having been replaced by a valid alternative.

Second question, that of the elderly or in any case of people who are not very accustomed to using the Net. How to make them literate in time? Then there is a whole segment of the population residing in rural areas, where the connection is precarious: will the service be strengthened properly?

Finally: how to deal with a series of inevitable misunderstandings that will affect the services linked to the currently active telephone network? Consider, for example, alarms, telephones in lifts and various payment methods connected to a landline number.

Caroline Abrahams, director of Age UK, takes a clear stance, a charity that aims to help older people. Abrahams said: “Given that about half of older people over the age of 75 are not online, this could be a particular problem for our older citizens.

Given the threat of fraud, telecommunications providers must also take measures to prevent anyone in particularly vulnerable circumstances from becoming a victim of digital scams ”.

Ofcom, the British telecommunications company, fears that a network failure could keep numerous families completely isolated. He stressed that suppliers must guarantee everyone access to emergency services. This, in practice, could mean the supply of either free mobile phones or batteries. 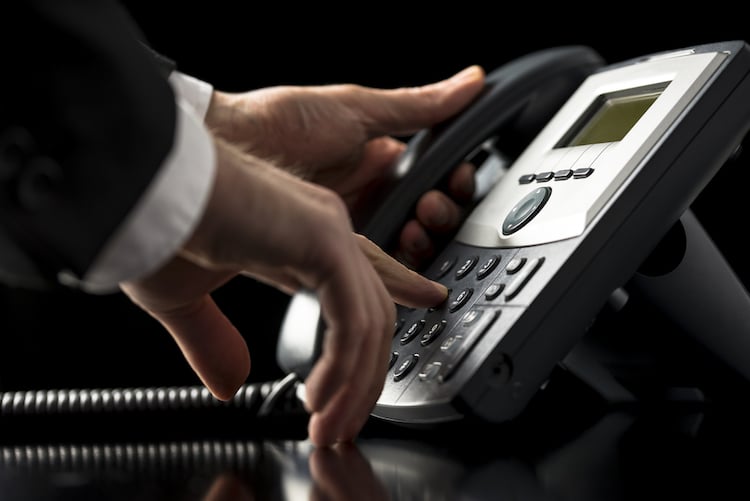 Martyn James, of Resolver (a service for consumers), criticized the lack of publicity of the decision to move. And he said: “It is vital that landline customers do not end up paying more and that low-cost or subsidized broadband services are available for those forced online.”

And an Openreach spokesperson said, “Protecting vulnerable customers is a top priority for us. We are working with communications providers to identify this segment of the population in advance ”.

The chorus of critical or doubtful voices does not stop telecommunications companies.

It is estimated that two million people in Britain have already switched to network-connected telephony.

Openreach, which manages most of the country’s wired infrastructure, aims to get ultra-fast full-fiber broadband to 25 million households by the end of 2026. And Virgin Media is working to move its home telephony service to its own. fiber broadband network by 2025.

The digital revolution that will eliminate the British domestic line will soon affect other countries as well. On the other hand, if we have said goodbye to the duplex, we will also be able to say goodbye to the landline phone.