We return to the mysterious island of Teer Fradee its PlayStation 5 with version Gold Edition from GreedFall. The Action role-playing game released in 2019 is renewed in a version designed for the new generation of consoles and some intriguing new features including the DLC “The De Vespe Conspiracy“. All the news are available for free for those who bought the game on old-gen and for owners of the version on Xbox Game Pass but how does GreedFall move on the new consoles? Let’s find out in this one review of the Ps5 version of GreedFall.

Our review of GreedFall on PS5 between improvements and news

Before venturing into the potential of the PS5, let’s give a brief refresh to the GreedFall plot, reminding you that you can find it in detail in our full review.

GreedFall is set in the 17th century France and will allow us to wear the clothes of De Sardet, nephew (male or female) of the Prince d’Orsay appointed by the Congregation of the Merchants of Sérène to reach Teer Fradee. It is an unexplored island that hides riches and mysteries as well as a possible cure for Malicora, the incurable disease that is afflicting the people of the old world. In an attempt to find a cure and driven by the desire to explore the pristine lands of Teer Fradee, our protagonist will leave for the new world in the company of his Cousin Constantin, the new governor of the island.

Teer Fradee will turn out to be one a land full of opportunities but also of dangerous threats. The whole place is in fact inhabited by bizarre and dangerous creatures ready to do anything to defend their territory. To make the protagonist’s life even more difficult are the different factions in play who founded their own colony on the island, claiming its authority. The way in which the protagonist will approach the different factions depends only on our choices. The player actions in fact, they influence many elements of the game: from politics, to relations between factions and between the various characters up to some elements of the plot that will modify the ending of GreedFall.

The new look offered by PlayStation 5

The arrival of Greedfall on PlayStation 5, as expected, does not change its content. The game lands on Ps5 with i strengths and weaknesses that have characterized it and that we have gutted in the review of the game. Although the game has always been enjoyable and is now enhanced with the performance offered by the new PlayStation, it was really a shame not to see improvements on animations or artificial intelligence that perhaps required a different and more demanding job.

It must be said, however, that the hardware of the PS5 gives its best in this version. There is now one dual mode to play Greedfall: Quality e Performance. The two modes are soon self-explanatory. By selecting quality we will have the opportunity to experience the adventures di Greedfall in native 4K with FPS locked at 30, the second mode, on the other hand, focuses on the stability of frames that remain fixed at 60. These options ensure exceptional fluidity combined with improved graphics that are pleasant to look at. All of these features fit together perfectly with the ritmi action and bustling of Greedfall.

Improvements in the update can also be seen in the textures and in some models of characters and monsters that are much more worked and polished from the defects they had previously. A small note of demerit goes to the lighting and shadows which, despite the upgrade, are not particularly improved. It must be said, however, that the glance is more than satisfactory and Greedfall manages to give us remarkable landscape views. 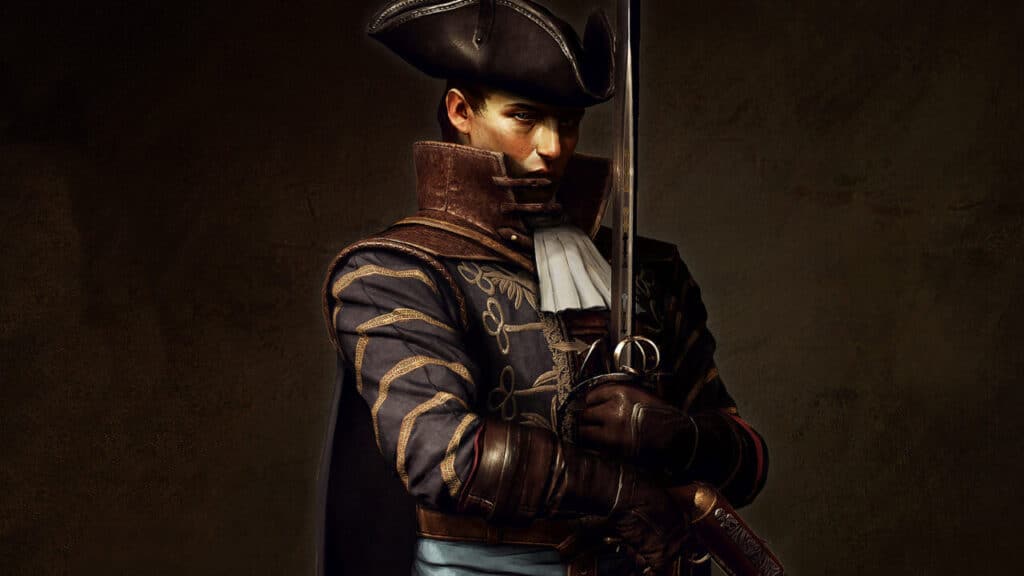 Another novelty regarding Greedfall on PlayStation 5 is support for the DualSense, Sony’s next-generation controller. In fact, we find the feedback aptico del controller that manages to make game actions more alive and engaging thanks to the increasingly sophisticated and precise vibration. Regarding the Dualsense we also find the supporto all’audio 3D but it didn’t thrill us as much as it should have. The same feeling gave us the adaptive trigger. We use the singular because, strangely enough, only one of the two triggers uses this function for the more powerful attacks that need a small loading moment.

But it is with the power of the PS5 that Greedfall is at its best. The 30 FPS are always guaranteed even in the most agitated situations that guarantee excellent playability throughout the game. The 60 frames per second, on the other hand, are not so stable but the pace of the game makes everything difficult to notice and does not affect the enjoyment of the title. The astonishing instead difference in loading times between one scene and another thanks to the PlayStation 5 SSD which makes everything faster, smoother and more enjoyable to play.

The review of GreedFall on PS5 in a nutshell

Greedfall manages to give its best on PS5 thanks to enhanced hardware and DualSense support. The Gold Edition is the right opportunity to savor again or for the first time the fantastic adventure offered by the title which, albeit with some flaws, will be able to keep you glued to the screen for several hours. Added to these are the adventures of the expansion The De Vespe Conspiracy, included in this edition, which will allow you to explore a new area of ​​the mysterious island. Threats and Treasures await you, now also in 4K.