In this new preview we will talk about HammerHelm, a hybrid between a city builder and an adventure in which we will have to help dwarves to settle on the surface

HammerHelm is a hybrid between a city builder and a third person adventure developed by SuperSixStudios and published by SOEDESCO Publishing. The title entered early access back in 2017 and has been constantly updated by its developer over the years. After almost three years, many things have changed and in this preview we will go to discover together how far HammerHelm has come.

HammerHelm is set within a very classic fantasy world. Our protagonist is a dwarf who, tired of living underground, decides to try to settle on the surface along with other similar ones. The dwarves, however, are not used to living in the open air and they will have to deal with many difficulties they are not used to.

In addition to gathering enough resources to survive, they will also have to face orcs, goblins and many other creatures that inhabit the surface. Without the rock walls of the mines to defend them, the dwarves will have to work hard for protect their new home. 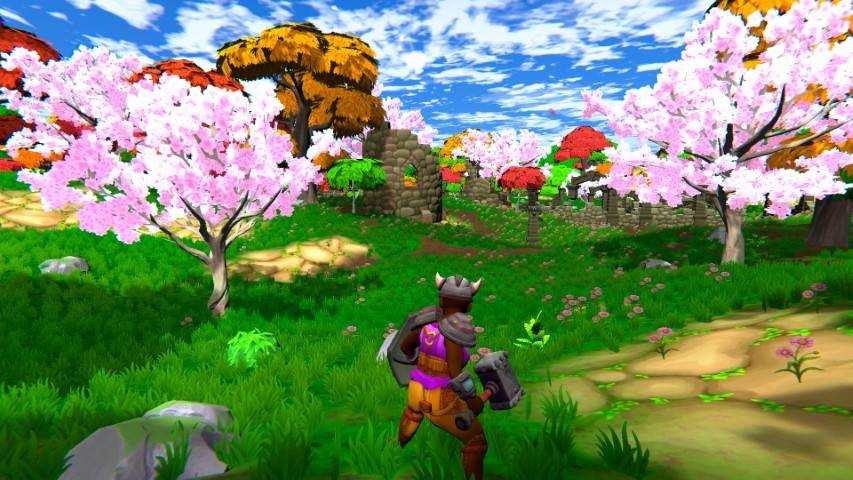 Thrive on the surface – HammerHelm preview

HammerHelm’s main goal is to create a large and thriving city, and to do that we will need to build a lot. Within the game they are present really many facilities and each of them will have its own role. We have houses to offer shelter to citizens, carpenters to build furniture, blacksmiths for weapons, fields to cultivate, wells, sewers and much more. Having a good variety of facilities will be key to making the city thrive, but at the moment not everything is necessary.

At this point in the game’s development There is no point in creating many of the advanced structures that are offered to us. If a plant does not produce basic necessities or basic resources, then you can safely leave it alone. In case you want to have a complete city you can still commit to building everything, but in exchange you will have only some aesthetic objects and negligible enhancements. 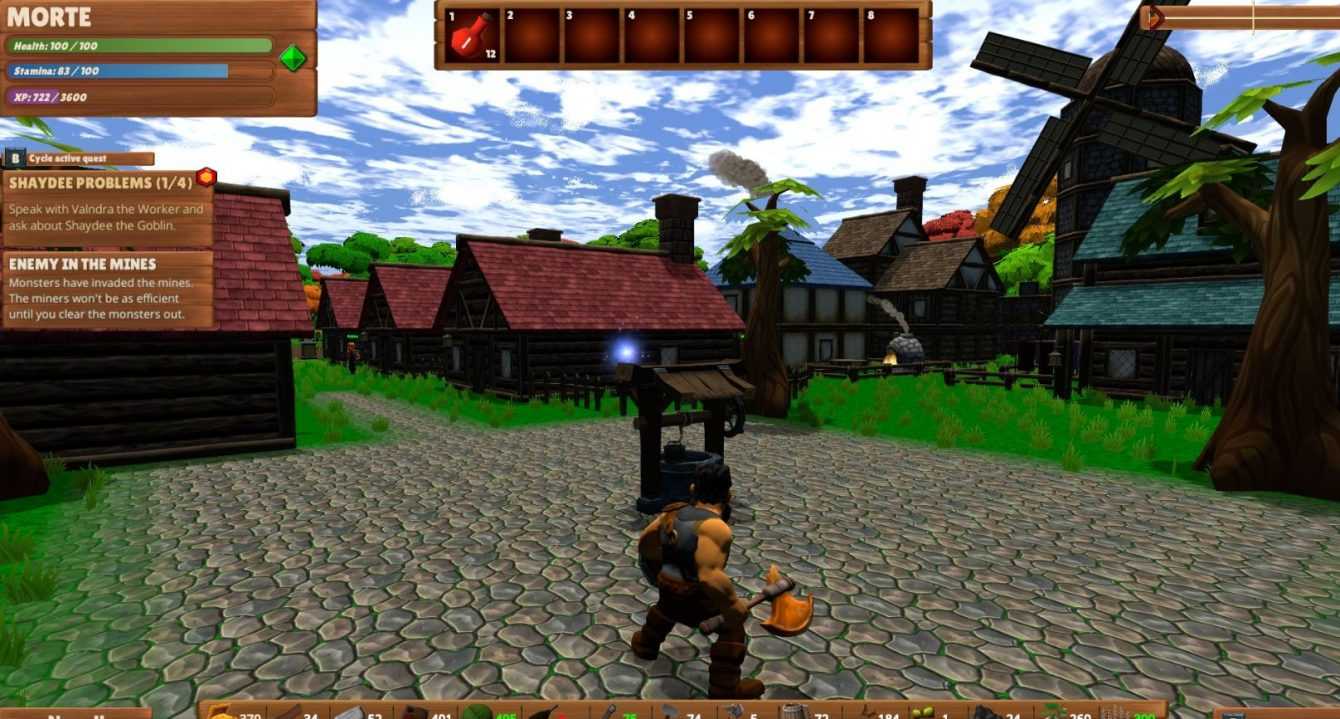 To do anything within this title you will need a lot of materials and even if you can retrieve them yourself, you will surely do it sooner asking your citizens for help. All members of your community they will actively contribute to the recovery of resources and, if you have the right facilities, they can also be assigned to specific jobs like the farmer or the miner.

The more houses you have in your settlement, the more dwarves you will have and consequently the faster you will collect materials. Having so many citizens, however, also entails disadvantages, given that each of them will have their own needs. All of them will need food, clothing, beer on a regular basis, and as if that weren’t enough, you will also need to keep them in a good mood. The dwarves have never been a very patient race and having them in a bad mood risks creating serious problems for the whole city.

To keep track of your citizens, you need to make sure they have enough basic necessities and some basic services like fresh water and sewage. Also to keep a dwarf happy you will need to take his own into account personality. In fact, each of them will have specific characteristics and may prefer one job over another. Assigning every citizen the right job will allow you to see both economic and social improvements. 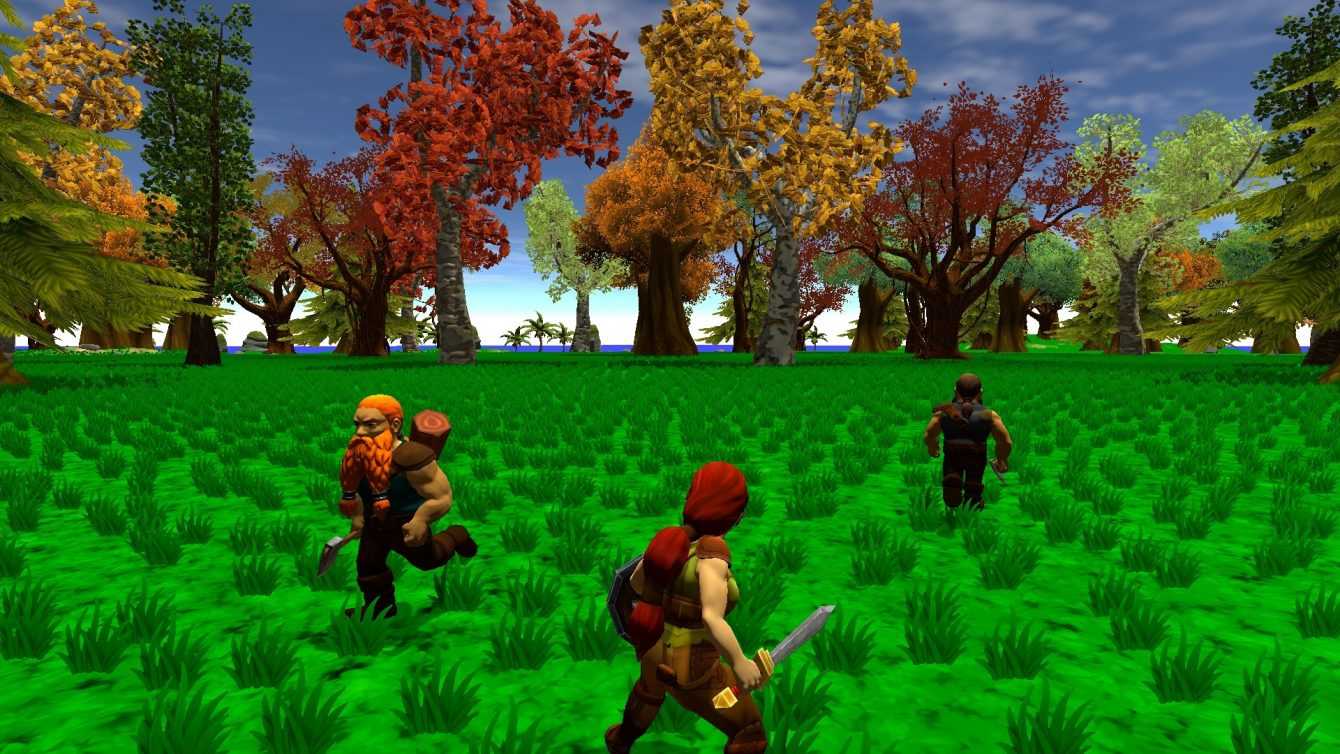 As your city grows you will need more and more money and the best way to earn it is to complete the quests. Luckily missions never fail in the world of HammerHelm and your citizens will never leave you with nothing to do. The main activities that you are going to carry out will be those typical of every adventurer, that is defeat monsters, collect items, clear dungeons and so on.

Over time, however, you will find that most of the game’s missions are nearly identical and they will always give you the same rewards. By building more structures you can unlock new quests, but they will always be very similar to the previous ones. Luckily occasionally there are welcome exceptions, but for the duration of your game you will find yourself mainly doing the same actions over and over again.

Going on this one repetitiveness it turns out really boring and the game’s combat system doesn’t help at all. Combat is extremely crude and you can only attack, defend, dodge and use a kick to take down enemies. To defeat your opponents, all you have to do is knock them down and then use the basic attack repeatedly until they are defeated. By equipping different types of weapons you can use specific skills, but they will be less and less useful than calcium e they won’t add much variety. Also the enemies are really weak and once you have learned better how to play you won’t even need to defend or dodge anymore. 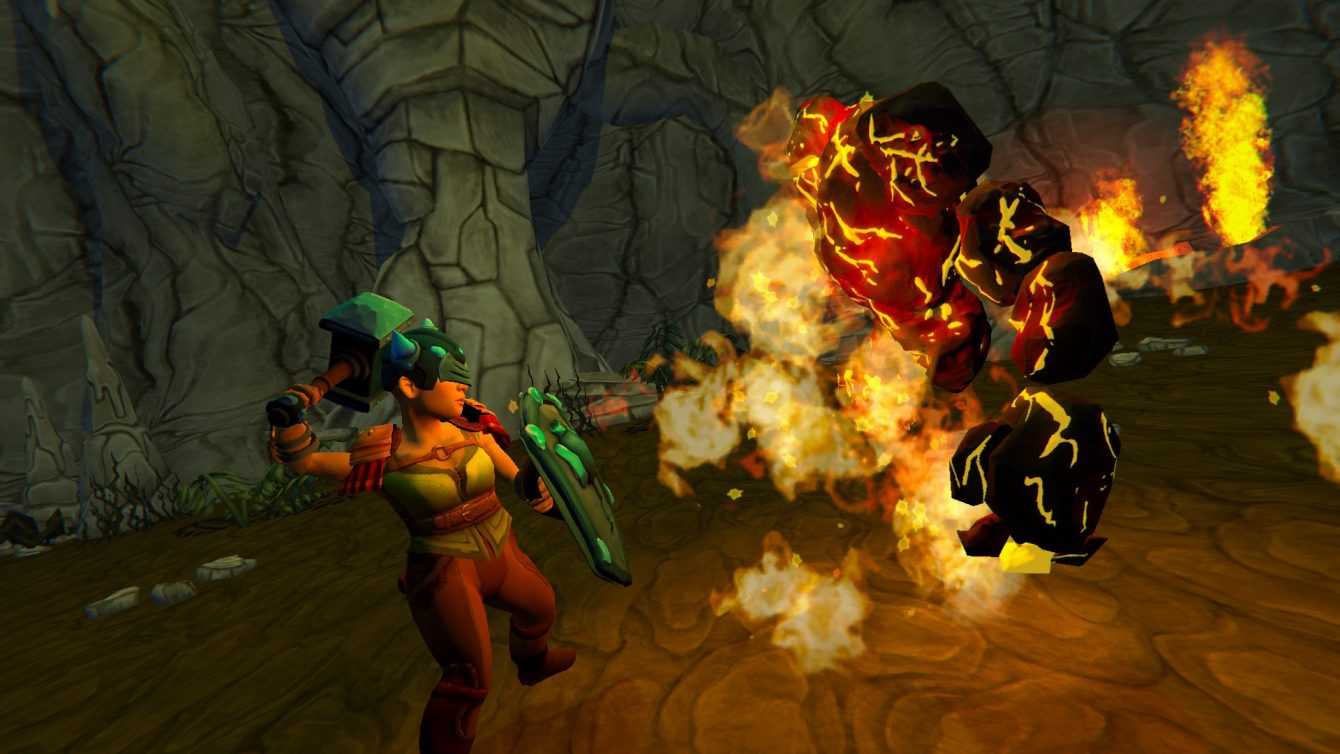 You don’t need to be an expert to understand that HammerHelm it’s a very crude title. The models in the game are crude, careless and do not have many details, moreover also the animations are extremely woody. Visually the game delivers a pretty nice rendering, but this is certainly not its strong point. Fortunately, given the lightness of the title, certainly even those who do not have an extremely high-performance PC are able to play HammerHelm without problems.

As for the technical side, however, we did not notice any serious problems. Throughout our test we rarely encountered bugs and often it was just minor problems like disappearing streets or chests that don’t open. Also the framerate is quite stable and we only noticed a few drops in specific dungeons. 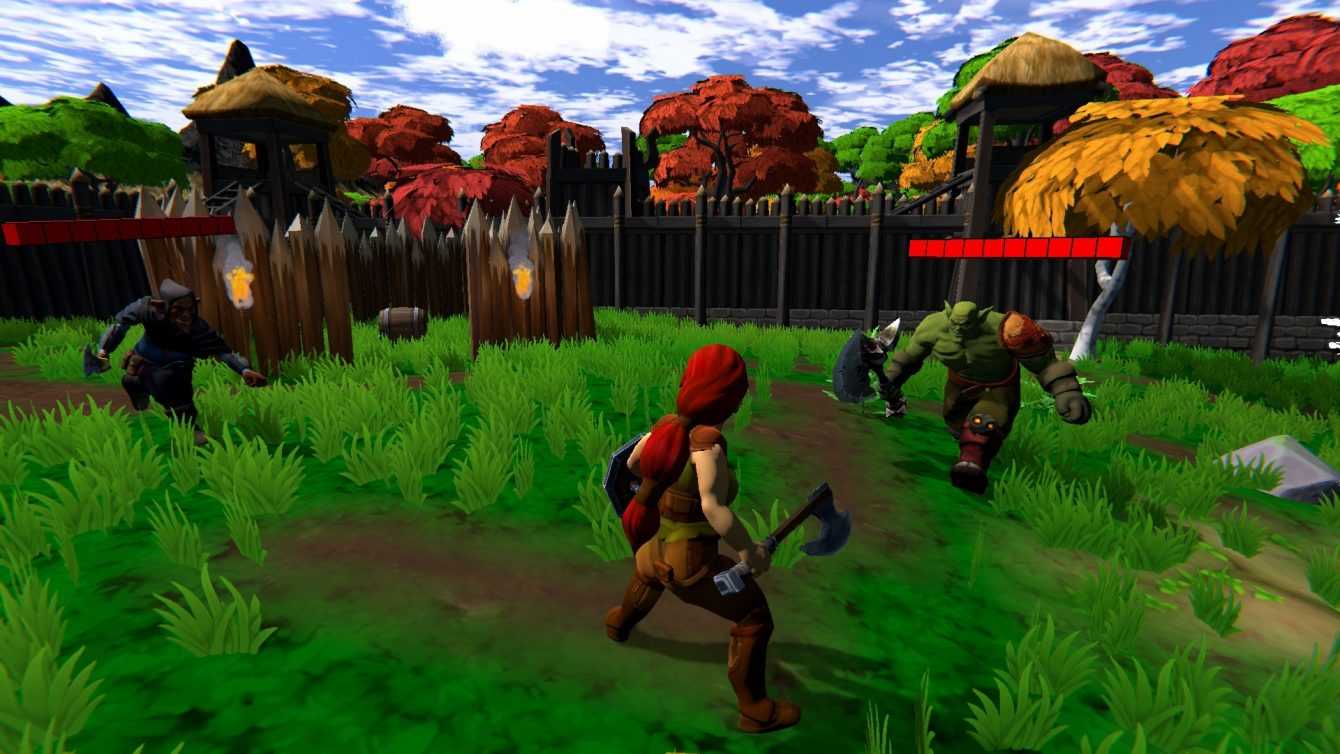 Overall HammerHelm is a very nice title, especially when we consider that it is being developed by only one person. Regarding city ​​management the game offers a lot of content and over time it can only get better. On the other hand, missions and combat represent a big weakness, which risks seriously damaging the players’ experience. In any case, we must take into account that the game is in early access and there is still a lot of time to improve. If SuperSixStudios can make the missions more varied and improve the combat system, then HammerHelm it could become a really good title.

HammerHelm is available now on Steam in Early Access. If you found this preview useful and want to stay updated on all the news regarding this title and much more, continue to follow us here on TechGameWorld.com.