Apple yesterday he held his long awaited presentation where he launched the new ones iPhone 13, iPad classic e mini e Apple Watch Series 7. The news, as always, was certainly not lacking: here is a summary of what Apple announced at its Keynote on September 14 and what we think of the news.

The new range of iPhone 13: specifications, news and price

Apple focused much of its event on new iPhone 13, announced regular models – iPhone 13 e 13 mini – and then the Pro e Pro Max.

The Pro series consists of a device with 6.1 “and one 6.7” display, Apple has indeed decided to keep the same size as the iPhone 12 Pro series, but adding the functionality of 120Hz. This is called ProMotion and consists of a refresh rate dinamico which changes according to what is displayed on the screen. For example, with a static page we will use the minimum refresh rate, but when we start scrolling the iPhone will go to 120Hz. The display is also the 25% brighter outdoors, thanks to a peak brightness of 1000 nits, and the notch has been slightly reduced.

Among the improvements over the previous generation we find the processor A15 Bionic, more performing and efficient and equipped with a 5-core GPU. Apple has iBattery life is also increased, again thanks to the efficiency of A15 Bionic, which now earns 1.5 hours more on the iPhone 13 Pro than its predecessor and 2.5 hours more on the Pro Max. Of course, 5G technology is not missing. The biggest leap forward in the Pro range is definitely in the cameras. Apple has decided to try to outdo the competition. The new ultra-wide angle that focuses at just 2 cm apart and catch the 92% more light, for perfect night photos. The wide angle has a wider aperture too, allowing it to capture up to 2.2x more light for an improved night mode. The new telephoto lens has 3x optical zoom and a focal length of 77mm, for sharper photos and videos.

Apple also announced the arrival of the Cinema mode, which allows you to shoot videos with shallow depth of field and automatically shift the focus. Plus you can film in Cinema mode with wide angle, telephoto and TrueDepth camera: the mode supports HDR format with Dolby Vision.

iPhone 13 Pro and Pro Max are available in a new colorway called Sierra blue, in addition to the classic Silver, Gold and Graphite colors. They can be pre-ordered from 2:00 pm on Friday 17 September and available from 24 September to a starting price of € 1189 for the 128GB Pro and € 1289 for the Pro Max. This year Apple also introduced the variant with 1TB of internal memory. iPhone 13 and 13 mini – respectively with 6.1 “and 5.4” displays – have the photographic compartment placed at 45 °, to make room to the larger wide angle sensor and a new optical stabilization. The new ultra-wide angle captures much more light and is faster. Also on these models the night mode has been improved and the Cinema mode, which automatically creates depth effects and focus changes.

They too are equipped with chip A15 Bionic, a processor with improved performance and efficiency, e Super Retina XDR display is 28% brighter, with a brightness of up to 800 nit, and the notch is smaller. The battery has also been improved: iPhone 13 provides 2.5 hours of battery life and iPhone 13 mini 1.5 hours more.

iPhone 13 and 13 mini will be available for pre-order from 2:00 pm on September 17th and available from September 24th. The price is starting from 839€ per iPhone 13 mini e 939€ per iPhone 13: both now start with 128GB internal memory instead of 64GB. The colors available are Pink, Blue, Midnight, Galaxy and Product Red. Apple announced the arrival of the new Classic iPad, the base model of its tablet range. This has been enriched by the new A13 Bionic processor; new improved cameras including a wide-angle sensor that allows you to shoot a greater field of view; And display True Tone which adjusts the color temperature according to the lighting conditions.

The front camera is 12MP with ultra wide angle, equipped with the “automatic framing” function that allows you to keep the subject, during video calls, always in the center of the scene. The rear one is from 8MP, instead, with wide angle sensor. The new iPad supports First generation Apple Pencil for taking notes, drawing and much more. You can also buy the Smart Keyboard, to equip the iPad with a case and a comfortable keyboard.

The new iPad is already available for pre-order and will be available from 24 September starting from 389 € for the 64GB version. The colors available are Space Gray and Silver and it is also possible to choose the version Wi-Fi + Cellular. iPad mini it was completely revolutionized and was one of the most anticipated products of this Apple Keynote. The square design goes to resume the new iPad Air, with an all-screen aesthetic without a home button and equipped with a fingerprint sensor inserted in the on / off key. It is endowed with the mighty chip A15 Bionic, 8.3 ”diagonal retina display, 500 nit maximum brightness e connectivity with USB-C. There is also connectivity 5G to work comfortably on the go. It is compatible with the Second generation Apple Pencil, which recharges wirelessly by magnetically hooking it to the device.

iPad mini is already available for pre-order and will be available from September 24th starting from 559 € for the 64GB version only Wi-Fi and € 729 for the 256GB version. It is available in Space Gray, Pink, Purple and Galaxy colors and it is also possible to choose the version Wi-Fi + Cellular. Among the novelties of Apple certainly could not miss Apple Watch Series 7. The rumors gave almost for sure the arrival of a new smartwatch with a square design, which took up iPhone 12 and 13, but Apple has decided to surprise everyone by presenting an even more rounded Apple Watch. The display is 20% larger, with edges reduced by 40% and is 70% brighter indoors.

Apple Watch Series 7 now comes with one tastiera full-size, to be able to write comfortably – especially thanks to the swipe functionality – and several apps have been redesigned to take advantage of the larger display. Among these, for example, we find the calculator and the timer. The new smartwatch is also more resistant, both to shocks and to dust, with a front crystal that is 50% thicker. It also loads faster: in 45 minutes it reaches 80% charge and in 8 minutes it allows 8 hours of sleep monitoring. Unfortunately, the company hasn’t increased the battery life.

Ora Apple Watch track cycling workouts and better calculate the calories consumed in case you use an electric bicycle.

They were the sensors have also been improved, like the one that measures blood oxygenation, but no new ones have been added. Apple, perhaps, will add new sensors in the 2022 Apple Watch – a temperature sensor and one to measure blood glucose are expected. Apple Watch Series 7 will be available this fall in titanium, stainless steel and 100% recycled aluminum.

Speaking of Apple Watch, the Cupertino company has finally announced that Fitness + will arrive in Italy – and in other countries – in the fall. The fitness service allows for 11 types of workouts, including new Pilates and guided meditations, and new workouts every week.

What do we think of the news presented by Apple?

After revolutionizing their iPhone 12s last year, it was certain that Apple couldn’t make big changes to the new iPhones. The technology has now almost reached a saturation point and it is difficult to really renew a smartphone from year to year: the company’s effort has therefore focused on cameras and displays, aware that these are the only fields that can currently be improved. There range Pro is dedicated to those looking for an excellent device for photos and videos, the normal range instead for those who want a compact but performing device.

iPad miniinstead, it has been revolutionized and it is our favorite product presented yesterday. It has a square but compact design, it is performing and has nothing to envy to the larger devices. This is a miniature iPad Air and is perfect for many different occasions. L’Classic iPadInstead, it has been improved in terms of performance but not aesthetically: it is the iPad that we recommend to all those who do not want to spend too much, but want to try the Apple and iPadOS experience.

Apple Watch Series 7 for many it seemed subdued, but even in this case it must be admitted that the previous model was already equipped with the main sensors. Of course, Apple is expected to integrate additional sensors, such as the one for pressure or temperature, but we know what the company’s technique is. In fact, Apple only inserts a technology when it really is for it perfect and evidently it was too early to insert these sensors. The design has been nearly identical for a few generations, but we appreciate the effort to increase the size of the display without changing the size of the case. 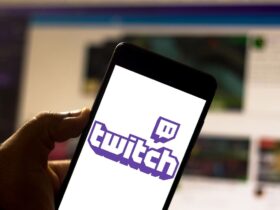 Twitch reduces the cost of subscriptions in Italy