What technologies could we dream of, or more concretely expect, for the near future?

To answer the question, Sony comes to our aid, which for the third consecutive year has created an online event, Sony Technology Day. In which it presented what are expected to be the most promising technologies for the next ten years.

And if those technologies contribute to designing them, producing them and calibrating them according to users’ tastes, it is to be trusted.

Let’s find out which are the most important technologies that we will meet tomorrow, and which were presented at the third edition of Sony Technology Day.

The online event in which Sony presented the most promising technologies took place on the night between Monday 6 and Tuesday 7 December (Italian time). Naturally excluded those possibly top secret, kept silent to all except to the people directly interested in their development.

The perspective of the meeting was expressed by Toru Katsumoto, Executive Deputy President and CTO of Sony Group Corporation: moving towards the evolution of creative entertainment through technological innovation.

Let’s find out what it is.

Let’s start with an ever-current topic: the game of football.

Not only because football remains the most loved sport by Italians. But also because the news of the introduction of semi-automatic offside is very recent, thanks to which technology will intervene in support of referees and linesmen.

In reality, the demonstration of the system was done with football, but Skele Track is applicable to any sport. And it works like this: a series of cameras captures the movements of the athletes by collecting skeletal data in real time and with extreme precision.

The data, processed through artificial intelligence, identify the posture of each player. And, displayed in computer graphics almost like a video game, they allow you to improve both team strategies and individual performance.

The future of robotics

The technological evolution of robotic hands was shown at Sony Technology Day. Which are now able to adjust the strength of the grip with a sensitivity never seen before.

So here is a manipulator (the technology is called Manipulator) capable of picking a rose. The action is made possible by a dynamic analysis of the pressures and by a proximity sensor that calculates the position of the artificial limb with respect to the object to be grasped. And it corrects the centering in real time.

Another topic addressed at Sony Technology Day was that of virtual productions.

In-Camera VFX allows you to project a 3DCG image linked to camera movement on an LED display installed in the production studio. The result is high-quality virtual sets that can be modified instantly.

There are two elements used to achieve this effect. One is Crystal LED, a curved display that combines backlight control technology with Bravia processing systems to project images with high resolution, brightness and contrast.

The other is the Venice 2 digital cinema video camera, with an 8.6K image sensor capable of capturing a wide range of colors in different lighting conditions.

A virtual reality viewer equipped with two OLED microdisplays, each with 4K resolution, was presented at Sony Technology Day.

The images conveyed are of the highest quality and very low latency, for an almost perfect synchrony with the movement of the head.

Among the other technologies shown at Sony Technology Day, let’s mention at least three.

in the meantime the LiDar system, which is an integrated chip for autonomous driving capable of detecting distances from vehicles and objects, even in conditions of minimum light.

Then the Mimamori project, an environmental observation platform that through a combination of technologies (from predictive analysis based on artificial intelligence to humidity sensors) could monitor the environment on a global scale.

In the end, three technologies to raise the level of immersion of Playstation games. Tempest Audio, which creates a 360-degree audio environment with any headset thanks to HRTF (Head Related Transfer Function) technologies. And two technologies applied to the DualSense controller: new dual actuators for creating haptic feedback (i.e. tactile responses during gameplay), and new active triggers that can both create resistance and vibrate. 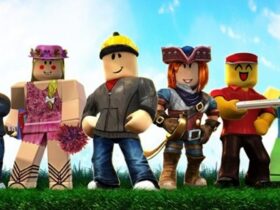 Apple Under Investigation Again: Did the Company Favor Roblox? 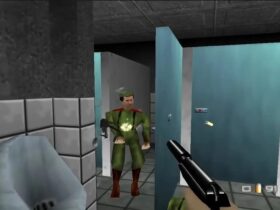 New GoldenEye 007 objectives appear online: is the title coming back? 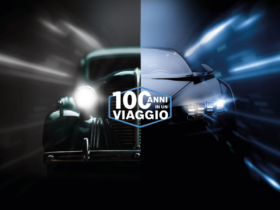 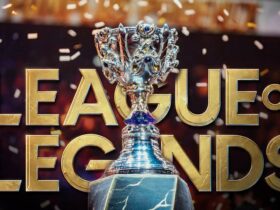