Sony has not yet confirmed the titles of the State of Play event scheduled for February: according to various rumors it could be the perfect opportunity to present Hogwarts Legacy.

Will Sony present Hogwarts Legacy at the State of Play event?

According to the reporter Tom Henderson, known for numerous news leaks, the next live stream of State Of Play it could be the right stage to unveil the highly anticipated Hogwarts Legacy.

The current rumor is that the next Sony event looks like it could be in February based on this month’s media events and past PlayStation dates.

It’ll probably be State of Play, but it has the potential to be a pretty big one IMO. pic.twitter.com/Si0QSY7PeZ

“Apparently the rumors speak of a new Sony event in February, consistent with the events planned this month and those past PlayStation branded. My opinion is that a big title will be presented “

The tweet he obviously let it gallop the wildest fantasy of fans, which in the answers converge on the most appetizing hypothesis: the one that inserts the highly anticipated title of Avalanche Studios. In fact, although there are many more triple-A games on the way (one above all God Of War: Ragnarok) according to NME it is likely to be precisely Hogwarts Legacy the novelty of the event. Also according to New Musical Express it would be from averting the hypothesis Final Fantasy 16, as the game is currently delayed.

As far as we know Hogwarts Legacy will be an open world action role-playing game, obviously set in the magical world of Harry Potter. Players will create their own character and will be able to craft potions, master the casting of spells and improve all those talents typical of a skilled wizard. All of course while they attend the Hogwarts School of Witchcraft and Wizardry.

In short, buying the video game will be like receiving that long-awaited letter that we all dreamed of, the one that gave us an appointment at platform 9 and 3/4 to attend the first year at Hogwarts.

Waiting to find out if the rumors will be founded, we remind you that the release of Hogwarts Legacy is scheduled for PlayStation 4, PlayStation 5, Xbox One, Xbox Series X | S and PC. 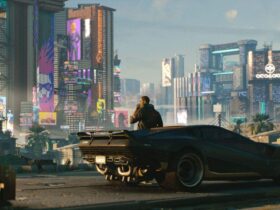 Cyberpunk 2077 and The Witcher 3: Multiplayer will come gradually

Laxidaze: the Kickstarter campaign for the ambitious indie is live 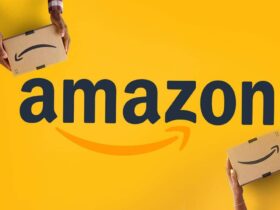