League of Legends is continuing its expansion to new platforms and it seems that it is almost everything ready for Arcane, the new animated series Netflix dedicated to the brand. The streaming giant, in collaboration with Tencent, will broadcast Arcane just after the end of the League World Championship final on November 7, 2021 and we recently got a look at a new trailer.

League of Legends Arcane: here is the trailer

According to official information that has been shared for now, League of Legends Arcane will be divided into three different story arcs, each of which will consist of three episodes each. Netflix seems to want to adopt a slightly different publishing strategy from the usual one from this point of view, given that the first act will be available on 7 November, the second on 13 and, finally, the third on 20.

As for the plot, as also seen in the trailer, Arcane wants to tell one history of rebellion and contrasts, which are exemplified in the balance that binds the rich city of Piltover and the decadent Zaun, now a victim of poverty and degradation. The series was therefore born both to tell the stories of the champions that can be played in the title, and to create a living world that is credible.

In this regard, Netflix has specified that Arcane wants to be a series suitable even for those who know nothing or almost nothing about League of Legends. Worldbuilding and characterization of the characters should therefore be thorough enough to be intelligible to anyone, whether they are pro players or simply users looking for healthy entertainment.

In the trailer released the more experienced will recognize some familiar faces such as Jinx, We, Jayce e Caitlyn, of which the series seems to want to tell a real story of the origins. All against the backdrop of the two vibrant cities, wonderfully made in computer graphics.

Netflix also shared a list of voice actors, both English and Italian. Here is who will lend his voice to our heroes:

A history of dualism

As he pointed out Alex Yee, co-creator of Arcane, the series wants to tell a story of dualism, in which the characters are divided just like the cities that form the backdrop to their adventures. The protagonists have opposite but also complementary values ​​and opportunities. On the other hand, you can easily be the hero of one story, becoming the villain of another.

“The champions in Arcane are the ones that players have come to love in our titles,” Yee explained. “They should look very familiar, but there may be differences in the TV adaptation. The series will explore the extremes our characters will go to when family and tradition find themselves against principles and beliefs.. Their inner struggles have an unexpected effect on the world and shape the future of their sister cities ”.

Judging by the trailer as well, it looks like the series will initially focus on the two champions Jinx e Vi, as he also confirmed Christian Linke, the second author who gave birth to the script for Arcane: “When we decided to create Arcane, we knew we had something special in hand with the story of Jinx and Vi. We wanted to explore the idea of ​​what you can do for your family, the compromises you can make and the conflicts that follow. The story, along with the hand-drawn graphic style and character animation we created together in Fortiche, will allow players to discover the world of League of Legends. ”

In short, the prerequisites for a quality product are all there, we just have to wait for November to get an idea in first person. 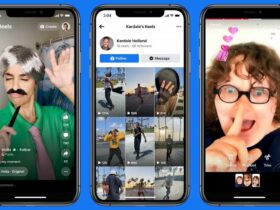 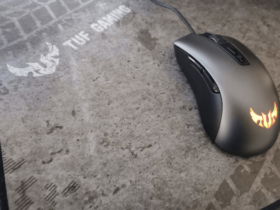 TikTok is the most downloaded App in the world