LEGO a few hours ago announced that its series of interactive bricks dedicated to Super Mario will soon also welcome the brother of the iconic Nintendo mascot. In fact, the arrival of the new playset was officially announced a few hours ago Luigi’s Adventures Starter Pack for LEGO Super Mario. The latest addition to the expansions dedicated to the hydraulic mustachioed line, the set is already there available for pre-orders, with a distribution set for the end of the summer.

Luigi’s Adventures Starter Pack it is similar in all respects to the similar kit dedicated to Mario, and marks an additional entry point within the line of bricks created in partnership con Nintendo, as well as being compatible with all Expansion Packs, Collectible Character Packs and Power-Up Packs.

Taller than the brother of a dog tag LEGO, Luigi it is equipped with a sensor that detects colors, an LCD screen to display the different reactions to movement and a speaker that plays iconic sounds and music from the video game series Super Mario.

With LEGO Luigi, children aged 6 and over can “take the experience to the next level” LEGO Super Mario. Moving LEGO Luigi from the Starting Tube to the Palo della Meta, players can earn digital coins in the real game level by helping LEGO Luigi to complete the challenge of the rotating carousel, interacting with the new one Yoshi Rosa and defeating Boom Boom e un Bone Goomba.

Adventures of Luigi Starter Pack (71387) includes brown bricks, representing the Tower biome and will trigger a new sound of LEGO Luigi, and a Block? designed to offer exciting extra rewards. The line LEGO Super Mario offers a unique gaming experience, where players will get an immediate response to their creative way of building and playing. 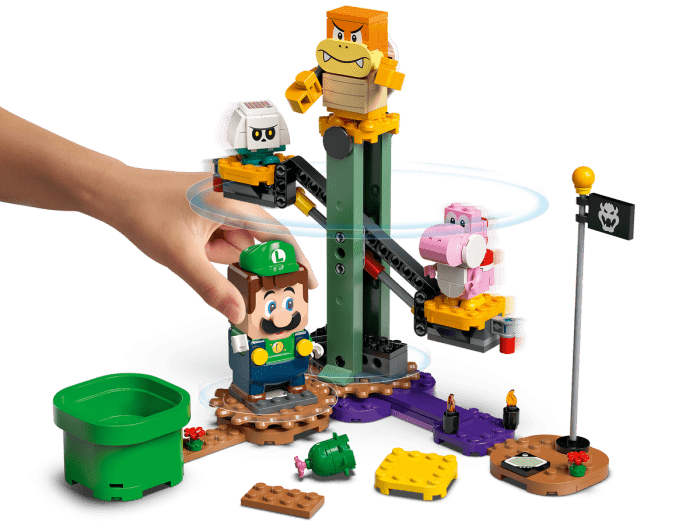 “We are very happy that Mario’s twin brother Luigi is joining the LEGO Super Mario family with the new LEGO Super Mario Luigi Starter Pack Adventures. Be sure he will be welcome to your adventures in the LEGO Super Mario world. Luigi’s arrival alongside Mario creates fun new gameplay possibilities. I am eager to find out what exciting journeys the children will take with these two characters. “

“LEGO has always allowed kids to unleash their imaginations and we are very happy that Luigi has arrived to help them create new LEGO Super Mario adventures. Everyone loves Luigi! With his unique personality, green beret and iconic mustache, he has been loudly requested by fans around the world and we are thrilled to welcome him to this interactive line, which is truly changing the way people enjoy themselves. with Super Mario and the LEGO game. “ 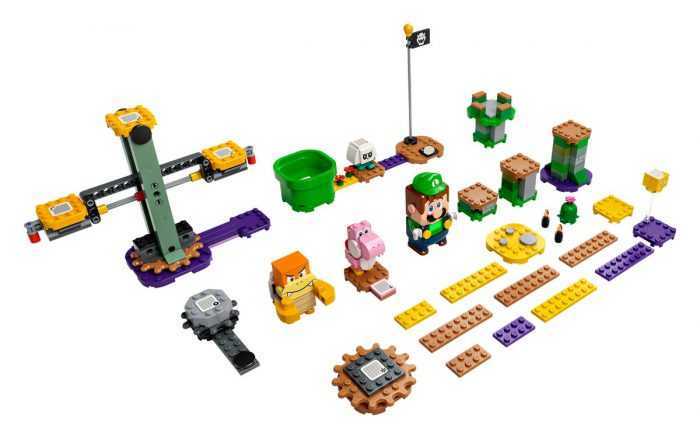 Composed of 280 pieces, the playset can is compatible with all the other kits in the series, and keeps track of scores to encourage new reconstructions. It also offers building instructions, creative tips, and a safe platform for kids to share ideas to further enhance the physical and creative play experience.

The recommended price is 59.99 euros, while the distribution will take place starting next August 1st. However, You can pre-order this LEGO set at a discounted price, with a T-Shirt and Expansion Set as a gift.

Pre-orders are also active through the official page on the LEGO website, in LEGO stores and at all other selected retailers. Will you buy the kit in question? Let us know in the comments, here on TechGameWorld.com.