FPS game, strategic, turn-based and regulated by time loops: Lemnis Gate has been somewhat muted at least until the date of its release, and in this review we will see if it will be worth playing it

Lemnis Gate, a name inspired by the word “lemniscate”, was announced during Gamescom 2020. From the game images alone, one could be misled, considering it basically one of the usual shooter works without soul or body. A title created only to group as many users as possible within the servers of a stale multiplayer, where you can let your sleepy neurons wander around for a few hours of carefree gaming. But if Lemnis Gate were really all that, we certainly wouldn’t be here to review it.

We are faced with a FPS with an appearance initially somewhat generic, but the needle of the balance is moved by the very particular and unique mechanics that structure the gameplay, and which almost always distance themselves from casual fun games such as Fortnite and Apex Legends and Call of Duty. By casual fun, we mean we won’t be able to flicker around the map all the time and rack up kills.

This is because of time, other than 25 seconds per round, there is none. Yet this does not imply at all that the game is not fun or that you cannot feel the satisfaction of knocking down your opponents, quite the contrary. Lemnis Gate promises to be one of the few first-person shooters that, if maintained and supported with due care, could win in this market saturated with battle royale and stencil multiplayer games. Let’s say it could, but with some reasons that explain the difficulty in making it happen. Keep reading the next lines of this review to find out what lies behind it the uniqueness che ha Lemnis Gate.

Don’t try to understand it, feel it – Lemnis Gate Review

We will begin our review by introducing the gameplay, as it is the theme we could assume it is more complicated but that it will really be worth discussing in order to get to know it fully (not because it is particularly cumbersome once put into practice, but because conceptually rather complex to describe), especially for those who read but have never had the opportunity to try or see directly how a game works in Lemnis Gate. The game should be classified as a turn-based shooter, which can last a few seconds or even longer, depending on the various game modes and how much reasoning you intend to do during observation of the players’ moves.

On this point, we specify that we can control a drone, moving it around the map every time you wait your turn, thus studying every strategy, action and variation of the opponent during the game. The game system will always be based on the same principle: in turn, you will have them available 25 seconds, to be repeated in five or six rounds of time loops. In that period of time we will have to carry out actions, such as bringing a matter to the base to power a Lemnis portal, or destroying / defending generators. In the following rounds, we will begin to influence what happened in the first round, through new and different actions. Although it may initially be a little arzigogolata, it’s a pretty simple mechanic to grasp once you’ve tried it. Returning to the Lemnis Gate gameplay, we will be able to try every imaginable tactic, also ending up with the decision to shoot towards an empty area during the turn, if we consider it a palpable passage point and therefore a good place to put obstacles. But be careful, as he is always present in matches friendly fire, and being too careless could cost you a lot in the following turns. We must reiterate how important the strategy used is, since the opposite player will be able to interact with your first turn, playing the same 25 seconds that you just played and which he witnessed.

However, the more rounds you complete, the more clones of ourselves will appear within the match, and this is where it all starts to become exhilarating. In fact, any “agent” (ie the character we use in a turn) could turn the tide of the match depending on their next moves, such as set traps in front of a goal that we know will be captured, or even shooting at nothing near a corridor, so that the bullets hit the most inattentive enemy or force him to find a way to avoid being killed. A single “agent”, perhaps deployed at the last available loop, could ruin the strategy so far built by our opponent even with a single well-conceived action. 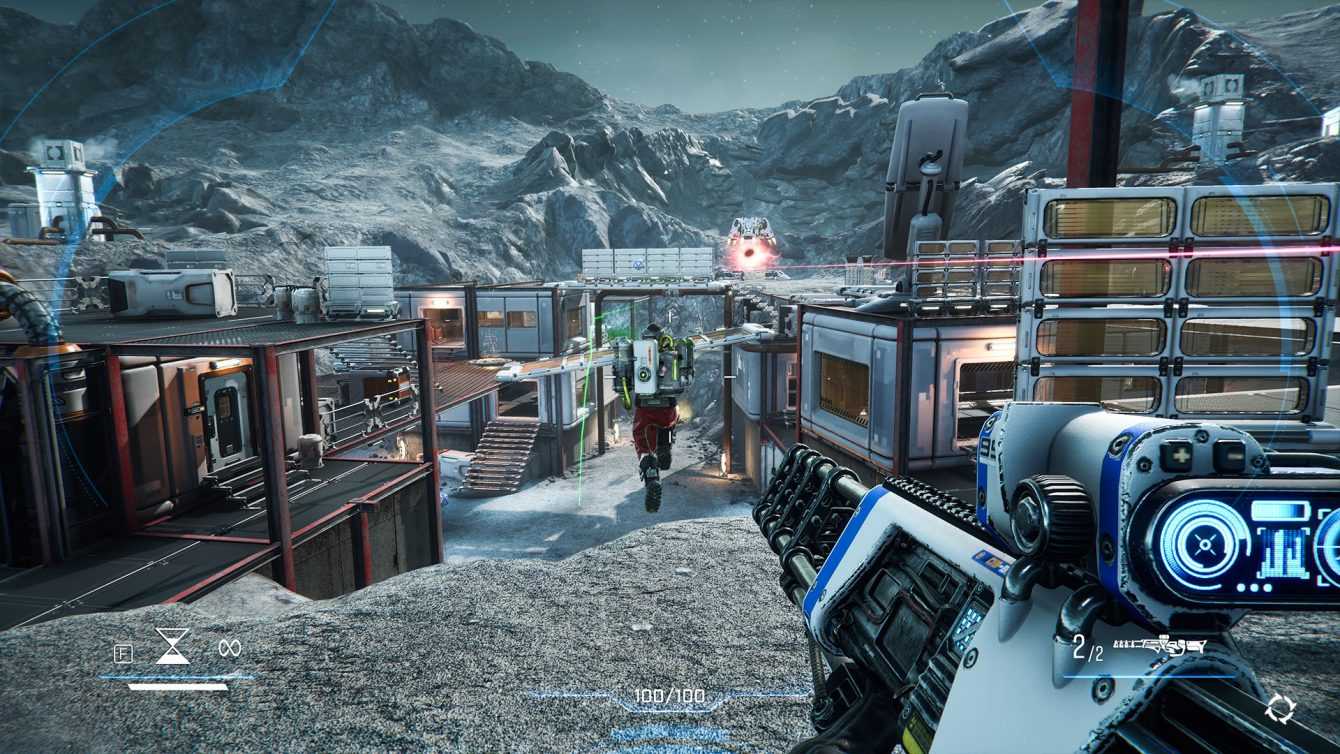 I fall once, I get up seven – Lemnis Gate review

If you die during a turn of the game, you can continue to perform actions through your own ghost, and only if our character is saved during the next turn, the actions “Ghostly” they will become real. There are seven total characters in Lemnis Gate, all of which are deployable maximum once, and supplied with unique skills and weapons. Of course, they don’t really stand out due to their original design, and for a game with such potential, using conventional archetypes might be a bit of a waste. However, it must be said that, even if they do not possess particularly striking moves, they satisfy a certain variety required for an FPS.

As mentioned so far in the review, it will be difficult to win a match in Lemnis Gate without it plan carefully your own moves: among the reasons behind this are the seven available agents, who can be deployed only once per game by both players, thus pushing to maintain a certain tacticism. In short, if our team sucks, we will only have to blame ourselves. Among the playable heroes, we have an agent with the ability to slow down time, armed with a sniper rifle; a runner equipped with pistols who performs dart; a girl armed with a toxic cannon and capable of teleport if; a scattering chick of turrets; a Japanese weeabo super armored; a girl with basic equipment, devoted only to her mission and hers trusted arsenal; finally, a robot from the weapon to the laser sonico rather overpower.

The game modes present in Lemnis Gate are four: between Search and Destroy, Domination, Recovery of Matter Exotica, e Death Match, the modes that could be more fun to play, if you want to follow a strong strategic approach, are often those that see killing as the primary vehicle to achieve victory among the objectives. The accumulation of points needed to win it is not only related the number of kills made, but also how many objectives you manage to complete; yet, killing the opposing player’s clones is important to make this happen fail to complete an action, or to avoid putting a spoke in the wheel; participants will therefore have to think carefully about what to do to gain an advantage.

The number of players in the match ranges from two to four, and it is also possible to do matches locally, from the same screen. Game options can be set to play with simultaneous shifts, with players moving at the same time, or with separate shifts, in which each player will have to wait for the other’s move. The second option could prove to be advantageous for those who start later, since they will be able to build a strategy already; as for simultaneous shifts, these soon lead to a situation chaotic, as we get to the last few turns we will have a bunch of clones that will run all over the map. However, it must be admitted that the latter modality is more satisfying and exhilarating, compared to waiting for their turn that involves the other.

Turning to the maps, they are present twelve different zones, which are grouped into four maps for each mode in which you can challenge each other. Each map has been built in the most careful way possible, taking care to maintain the right balance between the challengers during the games, even when there are characters with the same or totally opposite moves. In this respect, the developers were able to create functional environments, which do not create openings to be exploited for possible camping or exploits, but there is still the fear that in a short time tactics and textbook strategies could come out, in order to immediately conquer the battlefield during the games. 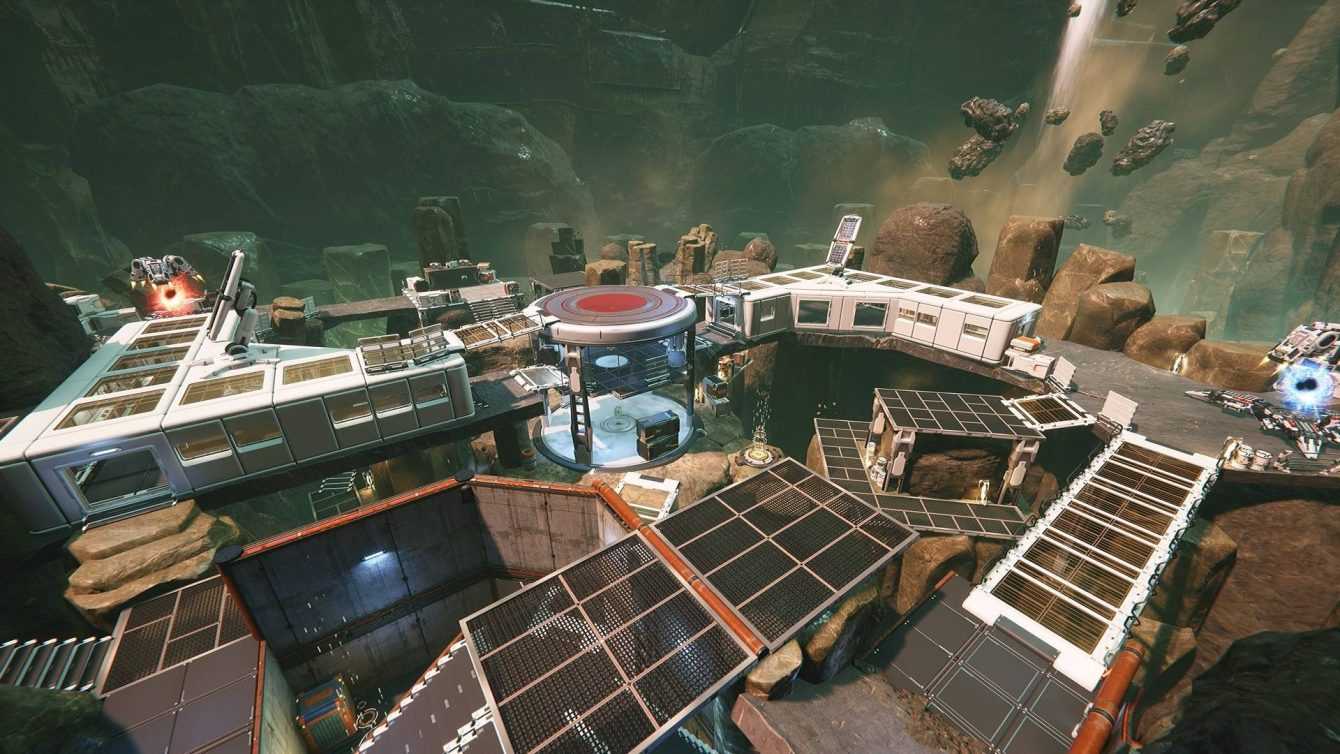 We live in a twilight technical sector – Lemnis Gate Review

Since it was played on PC, the review of Lemnis Gate will focus on this platform: the commands are well manageable, and there were no moments of lag or too problematic bugs. The graphics are not too inspired by the “cartoon” style of this period, trying to be more realistic and raw, but without exaggerating in terms of texture and visual quality. However, the designs with traits remain evident extremely sci-fi that structure the environment and the characters. The gunplay is strongly influenced by the type of character that will be impersonated: in general, it can be said that each type of weapon used has been designed to be effective only in certain situations and within those 25 seconds, leading the player to speculate before the round the situations in which to go to use it.

Bold is fine, I thought he said crazy!

We have gone too far in discussing Lemnis Gate in this review, all to better understand the particularities that make this a title high potential. We talked about a game where strategy mixes with the alternation of time, all in a turn-based and first-person shooter key: various genres and styles of play that come together in a single product, and which are pushed further by a temporal mechanics difficult to adapt in a video game. Incredibly, the result achieved by Ratloop Canada is phenomenal: everything fits together well, leading players to be creative in their playing method, thus keeping the attention bar high.

Yet, among the words of ecstasy there is also a veiled regret, since one feels that something is missing in this title: after a few hours, the interest begins to wane due to the methods that are always the same, thus having created a small series of strategies to be applied in various circumstances. Furthermore, the small number of players in the long run it turns out to be a bit too “solitary” experience, even if necessary in order not to make the games even more confusing during the final stages. For Lemnis Gate, ongoing support, new game modes and characters will really be needed to bring light to endless possibilities that we may be able to accomplish within these unpredictable twenty-five seconds.

Lemnis Gate is available since 28… 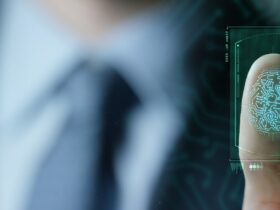 Amazon One: some US senators ask for clarification on user data 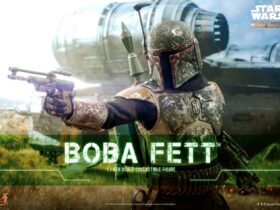