NVIDIA has yet to officially unveil its series GeForce RTX 3050, which is the version cheaper between the RTX Ampere. The GPU manufacturer is expected to announce the graphics cards GeForce RTX 3050 Ti and RTX 3050 for both desktop and laptop in the near future, possibly this quarter. The desktop variants have seen numerous delays and changes in the launch date to the point that NVIDIA has not yet provided an update to the AIBs in 3 months.

Meanwhile, the RTX 3050 series of laptop GPUs consistently appear on laptop manufacturers’ websites, indicating that the launch of these variants is imminent. Unlike the desktop models, we actually know a lot more about the RTX 3050 laptop GPUs. The RTX 3050 Ti and RTX 3050 are most likely based on the GA107 GPU, which has not yet been used by NVIDIA for other graphics cards. Both laptop graphics cards would feature up to 4GB of GDDR6 memory on a 128-bit interface. Such small memory capacity and a short bus indicate that we are looking at the i segment entry-level games (Full HD games with low to medium details). 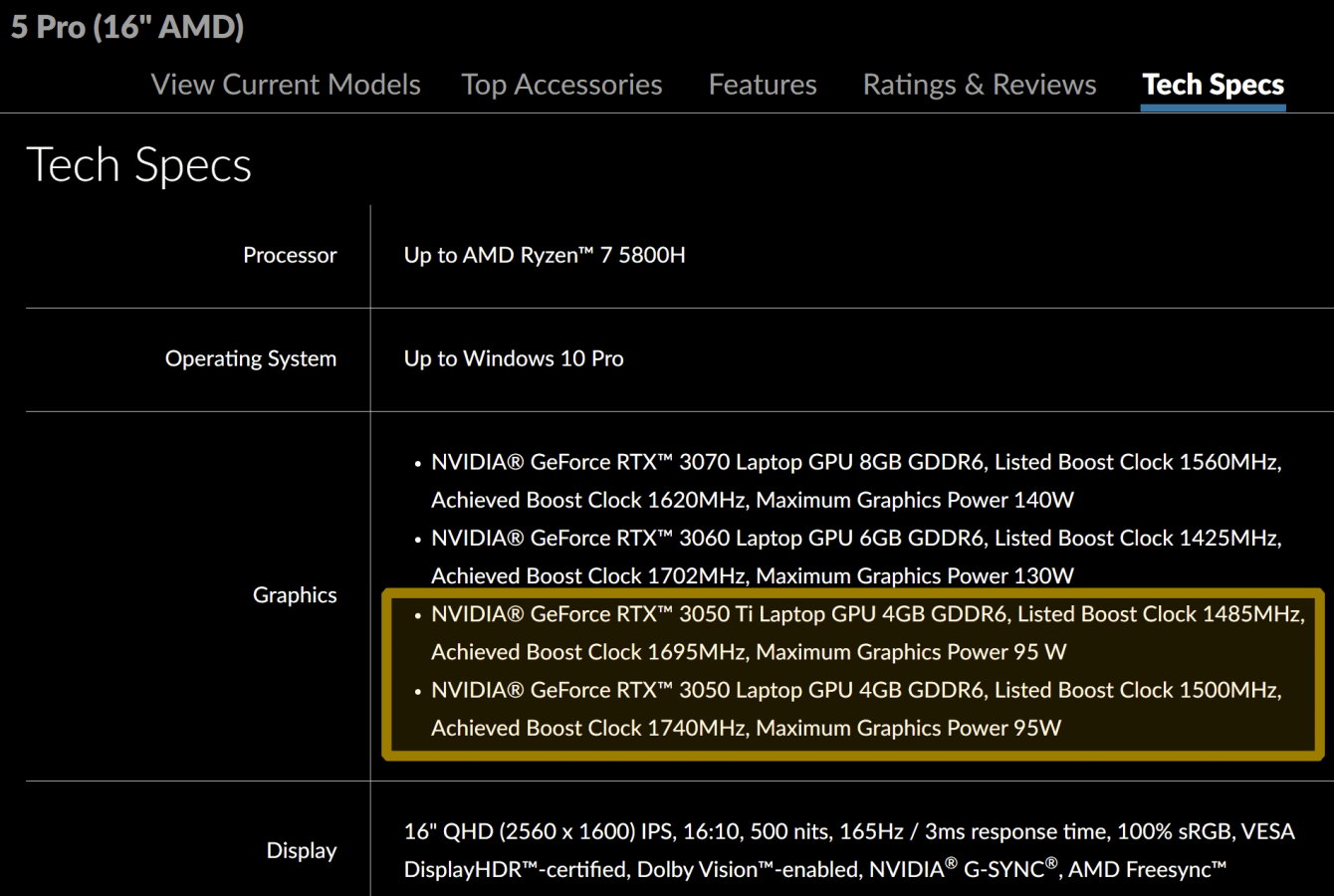 The performance of laptop GPUs is highly dependent on variante TGP (Total Graphics Power) used. According to previous rumors, the RTX 3050 series will be adjustable starting from 60W. According to Lenovo, however, this could go up to 80 W. The value of 95 W indicates that it supports Dynamic Boost technology, which can further increase TGP by 15W to a maximum of 95W.

The GeForce RTX 3050 laptop series will be available with the Legion 5 Pro laptop, equipped with CPU AMD Ryzen 7 5800H. This is a new gaming laptop equipped with 16-inch display and 16:10 format. Judging by the specs of other graphics cards, the Legion 5 Pro only uses variants GeForce RTX 30 Max-P. These are fully uncovered models with the highest TGP available. That said, the reported clock speed of 1695 MHz e 1704 MHz for the RTX 3050 Ti and RTX 3050 laptop GPUs respectively they should represent the higher specifications of these graphics cards.