In this review we talk about Mayhem in Single Valley, a fast-paced adventure game, which can count on captivating graphics

Developed by Fluxscopic Ltd. and distributed by TinyBuild (the company that released Hellpoint in 2020), Mayhem in Single Valley it’s a action adventure with strong contamination deriving from platform and some elements RPG. The aspect of the video game that stands out above all the others is certainly the aesthetic one, enriched by the use of pleasant graphics in pixel art.

The choices relating to the visual aspect, moreover, integrate perfectly with the setting and the theme of the video game, whose plot in fact refers to the classics of science fiction and horror for children of the the eighties. To avoid being overly nostalgic, then, the title does not hesitate to make fun of the clichés typical of these genres. Let’s find out more in this Mayhem in Single Valley review.

In Mayhem in Single Valley we are called to interpret Jack, a local boy who gives his name to the game, about to leave his parents’ home to attend college. While preparing for departure, Jack witnesses a unexplained event: a humanoid creature, with a disturbing dark appearance, releases poison into the local aquifer.

The effect of the contamination is soon revealed: anyone who comes into contact with water, animal or person, is transformed into a sort of radioactive zombie, ready to hunt down and kill or mutate those around him. Furthermore, the catastrophe will be blamed on Jack, guilty only of being close at the time of the incident, which will have to operate to save his city and to clean up his name.

If what has been said above sounds like you have already heard, it is because it is: as already said, the video game is inspired by the works of the 80s, but it does so with awareness and self-irony. The almost total randomness of the events that trigger the adventure and the absolute naturalness with which the blame is discharged on the protagonist represent the deliberately exasperated version of some of the most common characteristics of the products of that decade. 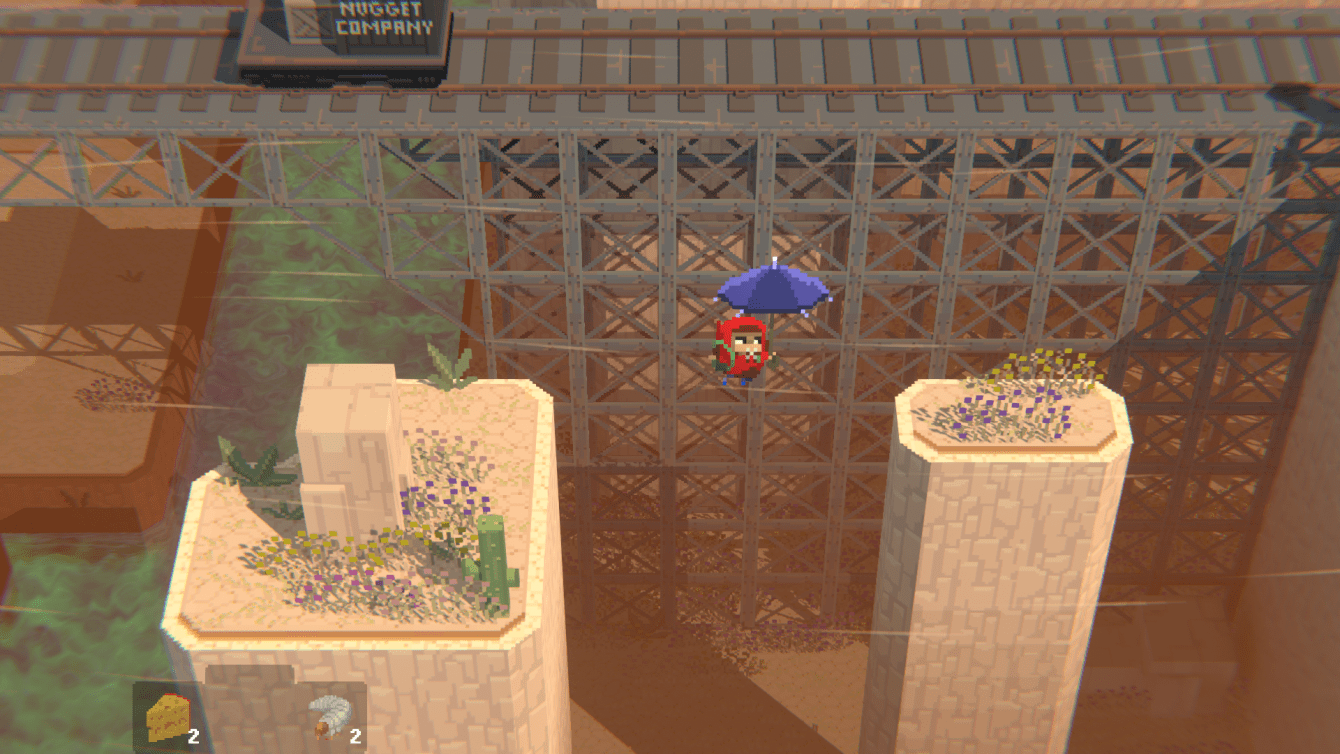 The game developed by Fluxscopic Ltd. is characterized by a gameplay from unrestrained pace: there are very few moments in which it gives the player time to reflect on the next step to take. To make everything even more dynamic there is the fact that it is enough to be hit once by an enemy to die.

Some technical features prevent the path from becoming excessively frustrating: first of all, the clarity and the simplicity of the actions to be carried out. To progress we should often solve puzzles or overcome platform sequences but, in any case, the solution of these will always be in the correct interaction with the elements of the environment, useful to simplify and / or unlock the various situations.

To make these passages less obvious, and to ensure that the pace of the game remains high, there is the constant presence of numerous enemies. Also with regard to these, the solution lies in interfacing with the environment: we do not have the possibility to fight the zombies, but we can use some objects to distract them and move them away from us; from a certain point on, it will also be possible to “cure” them. Finally, there is a upgrade system, which allows us to enhance some aspects of the character; the latter, however, has a limited effect on the game and therefore appears as a superfluous element.

Despite the positivity listed so far in this review, the gameplay of Mayhem in Single Valley presents some criticalities; among them, there are two that stand out the most: the lack of originality e poor longevity. The game mechanics, however pleasant, do not differ from what has been done (in some cases even better) by numerous other more or less recent titles. In addition, despite the fact that he undertakes to face diversified situations, after a few hours the title begins to appear repetitive and, even if you reach the end without too much difficulty, you certainly don’t want to start a second run. 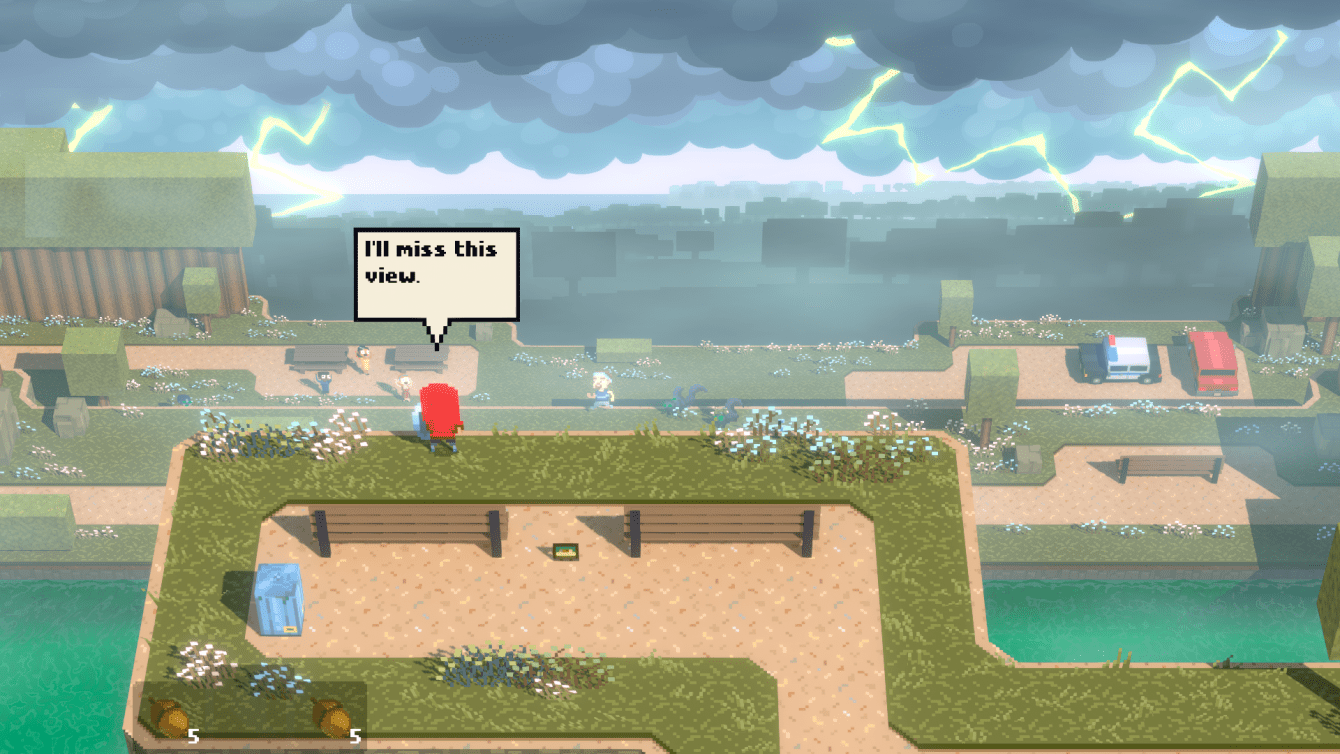 A World Made of Pixels – Mayhem in Single Valley Review

The game’s graphics, characterized by the use of pixel art, exploit the technique of 2.5 dimensions: two-dimensional characters and elements move within a three-dimensional environment. As mentioned in the introductory paragraphs, this choice gives the title aparticular aesthetics, which blends well with the setting and tone of the game. Mayhem in a Single Valley can also count on one good variety of views: we pass from urban scenarios to others of a natural character frequently.

On the other hand, the scarce character of these landscapes, which always appear a little generic, makes our journey inside this pixelated world less pleasant. Probably, the use of a fewer rooms it would have given developers the ability to give them more personality. Furthermore, it is disappointing that pixel art has not been used, except on rare occasions, to accentuate the parodic elements present in the narrative. 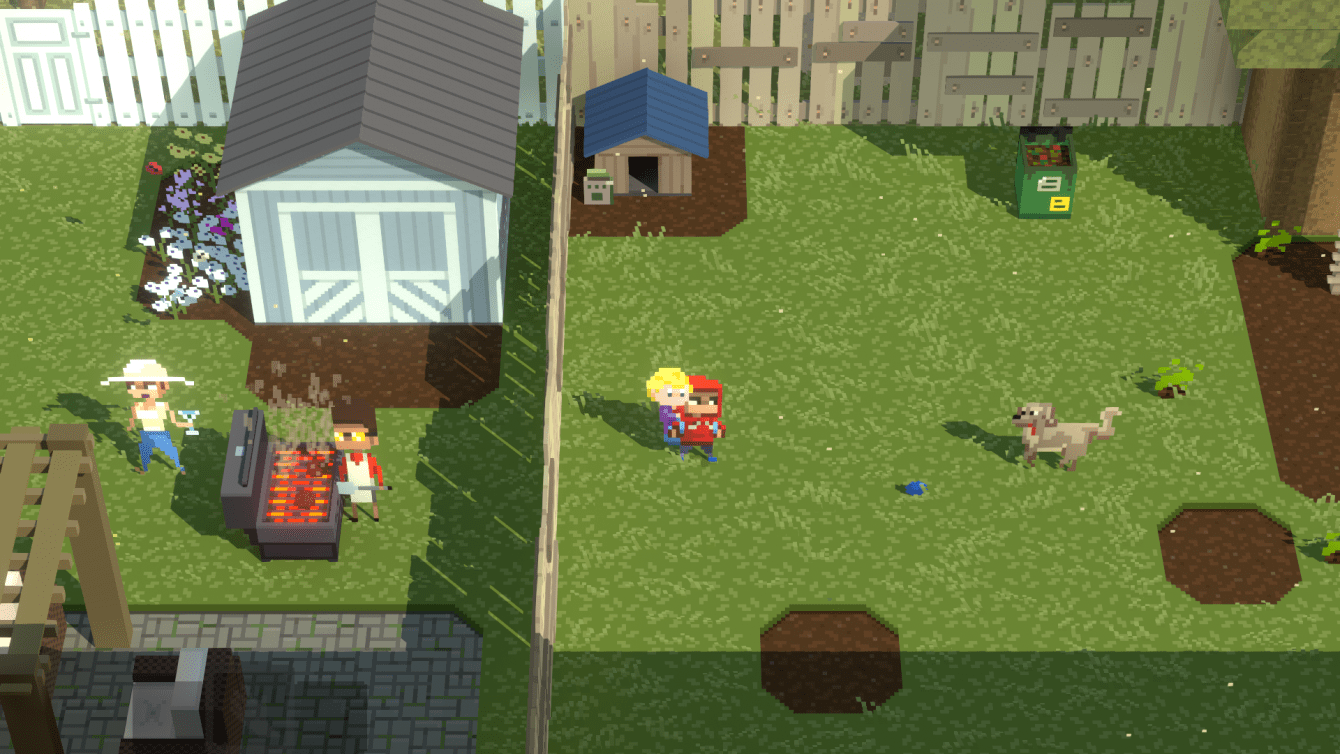 By comparing the strengths and weaknesses found in the review phase of Mayhem in Single Valley, we realize that these are nothing more than two sides of the same coin: the game is designed to be a pleasant pastime, capable of involving without excessively putting the player to the test. To achieve this, the video game is forced to give up the pursuit of originality and depth. In light of this, we still want to give a positive vote in Mayhem in Single Valley, because by choosing to focus on some specific aspects of it, it succeeds in what it sets out to do: give a few hours of carefree and engaging play.

Mayhem in Single Valley was released on May 20th and is available exclusively for PC. If you are interested in reading other reviews or if you want to stay updated on news regarding the world of video games, keep following us on TechGameWorld.com. You can buy this title and many others through Instant Gaming.