Directly from the pages and the anime of Hokuto no Ken, Medicos Entertainment presents the Super Action Statue of the ruthless Jagi

Among the best known manga and anime ever, we can only count the evergreen Hokuto no Ken (known in Italy as Ken the Warrior), the title serialized in the 80s by the duo composed by sensei Buronson and Tetsuo Hara. A series that has managed to cross the boundaries of print and film over and over again, invading the most disparate sectors, ranging from the world of video games, to that of food and, of course, of action figures. And the next one belongs to this last category Medicos Entertainment product, which is preparing to launch its new one on the market Super Action Statue, entirely dedicated to the character of Jagi, the cruel Kenshiro’s brother.

Doctors Entertainment, the production company in question, has announced that starting from the next April 19th will take off i preorder of Jagi’s SAS (Super Action Statue). The character in question, belonging to the first series of the anime of Hokuto no Ken (and of course from the original manga), it is certainly one of the most iconic of the entire tale focused on the descendant of Divine School of Hokuto. 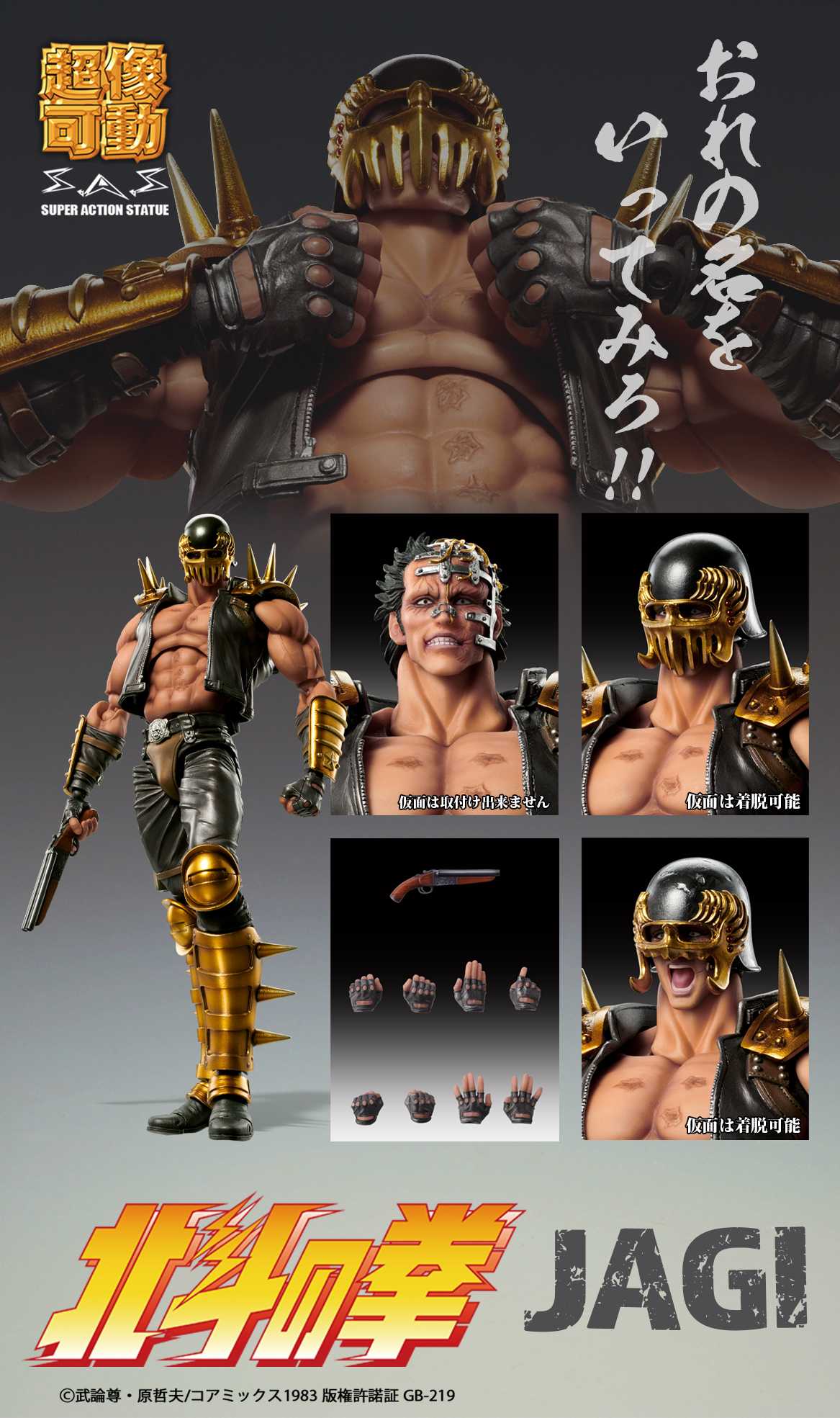 This new incarnation of the cruel brother of Kenshiro it is made entirely of ABS, PVC and POM, and has a height of 17.5 centimeters. To take care of the sculpt we find, as for all the other products of the line Super Action Statue, Progress, which is proposes a figure able to present a very good adherence with the original character. The action figure is equipped with numerous articulation points, capable of guaranteeing excellent posability, but also a wealth of accessories. In fact, in the package we will find several interchangeable hands, different facial expressions, in addition to the iconic gun. It will also be possible to expose the character with or without the classic helmet.

The issue in question is added to those of Kenshiro Kasumi (February 2021) e Raoh (April 2021), and anticipates the next releases that will see involved Souther e Yuda.

What do you think of the figure in question? Let us know in the comments, here on TechGameWorld.com.