In this episode of the Monster Hunter Rise weapons guide we will talk to you about the double blades, a pair of swift and deadly swords

To approach a new chapter of the series, however, it is necessary to overcome a great initial obstacle, that is the choice of equipment. Monster Hunter weapons are very different from each other and to become skilled hunters it is essential that you find the one that suits you best. To help you with your research we have therefore decided to write one introductory guide for all Monster Hunter Rise weapons and in this new episode we will talk about the double blades.

If for you the speed is the most important thing of all, then the double blades will certainly be for you. Thanks to these two razor sharp swords you will be able to perform long and very fast chains of attacks capable of bringing even the most difficult prey to their knees. Also, under certain circumstances, these weapons they will also improve the movement speed and agility of your hunter.

While double blades are among the fastest weapons in Monster Hunter Rise, in this guide we would like to emphasize that they are also among those with the lowest attack. This aspect may turn some players away, but be aware that the speed manages to compensate for the lack of damage very well. In addition, since the double blades can land numerous hits in a short time, they are perfect for those who love to use elemental weapons or that they inflict state alterati. 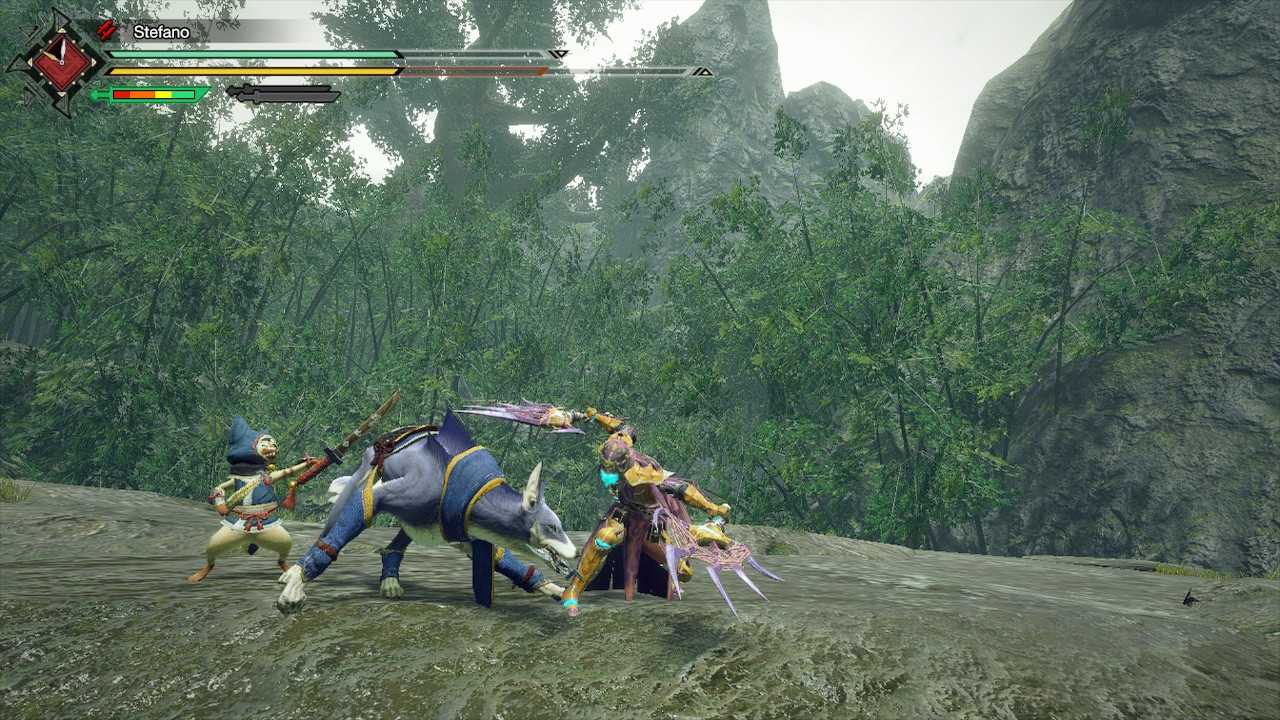 The commands of the double blades are quite simple to memorize. By repeatedly pressing “X”You can perform a series of multiple attacks while standing still, while with “A”You can unleash some fast forward rotating attacks. Basically these moves are quite effective, but to bring out their hidden potential you will have to chain them together in order to create combo infinite.

Always and only pressing “X” at a certain point your chain of blows will break, making you lose precious seconds. This is why it is essential to often use the attack with “A“, Since this move will allow you to reset the combo and continue harming your prey without losing even a moment.

This technique is directly linked to what we mentioned in the previous paragraph of the guide, namely the fact that the double blades synergize very well with the various elemental weapons by Monster Hunter Rise. This is because, when dealing with elemental damage, the number of hits landed more and more counts every second of their actual damage. 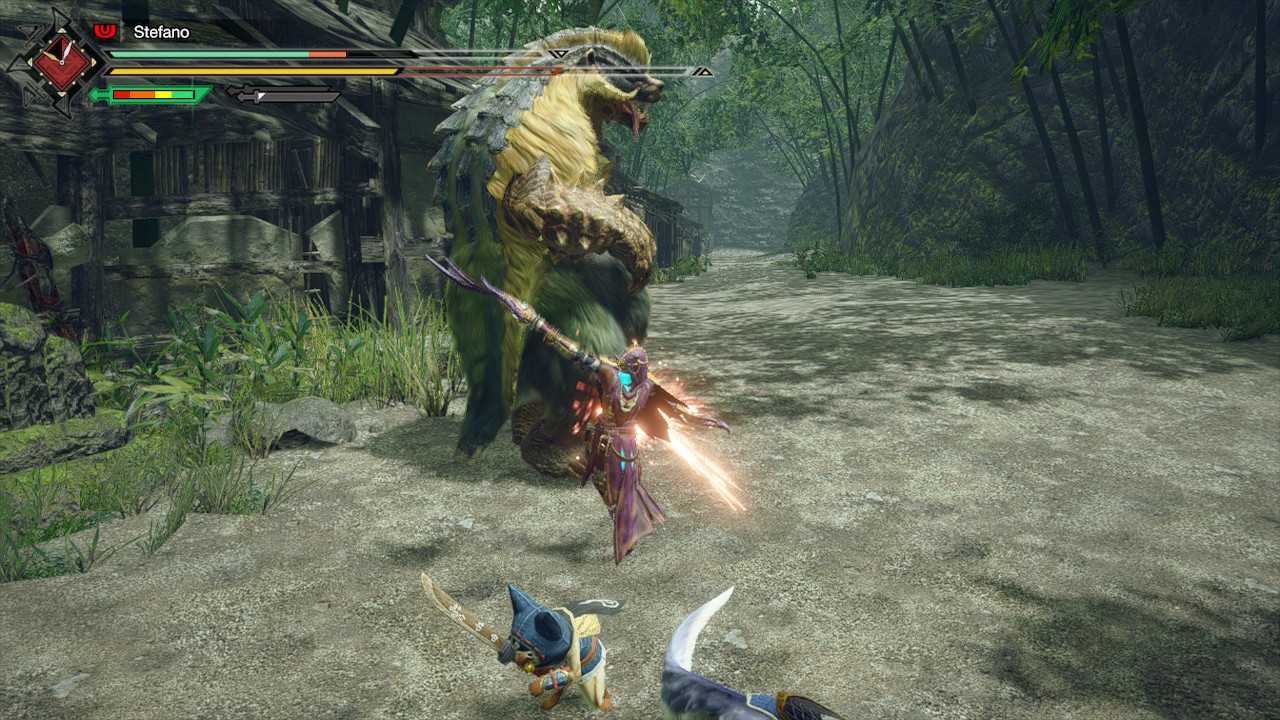 Now the point of our guide on double blades has finally arrived where we will tell you about the daemon mode, a particular technique that fans of this pair of weapons will be happy to find in Monster Hunter Rise as well.

To unleash the demon mode, all you have to do is press “ZR”With the double blades unsheathed. Once activated, this technique it will constantly wear out your stamina for its entire duration, but in return it will speed up both your attacks and your movements. Also during this buff the animations of some moves will change and you will have some useful ones additional attacks. For example by pressing “X+A”You can start a long series of attacks, while jumping off a rise with “B”You will be able to perform a rotating shot in mid-air which will damage monsters multiple times based on their length.

Sending attacks in demon mode will also allow you to refill your own archfiend slash. Once this gauge is full, you will have some perks of demon mode at your disposal even when you are not using it! For example, the animations of the basic attacks will change and you can also use the aforementioned aerial technique. 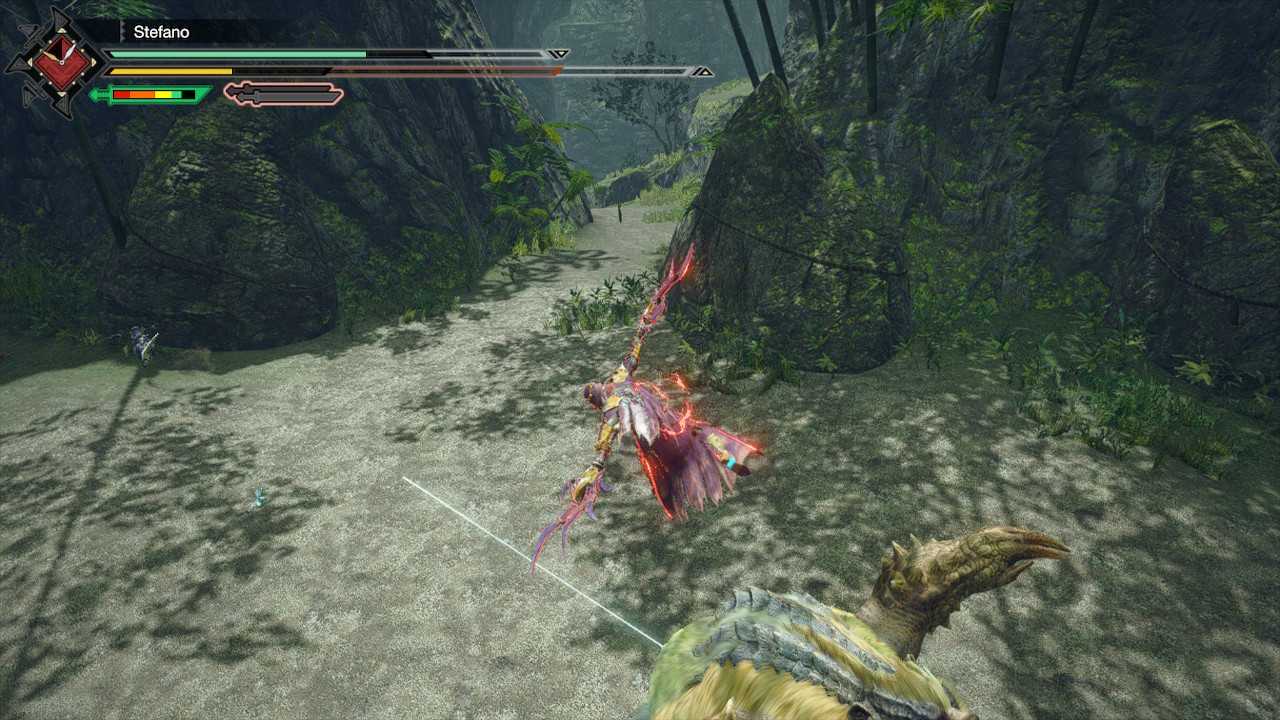 The wire insect attacks of the double blades are: blurred leap e piercing bond. Activating cloud leap will cause your hunter to dash forward and, if hit by a monster, will counterattack immediately with a powerful spin attack. This technique is perfect for avoiding being hit by a monster attack without being forced to stop damaging it.

Piercing Bond on the other hand is a very useful move that will allow you to skewer a small explosive kunai inside the monsters. This dagger will explode after a few seconds but, as if that were not enough, until it is stuck inside your prey all your damage will be doubled and also directed to the point affected by this silkworm move.

In this paragraph of the guide we talked about the attacks with wire insect for the double blades present in the latest demo of Monster Hunter Rise, but before concluding we would like to remind you that in the full game these techniques may vary based on weapons or other factors. In the various videos shown by Capcom they are present several attacks unusable in the demo, so it is likely that you can change them in some way. 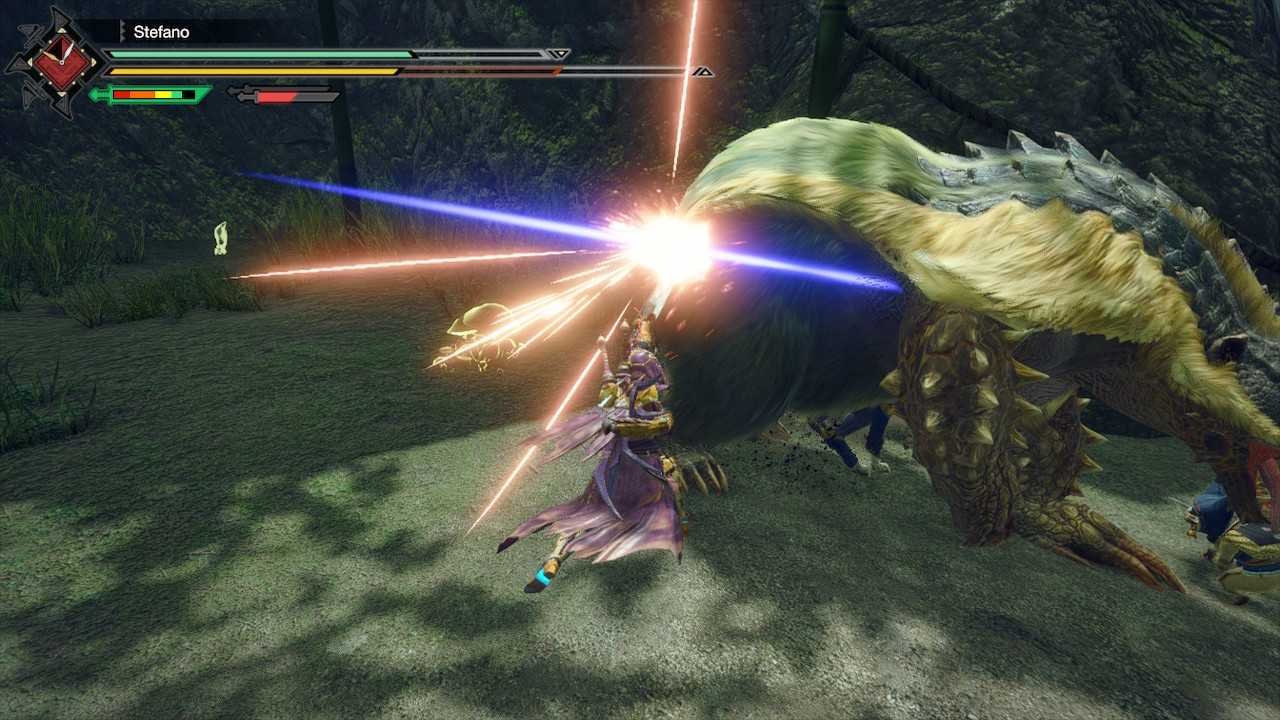 This concludes the episode of our Monster Hunter Rise weapons guide dedicated to double blades. Now all you have to do is wait for the full game to be released to have fun whiz from one prey to another in an instant.

In case you want to know more about the game, we invite you to read ours preview. Also, if this guide dedicated to double blades has been useful to you, we suggest you check out the other articles on Monster Hunter Rise weapons here on the site as well: