In this episode of the Monster Hunter Rise weapons guide we will tell you about the insect glaive, a pole specialized in air strikes

To approach a new chapter of the series, however, it is necessary to overcome a great initial obstacle, that is the choice of equipment. Monster Hunter weapons really differ a lot from each other and to become skilled hunters it is essential that you find the one that suits you best. To help you with your research we have therefore decided to write one introductory guide for all Monster Hunter Rise weapons and in this new episode we will talk about the insect glaive.

The insect glaive is a fast and handy shaft weapon that excels in aerial combat. In fact, hunters are able to use this long stick to push themselves into the air and subsequently fight the monsters from above.

From this brief description the insect glaive might seem like a pretty simple weapon, but in reality hides a very particular mechanic. In fact, your stick will not only serve to attack but also to command a Kinsetto, that is a large flying insect that will help you during the hunt (not to be confused with wire insects). We will talk more about the abilities of this creature in the course of the guide, but for now we anticipate that it is thanks to them that the insect glaive is considered one of the weapons less suitable for novices di Monster Hunter Rise. 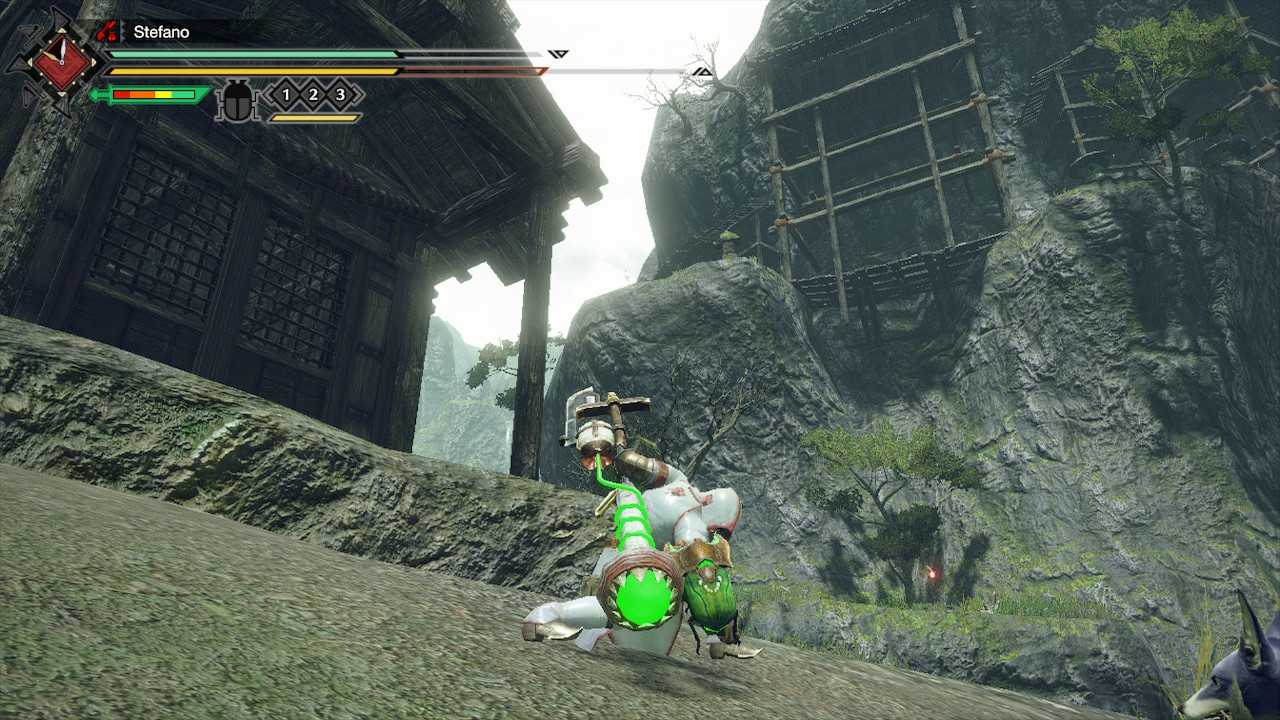 While on the ground you can use the insect glaive to perform several pretty quick hits. Attacks that can be performed with “X“, “X+A” e “A”Are very similar to each other and can be chained within a combo in many different ways. During the hunt it will be up to you to find a good order of attacks to perform to hit your prey as consistently as possible.

Now, as we had anticipated in the previous paragraph of the guide, the time has finally come to talk about what makes the insect glaive one of the most striking weapons of Monster Hunter Rise: the air strikes. By pressing “ZR + BYou will be able to use your long stick for give yourself a push and launch yourself upwards. As long as you are suspended in midair you can press “B” per dodge towards one direction, “X“For a simple attack or “A”To perform a kind of snap attack.

Air strikes with “B” e “XThey can be useful in some situations, but fighting in the skies you will have to rely mainly on the key “A“. This is because as long as you are in midair you can only perform one action before touching the ground, but thanks to “A” you can take advantage of the parts of the monsters hit by this attack to give you an additional upward momentum, thus obtaining the possibility of perform an additional move. This means that, with the right timing, you can chain numerous dash attacks to kick off some potentially endless deadly aerial combos. 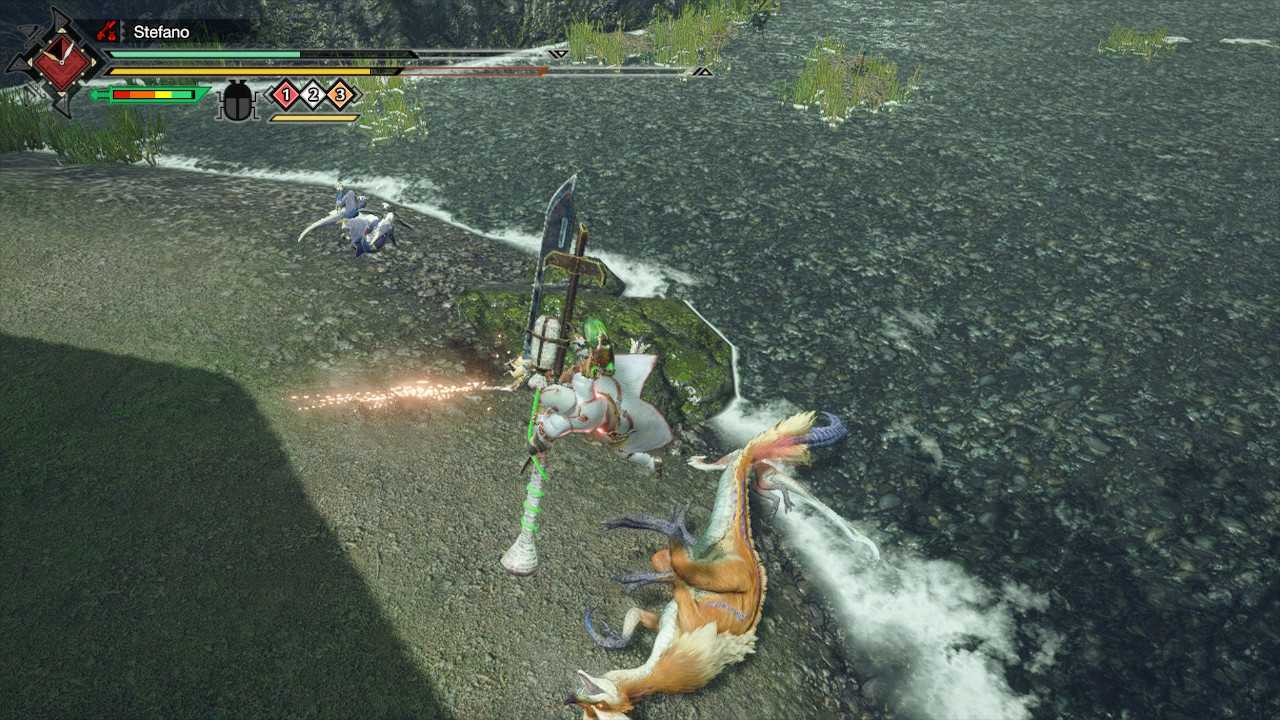 Now it’s finally time to talk about Kinsetti. In Monster Hunter Rise, there are many weapons that have unintuitive mechanics, but this one of the insect glaive is probably one of the most difficult to understand without a guide.

By holding down “ZR“Your insect glaive will go into aim mode and from here you can press”X” per hurl your bug at the monster. In this way the Kinsetto will contribute to the hunt by inflicting damage and / or altered status (there are various types of Kinsetti ranging equipped as if they were an additional piece of equipment). Sure, having extra damage while hunting never hurts, but the real utility of these creatures lies in their ability to obtain essences. By pressing “A”During the aim you can in fact recall your Kinsetto e thus absorb the substance he managed to obtain from the monster.

Exist three types of essences: white, orange and red. That bianca increases the speed and enhances the effects of other substances. That Orange increases defense and offers greater protection from kickbacks and roars. That rossa instead it will increase the damage e will radically change the animations of many attacks, thus making them much faster and more lethal. To be able to get the best out of the insect glaive it is essential to keep these three buffs active constantly everytime.

In the end, understanding the effects of various substances is quite simple, but understanding how to get them instead it is not easy at all. In fact, each color can only be obtained by damaging with the Kinsetto a specific point of a monster, but the part to hit will also change from creature to creature. The only way to really learn how to reliably obtain essences is gain experience in the field, but we can give you some suggestions. Red substances are generally absorbed the parts monsters use to attack (head / arms), the orange ones from the most resistant points (body / tail) and the white ones instead from moving parts (wings / legs). 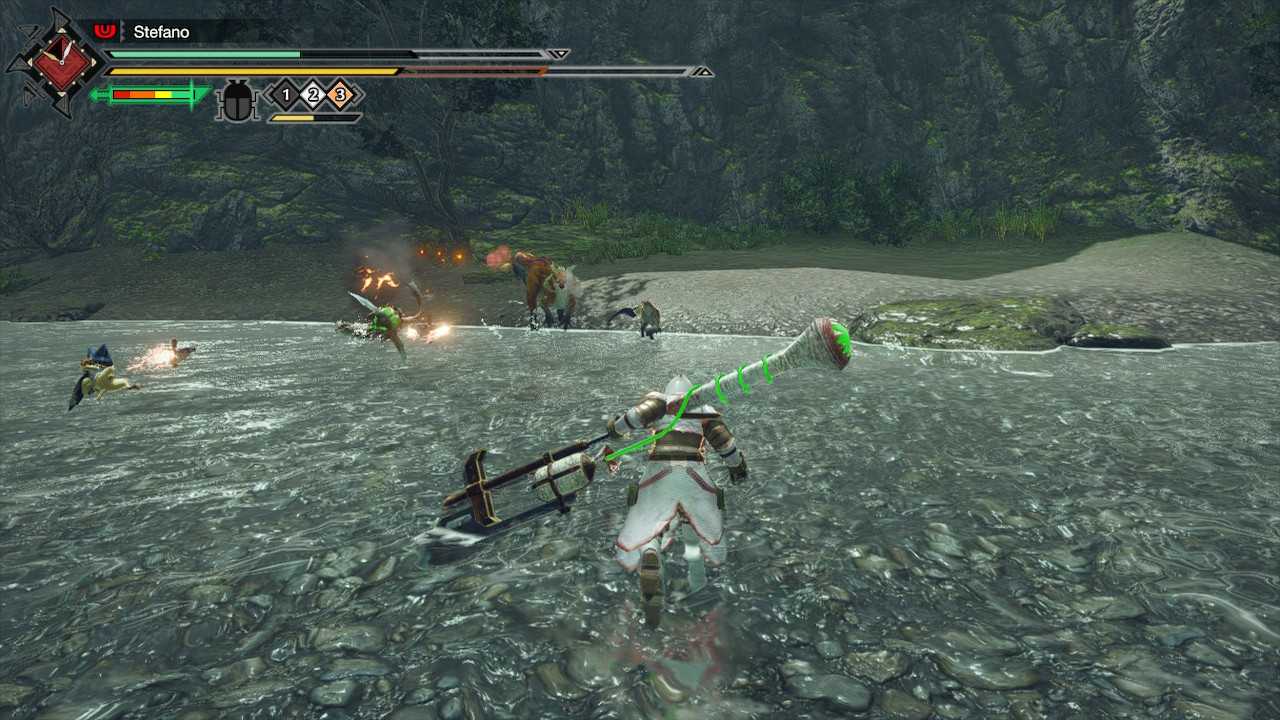 The thread insect attacks of the insect glaive are: balzo ivory e recall Kinsetto. Silkweave leap will allow you to immediately snap up and then start a classic aerial combo. In general, this move isn’t great, but it could always be useful if you don’t have time to launch yourself into the air normally.

Call Kinsetto on the other hand is a very useful move that will allow you to dodge while calling the Kinsetto at the same time. This technique is perfect for getting away from danger and, as if that weren’t enough, for your insect to return will release healing powder around.

In this paragraph of the guide we have talked about attacks with wire insect for the insect glaive present in the latest demo of Monster Hunter Rise, but before concluding we would like to remind you that in the full game these techniques may vary based on weapons or other factors. In the various videos shown by Capcom they are present several attacks unusable in the demo, so it is likely that you can change them in some way. 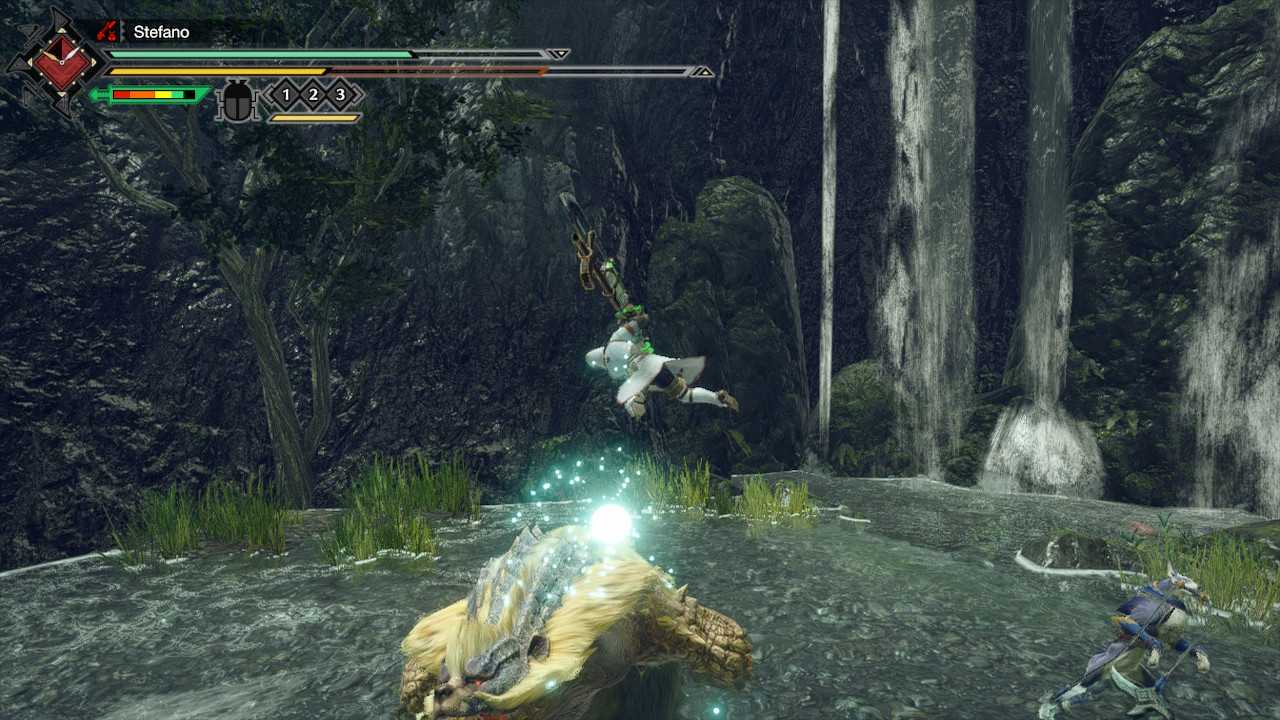 This concludes the episode of our Monster Hunter Rise weapons guide dedicated to the insect glaive. Now all you have to do is wait for the full game to be released to soar for challenge the flying wyverns in their own element.

In case you want to know more about the game, we invite you to read ours preview. Furthermore, if this guide dedicated to the insect glaive was useful to you, we suggest you check out the other articles on Monster Hunter Rise weapons here on the site as well: