In this episode of the Monster Hunter Rise weapons guide we will talk about the rifle lance, a hybrid between firearm and spear

To approach a new chapter of the series, however, it is necessary to overcome a great initial obstacle, that is the choice of equipment. Monster Hunter weapons really differ a lot from each other and to become skilled hunters it is essential that you find the one that suits you best. To help you with your research we have therefore decided to write one introductory guide for all Monster Hunter Rise weapons and in this new episode we will talk about the launches shotgun.

Offense is the best defense

The gun lance is, as the name suggests, a hybrid between a normal spear and a rifle. To attack you can count on a long rod capable of generate short range explosions from its tip, while to defend yourself you will have at your disposal a classic shield.

This hunting tool resembles the spear in all respects, but obviously it must be used in a very different way. In fact, although these two Monster Hunter Rise weapons are extremely similar, in the course of our guide you will discover that the rifle lance is much more geared towards attack than defense. 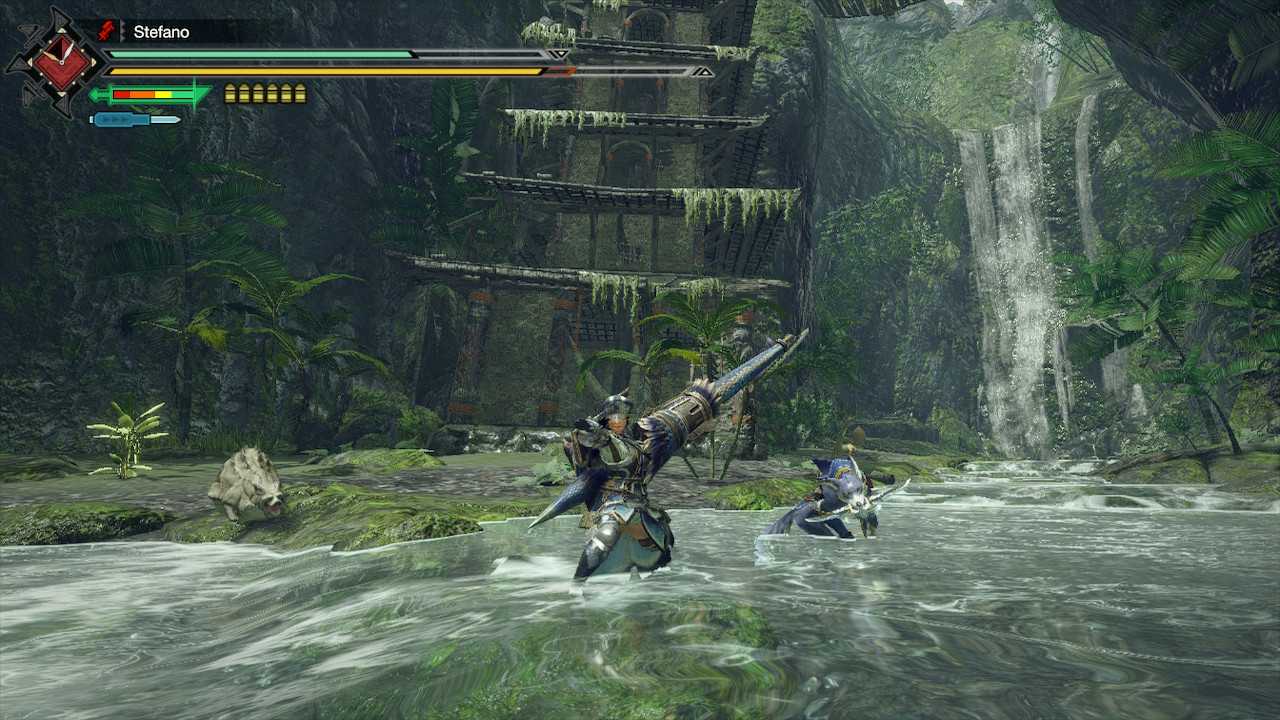 Basically the gun lance behaves very similarly to a normal lance. With “X”You can perform a simple combo of lunges, with “X+A“A powerful amount with the lance and holding down “ZR“You can defend yourself with the shield. The greatest peculiarity of the rifle lance however lies in its ability to shoot. By pressing “A“It is possible to fire a bullet that will generate a small explosion at the tip of your spear. These shots then they won’t make the rifle lance a kind of ranged weapon, but they will only allow you to deal massive explosive damage to monsters.

Shoot with your weapon will consume ammo (indicated under the resistance bar) and consequently you will be forced to every now and then Reload pressing “A” during the parade. During a combo you can perform one fast charging with “ZR + A“, But this will only fill the basic bullet gauge. In Monster Hunter Rise the rifle lance does not have a single type of projectile, but we will talk more about this in the next paragraph of the gun guide.

In addition to the classic shot, there are also two other methods of firing bullets from your spear. The first is a classic shot loaded this can be done by holding down “A”Which will simply deal a little bit of additional damage. The second is instead a violent explosion that will unload your entire magazine in an instant. To use this move you will need to first perform a ground crash with your lance by pressing “X+A” and then “X“, Then just press”A”To inflict massive damage on your prey. Also know that there are also other ways to perform the ground crash, such as jumping attacks or techniques with wire insect. 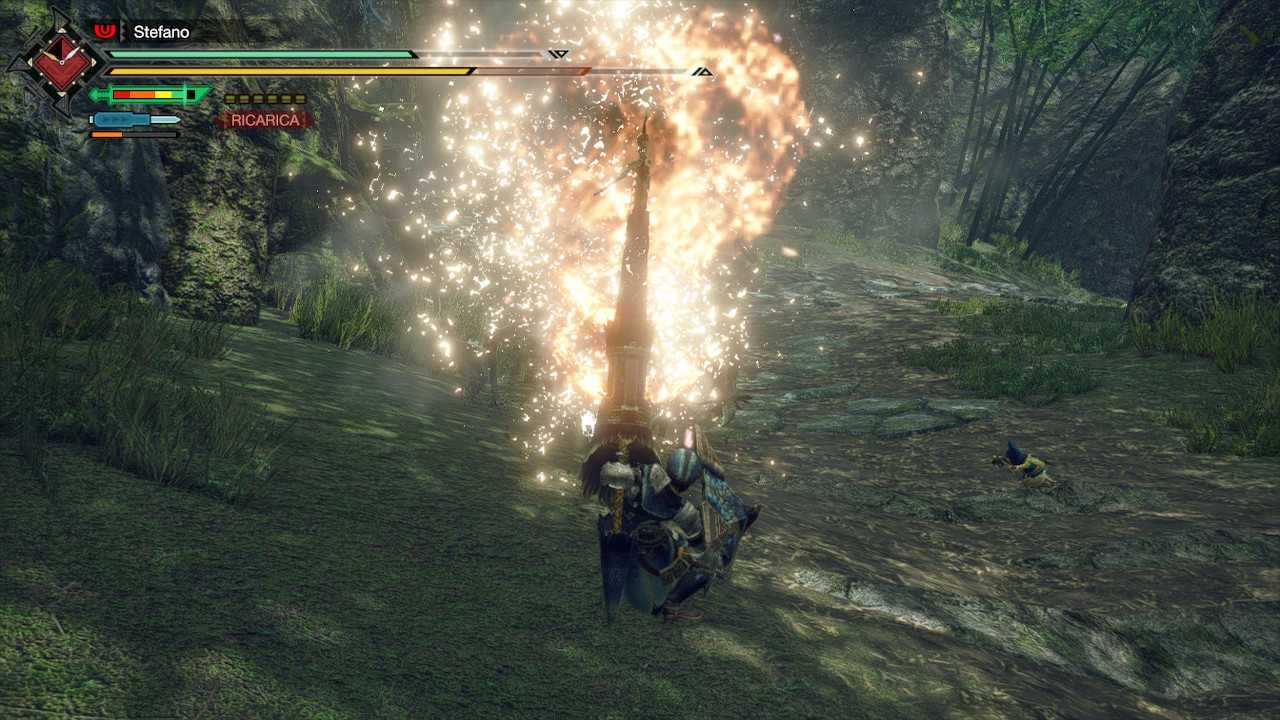 As we had anticipated in the previous paragraph of the guide, now the time has finally come to talk about ammunition of the rifle lance (not to be confused with those available for the various ranged weapons of Monster Hunter Rise). In addition to the classic shot that can be performed by pressing “A“, The rifle lance can also fire with the cannone wyvern and with the wyvern’s fire.

The ammo for the wyvern cannon is indicated below the sharpness bar and can only be recharged by pressing “A”During the parade. This bullet penetrates the monster’s flesh and deals numerous repetitive damage before exploding. There are several ways to use the wyvern cannon, but the most convenient is to perform two normal shots in quick succession and then press “A“ for a third time.

Wyvern’s fire is a powerful explosive attack loaded that can be used pressing “X+A” during defense. Once activated, the shot will charge for a few seconds and finally generate a very violent explosion. Unlike other ammunition, wyvern fire bullets they cannot be reloaded manually. In fact, this attack will automatically become available again after about 3 minutes waiting. 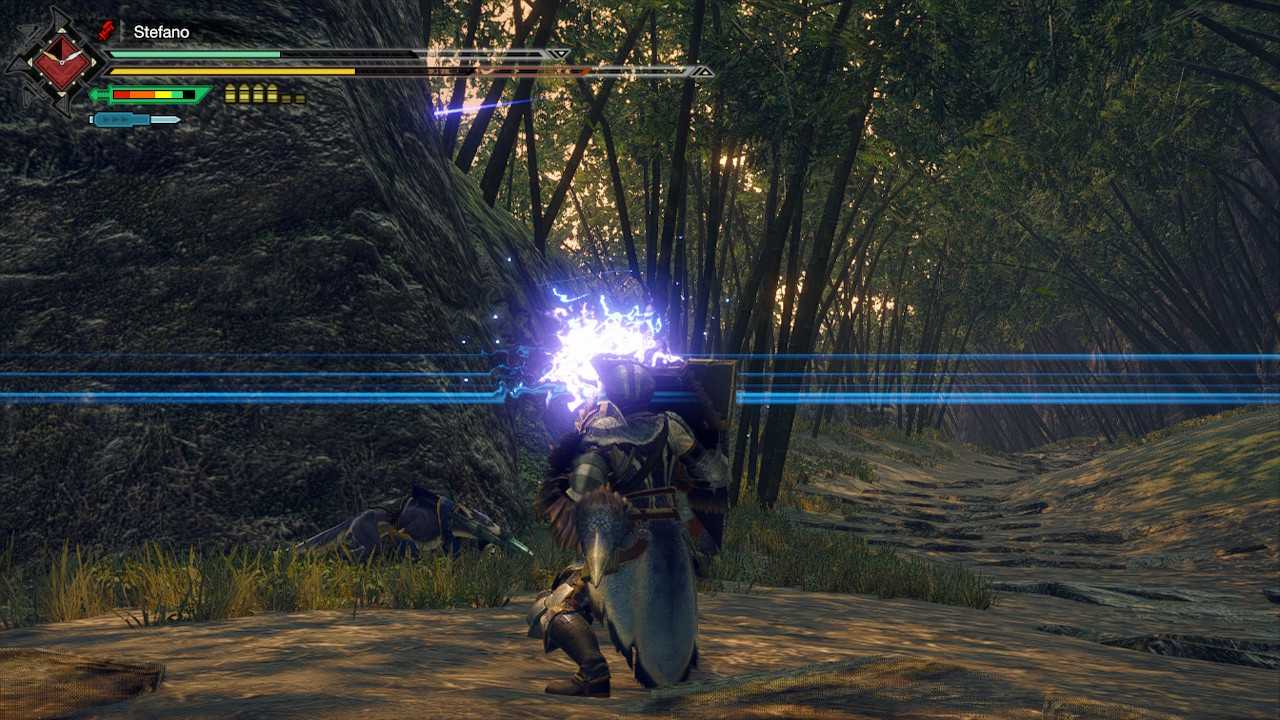 Rifle Spear Thread Bug Attacks are: hail cutter e defensive cut. Hail Cutter is a powerful aerial attack that begins with a quick riser with the spear and that ends with a violent crash to the ground. This attack is very useful both because you can press “A”At the end of the move to fire all the bullets left in the magazine, but also and above all why wyvern’s fire cooldown will decrease with each use.

Defensive cut on the other hand is a technique that allows you to block a monster’s attack with the shield while restoring the sharpness of the weapon. This move is perfect for blocking the most dangerous attacks of monsters while getting a bonus.

In this paragraph of the guide we talked about the attacks with wire insect for the rifle lance present in the latest demo of Monster Hunter Rise, but before concluding we would like to remind you that in the full game these techniques may vary based on weapons or other factors. In the various videos shown by Capcom they are present several attacks unusable in the demo, so it is likely that you can change them in some way. 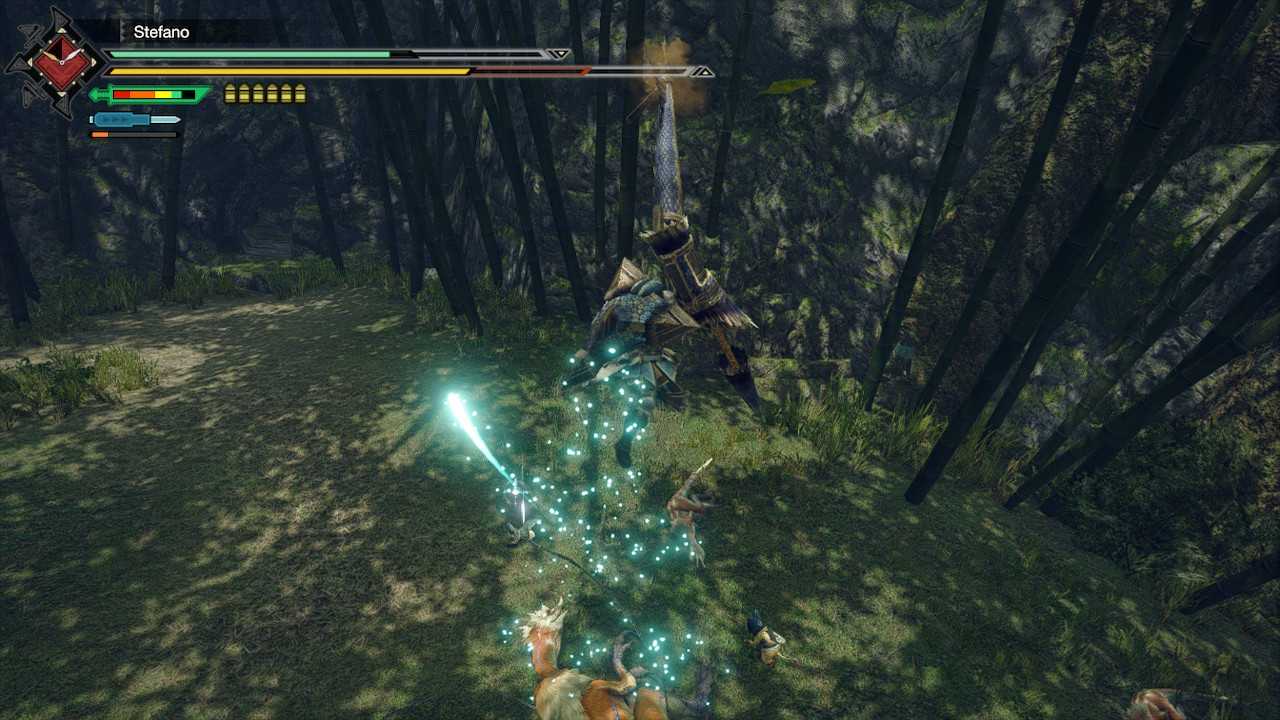 This concludes the episode of our Monster Hunter Rise weapons guide dedicated to the rifle lance. Now you just have to wait for the full game to be released blow up all the monsters that try to challenge you.

In case you want to know more about the game, we invite you to read ours preview. Furthermore, if this guide dedicated to the rifle lance was useful to you, we suggest you check out the other articles on Monster Hunter Rise weapons here on the site as well: