In this review we have decided to take back Haven, the recent title of The Game Bakers already authors of Furi, this time in its version for last-gen on PS4

With the arrival of a new generation of consoles, the problems of cross-gen video games also begin. In general, the development houses all tend to immediately release an “old-gen” version of the game in question, thus aiming to place as many copies as possible in a much larger installed base of consoles. We then move on to the “current-gen” transposition, which does not always arrive at the same time and, indeed, sometimes requires longer development times. Sometimes, however, the opposite happens.

Haven is a title developed by the small development house The Game Bakers, former authors of FURI, released in December last year on PlayStation 5 and Xbox Series X / S, while it has recently arrived on PlayStation 4 and Nintendo Switch, in its version ” old-gen “. We have already reviewed the game for Xbox Series X / S, you can find the article by clicking here, but we still decided to take it back on PlayStation 4 Pro too, to retrace their adventure together with Yu and Kai. Welcome to the Haven review for PS4.

The bright world of Haven leads us to meet Yu and Kai, two young lovers originally from Arnia, a colony on which humanity presumably took refuge after the destruction of the Earth. On Arnia life continued normally, with the same social structure that we are used to knowing… or almost. The colony has in fact based the survival of life on the Matchmaker, a sort of love matchmaker who pairs people based on the commonalities recorded in the database. Precisely for this reason, by virtue of their love, Yu and Kai decide to flee with the Nido, Yu’s spacecraft, towards Fonte, an uninhabited islet light years away from Arnia.

And it is precisely from Fonte that the narration begins, without any actual preamble, more precisely in the Nest. Initially, our goal will be to procure food and resources for the two lovebirds and this is how The Game Bakers introduce us to the game world of Haven. Most of the hours spent in the various islets of Fonte we spent gliding, so literally “slipping” with our special boots, and looking for materials to optimize the Nest and our equipment. And of course, plenty of food. 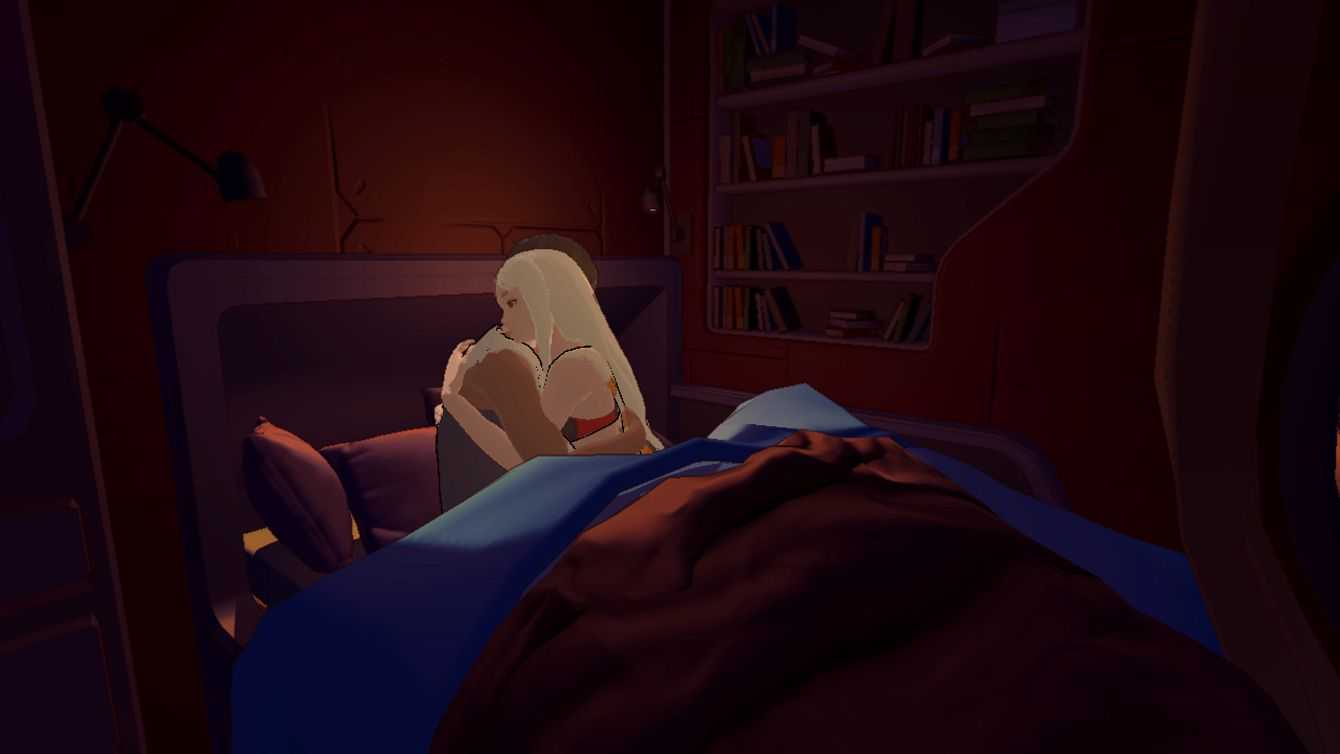 A drift here, a drift there – Haven PS4 review

Exploration is therefore Haven’s main knot and is also one of the places where it starts to wobble. If, in fact, the controls are perfectly reactive, once you get the hang of it, and the camera also behaves fairly well, making the overall experience rather fun, obviously repetitiveness is looming. The various islets will have at most four or five different materials or resources to procure, most of which will be shared with all the others. After a couple of hours of charm, in short, the remaining ten that will be used to complete the first run will know already seen, already done and already collected.

The fights against the local creatures infected by Rust intervene to interrupt the exploratory phases, which must first be killed and then appeased, to bring them back to normal. In short, in Haven you will never kill a single living thing. The combat system is based on the classic turn-based JRPG, but in this case The Game Bakers placed great emphasis on synchronization between Yu and Kai. There will be five commands that we will be able to give to the two protagonists, one of which for defense, one to appease the defeated creature and two different ones for attack. Combining attacks in such a way that both of them perform at the same time will trigger special combos and allow you to inflict greater damage. 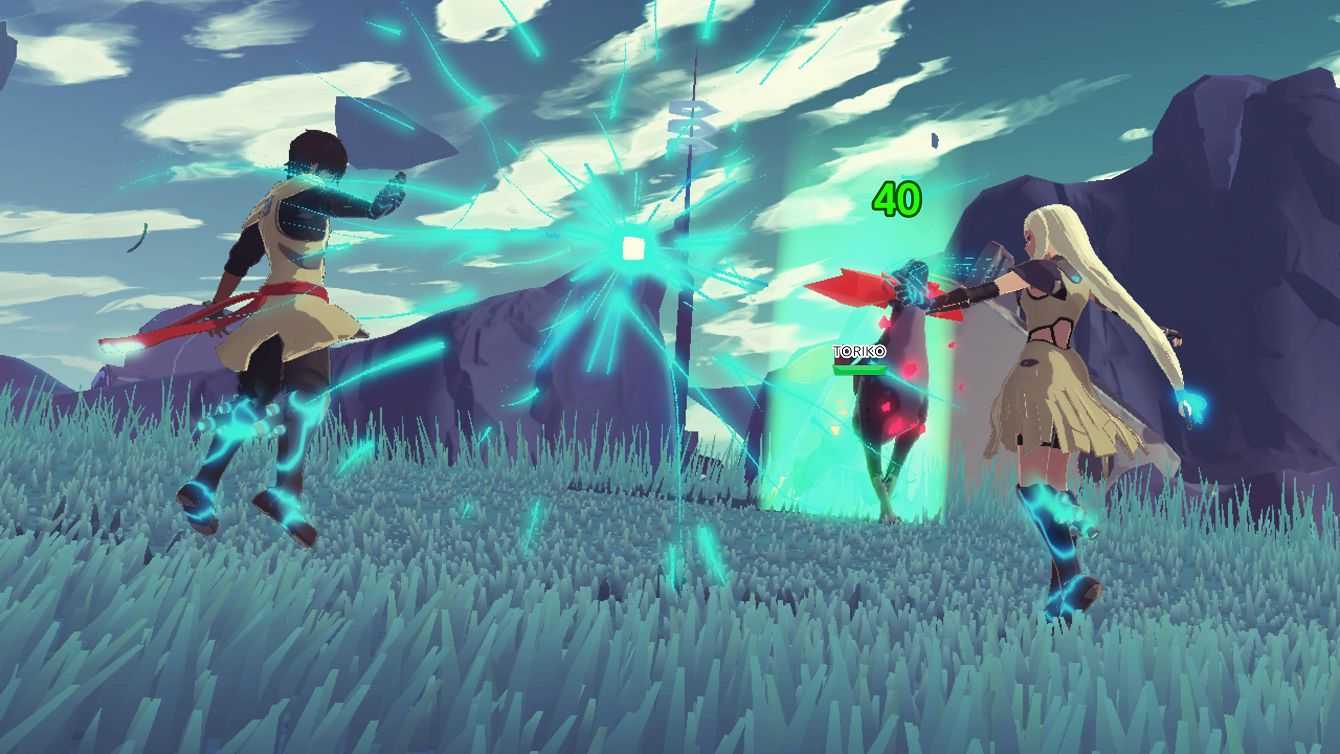 Told like this also seems interesting, but in the long run, even in this case, there is a lack of ideas for inventiveness. The combat system is practically the same from start to finish, with the only addition, about mid-game, of the use of objects. A repetition that results in boredom when the exploration of the islets is continually interrupted by clashes. In the long run, in short, you will often try to avoid the avoidable, dodging enemies and running away.

We have already addressed these aspects in the review for the current-gen version of Haven, we realize it, but taking them back in hand was necessary to introduce those who find themselves here without knowing the game. Those who, on the other hand, have already had the opportunity to experience the adventures of Yu and Kai on a PlayStation 5 or an Xbox Series X / S, will have entered this article to know only one thing: come your last-gen spins? The simple answer would be “bad”, but let’s go in order. 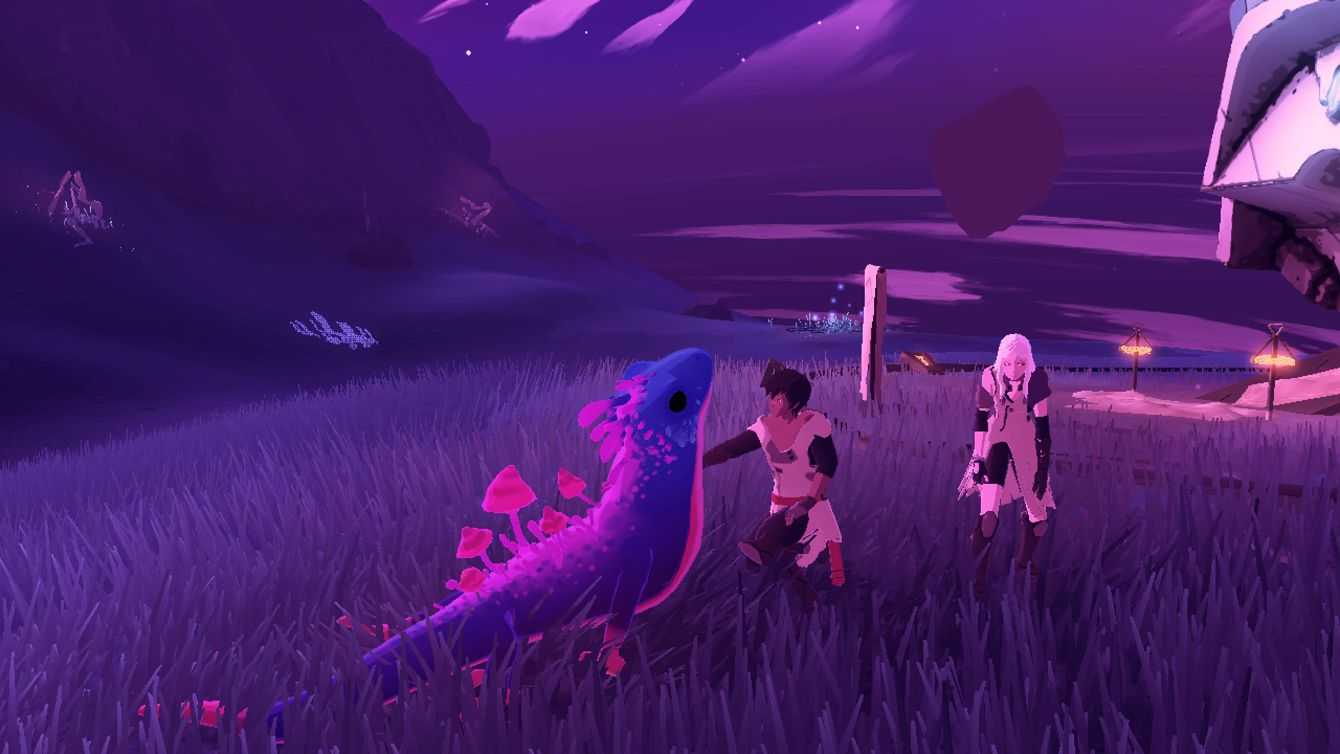 The PlayStation 4 Pro version of Haven allows us to choose between two modes: Better Performance and Better Graphics. As you can guess from the names, the graphics mode allows you to experience Haven at a higher resolution, but with a decidedly too unstable frame rate. We candidly admit that after trying it for an hour with this mode, we more than happily switched to performance mode. In this way, the frame rate remained (almost always) granite, with only a few drops in the more advanced phases of the game where the elements on the screen were many.

The animations of the characters and the interactions with the game world are almost similar to those of the current-gen version, were it not for the obvious graphical downgrade. The cel-shading still remains of excellent workmanship, pleasant in any context and perhaps one of the best of the generation. Fonte is truly a colorful, detailed world full of artistically inspired creatures. Even the design of the characters shines for iconicity and inventiveness, were it not that Yu’s model is a bit too similar to that of the protagonist of Gravity Rush, we could really define everything as “original”. 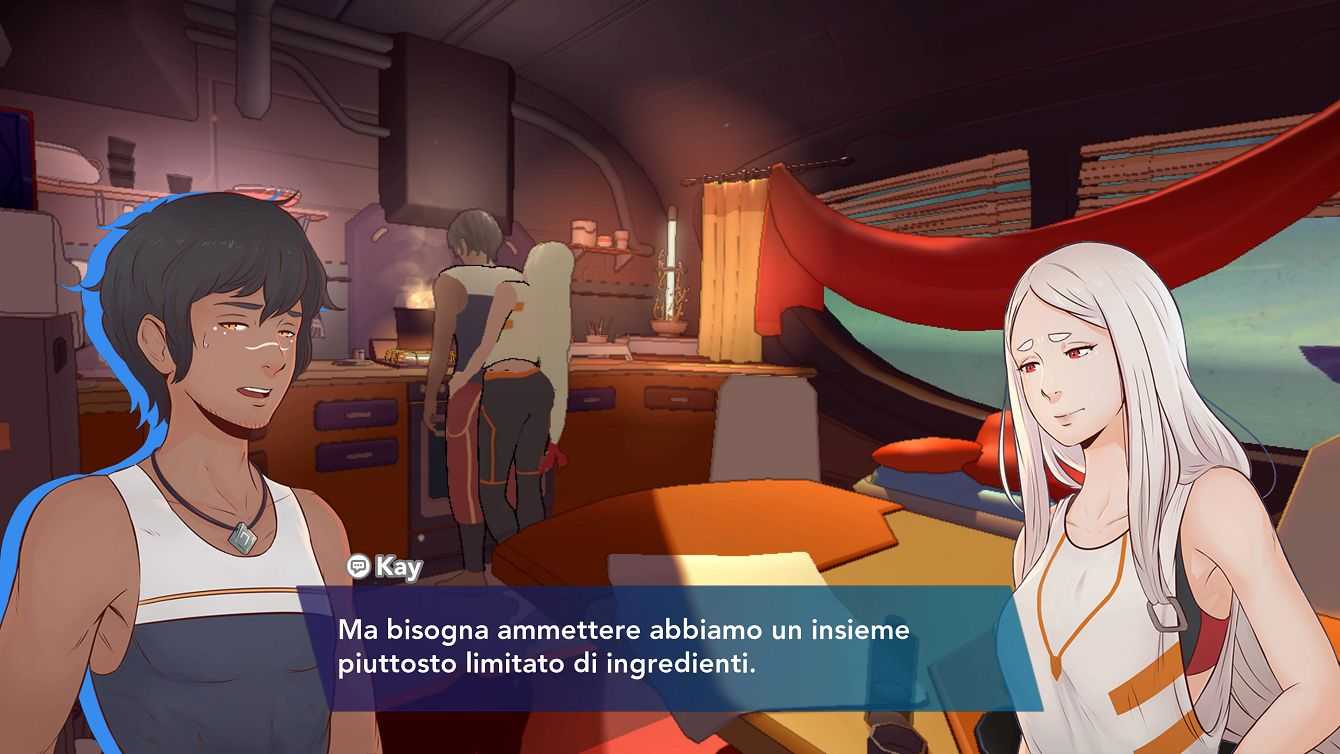 To suffer more than the current-gen version are obviously the uploads. Because if we can turn a blind eye to the lower resolution and the trade-off we had to make to have a stable frame rate, we must admit that the loading times are really too long. Considering then that, unfortunately, at each change of islet Haven will necessarily have to load the whole islet, you understand that the coffee breaks during the twelve hours spent with Yu and Kai were really many.

Last, but not least, the issue of crashes and sound glitches. A few days after the arrival of the review version, a patch was released that fixed some technical errors in the versions for PlayStation 4 and Nintendo Switch. In our case we did not have any problems at the audio level, indeed we confirm, as already mentioned in the review of the next-gen version, that the soundtrack is truly impeccable. Instead we ran into two game crashes, which “simply” made the application close, both coming out of the Nest to the outside world. We hope that future patches can fix the problem, even if actually all the autosaves that Haven gives from the passage from one islet to another solve it in large part. 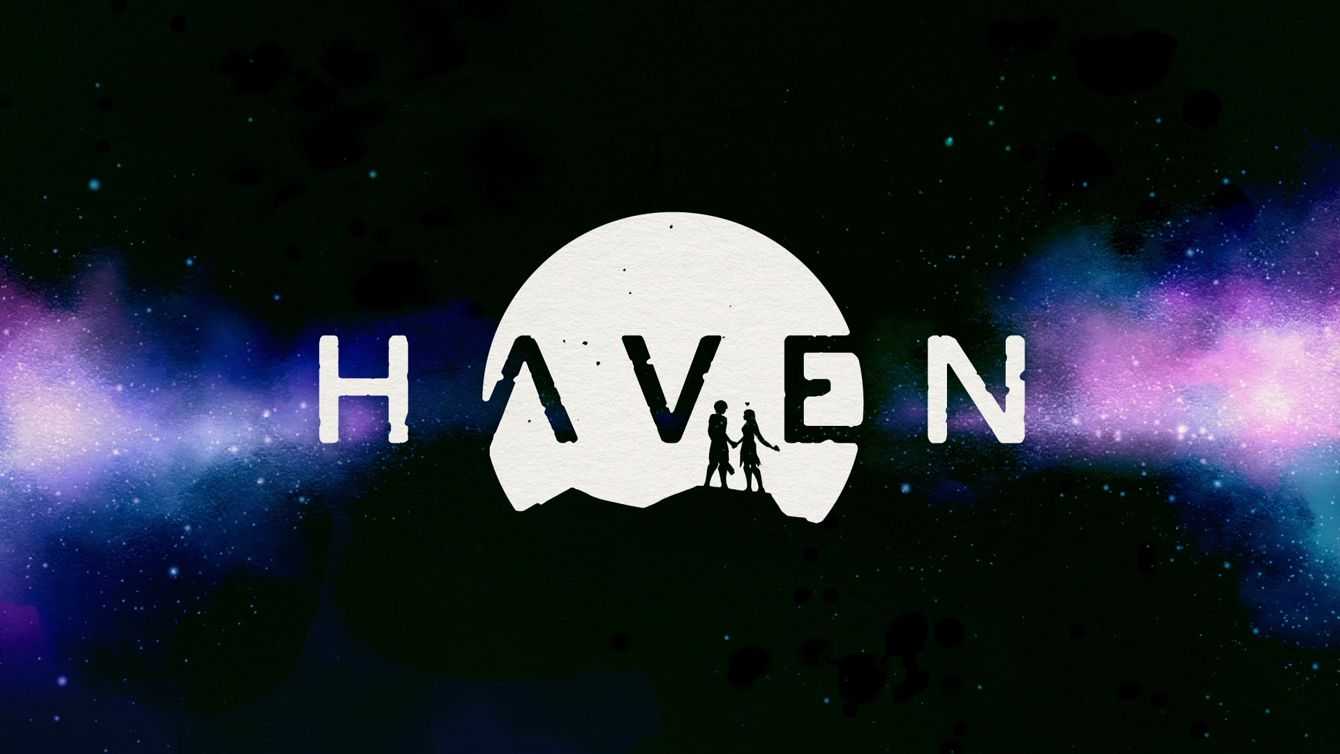 Let’s sum up Haven in its PS4 version: is it worth buying it on old-gen? Obviously the answer is pretty simple: yes, only if you don’t have a current generation console or PC that can support it yet. On the other hand, the story of Yu and Kai continues to be something worth living. And if you manage to pass over a technical sector certainly not in step with the new gen and some visual compromise, the PlayStation 4 version can still give you an interesting, exciting and fun adventure at a budget price.