Companies like Xiaomi have already announced their intention to become part of UWB technology, with Xiaomi having shown that it is aiming for a type of technology aimed at controlling its ecosystem dedicated to smart homes. Google Pixel 6 Pro is also currently following this path.

Also, some sources claim that Motorola Razr 3 will have 6, 8 or 12GB of RAM and 128GB, 256GB or 512GB of storage space. There will be a secondary display (whose specifications are unknown) and a hole or notch centered in the upper part of the main display.

While there aren’t many details regarding the main display, they have been found to indicate the presence of a high-resolution screen. 120 Hz refresh rate, probably a full HD AMOLED panel. Finally, it appears that the device will be launched globally, but at the moment sources are still very uncertain as to which countries will actually be affected. 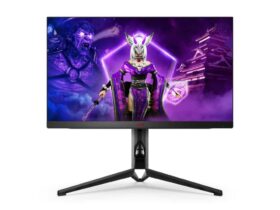 Lost Judgment: released a trailer dedicated to the gameplay

Oddworld: Soulstorm, what to know before starting to play