Hear what music, what video games, talent for the ears of a few: let’s talk about Grant Kirkhope a little more, mixing banjo with kazoo

If the incipit of Music & Video Games rhyming reminds you of a witch, the focus on Grant Kirkhope it soon explains itself. The musical instruments at the end cited are in fact almost obvious clues: we could have kept the suspense, but we all know what the real pearl is. After talking about Caparezza, David Wise, Yoko Shimomura and Koji Kondo, with Akira Yamaoka, Josh Mancell and Motoi Sakuraba we go deeper. It’s not all Rare what the artist is known for, but his talent has allowed him to also music a Shigeru Miyamoto creation. Without further ado, let’s dig into the musical holes …

Before any ghostly rhyme

Grant Kirkhope, classe 1962, was born on July 10 in Edinburgh, Scotland, with music in his blood before Ralph Baer’s brown box spawned the entire video game medium. Kirkhope’s mother was a professional dancer, while her father was a music addict like few others. Already at an early age, little Grant was exposed to such influences Frank Sinatra e Glenn Miller. As a self-taught man, at the age of eleven he learned to play the guitar on his own and then formally followed a trumpet course. From the age of five, the artist attended Knaresborough’s King James’ School in North Yorkshire.

Since then, Kirkhope has been able to play in various bands after graduating from the Royal Northern College of Music. With saxophonist Snake Davis he was part of Zoot and the Roots. The musician was also part of the British band’s “Big Bad Horns” Little Angels. Then, in 1995, the videogame turning point: in the fall of 1995, he joined Rare thanks to Robin Beanland (who we mentioned talking about David Wise), known playing for his other bands, i Shar e i Maineeaxe. Too bad we missed the development of Donkey Kong Country 2 by a whisker… 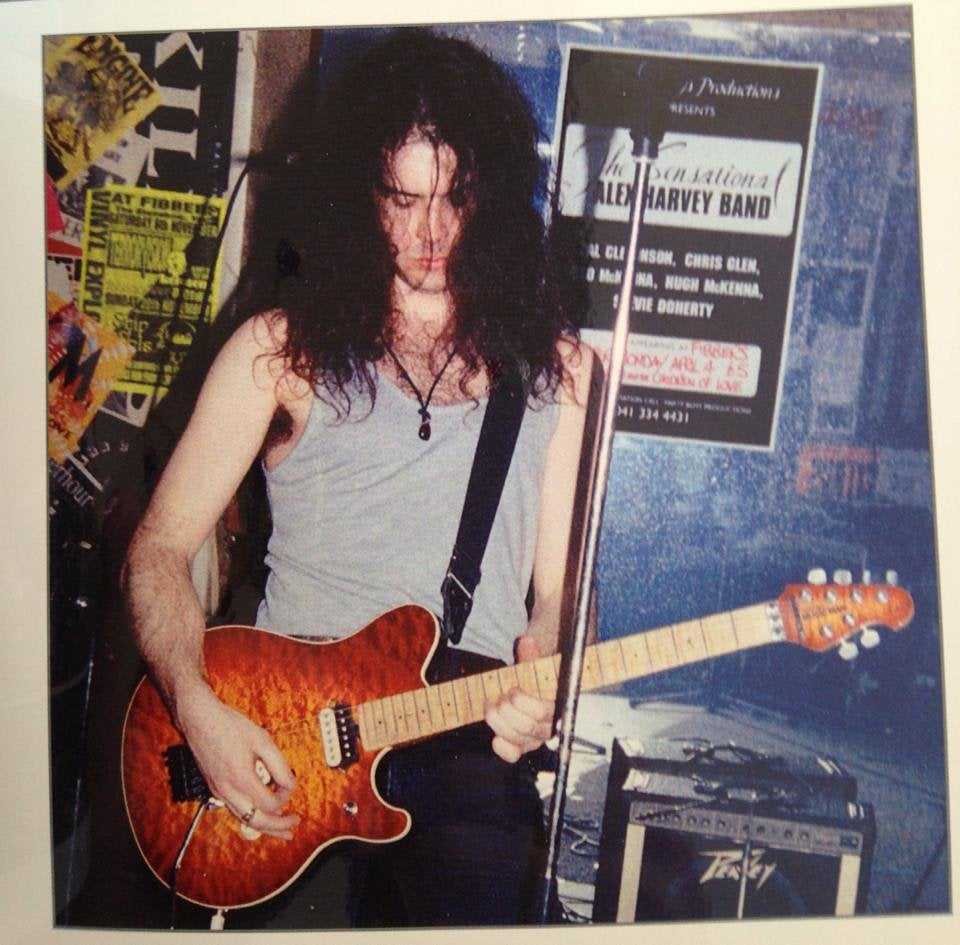 There is nothing more beautiful than composing for bear and bird – Music & Video Games: Grant Kirkhope

For better or worse we all know what the intricate development of Banjo & Kazooie for Rare, but this is where it is interesting to discover the modus operandi with which Grant Kirkhope goes to compose the music for his video games. What was supposed to be the role-playing game Project Dream for Super Nintendo has gradually but steadily given way to a light-hearted country bear capable of exploiting the skills of a sarcastic bird to soar. The then emerging fashion of backpacks in Japan did the rest, to build a global appeal. The eyes know this, but what about the ears?

The cartoonish look with which the artist chooses his own sounds, he immediately presented a particular style: unsaddle the player. The melody of any game set to music by Kirkhope it never goes in the direction we would expect when we listen to it for the first time: where we expect a high note, here comes a low one. This bit of bittersweet flavor contributes to the unique and inimitable personality of Kirkhope’s strong style, creating an unmistakable musical taste. We have included below aanalysis which well illustrates what we mean.

Grant Kirkhope’s style is not just “cartoon” music for its own sake: the author has also worked on more serious video games. An example above all is Perfect Dark, the historic spy shooter symbol of Nintendo 64 (along with GoldenEye 007, also set to music by Kirkhope). Among the other projects of the artist we also find more cinematographic works. We do not allude to videogame experiences permeated by cutscenes, but real films, in what the composer’s biography on his official website openly calls one of his busiest and most demanding years: 2016.

Ironically, Kirkhope was hired to compose the film’s soundtrack The King’s Daughter, in which together with William Hurt and Kaya Scodelario we also have Pierce Brosnan as the protagonist. The following year, therefore, the actor would be accompanied by the music written by the composer who set to music the videogame counterpart of his version of James Bond. Sue are also the notes of the film Shadows, which earned him an award in 2020. After the success with Viva Piñata on behalf of Rare in 2007, the author began working as freelancer in what would become a further step towards the videogame music pantheon.

I did a little video to help with the Kickstarter … I shouldn’t have bothered!!!https://t.co/83jllV5uso

As we recalled talking about David Wise’s music, for Grant Kirkhope the return to platformers with Yooka-Laylee (above) was wanted by popular acclaim (or better, by sponsors via Kickstarter) by fans of the old Rare video games. What we have not focused on, however, is the involvement of the author for the music of an all-Italian project, Mario + Rabbids: Kingdom Battle, whose 3D models surprised Nintendo enough to convince them of the potential of this crossover. The passion he brought Davide Soliani of Ubisoft Milan to be moved at E3 has guaranteed a sequel to the game, which will see the return of Kirkhope.

To involve a Western composer for the first time in a Mario title was a double bet (together with the Italian development team, in which former editors of Nintendo La Rivista Official work). However, the Big N loved the tune rearrangement of the Peach Castle to the point of convincing himself to open the musical doors of Super Smash Bros. Ultimate to a Western author. The honor of this record goes to Kirkhope, whose notes (after an initial denial to avoid leaks) triumphantly accompanied the arrival of Banjo and Kazooie on the roster.

Between the banjo and the kazoo, Grant, when are you coming back?

By now the trust and respect that Grant Kirkhope has been able to accumulate over the years speak for themselves, but beyond the aforementioned Mario + Rabbids: Sparks of Hope the future of the Scottish composer is shrouded in mystery. Despite a versatility that led him to music Kingdoms of Amalur: Reckoning and Civilization: Beyond Earth, both of which earned him BAFTA awards, the author of the soundtrack (among other things) of Castle of Illusion starring Mickey Mouse has retired to private life in Los Angeles, California with his wife and two children. Until the next project, we can only look forward to its return.

Now it’s up to you to tell us yours: is there any oversight in our special, or do you also love this great artist? Let us know below, and as always don’t forget to stay on TechGameWorld.com for all the most important news for gamers and more. For your purely gaming needs, you can instead find the best discounts in digital format on Instant Gaming.

Deviation Games: here is the new studio of the Call of Duty veterans