Bongos, marimbas and more: let’s talk today about the man behind the music of many of Naughty Dog’s first video games, Josh Mancell

Welcome back to Music & Video Games, our usual column in which we treat the artists behind our favorite medium: and after having exploited Michele “Caparezza” Salvemini as a trailblazer, the continuous ping pong between east and west brings us to our second western composer, Josh Mancell. Compared to Akira Yamaoka, Koji Kondo, David Wise and Yoko Shimomura the name might tell you very little, but if you owe your passion for Sony (or platformers) to a orange marsupial and you loved Naughty Dog’s music of the heyday, the credit goes to this artist.

The beach of follies

Josh Mancell demonstrated a passion for music during his childhood before video games lived theirs. Born on November 13, 1969 in Ann Arbor, Michigan, as a child Mancell learned to play piano, percussion and guitar. Already at an early age, the author was “an avid vinyl collector”. Exposure to sounds for more genres different, both behind and in front of the instruments, soon made him an expert in punk rock, jazz, more orchestral music and even band songs.

Not surprisingly, university professors encouraged him to move to The Angels, in order to write music for film and television. He did it with the cult film Bongwater in 1997, in which Luke Wilson (Idiocracy) and Jack Black (Love at first oversight, Tenacious D and the fate of rock) made one of their first appearances. Even the animated series Clifford, which we aired on Rai Due (and, in rerun, on Rai Yo Yo), was set to music by him. But, if we’re not mistaken, you’re here for another vermilion-hued beast, aren’t you? 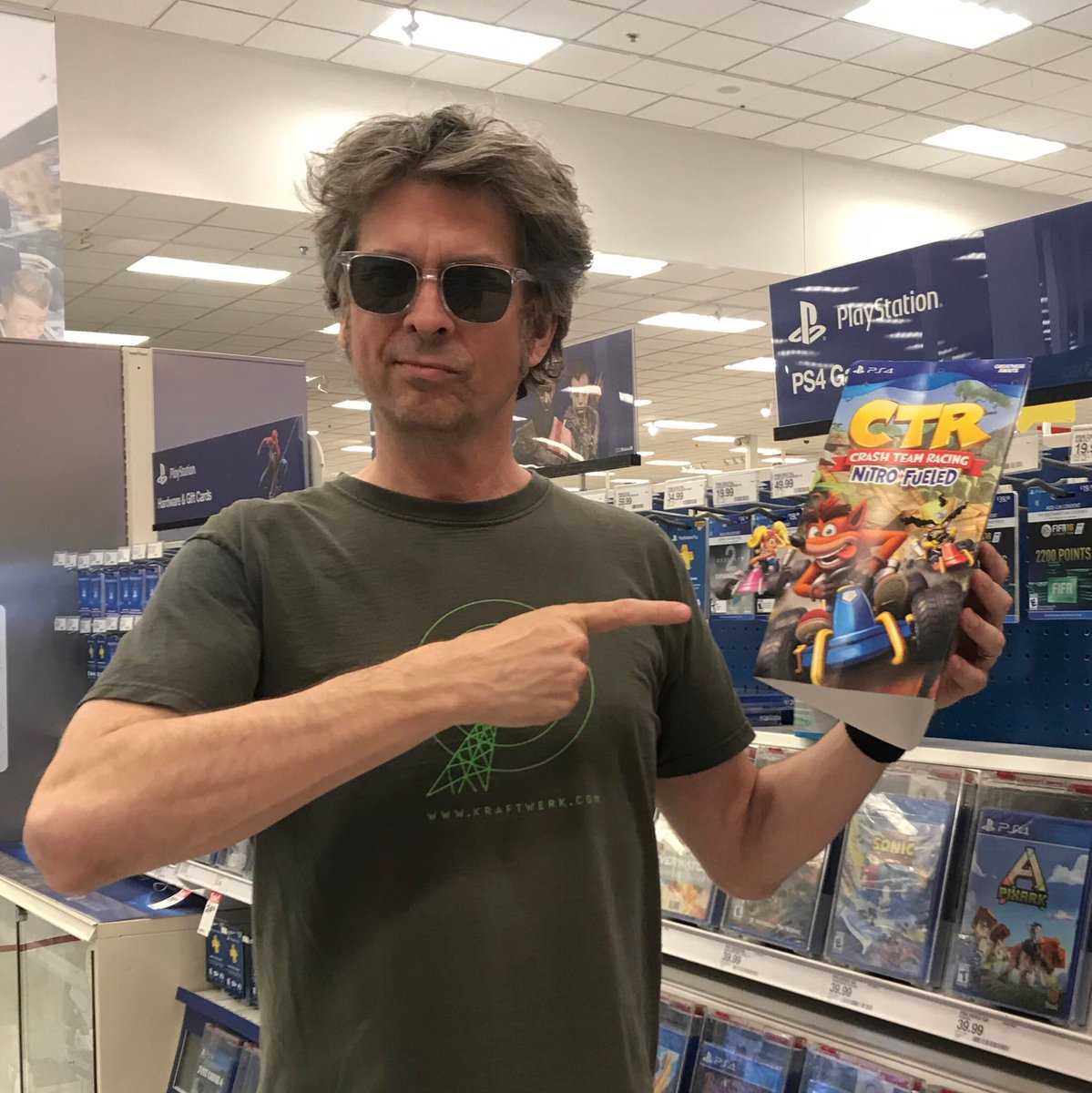 Before we talk about Josh Mancell’s work in video games, we need to turn to (pun not intended) a whole other music. In fact, we take the opportunity to talk about a prolific musician, Mark Mothersbaugh, best known for starting the band I must. Beyond this enormous credit for contributing to a considerable wave of new wave music in the 1980s, Mothersbaugh has also composed for many TV series (Rugrats) and for several films, mostly those of Wes Anderson (The Tenenbaums, Steve Zissou’s Aquatic Adventures) and of Phil Lord e Chris Miller (The Lego Movie, The Mitchells vs. The Machines), as well as Thor: Ragnarok.

In addition to this impressive pedigree, Mothersbaugh has also produced Josh Mancell’s songs for the gaming market with the record company. Mutato Music, where “Mutato” is a cross between mutant (mutant, from the Devo nickname to which their cameo in Futurama refers) and tomato (tomato, nickname of their fans). You may remember this name in the credits, printed strictly in white, which followed the clashes with one of the most iconic final bosses of the PS1 era: Dr. Neo Periwinkle Cortex. 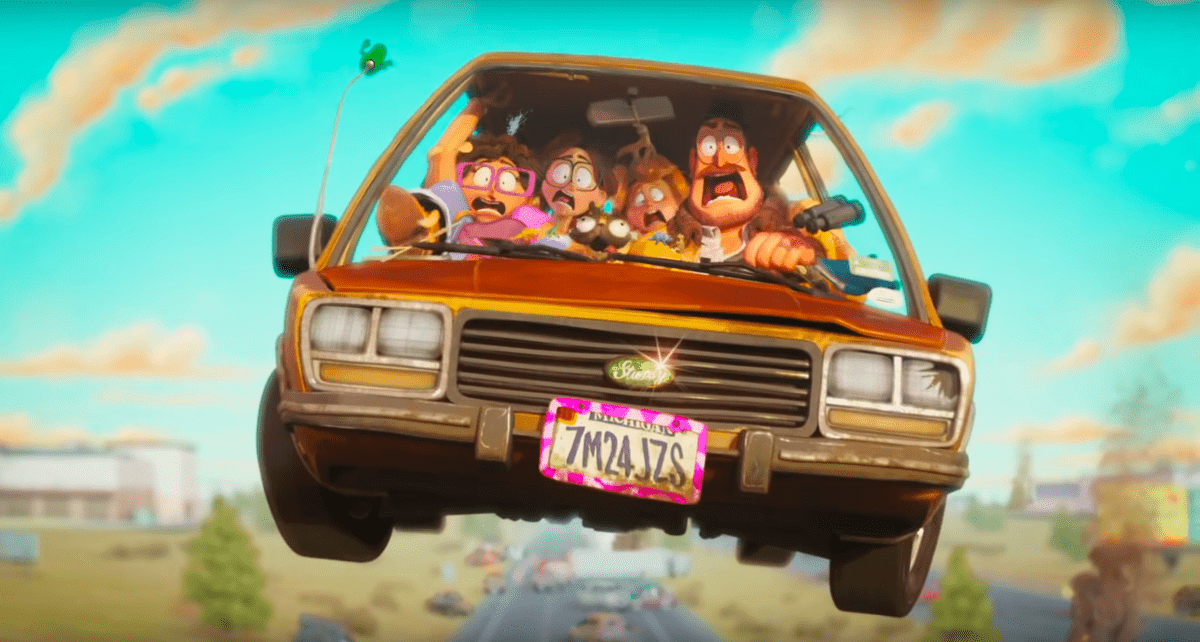 We alluded to Josh Mancell’s music in our first special on Crash Bandicoot dedicated to the curiosities about the first trilogy of this famous video game saga. There is hardly much we can repeat ourselves about. To be sure, Mancell had composed his first videogame soundtrack the year before with Johnny Mnemonic, an interactive computer adventure produced ironically by Sony itself. Evidently, the Japanese giant (as well as Mothersbaugh) knew he had found a right horse to bet on, casting the author for the debut of one of the most beloved heroes of platforming.

Not unlike David Wise, Mancell aimed with the first Crash Bandicoot (1996) towards a sound more focused on create atmosphere what else. Precisely for this reason, as we said in the aforementioned special, the release of the game in Japan required for Koala Kong, Pinstripe Potoroo, Nitrus Brio and Neo Cortex the “most videogame” songs, which the artist quickly composed for the occasion. The rest of the soundtrack, however, remained unchanged, maintaining the artistic vision of the original project: a title that, although pales in comparison to the sequels, for the year of release remains truly ambitious. 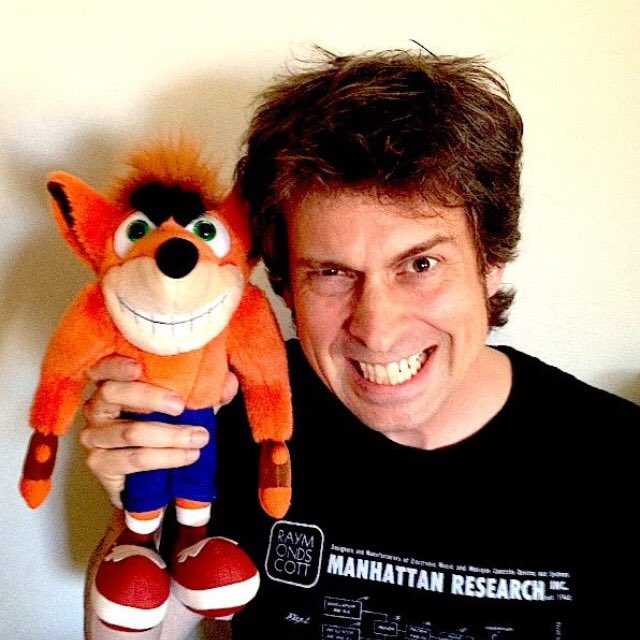 If you have seen the video in English included in our article on trivia from the first Crash Bandicoot video games, as you may have imagined with so much emphasis on the graphics of the first chapter, the space for Josh Mancell’s music was very little. Not that the artist had ever found the minimalism: Johnny Mnemonic’s songs were short loops between one of the pre-time action scenes and the next. However, with the emphasis on graphics for which the console maker is still known today, Mancell just had to make do with what he had. Naughty Dog saved his tools in the soundfont of the game, and a MIDI would play them.

I rights of the original soundtrack, for the curious, still belong to Mark and Josh. Although the authorization of the other parties involved is also required to publish it, however, the latter recently uploaded it to their profile soundcloud the decompressed versions of the songs, with less muffled acoustics for each of the instruments. At the time it was unthinkable to be able to play with these versions, but today you can get an idea of ​​how they would have been looking on YouTube “pre-console mix”. 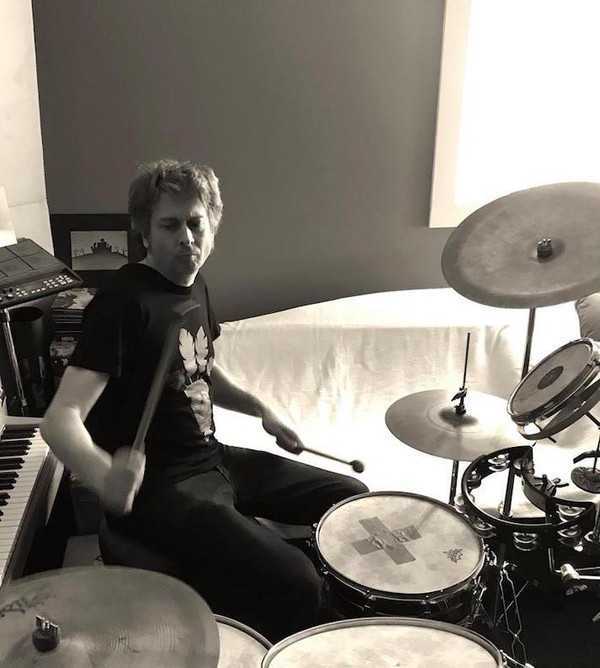 Despite the limitations, of all the music composed for video games in the original trilogy Josh Mancell still finds the “mambo dello zoticone”One of his favorite songs. He calls it this in the interview written by KeijiDragon (in turn owner of a YouTube channel including Mancell’s music) on the Crash Mania fansite, but in reality it is the song that accompanies the Hog Wild and Whole Hog levels in the very first Crash Bandicoot . According to the same interview, another of his favorite compositions is the Dingodile theme da Crash Bandicoot 3: Warped.

With the bosses in particular, Mancell has indulged in the to evolve their musical themes. Just think, for example, of the Cortex theme, which adds meat to the fire on the occasion of the final battle of Crash 2 and then returns in the third chapter by combining the two previous versions. Mancell’s other modus operandi is to change only the instrumentation, and in the version of Tiny seen in the Roman arena of Crash 3 the result is of great impact. Despite his personal style, the Devo influence is always present. Just think of the parody “More Devo of Devo” of “Weird Al” Yankovic, Dare to be stupid, whose rhythm is identical to the music of the levels Piston It Away e Spaced Out.

After Steve Duckworth took over the music of Naughty Dog’s first unrelated Crash, Crash Bash, Josh Mancell instead stayed with the development team to work on “Project Y,” which later turned out to be one of Sony’s most successful video games. We allude, unsurprisingly, to Jak & Daxter, in which at least in the initial stages Mancell remained anchored to the same limitations as always: MIDI, MIDI and more MIDI. Despite this, the development team was pushing for a greater sense of epic. You can imagine the frustration of the composer.

Especially, it was Jak II: Renegade giving Mancell most of the headaches: nearly every plan for a dynamic soundtrack has gone up in smoke, in what he calls “a weird and limiting way” to compose music. Things changed only with the third chapter, in which the artist was finally able to implement complete songs in the game. This evidently proved so liberating as to bring him to highlight how much he had fun with Like 3. And to think that, “in the vault” as he says, there must still be a myriad of unreleased songs! 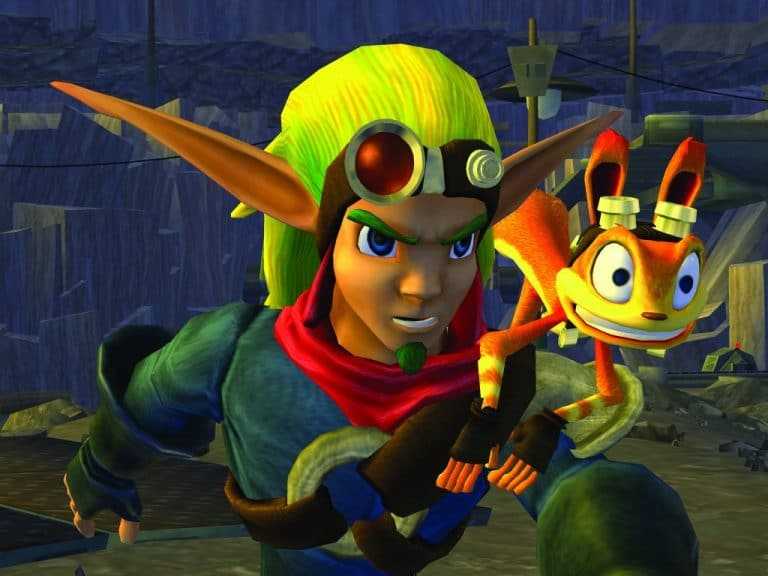 “I have to” talk about other influences – Music & video games: Josh Mancell

Josh Mancell, outside of his career as a video game music author, has participated in several artistic collaborations. Between 1995 and 1996 he was part of the punk rock band The Millionaires, in 1997 he was a member of the acid jazz and lounge band Uluteka, from 1992 to 2007 of the aforementioned Mutato Muzika, in 1999 of the power pop group The Dining Room Set, in 2001 of the electronic group The Wipeouters, from 2006 to 2010 of psychedelics The Moon Upstairs and, from 2010 until now, of the post-punk group Exploding Flowers.

Josh Mancell’s musical influences range from electronic artists like Mouse on Mars, A Guy Called Gerald, Aphex Twin, Juan Atkins, Richard H. Kirk and the Kraftwerk to more famous bands like the Pink Floyd. The “interesting rhythmic elements” are the main attraction of the sources for Mancell, as they are “melodiously simple, but also quite unexpected” inspirations. The whirlwind of influences in Mancell’s style, therefore, is simply impressive. Mancell, like Wise and (more on this in the future) Stewart Copeland, he would occasionally play the preview titles and then start composing. 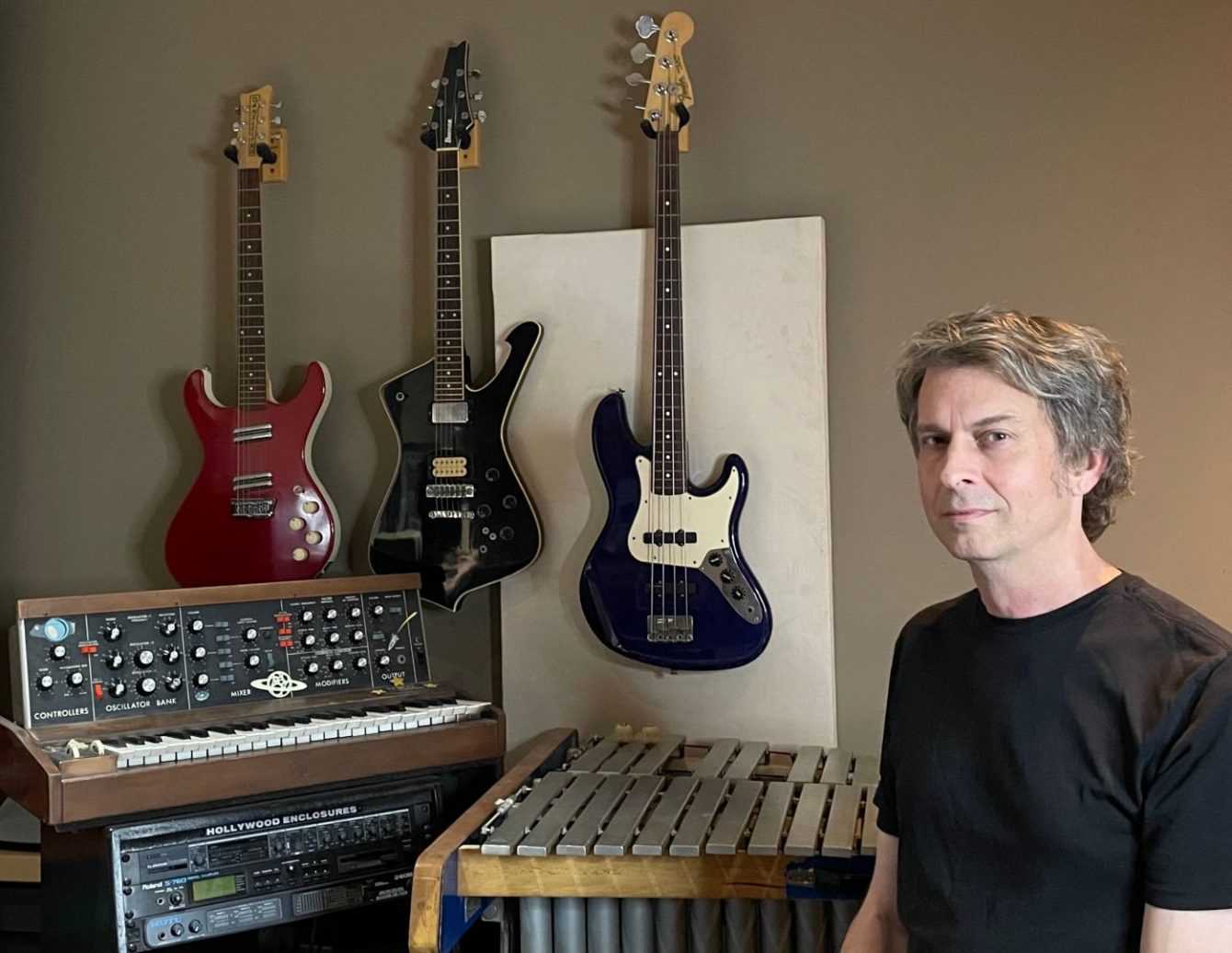 According to Josh Mancell, the only directive for most of his music for early Crash Bandicoots was simply “ambient jungle,” which translated in layman’s terms mostly means atmosphere and sound effects. Not even he, after having cultivated his passion independently for years, would have expected that the franchise would grow to what it is today. We may never know what those “four unused demo songs” look like for the first game, the alternative music for the glaciers of the second episode or the pirate bays of the third chapter.

All we can do, though, is thank Mancell for being part of a rich pantheon of musicians who have led us to hum and hum those tunes for years. For our part, we never stopped whistling the tunes of this boy from Michigan. We did not do it at school, dreaming of returning as soon as possible “to the Play” on the sober notes of Snow Go, and for sure we will not stop now that, between job applications and thirty-year-old ailments, the port of It’s About Time on Nintendo Switch continues to use the same music for Calm and Cool. Thanks again, Josh!

Now it’s up to you to tell us yours: what do you think of this great artist? Let us know below, and as always don’t forget to stay on TechGameWorld.com for all the most important news for gamers and more. For your purely gaming needs, you can instead find the best discounts in digital format on Instant Gaming.