Table tennis between the West and Japan continues unabated Music & Video Games with another of the greats, Motoi Sakuraba. Last time we talked about Josh Mancell, after having treated Akira Yamaoka, Yoko Shimomura, David Wise and Koji Kondo, leaving aside our use of Caparezza as a trailblazer. We would have liked to bond more with Mickey Mania, but the little material on the net about Andy Blithe, Marten Joustra and Matt Fourniss would have brought us to Michael Giacchino, whose major focus goes beyond the gaming field. Not that Sakuraba has always remained in this area, though.

The fifty-five-year-old Motoi Sakuraba was born on August 5 of 1965 in Akita prefecture, Japan, but his passion for music really flourished when video games were already on the crest of the wave. In fact, at Meiji University, the boy began to take the music industry seriously, forming the progressive rock band Clashed Ice in 1984. The first lineup had Sakuraba on keyboard and Genta Kudo as singer and drummer. After graduation, music producer Shingo Ueno (Made in Japan Records) saw potential in Clashed Ice and signed them.

With the addition of bassist Tetsuya Nagatsuma, the band changed the name to Already seen. In 1988 the band released their only album, Baroque in the Future, entirely composed by Sakuraba. The group disbanded in 1989, but the artist later released a solo album in 1991, Gikyokuonsou (below). A few months after the breakup, however, Sakuraba began composing for a development team: Wolf Team. The name might tell you little, so maybe we should call it as it is known today: this is Namco Tales Studio Limited, which as the name implies is the incubator of the series Tales of. 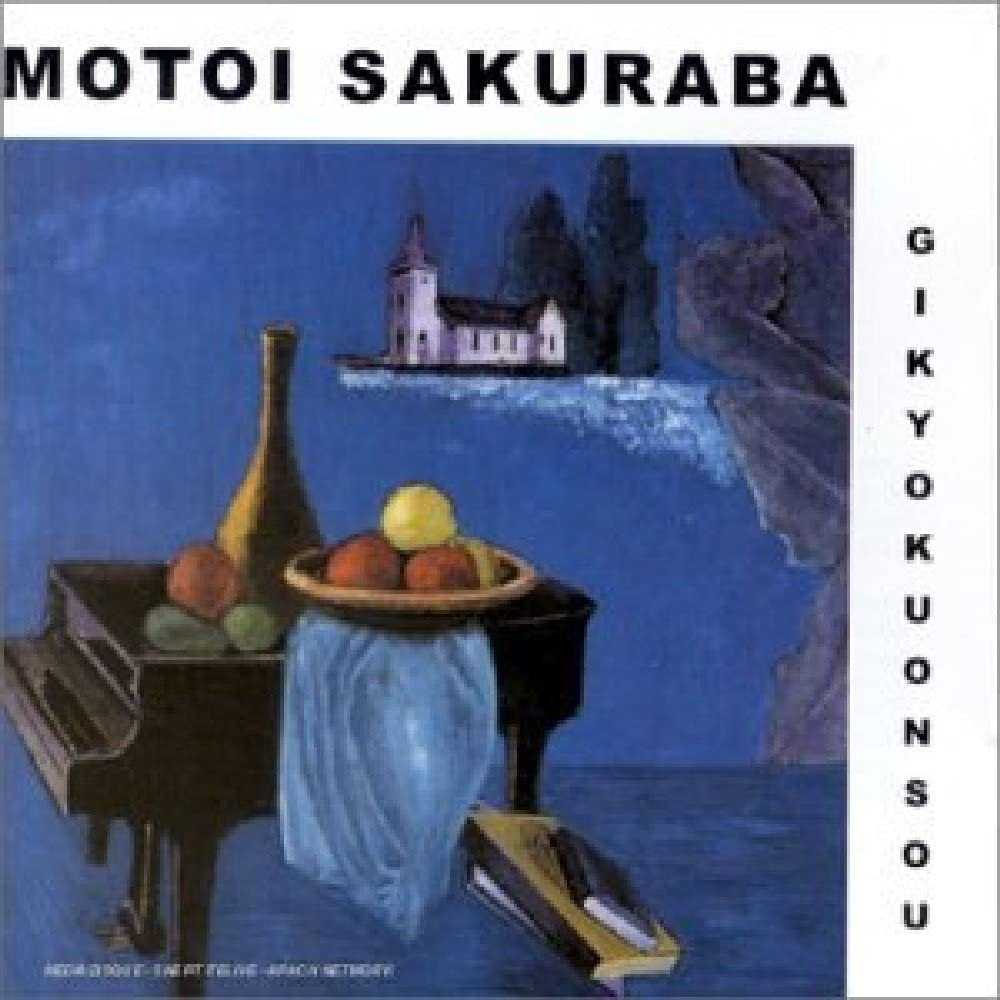 Since his entry into the video game industry in the company of colleagues Masaaki Uno and Yasunori Shiono, Motoi Sakuraba has consolidated professional and friendly relationships that have led to a great demand for his skills in music. Nonetheless, in 1994 his place in the Wolf Team was replaced by another historic job: that of Camelot Software Planning as coordinator and sound director, which brings us to the works for which the musician is best known. We talk about Mario Tennis, Golden Sun and also Mario Golf, which is about to receive a new chapter.

However, the engagement with Camelot didn’t stop Sakuraba from helping out old friends. In 1995, Wolf Team started the Tales of Phantasia for Namco. This was the first of many Tales of to boast Sakuraba and fellow Shinji Tamura as a composer. Also in 1995, Jun Asanuma (then director at Wolf Team) and Yoshiharu Gotanda (writer of Tales of Phantasia) founded tri-Ace with the financial help of Enix (before the wedding with Square). You may remember them by titles like Star Ocean e Valkyrie Profile. Even for tri-Ace, Sakuraba has always been a leading composer. 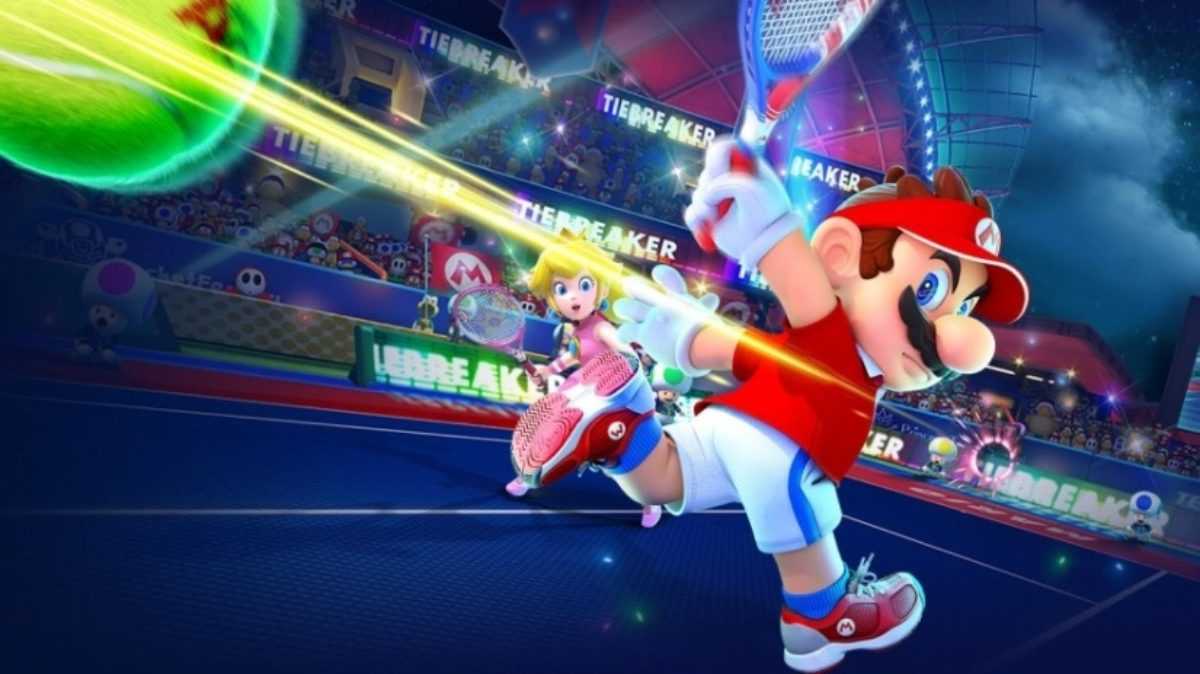 In 1999 another video game star was born, combining the music of Motoi Sakuraba with the talent of Hitoya Hatsushiba in programming. The then newborn tri-Crescendo is the sound team for tri-Ace, who under the wing of Monolith Soft contributed to the role-playing game for Nintendo GameCube Baten Kaitos: The Eternal Wings and the Lost Ocean. Namco funded the latter project. Hatsushiba, as director and principal programmer for the project, again requested Sakuraba’s musical talent, and it was repeated for Baten Kaitos Origins ed Eternal Sonata.

What was left of Wolf Team joined Bandai Namco’s subsidiary Namco Tales Studio we mentioned earlier in 2003. In recent years, Sakuraba has continued to compose music for franchise he previously worked on, writing the tracks for Star Ocean: The Last Hope, Golden Sun: Dark Dawn, Mario Tennis Open, Mario Golf: World Tour and many titles in the Tales of series, including Hearts, Graces, Xillia, Xillia 2, Zestiria and Berseria. Sue are also some of the music of Kid Icarus: Uprising, Phantasy Star Nova, Bravely Default, Monster Boy (below, with the sound team) and, above all, none other than the (perhaps) pregnant Dark Souls. 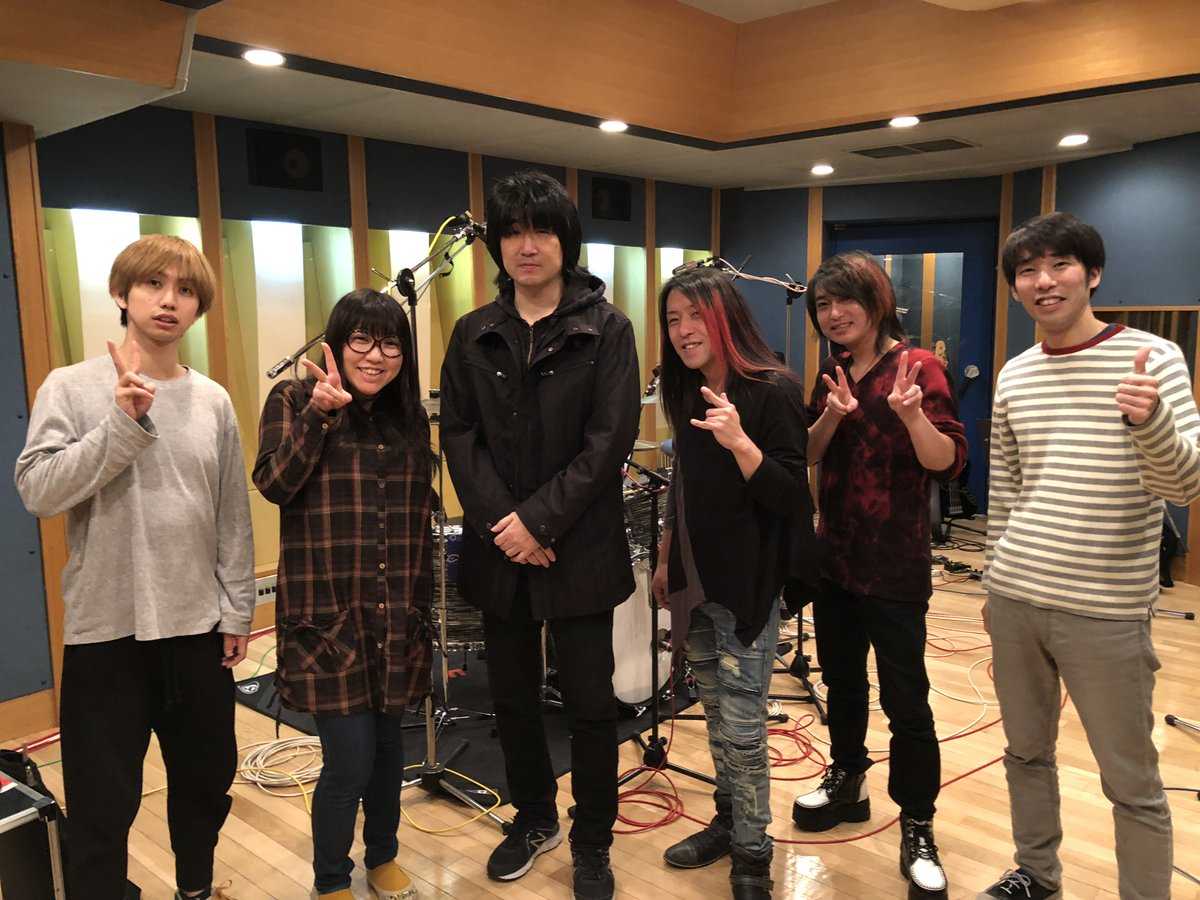 In 2007, Motoi Sakuraba joined the dream team behind the music of one of the video game series that we have delved into most recently. Starting from Super Smash Bros. Brawl, his are the rearrangements of Melee’s menu, “Gourmet Race” from Kirby Super Star, “Jungle Level ver. 2 “from Donkey Kong Country,” Mario Tennis / Mario Golf “which incorporates both spinoff series,” Victory Road “from Pokémon Ruby and Sapphire,” Airship Theme “from Super Mario Bros. 3,” Battlefield “,” Final Destination ”And finally“ Battle Scene / Final Boss ”from Golden Sun: The Lost Era.

However, his contributions to the crossover series certainly didn’t stop there. Seven years later, in 2014, he gave birth to other arrangements for Brawl’s successor, namely Super Smash Bros. for Nintendo 3DS and Wii U, for which Sakuraba composed the new versions of “Theme from Area 6 / Missile Slipstream” from Star Fox 64 and Star Fox Command, “Battle! Team Flare ”from Pokémon X and Y and“ The valedictory elegy ”from Baten Kaitos Origins. His assistance also extends to Super Smash Bros. Ultimate, which still boasts more than a thousand songs in its very rich library. 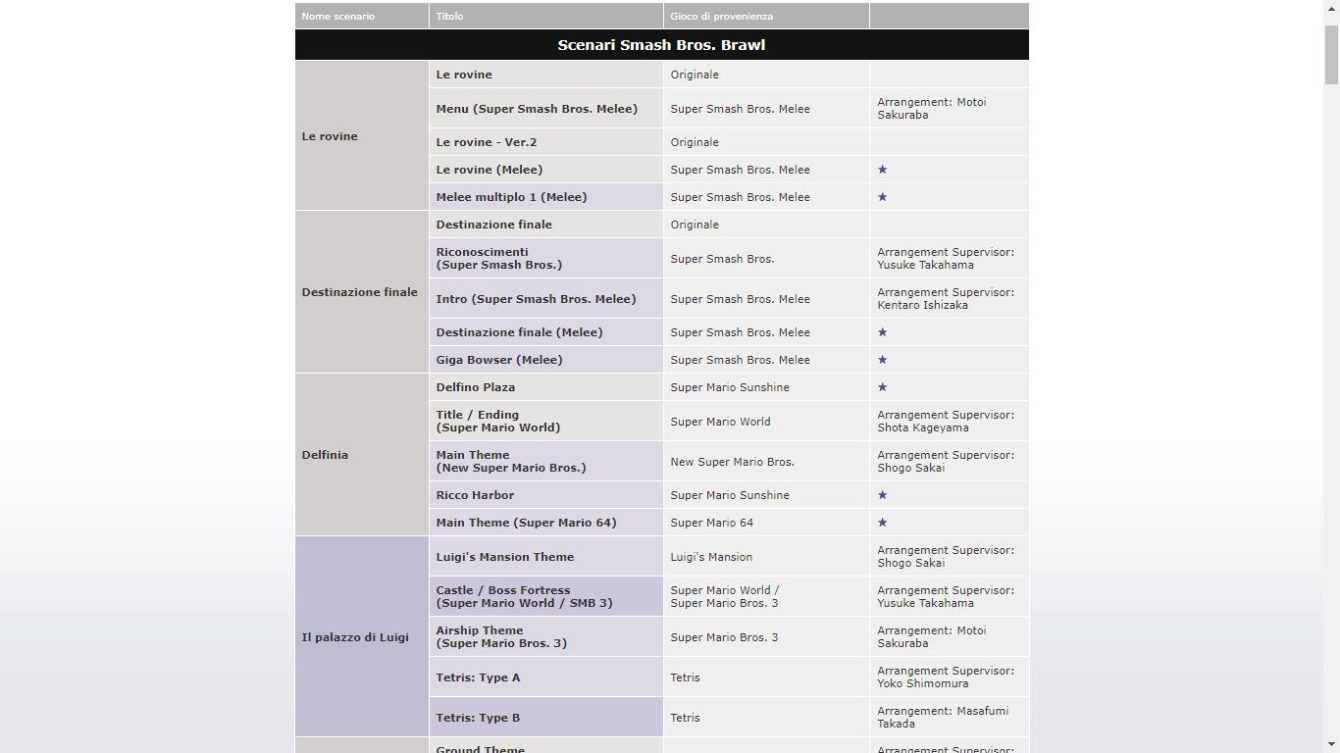 For the writer, a distinctive trait of Motoi Sakuraba’s music are the delicate wind instruments present in Camelot’s video games, such as the menu of the first Mario Tennis and almost the entire Golden Sun saga. However, the composer’s musical art goes beyond still, albeit occasionally, only from the videogame environment, as demonstrated by the album Forest of glass, What’s up? and Passage. We’ve already mentioned that Sakuraba covered Dark Souls’ black souls, but we didn’t mention anything about his background in the soundtrack industry. anime.

In fact, Japanese animation boasts the talent of the composer for several series, such as Saiyuki (below and in last month’s Amazon Prime catalog), White cross/Knight Hunters and others. In one case of “one hand washes the other”, some of the video games he set to music received in turn a manga or anime adaptation, and in the second case Sakuraba was happy to take care of the sound. We remember Star Ocean EX, Tales of the Abyss, Tales of Zestiria the X and, as far as movies on the big screen are concerned, too Tales of Zestiria: Dawn of the Shepherd. 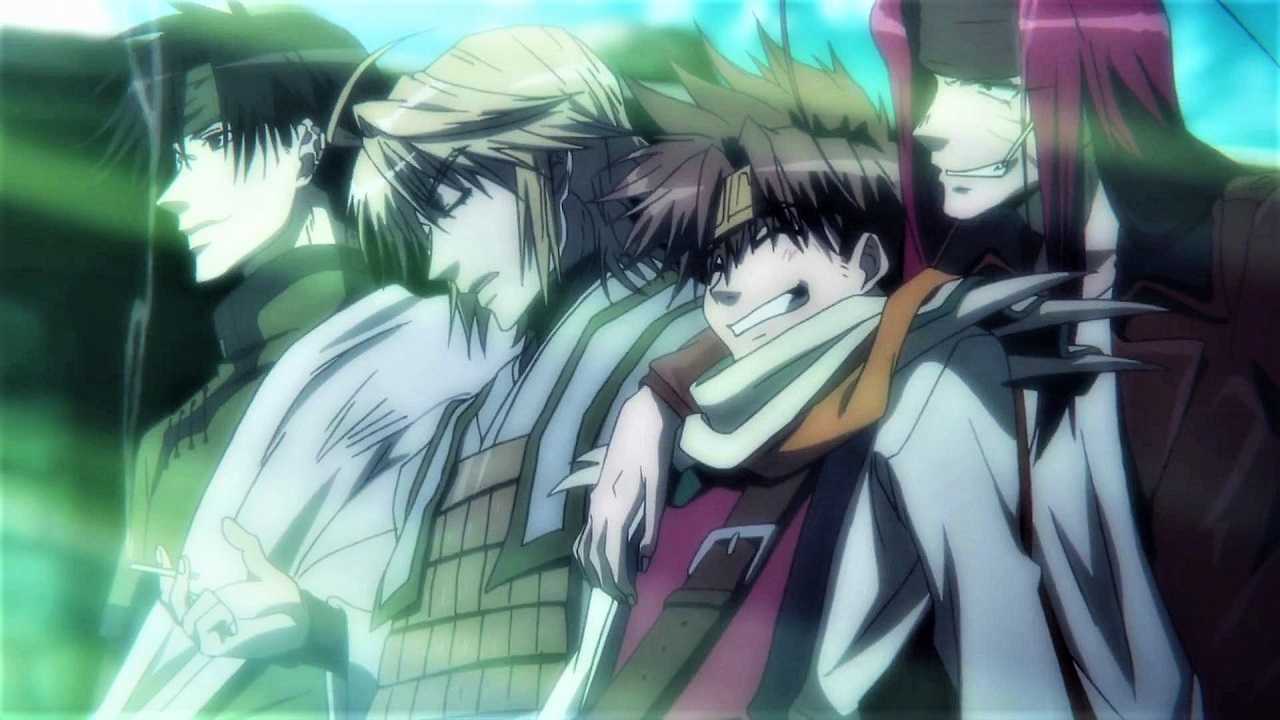 In July 2003, Motoi Sakuraba held its first live concert in Tokyo. He played progressive rock interpretations (Pink Floyd, Genesis i Beatles at the end of his career) of his video game music such as the Star Ocean series and Valkyrie Profile. Accompanying him on stage were bassist Atsushi Hasegawa from the band Gerard and drummer Toshihiko Nakamura. The concert was released on DVD and CD, and during rehearsals Hasegawa and Nakamura assisted in recording new material for the Director’s Cut edition of Star Ocean: Till the End of Time.

The following year, a second concert in a smaller location included both music from Baten Kaitos and original compositions. However, the concert was never recorded. Later, in 2006, a third live event celebrated Valkyrie Profile: Silmeria. The biggest concert was in September 2011 when Sakuraba’s band joined Nobuo Uematsu (we’ll talk about it in two weeks) and yours Earthbound Papas (below) to Kawasaki. In this case there were performances of progressive rock, rearrangements and, for Sakuraba’s first six tracks, the sale of a CD as a preview of After all…, at the time his upcoming album. 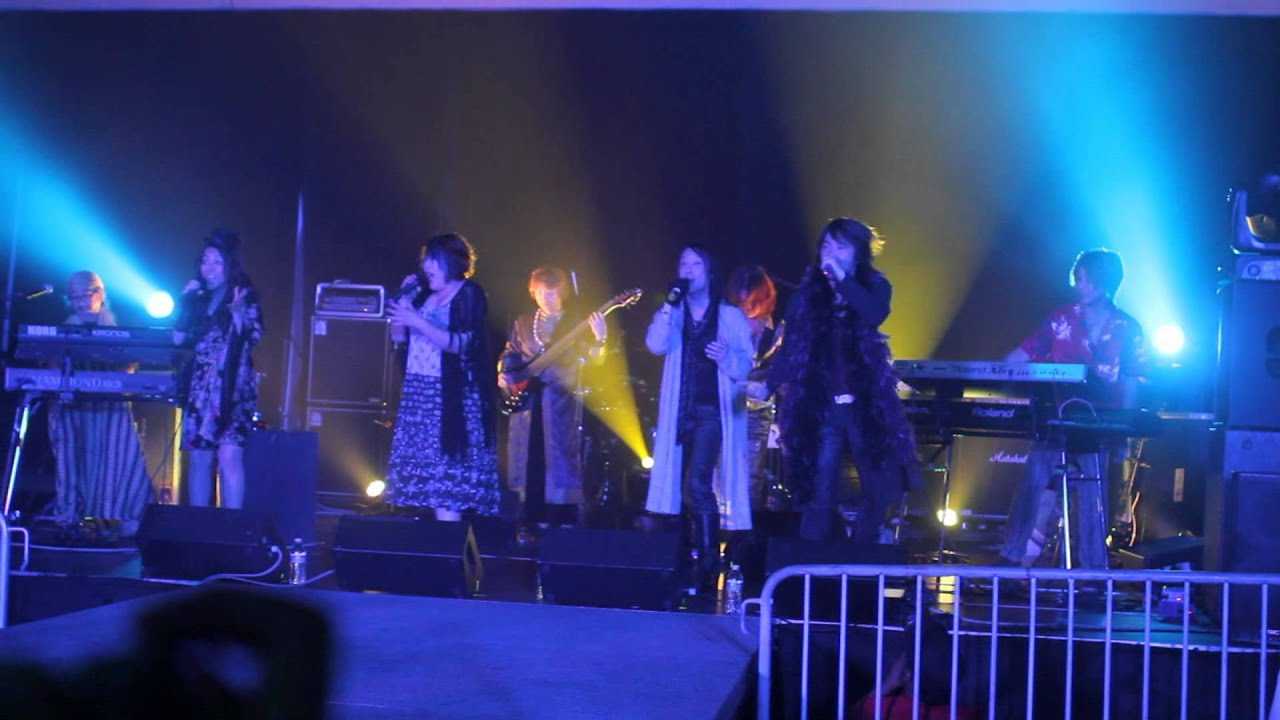 Motoi Sakuraba’s music returned to the Yokohama arena stage for the Tales of Festival 2015, marking the live debut of the Bandai Namco series video games. Joining the Tales of series, we have Dark Souls in the concert Orchestral Memories of the Salle Pleyel in Paris in 2017 (below). Finally, Sakuraba brought the unreleased song Endless Journey for the 2020 Tales of Festival, dedicated to the 25th anniversary of the saga. Throughout his career, the composer has poured out a rich cornucopia of musical influences in their own repertoire, starting from the style baroque.

Obviously there is also the hand of Japanese progressive rock of the eighties, but to this recipe Sakuraba adds his own trademarks. Elaborate rhythms, flutes, male choirs and sometimes reverberations: these are all common elements in the musician’s style, who blends symphonic progressive rock with a cinematic orchestra with a touch of new age. Also, Sakuraba is known for improvisations in jazz style that enrich the style, which over the years has become more and more versatile. In other words, a worthy mixed musical heritage for one of the industry greats. 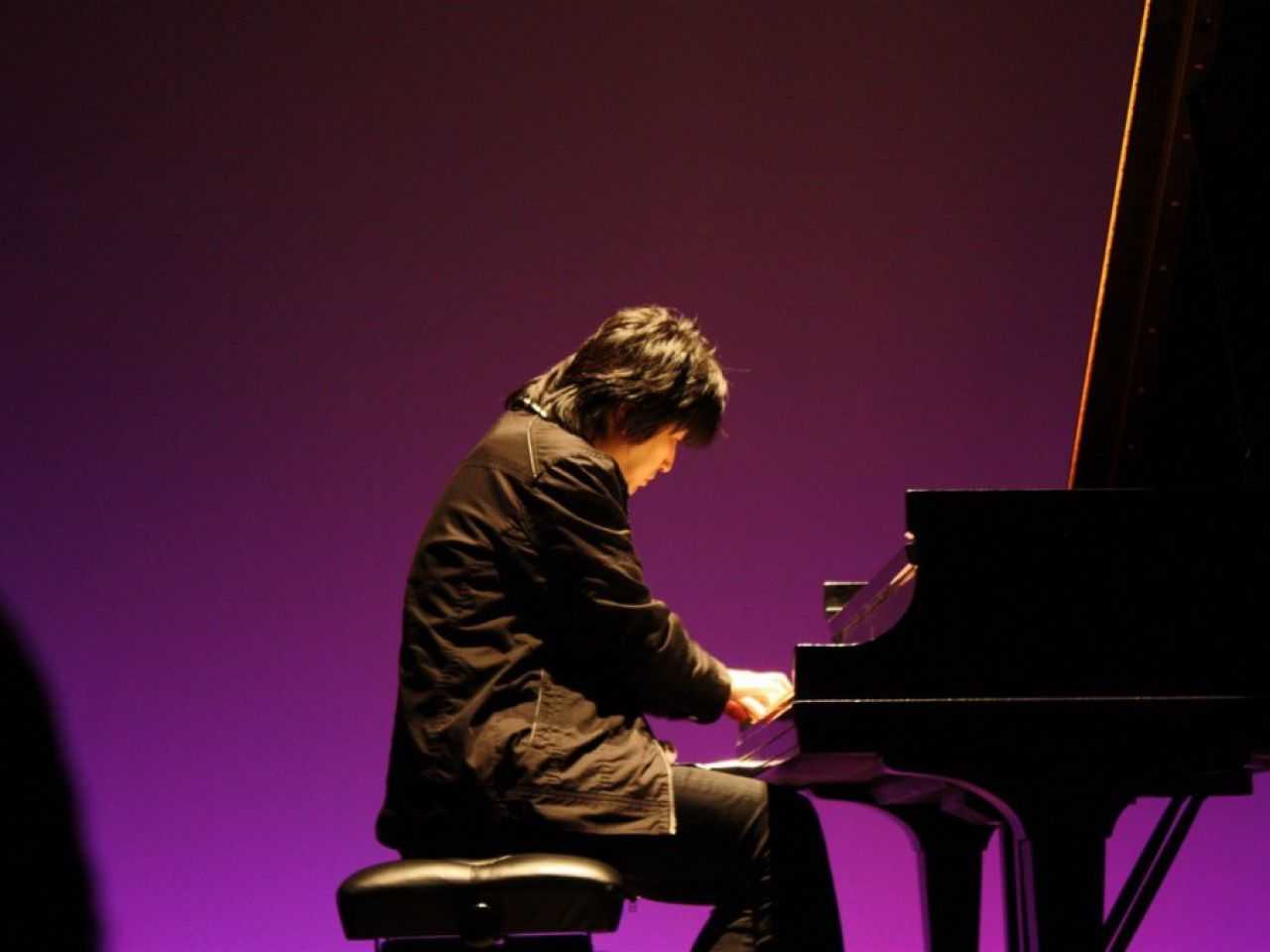 The tennis of swords

Even just taking Motoi Sakuraba’s talent for video games from Camelot Software Planning, it’s incredible the versatility of a style of music capable of adapting to tennis courts and epic fantasy. The Elemental Stars from the first Golden Sun it remains one of the most solemn “sanctuary” songs ever to exist on the gaming front, which is impressive considering that it is music conceived for the Game Boy Advance speaker. Similarly, the main menu of Mario Power Tennis (GBA) manages to maintain an identity of its own while having the same equipment as the fantasy titles.

Even today we wanted to pay homage to a great man of videogame music. It’s just a pity that, in his case, the notes written on the scores of the man who hides behind them are often more remembered. It will be the same with the western composer we are going to talk about next week? Follow our column on the weekend to follow and you will find out with your own eyes … or rather, ears!

Now it’s up to you to tell us yours: what do you think of this great artist? Let us know below, and as always don’t forget to stay on TechGameWorld.com for all the most important news for gamers and more. For your purely gaming needs, you can instead find the best discounts in digital format on Instant Gaming.