Here comes the new trailer released by BANDAI NAMCO, which presents us the second character of the second Season Pass of My Hero One’s Justice 2: Present Mic.

Bandai Namco has just released the new trailer of the famous fighting video game. From today, players will be able to fight as the eccentric teacher and famous commentator of the UA Sport Festival: Present Mic. His Quirk modulates the volume of his voice, allowing him to create devastating sonic waves, strong enough to render his opponents helpless and push back anything that gets in his way.

Present Mic is the second character in the game’s Season Pass 2. Each character is available as part of the Season Pass or can be purchased separately. The demo is still available for PlayStation 4, Xbox One, Nintendo Switch and PC and gives access to the start of the game in Story Mode and Free Battle with 6 characters from the roster. 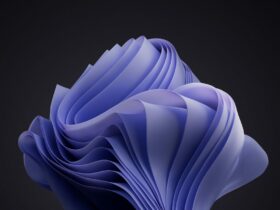 Pantone integrates the Color of the Year 2022, Very Peri, into Microsoft services

PlayStation Plus: leak of the free games of September

The best graphic adventures: where to start? (Part I)