WhatsApp Beta just got a new one update, which brought the version of the application dedicated to beta testers to issue 2.21.22.8. The update added some cool features to the system, including the ability to create new skin tone combinations for couple emojis. Furthermore, some bugs have been fixed. Let’s find out all the details together.

The update of WhatsApp Beta: the new functions 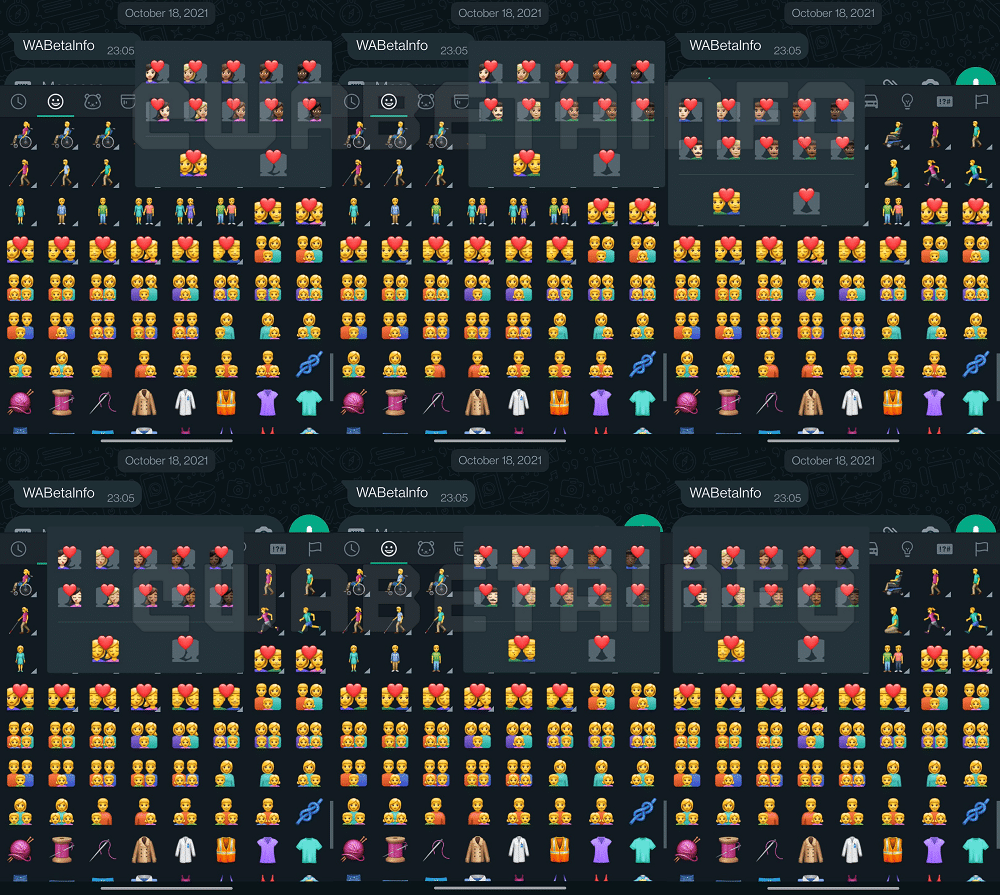 Finally the new update has arrived and WhatsApp has fixed the missing notification sounds problem. Meanwhile, the development team is continuing to work on new features coming with the next updates. A few weeks ago, it had been revealed through Twitter that WhatsApp was going to support skin tone combinations for couple emoji.

The feature has been in development for some time and now it is finally arrived. The new emojis have been added and you can see in the image above.

As you can see, users will be able to create different combinations of skins using two different emojis. A new beta update to improve this feature is expected in the future but, at the moment, an official release date is not available.

The update 2.21.22.8 for WhatsApp Beta is currently available to registered users on the Play Store beta channel. If you prefer, you can install manually its APK by downloading it from APK Mirror. Among the other news of WhatsApp we remind you that today Google announced that it will be possible transfer your chats from iPhone to Android even on smartphones Pixel.

This will be possible through smartphones that have the new system Android 12.