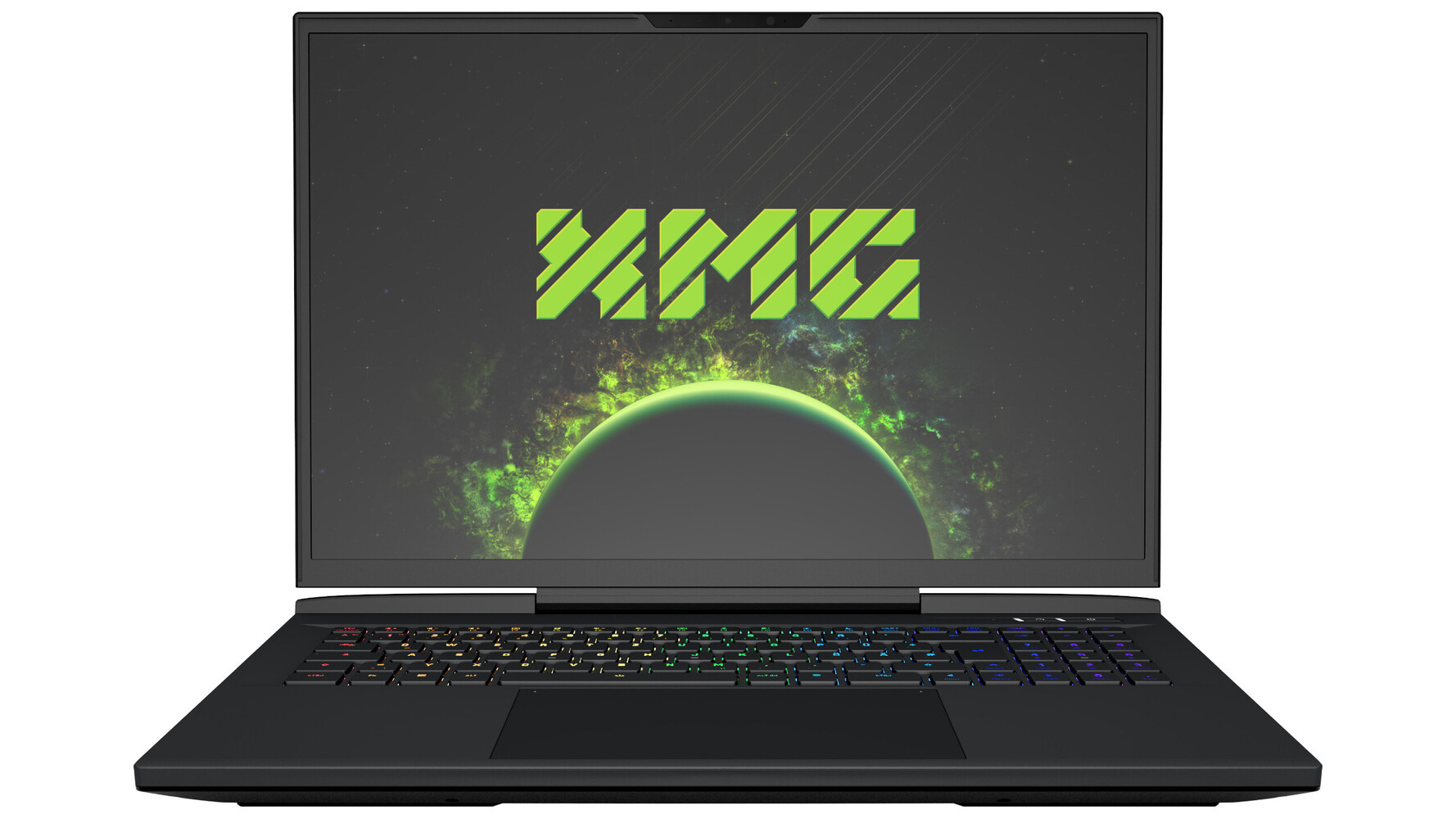 Designed for maximum performance, XMG (here to visit the site) adds two models with Ryzen 6900HX at AMD to its NEO series. The NEO 17 it has been completely redesigned and features a keyboard with switch MX ULP Tactile RGB di CHERRY. It has a 16.10 display with 2,560 x 1,600 pixels, a 99 Wh battery and a revised cooling system that can take full advantage of the graphics card’s power limits (up to the GeForce RTX 3080 Ti). The NEO 15, on the other hand, is a platform upgrade based on the existing chassis. The new AMD edition (generation model M22) is compatible with the liquid cooling system of the laptop XMG OASIS external and, unlike the Intel version introduced earlier this year (E22 generation model), it is fully compatible with virtual reality.

The new NEO 17 is equipped with Ryzen 9 6900HX di AMD con 8 core e 16 thread and graphics cards Nvidia freely configurable (GeForce RTX 3080 Ti, 3080 and 3070 Ti). In addition, XMG ensures that the gaming and content creation laptop is equipped with a powerful cooling system. It has five heat pipes, separate heat sinks on all four vents, and two 11mm fans with discrete low-frequency audio characteristics, even 175 watts. The TGP of the RTX 3080 Ti with 16 GB GDDR6 VRAM (150 watts plus 25 watts Dynamic Boost 2.0) can run permanently at full power. The AMD Ryzen 9 6900HX also runs continuously at 65 watts under full load, with boost peaks of up to 85 watts. 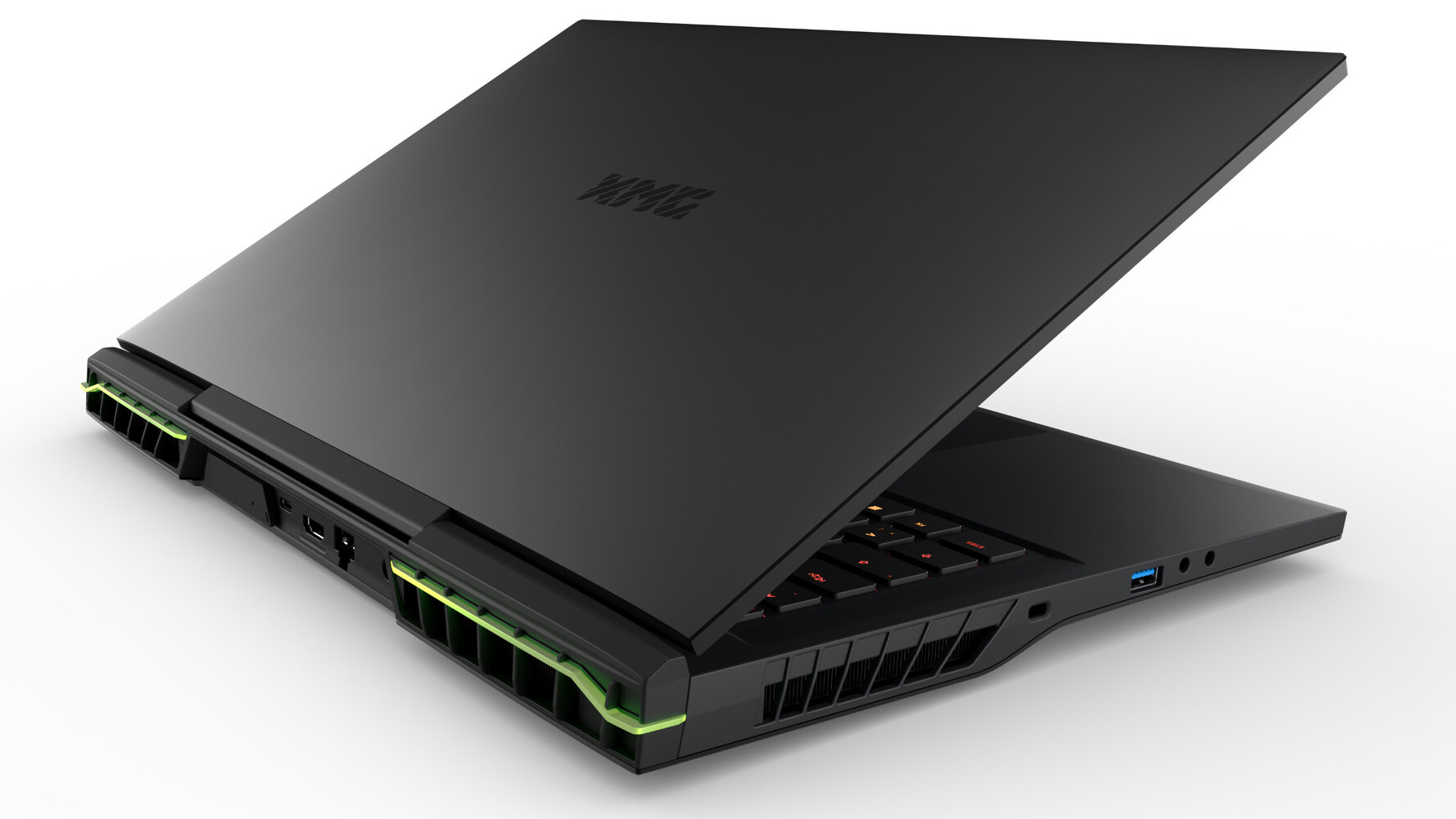 Like the new NEO 15 (M22), the laptop can be improved with the external laptop liquid cooling system XMG OASIS optional. The resulting benefits include significantly functioning quieter at full load e lower CPU and GPU temperatures. While the Overboost performance profile, which can be selected at the push of a button, already provides maximum power limits, theXMG Control Center offers experts a wide range of further tuning options.

The NEO 17 from XMG is one of the first laptops to feature the new ones switch MX CHERRY’s fully mechanical ultra-low-profile tactiles. These are distinguished by their tactile and click-free switching characteristics and boast a unique flat design with an overall height of soli 3,5 mm. The actuation force is 65 cN, the total stroke and the pre-stroke are respectively 1.8 and 0.8 mm. In addition, the switches, known for their longevity (50 million clicks), convince with a highly precise typing feel with clearly defined feedback. Only the top row of function keys and the NEO 17 numeric keypad use membrane switches. Other features include the rollover of N keysl’anti-ghostingl’RGB lighting per key. As well as a dedicated numeric keypad and arrow keys. The Microsoft Precision compliant glass touchpad is very generous with a sliding surface of 15 x 9.5 cm.

The NEO 17 is the first laptop in the XMG range to integrate a display with an aspect ratio of 16.10. The panel WQXGA a 240 Hz offers a resolution of 2,560 x 1,600 pixels, 380 nits of brightness and 99% sRGB color space coverage. Considering these key specs, the display is perfectly suited for photo and video editing as well as for gaming. The bass response time of 6 milliseconds and support for Nvidia G-Sync are particularly attractive to gamers. Advanced Optimus allows automatic switching of the display connection between AMD’s efficient iGPU and dedicated Nvidia graphics card without a system reboot. Alternatively, manual selection is also possible via a MUX switch in the BIOS. 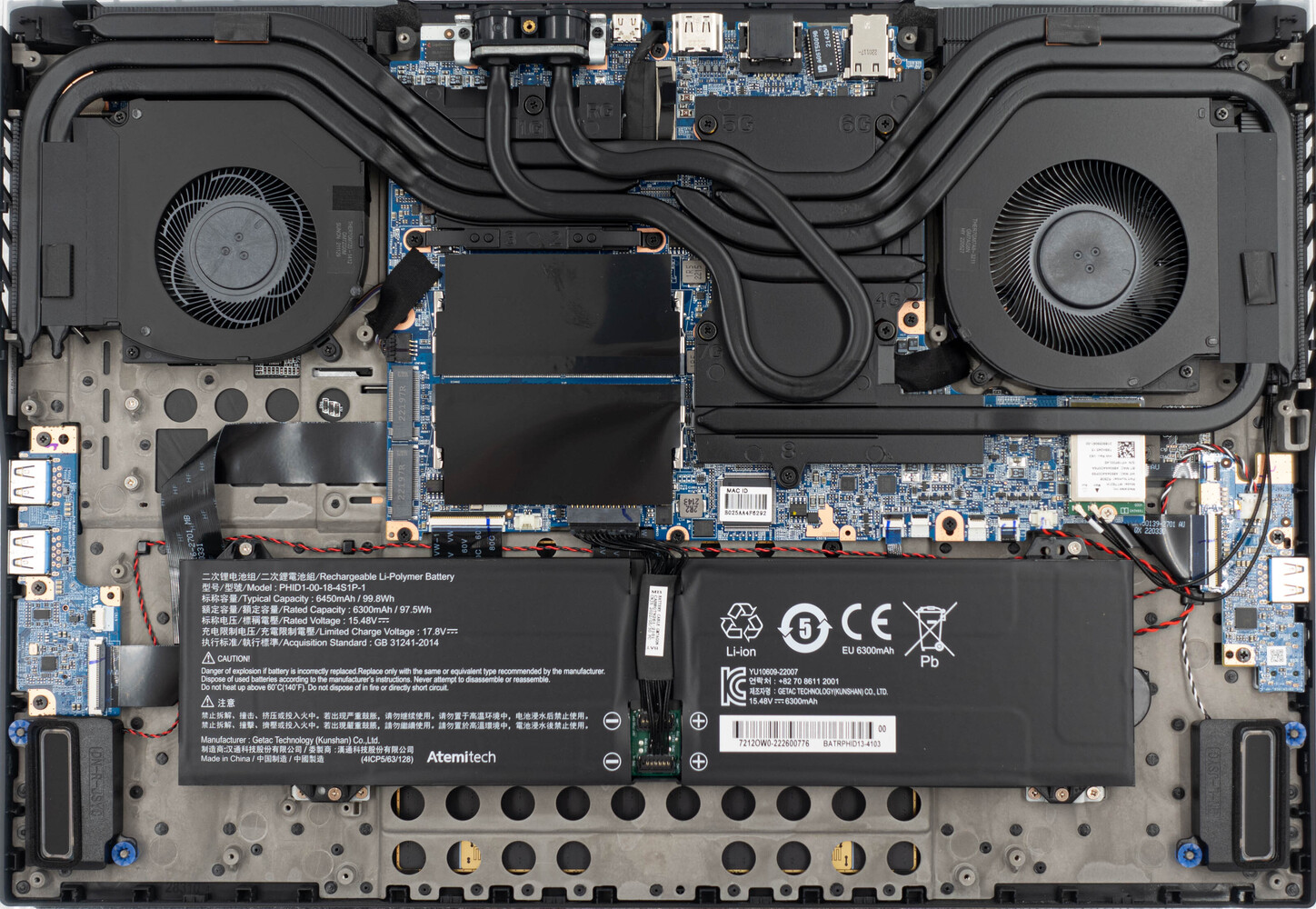 As usual for XMG, the NEO 17 offers two socket SO-DIMM which provide a maximum of 64GB of DDR5-4800 RAM and two M.2 slots for fast PCI Express 4.0 SSDs. In terms of external connectivity, the laptop has all the large format connector ports on the back. These include the docking option for XMG OASIS, HDMI 2.1, 2.5 Gigabit Ethernet and a door USB-C 3.2 with integrated DisplayPort 1.4 stream. Also, connection to the Nvidia graphics card. The NEO (M22) with AMD processors is therefore compatible with the current VR, unlike the NEO (E22) with Intel CPUs. This also explains the intended omission of USB 4.0. The corresponding controller is part of the CPU package in AMD’s Rembrandt platform and is designed to connect the DisplayPort signal via the iGPU. Since the NEO 17 only has a Type-C port, XMG has opted for the more flexible USB-C 3.2, which allows for a dGPU connection and thus compatibility. VR e G-Sync. Scattered around the left and right sides of the laptop are three USB-A ports, a full-sized SD card reader, and separate headphone and microphone jacks.

In keeping with the NEO 17’s powerful configuration, the laptop has a 330 watt power supply. As a result, it can still be recharged even under full load. Mobile power is provided by one 99 Wh battery which, together with the efficient AMD processor andAdvanced Optimus, guarantees a long autonomy under partial load. Made mainly of aluminum, the chassis (display cover and bottom panel) measures 381,7 x 272,8 x 27 mm and weighs 2,8 kg. Additional reinforcement in the palm rest area comes from a stabilizing magnesium frame. This provides additional rigidity so that the palm rest, which is finished with a pleasant grip-touch surface, remains solid even under heavy use.

The platform update of the new XMG NEO 15 (M22) is based on the same chassis as the already popular XMG NEO 15 (E22) and is therefore more compact and, at 2.2 kg, even more mobile than the NEO 17 ( M22). The laptop features an additional entry-level version with graphics GeForce RTX 3060. Another novelty of this model is a door USB-C 3.2 con DisplayPort connected to the dGPU. The NEO 15 (E22), released in early 2022 and equipped with processors 12th Generation Intel Core. Offer Thunderbolt 4, but the DisplayPort stream is connected to the iGPU and therefore not suitable for connecting VR headsets. Other key features of the previous model are still included in the M22 version. Like, for example, a display WQHD a 240 Hz (in 16.9 format), an optomechanical keyboard with silent tactile switches, compatibility with XMG OASIS and graphics cards up to GeForce RTX 3080 Ti (fino a 175 watt). 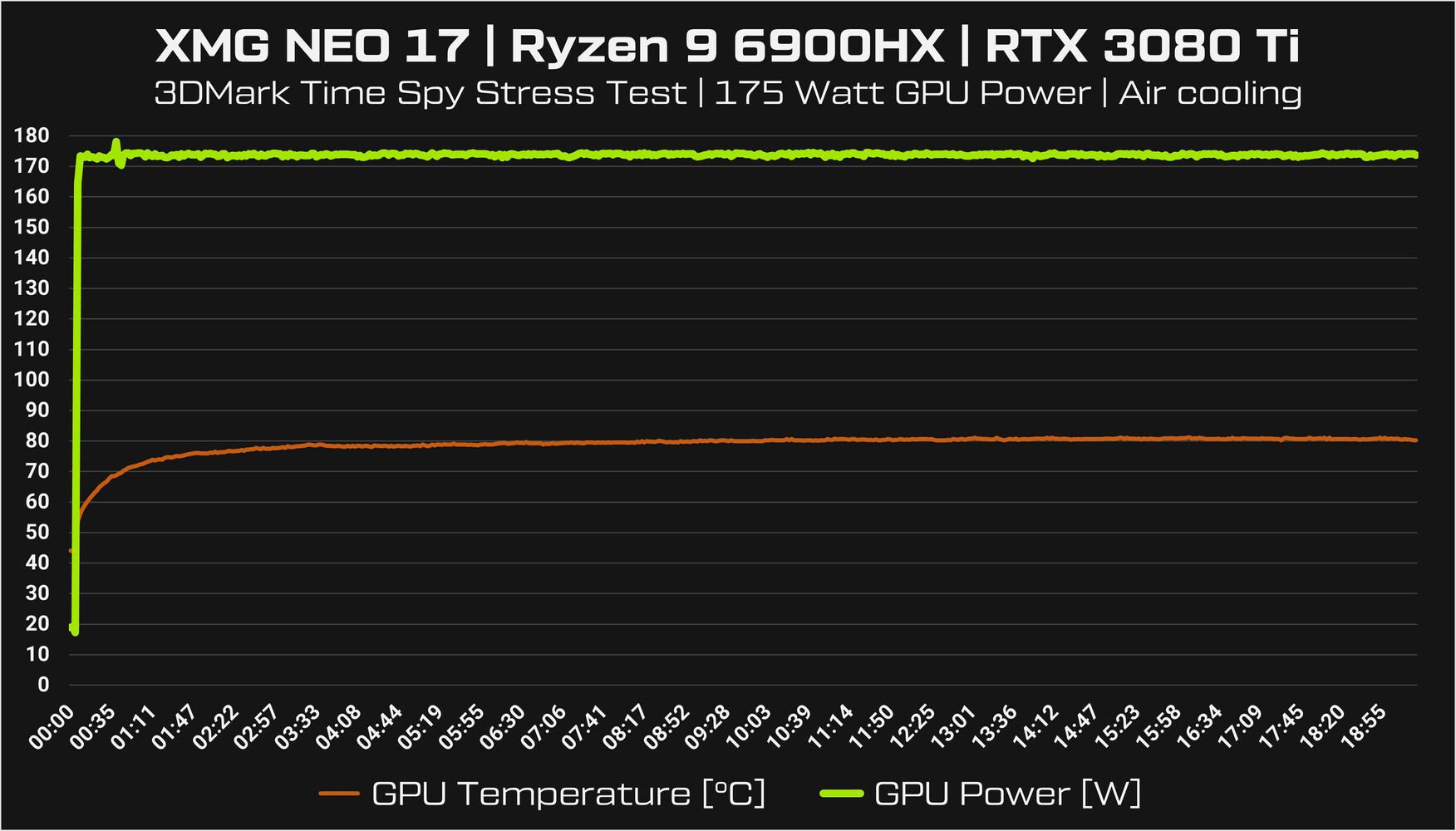 Both laptops are available for pre-order now and should be shipped early (NEO 17) or mid-September (NEO 15). Despite this, a campaign of discounts until August 16th. Anyone who pre-orders an XMG NEO (M22) or purchases any other laptop during this period will receive a discount of 100 euros on the total price, If you choose a license for Windows 10 or Windows 11 (Home or Pro).

And you? What do you think of the new XMG NEO 17 M22 ? Let us know with a comment and stay tuned to TechGameWorld.com for more news and reviews from the world of technology (and more!).