Niantic publicly releases the Lightship platform, which will allow you to build apps of the ‘metaverso‘ in the real world. The Pokémon Go maker gives developers the resources to implement augmented reality within physical environments, to create a concept of different metaverse than that proposed by Meta and Microsoft.

The metaverse in the real world with Niantic Lightship

In the last period, the concept of ‘metaverse’ is making its way into the conversations of all technology enthusiasts, and beyond. One of the largest companies in the world has changed name from Facebook to Meta, underlining when virtual reality is our new technological horizon. Microsoft pushes to integrate the avatars in video calls on Teams, making the dividing line between the real world and the virtual one more flexible.

But Niantic has a different concept of a metaverse. The company had global success with Pokémon Go, which remains one of the most profitable games in smartphone gaming history. And that introduced to the general public the concept of a world in which the augmented reality integrates with the real world around us.

Now Niantic points to get out of the gaming arena only offering a real platform to develop a digital world to be superimposed on the real one. Without replacing it but rather integrating it.

Augmented reality to improve the physical one

The CEO of Niantic John Hanke, who founded Niantic after being the head of Google Geo for years (a division that also manages Maps), explains that Lightship will allow “sewing the digital and the real world together“. The platform will offer software tools to determine where the user is pointing the smartphone camera, and then map the surfaces in real time. This will allow you to insert digital elements in the physical world.

Anyone who has played (or continues to play) Pokémon Go knows that this process isn’t always perfect. But the data collected over the years by Niantic allow to implement AR in a rather precise way. And from Monday these tools will be available for all developers who want to create augmented reality apps. Most of the toolkit will even be free, though developers will have to pay for devices to share AR experiences across multiple smartphones at the same time.

But to further emphasize how much Niantic believes in this project, will invest 20 million dollarsi for companies that want to build apps in AR.

Although this platform does not depend on any specific hardware, from Niantic’s words we understand how this future foresees a massive use of smart glasses. In the same way that Meta’s VR works on all PCs, but it shines when you wear a virtual reality headset. 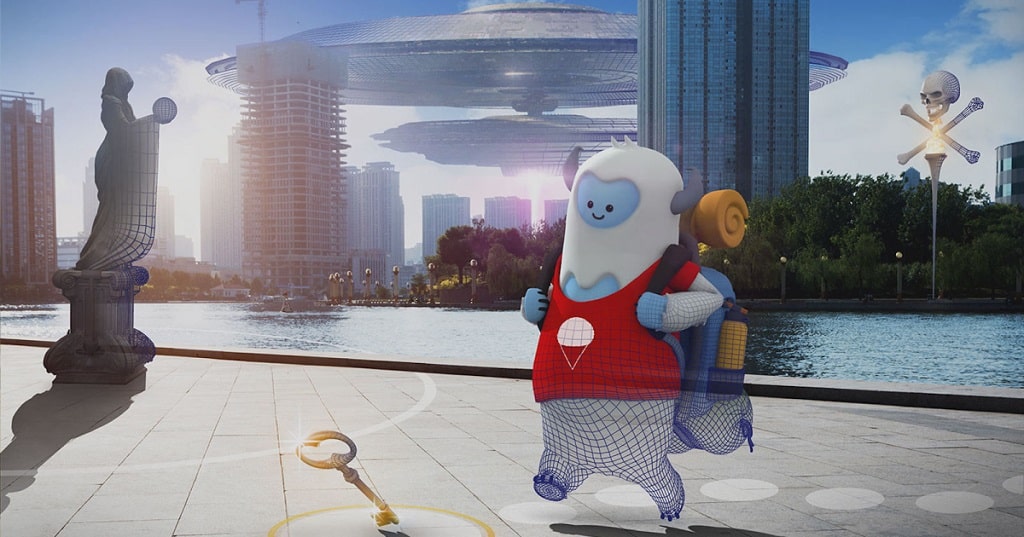 The system of “visual positioning”Developed by Lightship allows smart glasses to map your field of view and position elements in VR in a precise and physically believable way. Niantic is also working on a couple of smart glasses con Qualcomm, demonstrating how much he believes in the project.

But the fact that Niantic Lightship’s programming tools are available on both iOS and Android, ensures that the future of this technology is not tied to any hardware device. If the smart glasses solution doesn’t work, smartphone cameras can work just fine as substitutes, as is already the case. And if many companies were to start partnering with Niantic, the augmented reality implementation could be successful right away, too. without dedicated hardware.

The key thing, for Hanke, is that the metaverse serves to improve the physical world, not to erase it. “There is a fork in the road. A path leads in the direction of apps that are not connected with the world around us and do not help us to connect with the people who are close to us “. While the second path, the one that Niantic has undertaken with Lightship, wants “encourage people to do things together with other people who are alive and next to them “.

If the Pokémon Go raids have brought several people to the same spot and created friendships and relationships, Niantic with Lightship wants to wonder what could happen by expanding this approach between the physical and the digital beyond the field of gaming. For now, the answer remains uncertain. But maybe some developer he just found the right tools to implement his own amazing idea. We just have to wait to see what it is.