In this review we will discover Out of Line, a title by Nerd Monkeys and distributed by Hatinh Interactive, in its version for Nintendo Switch

There is a fine line between something popular and something that, objectively, can be defined “Niche”. To make this boundary clear are, for the most part, elements linked to the success of the thing itself and to the ability of this thing, or rather, of a product, to carve out a slice of users and of the market. We go to enter a large market or a small market and, as in the case of Out of Line, we are going to enter a dangerous large niche: that of puzzle platform.

A popular genre but which, within its undergrowth, presents a series of niches covered with titles capable of affirming its own strength and determination. personality. The common thread of this ours Out of Line review, in its version for Nintendo Switch, it will be the aforementioned personality. We understand why.

Like many titles of this genre, even in Out of Line, the elements related to the narrative context and the so-called Lore of the game, appear in a rather cryptic way with, however, the intention of shedding light on these elements in the course of the adventure. Once our protagonist wakes up with a start, he will have to face different environments and dangerous and alienating situations. The incipit it is certainly not among the most original but a series of details will intrigue the player from the very first minutes. Details which, in turn, will have a pleasant impact on gameplay, which we will discuss in a few lines during this ours Out of Line review for Nintendo Switch.

We will not go into what is the “narrative” aspect of the title, considering that it is an experience of approx 2 ore and even talking about some visible and understandable element after a few minutes, could be considered spoilers. We limit ourselves to saying that the context within which we will be catapulted turns out to be interesting but not stunning or particularly innovative.

From a cube to a… lightsaber? – Out of line review for Nintendo Switch

A few lines “ago” we mentioned some elements, both narrative and gameplay related, very interesting. A few minutes after the awakening of our protagonist, in fact, we will find ourselves surrounded by a series of floating cubes but, one of these cubes, of gold color, will particularly attract our attention and, paradoxically, it will be the same cube to be attracted by “us”. Once you get close to our protagonist, the cube will take the form of a real double-handled lightsaber of a star warsian memory.

Through this tool we will have the opportunity to make a series of actions. We could throw our “sword” at certain points, making it attack through the tip and thus creating some additional platforms or trampolines. We will be able to use it as a lever or for pressing and pressing buttons placed high or far from us. All going to combine our actions with the game world and with the actions of other characters with whom we will have to deal during the adventure, to solve the environmental puzzles and riddles. Puzzles and enigmas victims, in some cases, of a level design not always spot on or intuitive. All this offers a nice variety to the gameplay mechanics that represent, in our opinion, the most interesting element of the title. 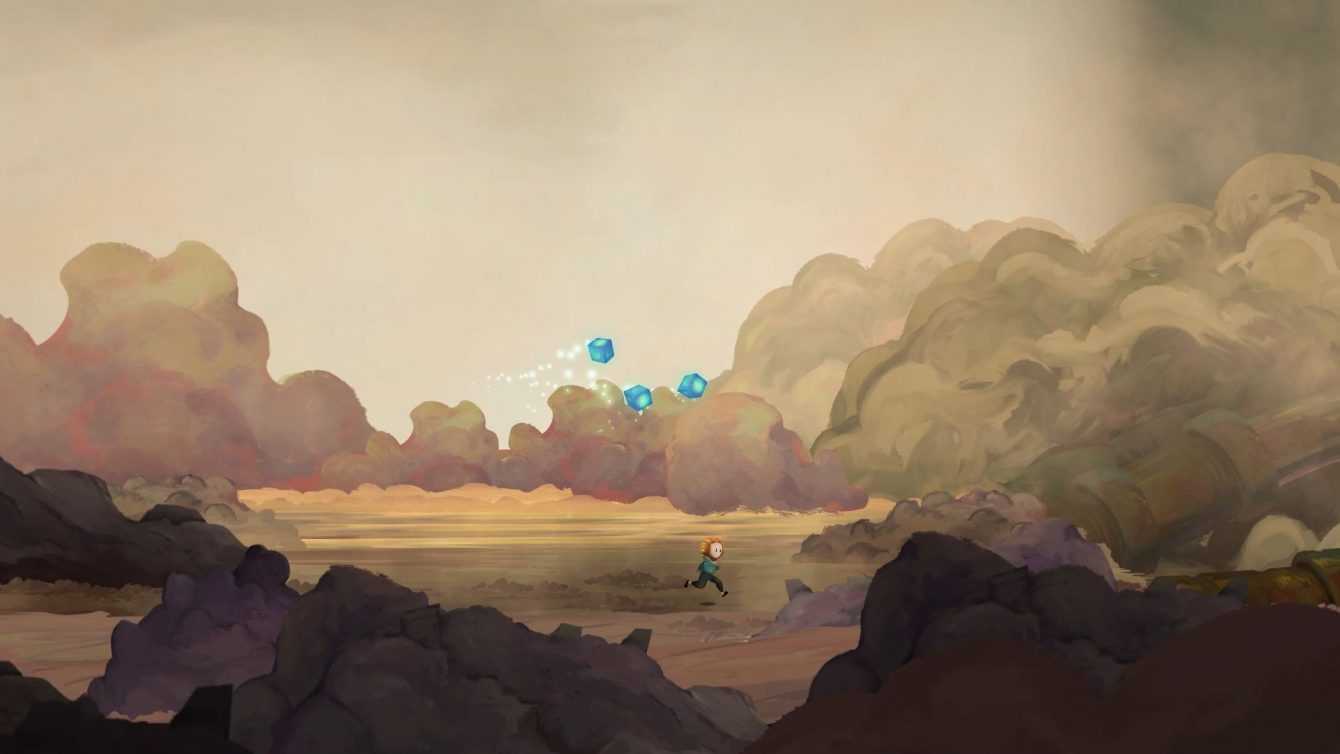 From the fingers on a pencil to the fingers on a pad (for Nintendo Switch), to the fingers on a keyboard to write the review of Out of Line … after this (avoidable) pun let’s talk about what it is the technical and visual aspect of this title. Let’s start immediately by saying that we must applaud this game and what is the visual component, considering that we are dealing with a product hand drawn. This element is visible in the design of the game world, very minimal (perhaps too much) and in the design of the characters, which are also precise and pleasant to admire, also thanks to substantially good animations.

The feeling you get from playing, however, is that something is missing to make this title truly different from all the others as well as recognizable. If in the gameplay there is the courage to dare, even if minimally and in some mechanics, this ability is lacking in what is the visual management of the product. A product that appears, as already mentioned, very minimal but which, to give an example, is definitely far from the concept of minimal expressed by an Inside, in which an unprecedented personality truly emerges.

Technically, the game turns out to be all in all positive both in dock and in portability, even if we have found some freeze and some drop in frame rate (especially in the dock). From the sound point of view, there is no really interesting theme or one that goes well with the other sounds in the game and, even in this case, we are faced with a result sufficient but with more than a few pinches on the stomach. 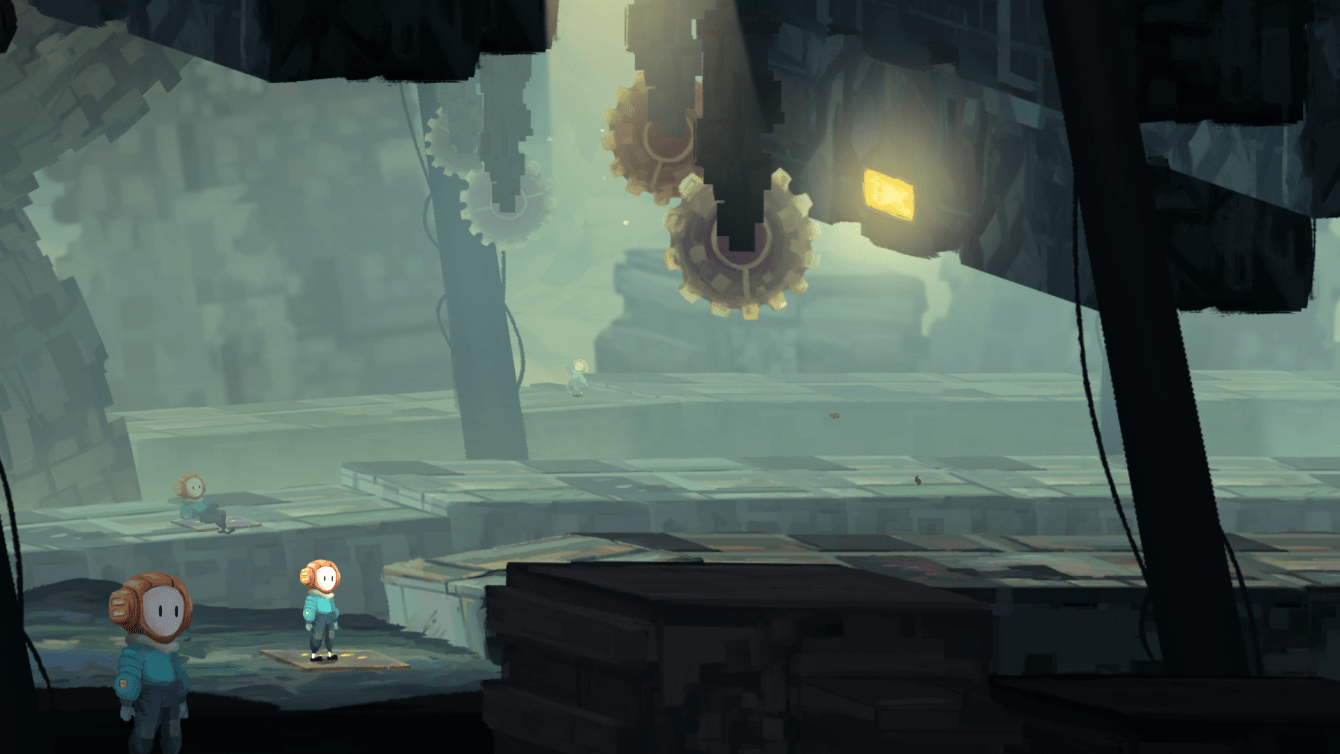 Our Out of Line review for Nintendo Switch ends here. What we would like to say, to try to sum up and summarize a bit of everything that there is to consider regarding this title, is that we are faced with a definitely interesting product, with some insights from the point of view of the gameplay and with the quid of having been drawn by hand. However, a certain is missing character in the management of environments, enigmas and also from a narrative point of view. We still feel of reward this product (and this study) with a positive vote, hoping, however, for a little more courage in a future realization. We would also like to recommend it to fans of the genre who will be able to appreciate some elements and some insights and add it to their “collection” or library.

Continue to follow TechGameWorld.com and if you want to buy video games at a discounted price, take a look at the offers in the Instant Gaming catalog.