In these hours, further rumors continue to arise regarding Persona 4 Golden, in reference to its potential arrival on the PS4 and Nintendo Switch consoles

Among the various revelations that took place at The Game Awards 2021, there has been a rather unexpected one by Atlus. In fact, the company wanted to officially confirm the release of Persona 4 Arena Ultimax on the current videogame platforms, thus announcing its landing on PC, PS4 and Nintendo Switch starting from March 17, 2022. This version of the game would also include all the contents also present in the previous title, Persona 4 Arena, and the news was received by fans both in a positive way, and also with some doubts. This is because Persona 4 Golden is not currently accessible on PS4 and Switch, despite being released in a renewed version on PC a short time ago. However, things may soon change, according to a recent rumor.

In the past few days, there have been numerous rumors regarding Persona and its arrival on the current generation consoles. Let’s think about how for a few days we have been talking about the possible remake or remaster of Persona 3 Portable, even assuming a cross-platform release. In reality, this rumor had been spread by the blog of a certain Zippo, a not exactly reliable source that had however foreseen the revelation of Persona 4 Arena Ultimax at TGA 2021. Now, the same source states that Persona 4 Golden will soon arrive on PS4 and Switch; in addition to that, other users would find potential evidence that goes to support this statement.

On Twitter, an individual by the name of @ScrambledFaz discovers a rather peculiar fact on the official site Persona 4 Arena Ultimax: if you change the URL of the web page by adding “/ v2” at the end, the entry “Midnight channel Collection” dedicated to PS4 and Nintendo Switch. Furthermore, in the collection, it seems it would be possible to get Persona 4 Arena Ultimax also Persona 4 Golden on these same consoles. Another interesting aspect emerges if the presence of the voice occurs in a previous version of the site, since it does not seem to appear; this means that the new addition was done manually, and recently. Remembering how the next event dedicated to the 25 years of Atlus is scheduled for February 2022, perhaps it will soon be time to finally receive more juicy news from the development house.

Keep following us on our TechGameWorld.com site to stay updated on new gaming news, and take a look at the Instant Gaming store if you are interested in finding games at discounted prices.

Beyond Good and Evil 2: A matter of time before the game is canceled 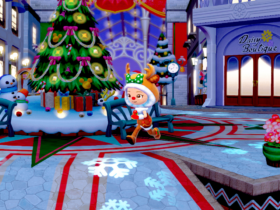 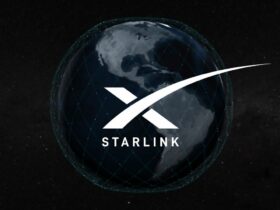 Shenmue 3 is free on the Epic Games Store