The acquisition of Activision Blizzard from Microsoft had initially worried PlayStation users, worried that the company’s popular titles – most notably Call of Duty – could become Xbox exclusive. A considerable risk, given the popularity of the COD franchise, but which had been denied by Microsoft itself.

Today the words of Phil Spencer, boss of Xbox, have reassured Sony users more. Spencer has in fact stated that future Call of Duty titles will have a single release date for all consoles. So there are no exclusives and no previews. Triangle, circle, X and square gamers can finally breathe a sigh of relief.

Call of Duty will have unique releases for Xbox and PlayStation, but it could be coming to Game Pass

The announcement comes from a new post on Microsoft’s official blog, signed by Spencer. In the note Spencer talked about the acquisition, revealing the company’s future plans. First, he confirmed that, once the acquisition is complete, Xbox intends to make Overwatch, Diablo and Call of Duty available on Game Pass.

“We will continue to allow people to play with each other on different platforms and devices,” reads the post.

In recent days, in England, the guarantor for the competitiveness of the market CMA (Competition and Markets Authority) expressed concerns about the acquisition. The doubts refer precisely to the alleged monopoly that Microsoft would have at the time of the acquisition. However, doubts seem to be definitively dispelled, as confirmed by the Microsoft blog (which you can consult here). 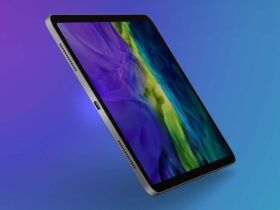