On October 26, 2021, exactly twenty years ago, the first chapter of Pikmin debut on Nintendo GameCube. This year, therefore, is celebrating the anniversary of the franchise, which saw the release of a sequel again for GameCube in 2004 and a third chapter in 2013, this time on Wii U. The series then expanded with Hey! Pikmin, for mobile devices released in 2017, and Pikmin 3 Deluxe, a re-release of the game that arrived at the end of 2020 on the Nintendo Switch. Waiting for Pikmin 4 we retrace the history of the saga.

Pikmin turns twenty: the story of the saga

Pikmin was born from the mind of nothing less than Shigeru Miyamoto who, after having consolidated sagas like that of Zelda and Mario over time, aimed to create a new videogame adventure that was able to impose itself on the public at least as much as the first two. It is from this will that the first Pikmin took shape in 2001, which although it was not an overwhelming success, it did not take long to attract its niche of fans.

The inspiration for the creation of the game came to the designer when he saw a technical demo of the GameCube, called Super Mario 128, which to show the potential of the new hardware, put 128 small plumbers on the screen. Hence the idea of ​​having an army of small creatures to lead, those who later became the Pikmin, precisely.

The first title in the series was a success from both the critics and the public, both realities that praised it also thanks to a fresh and addicting gameplay. The title presented a fusion of strategic, puzzle and management elements, which make it difficult to frame the title in a single genre, given the great layering of the gameplay.

In the game, we played the role of Captain Olimar, an experienced space explorer who crashed on the mysterious planet PNF-404. Following the crash, his spaceship fragmented into 30 different parts around the planet, with only 30 days to put it back together. Fortunately, to help him in his enterprise there will be the Pikmin, which in the first game were present in three different species for a maximum of 100, which the captain will be able to direct to manage the recovery work.

In short, the key to our success lies in our relationship with the Pikmon, whose skills will be fundamental to succeed in the task of assembling our spacecraft.

Given the success of the first title, the sequels could not be missing, the first of which arrived three years later, in 2004, again on Nintendo GameCube. In this second title the developers aimed at improve the original formula, introducing a new story, two new types of Pikmin, the purples and whites, and new gameplay mechanics based on these unreleased species.

I Pikmin viola they are massive and strong, but slow, while those bianchi they are adept at finding treasure and are even immune to poison. Moreover, in this sequel the Pikmin are not only headed by Olimar, but also by Louie, the co-pilot of the captain, which drastically increases the depth of the gameplay. 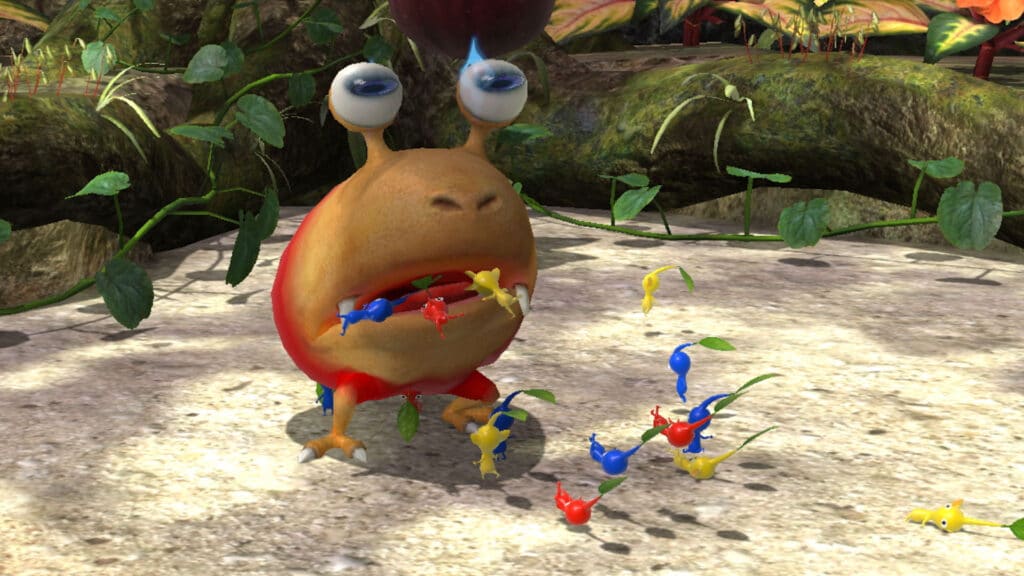 The third installment of the series took a long time to wait unlike the second, and arrived almost ten years later, in 2013 and on that unfortunate console that was Wii U. Pikmin 3 was the highest expression of the series and proposed three protagonists with whom to face the adventure. In addition to a tripartite gameplay, this title added the Rocky Pikmin and the winged ones, the former useful for breaking down natural barriers and the latter capable of carrying out powerful aerial assaults.

The luck of the game was also that of arriving on Wii U, a console that allowed the team to create a game with a graphic rendering never seen in the series, with lots of unique animations to give the protagonist creatures a unique and distinctive soul.

For the moment we don’t know much about Pikmin 4, except that the project exists and is currently in development at Nintendo studios. However, if you want to embark on a new themed adventure, we recommend you try Pikmin Bloom, a new game based on augmented reality technology and developed by Niantic Labs, just like Pokémon GO. The most important activity in Pikmin Bloom it is the daily walk. As you walk, the user will find some maps of Pikmin along his path, so the further you go, the more your Pikmin team will grow. After the seedlings have grown, it will be possible to pick the Pikmin. The more you walk the more friendships you can make with Pikmin.

At the end of each day, players can review the number of steps taken and the routes taken. You can also add notes and photos to your lifelog, turning an ordinary day into a special memory. Your Pikmin can also bring back some postcards of the places visited, which can be saved and kept, or sent to friends directly via the app.