Sony PlayStation has just acquired Firesprite, the development studio behind products like The Persistence and The Playroom VR, which from now on will be part of the stable of PlayStation Studios. This is a purchase not to be underestimated by Sony as the executives of the company have already explained that it is a team of professionals with whom PlayStation has already collaborated with great results in the past.

Firespite was founded by the staff of Liverpool’s studio Sony Interactive Entertainment, so there are already strong connections between the two companies and it’s no surprise that PlaySation was interested in an acquisition.

Firesprite’s experience with The Playroom VR it may suggest that Sony is working on a game for the next gen version of PlayStation but Hermen Hulst did not confirm anything in an interview with Gameindustry: “It’s too early to talk about which platforms or titles we will develop with Firesprite – he said – But their experience in virtual reality is very valuable.”

What seems clear however is that Sony wants to give them a leading role, rather than putting them in support of other realities: “It is precisely the right time for them to join us and double the projects we are doing in collaboration – he continued Hermen Hulst – They already have strong links with some proprietary studios, but I want to be clear that we want them to lead the development of different game projects, rather than helping other teams, even if they have already collaborated with us “.

Firespite will be the fourteenth studio to join PlayStation Studios, which continue their run by centralizing software houses and creatives. The acquisition, in particular, is the third for Sony in recent times. The company has in fact acquired the developer of Returnal, Housemarque, in June and the Dutch studio Nixxes in July. 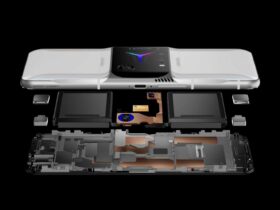