Some time ago Sony confirmed that it was working on a new version of its virtual reality headset, for now known simply as PlayStation VR 2. Now, according to an insider, the company has just concluded a closed-door meeting, in which new interesting information on the new generation viewer dedicated to PlayStation systems would have been revealed. The next PlayStation VR 2 should therefore have an OLED screen and haptic feedback, just like the DualSense controllers.

The new details that have emerged on PlayStation VR 2 are really interesting, if they turn out to be true. The conference in question should have taken place on August 3 and it would have involved a good chunk of the developers who are currently working on the project. To reveal it is the YouTuber PSVR Without Parole, who posted a video on his own channel on the subject.

According to the leaker, the new viewer will be one strong OLED display with HDR support and the two screens will have a resolution 2000 x 2040 per eye. The device will also adopt a haptic feedback system similar to what is seen with the DualSense controller, although it is not clear how this function will be applied to the headset. The leak, however, highlights how it is an option also aimed at reducing the sense of motion sickness.

These are features that go well with Sony’s desire to develop triple A experiences in virtual reality and that can be enjoyed both in a traditional way and through the VR viewer for total immersion. A good example from this point of view that immediately springs to mind is Resident Evil 7. This is a hybrid approach that could greatly favor the spread of virtual reality in the near future.

The leak does not end here however, given that The YouTuber goes on to say that the official announcement should arrive in early 2022 and that, in all likelihood, the new viewer will not be backwards compatible with the previous model. That said, Sony still hasn’t made any kind of official communication and we don’t even know if what has been discussed so far is real or not. We will surely find out in a few months. 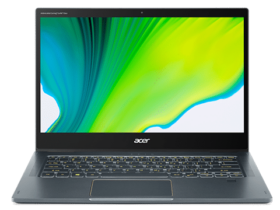 Acer notebooks in promotion on the official website: the details of the offer 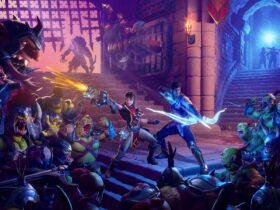