Realme 8 5G and realme 8 officially arrive in Italy together with the Buds Q2 smart earphones. Let’s see their characteristics together

realme, the fastest growing smartphone brand in the world, announced the arrival on the Italian market of realme 8 5G, the most affordable 5G smartphone in the segment, and realme 8, as well as of the earphones smart realme Buds Q2. Confirmation of availability and gods prices of the new realme products she has arrived during the 199Challenge, an unprecedented one challenge high adrenaline rate that has celebrated the Italian launch of the new smartphones of the Number series.

Ambassador of the event, streamed today on the YouTube channel and on the realme Facebook page, was the award-winning motocross champion Antonio “Tony” Cairoli, who commented:

“From movie and music downloads to extreme power when I play, this smartphone fires up my days even when I’m not on the bike. I’m really happy to collaborate with a young brand ready to dare like realme to let everyone experience the thrill of extreme but accessible speed, like that of realme 8 5G “

Tony Cairoli was the judge of exception of the challenge between smartphones and two wheels he saw oppose on one side Andrea Pirillo ed Edoardo Jannone, aboard the motorcycles from off-road vehicle KTM EXC and SX 2021, on the other i gamer S7ormy and Himorta, armed of realme 8 5G which, at the end of the competition, it is earned the title of speed champion. 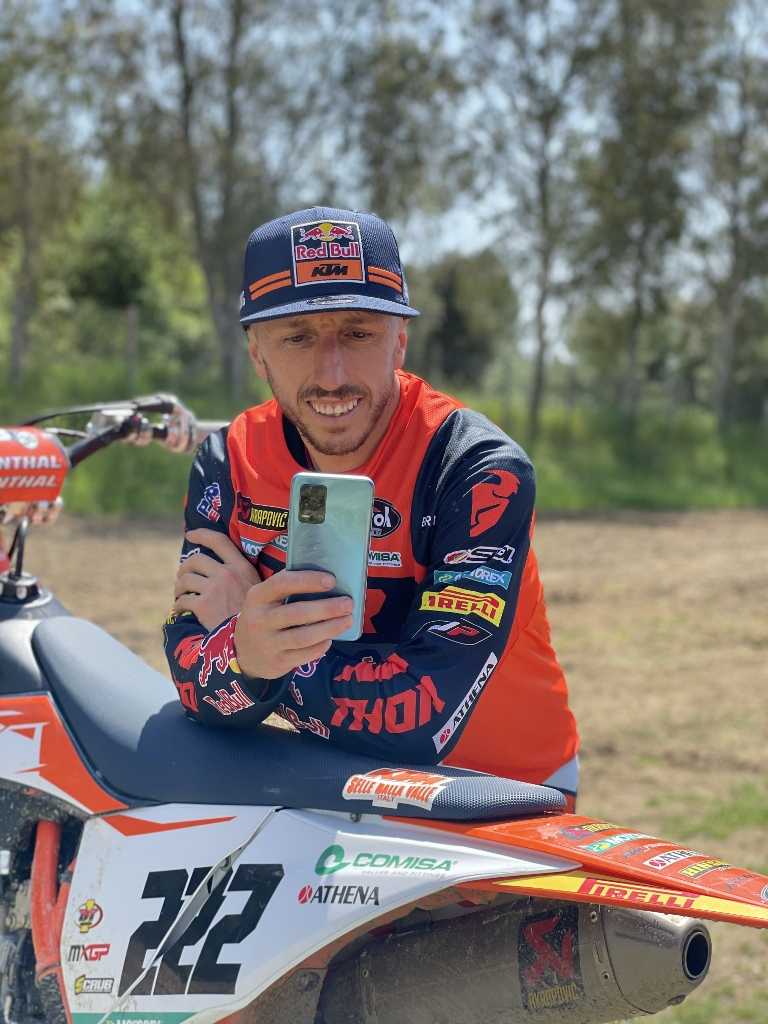 The characteristics of the realme 8 5G

During the event the availability for the Italian market of realme 8 5G, the most affordable 5G smartphone in the segment. From May 18 the device, characterized by the processor MediaTek Dimensity 700 made with a 7 nm production process, battery gives 5000mAh with Smart 5G Power Saving – state-of-the-art technology to ensure excellent autonomy — e display ultra fluid at 90 Hz, will be available for purchase in colors Supersonic Black e Supersonic Blue. 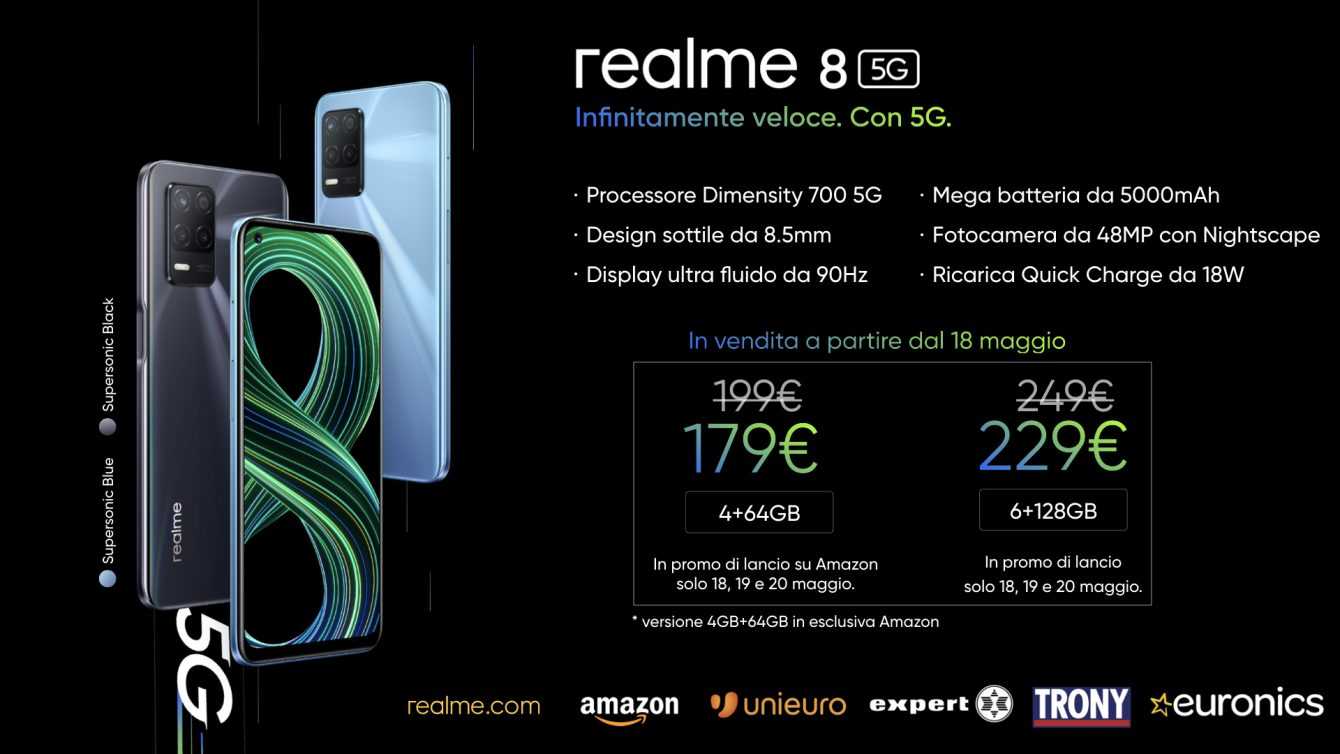 Realme 8 also arrives in Italy with three colors: Cyber ​​Black, Cyber ​​Silver and Punk Black. With a weight of only 177g is one thickness just 7,99mm, it smartphone it is infinitely slim e comodo to hold in your hand. The display 6.4-inch Super AMOLED is accompanied by a powerful battery gives 5000mAh with Dart refill from 30W, from the processor MediaTek Helio G95 and from one quad camera with AI – which includes a sensor main gives 64MP, a lens ultra-wide angle 119 ° of 8MP, A goal macro and one for portraits black and white – an algorithm for Tilt-shift photography and Starry mode, for taking spectacular photos of starry skies. 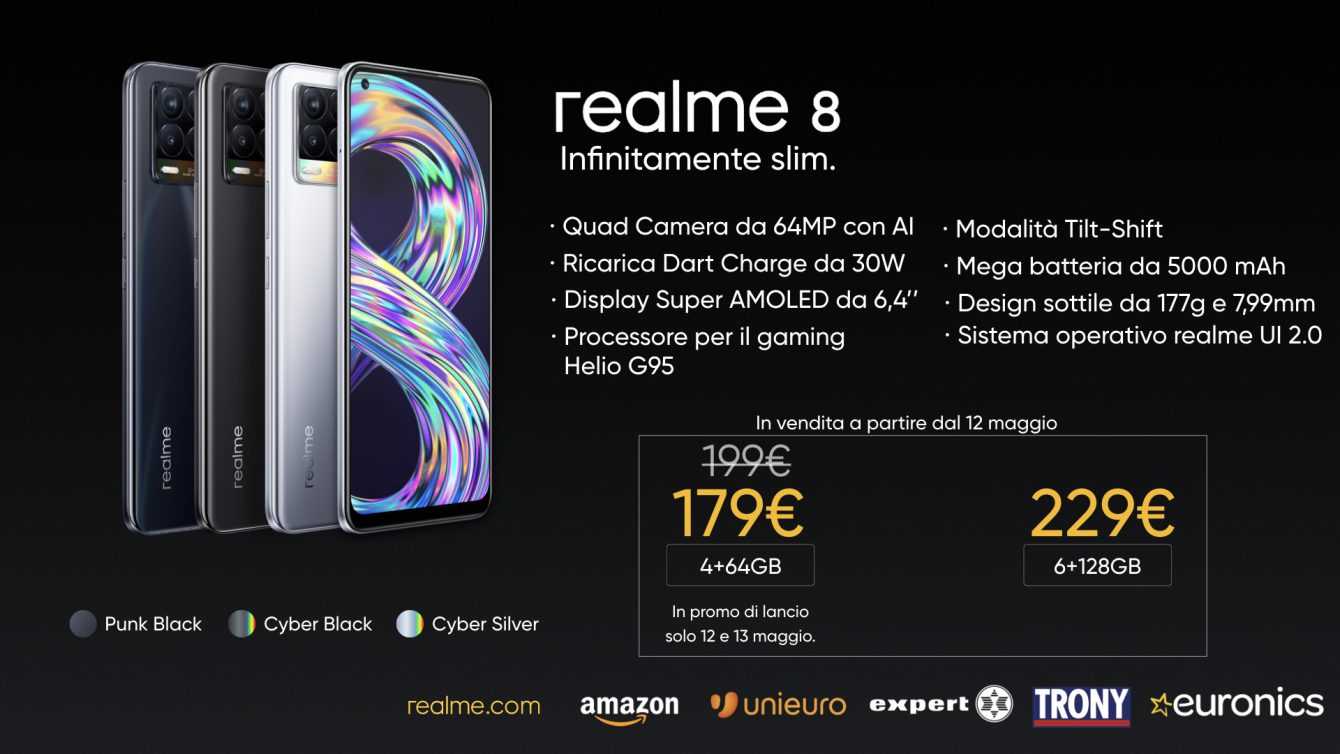 During the event streamed today, realme also unveiled that for a limited period, from 18 to 20 May, the new smart earphones realme Buds Q2 will be available on the realme website on offer a 24,99€, instead of € 29.99.

These new earphones TWS – available in two colors, Black and Blue – yes connect instantly to the smartphone and, with theirs ergonomic and lightweight design (one earphone weighs only 4,1g, less than an A4 sheet), they result comfortable all day long. Equipped with a degree of IPX4 waterproof, of an driver dynamic from 10mm with Bass Boost, of a latency of suns 88ms in Game mode and an algorithm ENC (Environmental Noise Cancellation) in grado di to block i environmental noises during calls, realme Buds Q2 are the accessories ideals in every situation, whether it is calling or listening to music, whether you are training or immersed in a gaming session. 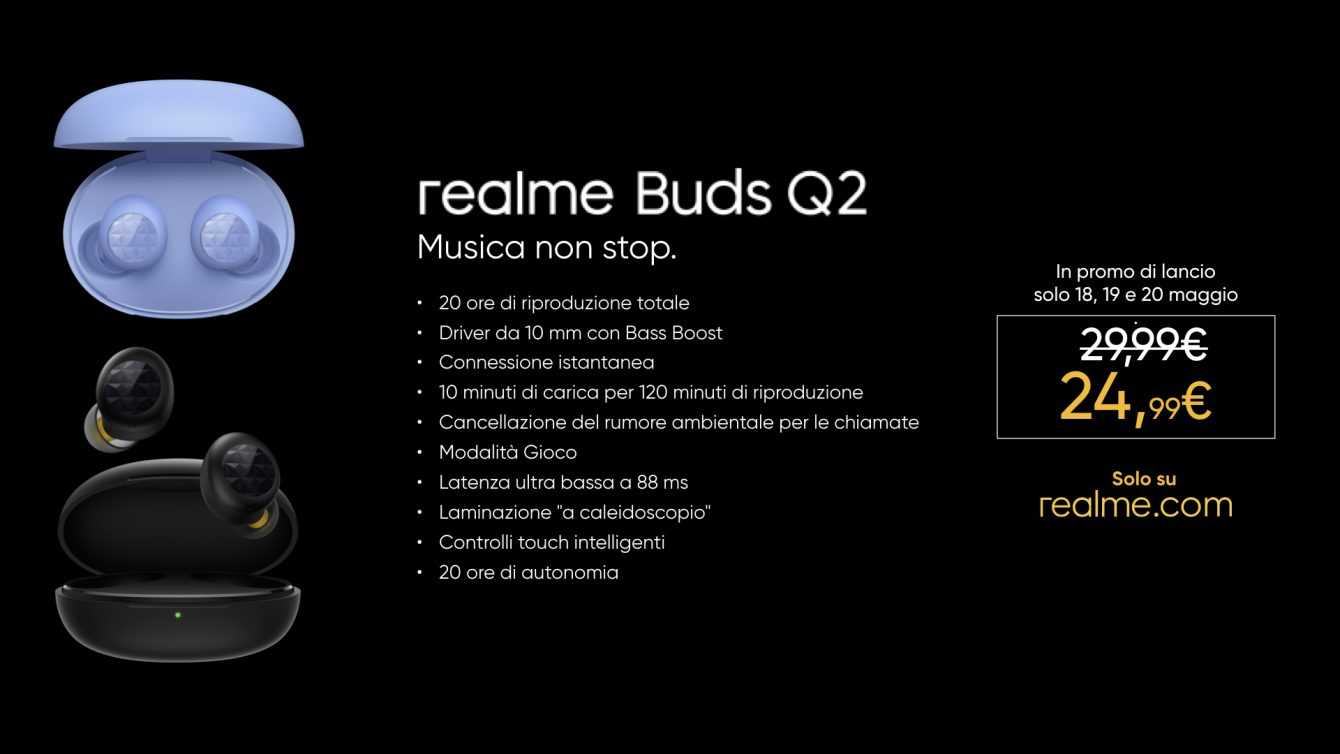 199Challenge it’s not just the name of thestreaming event at high speed of which the award-winning Tony Cairoli was ambassador. For to celebrate the arrival on Italian market of its new 5G smartphone, realme has indeed launched a talent competition sui social*, the # 199Challenge, which gives the possibility of receive an exceptional kit to enjoy the better than entertainment: a realme 8 5G, accompanied by a Nintendo Switch and yes Mario Kart 8 Deluxe.

Participating is very simple. On the pages Instagram e Facebook of realme Italy posts dedicated to the initiative will be published asking users to:

There are no limits to the number of contributions that a single user can publish, but for each participant will be chosen just one comment. The comment author who will get the first position in the standings – on the basis of criteria such as adherence al theme, originality of comment and the involvement of text — will receive bundled the smartphone realme 8 5G, console Nintendo Switch e Mario Kart 8 Deluxe.

The complete regulation of the initiative is available at the following link.

* Talent competition excluded pursuant to art. 6 Presidential Decree 430/2001 from the scope of application of the legislation on prize events.

Buying new realme phones? Let us know your opinion in the comments section, then I invite you to follow our mobile section so as not to miss any news. 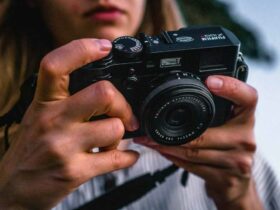 Fujifilm “Women4Women”: the second issue of the online magazine

Oppo Courting the Color: giving a second life to images