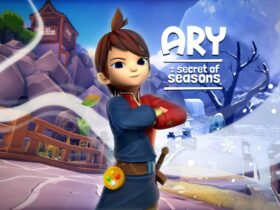 Ary and the Secret of Seasons preview: let’s become Guardians of the Seasons

It is now less than a month before the release of Resident Evil Village, the twelfth main chapter of the historic survival horror series Capcom. Fans of the genre for sure will be looking forward to trying this new title, but some of them may already have had this luck.

Last night, in fact, Capcom published a exclusive demo for PS4 and PS5 owners which made it possible to explore a section of the village. We obviously did not miss this opportunity to try Resident Evil Village and in this article we will share our first impressions of the game with you.

Compared to Maiden, the first exploratory demo of Resident Evil Village, this preview trial is subject to some strong limitations. The software indeed was playable only from 19:00 to 03:00 and exclusively through a console connected to the internet. In addition, players have had the opportunity to try the title only for a total of 30 minutes, at the end of which you were immediately returned to the main menu without the possibility of trying again.

This time limit was obviously imposed to prevent players from seeing too much before the game was released, but it still made us a little sorry. Resident Evil are titles that they must be lived with a certain calm, so it’s a shame to be forced to run inside the demo. Fortunately though you can try it again simply by using a different account from the one you played with the first time. Of course, now the demo is no longer available, but this trick could come in handy with the test dedicated to the castle due out next week. 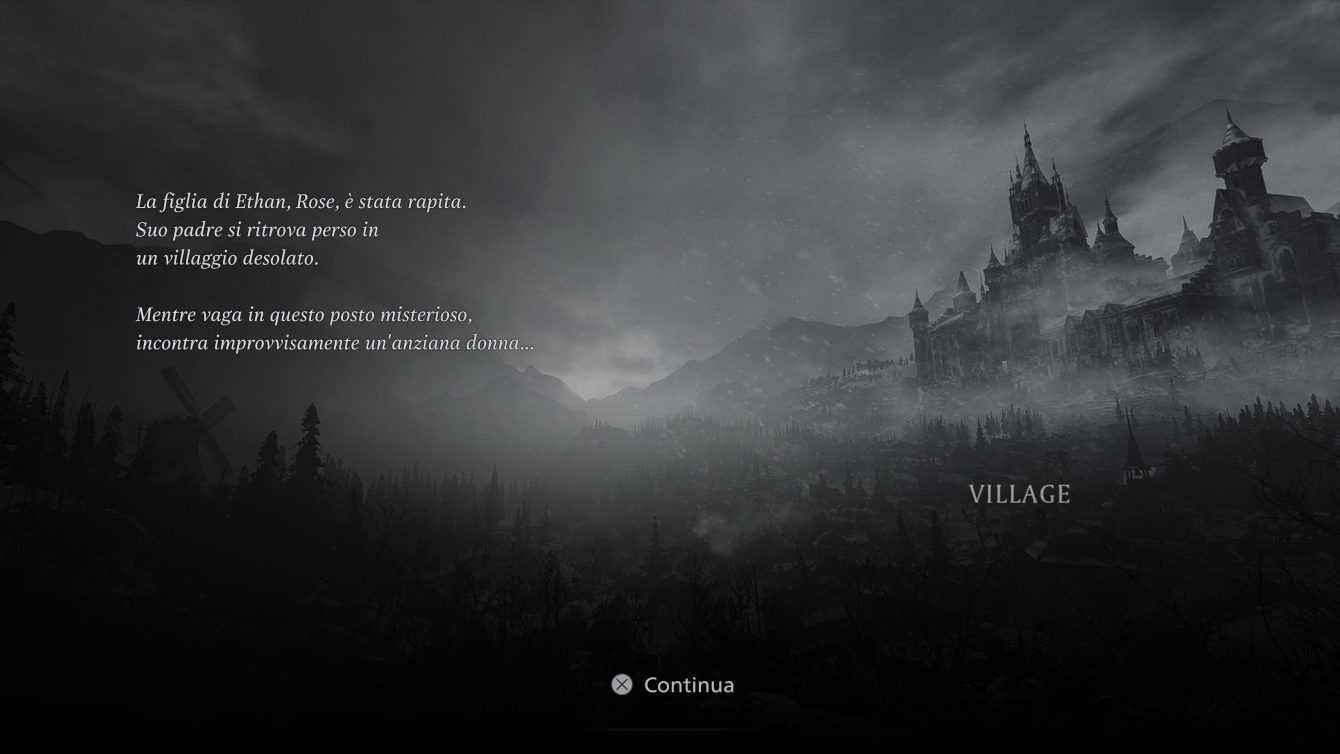 Let’s start our preview immediately by talking about the main element around which this Resident Evil Village demo revolves: the village. The village where the title is set is located in the mountains of Romania and upon our arrival it appears to be almost completely uninhabited. This sense of desolation he’s able to oppress the player from the first moments of the game and manages to accentuate the disquiet felt in some sections. In fact, despite the demo being set during the day, there were several times when we felt a shiver go down our spine. For example, it is easy to feel some anxiety when delving into andabandoned buildings full of religious relics or when approaching a dense cornfield where creatures of all kinds could hide.

As happens in any Resident Evil, even in the Village exploration seems to be a really important element. The visitable area of ​​the village in fact hides inside a large number of secrets. As you explore, you can find various items useful for Ethan’s survival such as healing herbs and ammunition, but also key objects which will be used to activate the mysterious devices present in the area. Moreover, there are also gods in the village treasures which you can get by hitting a few with a weapon shiny spots hidden in the most unthinkable places. These items have no use in the demo but for sure in the full game it will be possible exchange them with the merchant in exchange for money, just like it happened in Resident Evil 4.

In the demo it was only possible to visit a very small section of this village, but in the full game there will probably be a lot more freedom. This is because the explorable area was limited by a large number of closed doors which for sure it will be possible to open in the full game and also because through map it is possible to notice how the area in which we find ourselves is much larger than it seems. In addition, they are present in the village closed containers to be broken into and mysterious wells to interact with, so probably in the course of the game we will have the opportunity to go through this place several times. 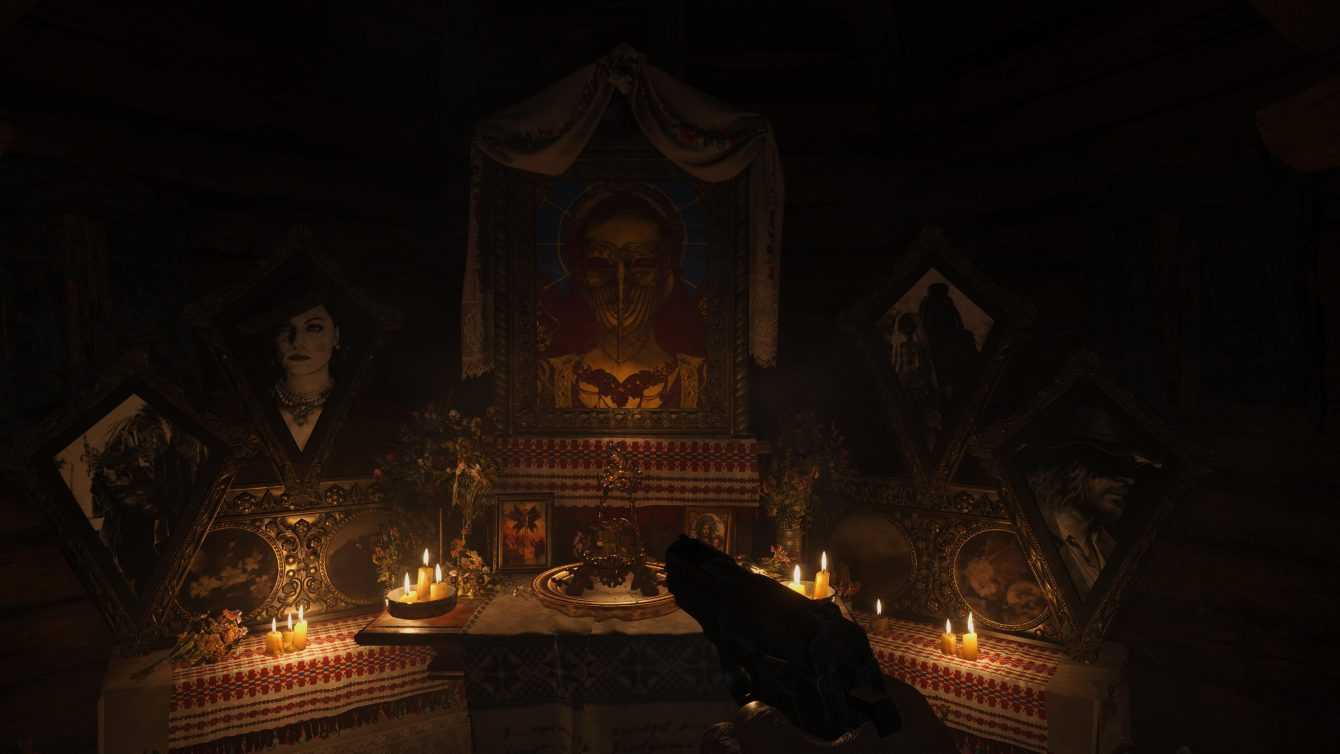 Since the announcement of Village, Capcom continues to show trailers in which large groups of enemies are faced using a large number of different weapons and this was causing some concern among fans. Many players in fact fear that the game will catch a fold too action, ending up with too far away from the horror tints of the previous chapter. From our test, however, it does not seem at all that the title has taken an action-centric drift, but on the contrary may have found a good balance.

The only monsters featured in the demo are called werewolves Lycan and the first time you meet them they will really scare you. In fact, initially a small group of these creatures will be hidden inside a wheat field and, before even seeing them, you will be able to sense their presence thanks to the chilling wild sounds they emit. Plus these monsters are extremely strong and resistant, so facing them in direct combat you will also feel the anxiety of wasting resources.

Subsequently, if you decide to return to the camp, you will be forced to face a large horde of Lycan ready to tear you apart. In addition to a knife and a gun, in the demo Ethan is able to find also a shotgun and a mine, but even with such an arsenal, it won’t be easy to repel these creatures. In this case to be able to survive you will have to try to make the most of your surroundings. In fact, there are many in the village environmental traps able to help you face large groups of monsters. For example, you can find explosive red barrels or sacks of flour that once hit can blind enemies nearby. Furthermore it is also possible barricade inside some structures by moving furniture, in order to face the horde more calmly.

For the moment this alternation of very tense moments and sections full of action really made a great impression on us. Of course, to fully evaluate the balance between horror and action we will first have to try the full game, but for the moment we are quite confident. 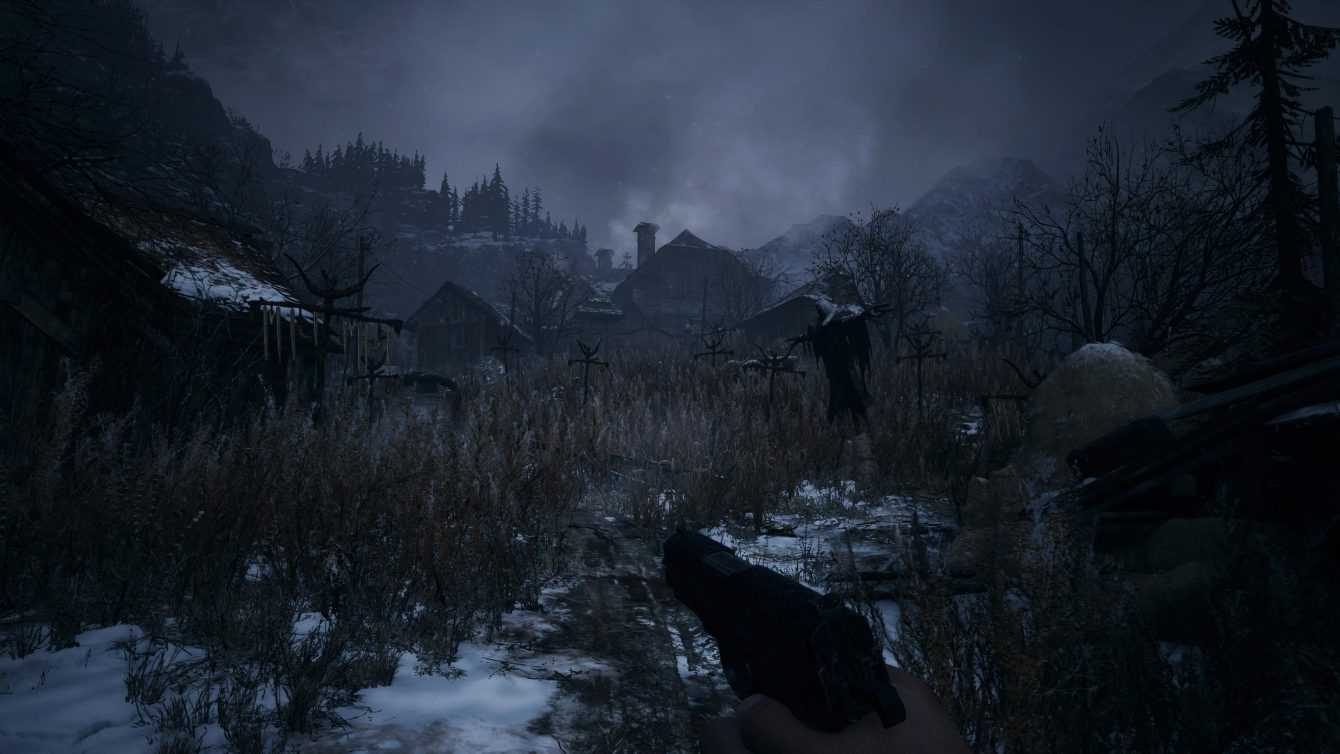 Let’s now move on to the paragraph of our preview dedicated to technical sector by Resident Evil Village. Last night’s test was available for both PS4 and PS5, but we played that per console next-gen. Basically the demo has both HDR and Ray Tracing on and consequently, how declared from Capcom, it can reach maximum 45FPS. During the test the framerate remained enough stable, but we didn’t run into situations chaotic enough to put the software to the test.

For what concern graphic side Resident Evil Village is a feast for the eyes, but in the end it is nothing revolutionary. Basically, as far as the RE Engine is valid, we are still dealing with a cross-gen title which consequently cannot push too hard on this side. On the other hand, the animations of enemies and characters left us pleasantly surprised. In particular the facial animations we witnessed during the cutscenes are truly spectacular and helped make the villagers look even more realistic.

While it’s not a PS5-exclusive title, it looks like Resident Evil Village still managed to take advantage of the unique features of DualSense very well. For example, the health of the protagonist was indicated by the color of the controller light and adaptive triggers offered different resistances according to the weapon used. In particular, we were struck by the fact that when using the knife there was no resistance but, by actually hitting an enemy, the triggers are able to simulate the impact suddenly stiffening. The only lack is represented by the feedback aptico which has not been exploited much, but even in this case to judge we will have to wait for the game to come out. 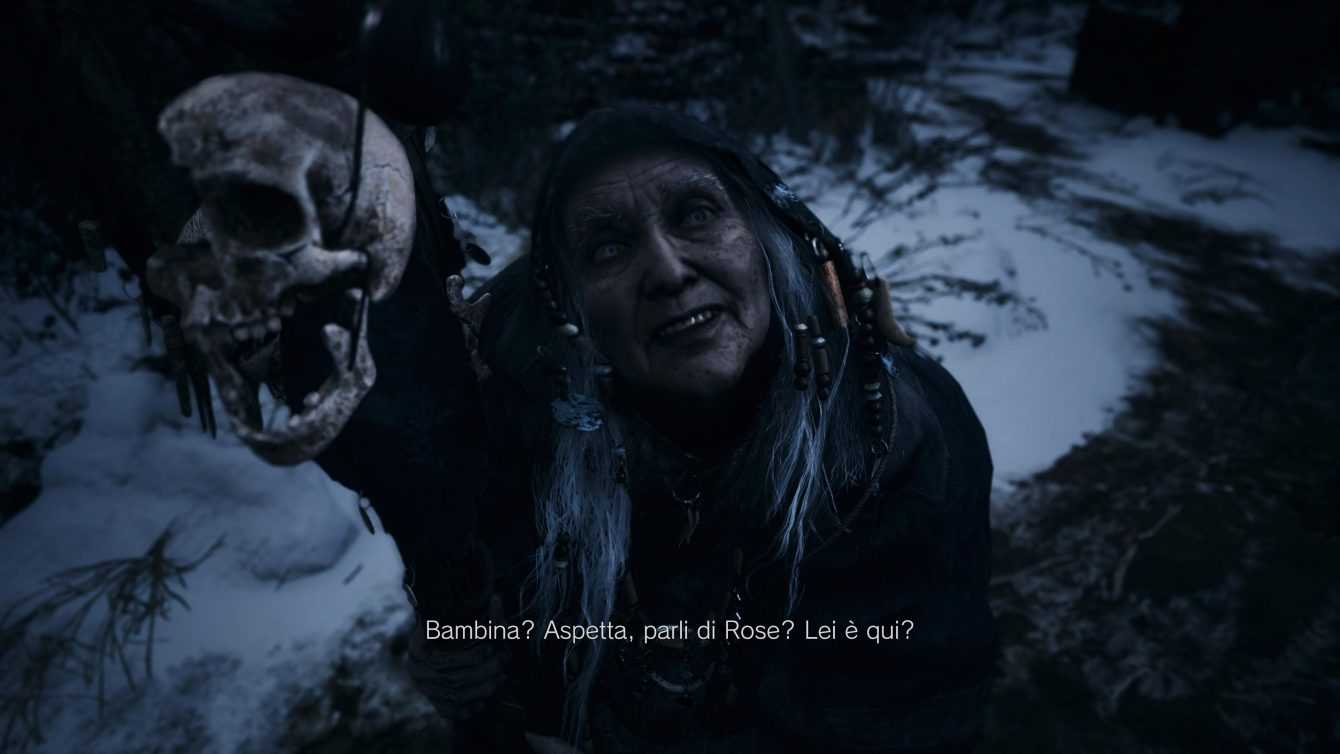 Now it’s finally time for our preview where we take stock of the Resident Evil Village demo. For what we have been able to see during ours short test, Capcom’s new survival horror seems to have taken a very positive path. The action and horror phases are for now well balanced, and the map appears to be well built and full of secrets. The demo also manages to maintain thattense atmosphere full of mystery that characterizes the series. Finally, also from the technical side it seems that Capcom has done a great job, making the most of its exceptional RE Engine. Now we just have to wait for the game to come out and hope that it can maintain this level throughout its duration.

Resident Evil Village sarà available from 7 May for PC, PS4, PS5, Google Stadia, Xbox One and Xbox Series X | S.. If you are interested in staying up to date with all the news on the world of video games and much more, then continue to follow us here on TechGameWorld.com. In addition, in case you want to buy the game at an advantageous price, we suggest you take a look at the catalog of Instant Gaming.