Close to the day of memory we want to offer you the retro-review of La vita è bella, an Oscar-winning film that gives a smile to one of the worst pages of our history

The moment when, at the 1999 Academy Awards ceremony, Sophia Loren announced to the world that the winner of the Best Foreign Film category was the very Italian La vita è bella, directed by Tuscan actor Roberto Benigni, went down in history.

The plot | Retro-review Life is beautiful

Guido Orefice he is a Jew in Mussolini’s Italy, hired as a waiter at the Grand Hotel in Arezzo. Here he meets and marries Dora, teacher promised to a gray regime official. From their union, stronger than discrimination and anti-Semitic propaganda, it is born Joshua. Five years later the situation worsened and the family was deported.

Sentenced to work in a concentration camp, Guido tries in every way to convince his son that what he is witnessing is only an immense game of roles at the end of which a tank is won.

A poem to break the chains | Retro-review Life is beautiful

Guido disguises the horror, adapts it, hijacks it so that his child does not stop dreaming, even in that place of suffering. With her efforts and her imagination she redraws life, disguises it and makes it more beautiful with the power of the imagination. Thus Benigni, in Life is Beautiful, breaks the laws of realism with exuberance that constantly leaves the protagonists and spectators amazed, incredulous to see so much generosity in the face of the unspeakable horror of the Nazi camps. 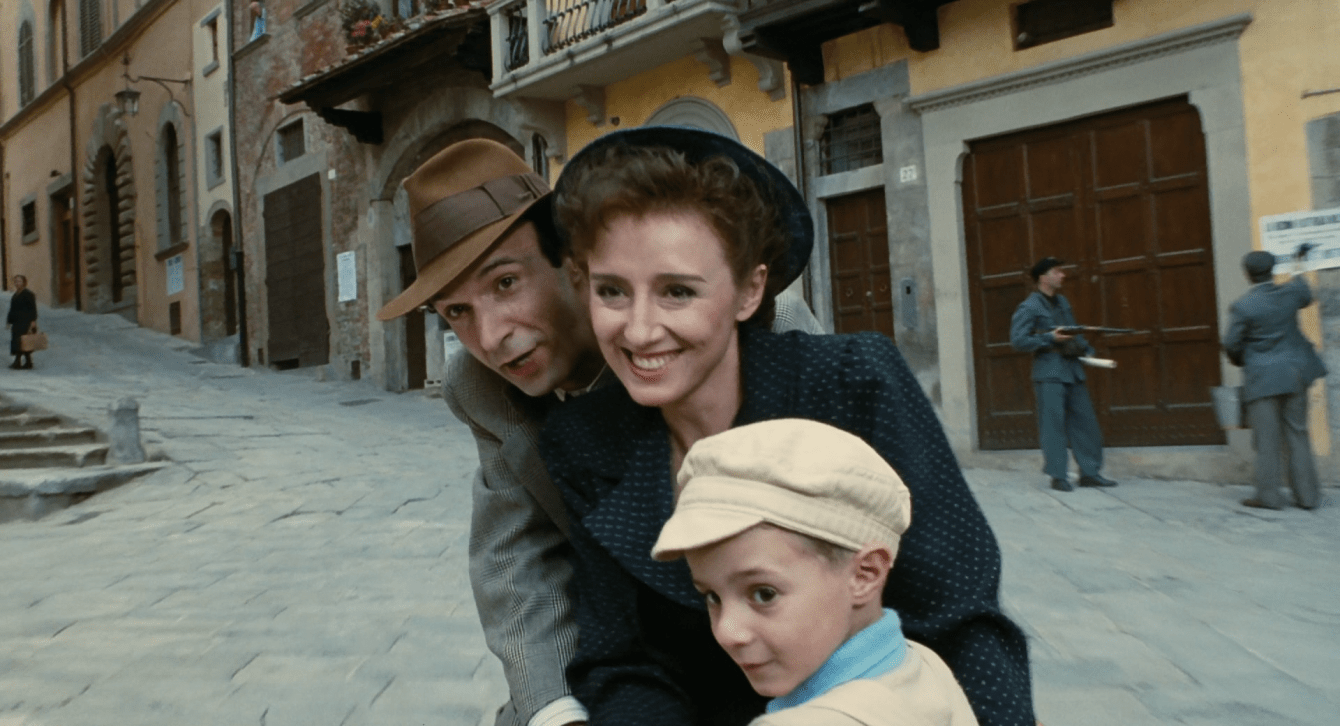 Guido finds the resource of an invincible jester that can do everything. Even when there is nothing to laugh about and evil becomes concrete evidence, we measure the triumph of Benigni and his crazy idea to avoid the extreme dramatization of a historical fact with macabre outlines. Benigni has shown that the story and the memory of the Shoah can pass for laughter, that among the films that have distinguished themselves on the subject there are not only The Pianist or Schindler’s List. Obviously we don’t laugh at the drama, but we strongly affirm that laughing saves life, it is a vital reaction against chaos and despair. Poetry after Auschwitz is possible, said Paul Celan, and Roberto Benigni, the clown who defeated barbarism in the time of a fable, reaffirms it.

Life is Beautiful is primarily a love film: between two spouses, between a father and a son. But, above all, as profoundly opposed to any form of hatred. Once again with the weapon of a smile, Benigni sows a subversive turmoil that confuses the fascist bureaucrats who cross him, never fighting fascism head-on. Every joke, every mockery ridicules a regime and its filthy rules. For the most part, taking the place of his own supporters, from an inspector sent from Rome to give a lecture on the superiority of the race, to the jailer in the concentration camp. Guido is a happy and elusive character, formidably capable of bending the chess of fate in his favor, of making fun of the bad guys, despite the final result.

Following the imprint of the grotesque comedy, Guido stands up against the bad guys who scream so much and never loses his identity, taking the liberty of substituting his opponents by ridiculing them. In the incessant confrontation between the accumulated signs of a marching tragedy (the black smoke that continually comes out of a chimney, the mountain of discarded clothes, the shower where old people and children are sent) and the wonders of a father’s invention to hide them to his own son, the film progressively reveals and denounces the cruel absurdity of their situation. While not evading realism, it is masked and exorcised, to the point of facing the tragedy. Irony is defended against the inevitable.

It was December 1997 when Roberto Benigni made the world feel the sensational emotional charge that only a refined and attentive director could do through a cinematographic film. From an infamous subject, he managed to find the way to build an unpredictable story. Life is beautiful, with its light stroke, he was able to tell the tragic nature of the Holocaust in an unprecedented, unique and unparalleled way. A timeless masterpiece, an unforgettable film still in vogue and getting older and better.