What do retrogaming and childhood memories have in common, and why the very game we all had as Mickey Mania?

Who grew up in the the nineties could see a real revolution within gaming. If the the eighties were characterized by the overwhelming power of the NES with titles of the caliber of Super Mario Bros. and The Legend of Zelda, the nineties saw the famous Console War with new protagonists, gaming platforms and 16 bits instead of the more “pixellated” 8 bit. Not to mention the birth of the three dimensions with Nintendo, at the time strong of its Super Mario 64, against one PlayStation newborn with adventures and character series such as Crash Bandicoot, Spyro and MediEvil.

We must not forget, however, the cartoons! What was always on television, between movies and regular series? But of course the dear old Mickey Mouse, a character who certainly needs no introduction and that we have all seen in all possible and unimaginable sauces. One of these is, without a doubt, the videogame sauce with a title of the likes of Mickey mania signed by Traveller’s Tales, a game that we have all had a bit and that today we can easily define retrogaming since we are talking about the first half of the nineties.

Do you remember it? For sure you can still find it in a box in the attic or in the various flea markets, both online and not, so I would say that we can safely take a look again and understand if this platform is still worth playing or not. 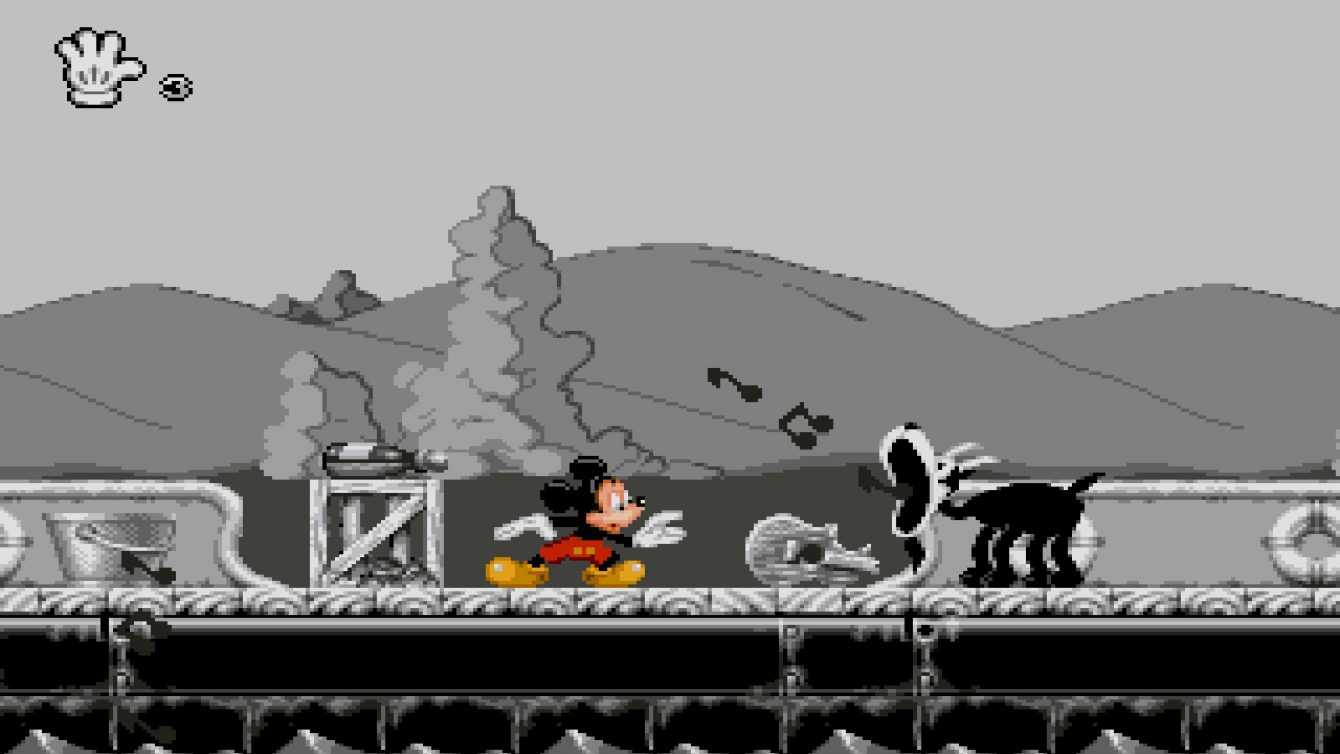 An “eared” protagonist, with some differences

If we had to make a list of all the Mickey Mouse games and all the Disney characters we would never end. Keep in mind that the brand is still alive today thanks to a series like Kingdom Hearts where our anthropomorphic friends interact in a “self-celebratory” world with typical role-playing mechanics. But we still remain in the early nineties for a while!

If he 1992 saw it land on SNES Disney’s Magical Quest, a platformer in which our Mickey Mouse will have to make your way through levels of the magical kingdom to save Pluto kidnapped by Gambadilegno, the following years saw the arrival of another adventure of his for multiple consoles. Perhaps with a little less history, but full of quotes and references from the various cartoons that have seen our mouse as the protagonist. 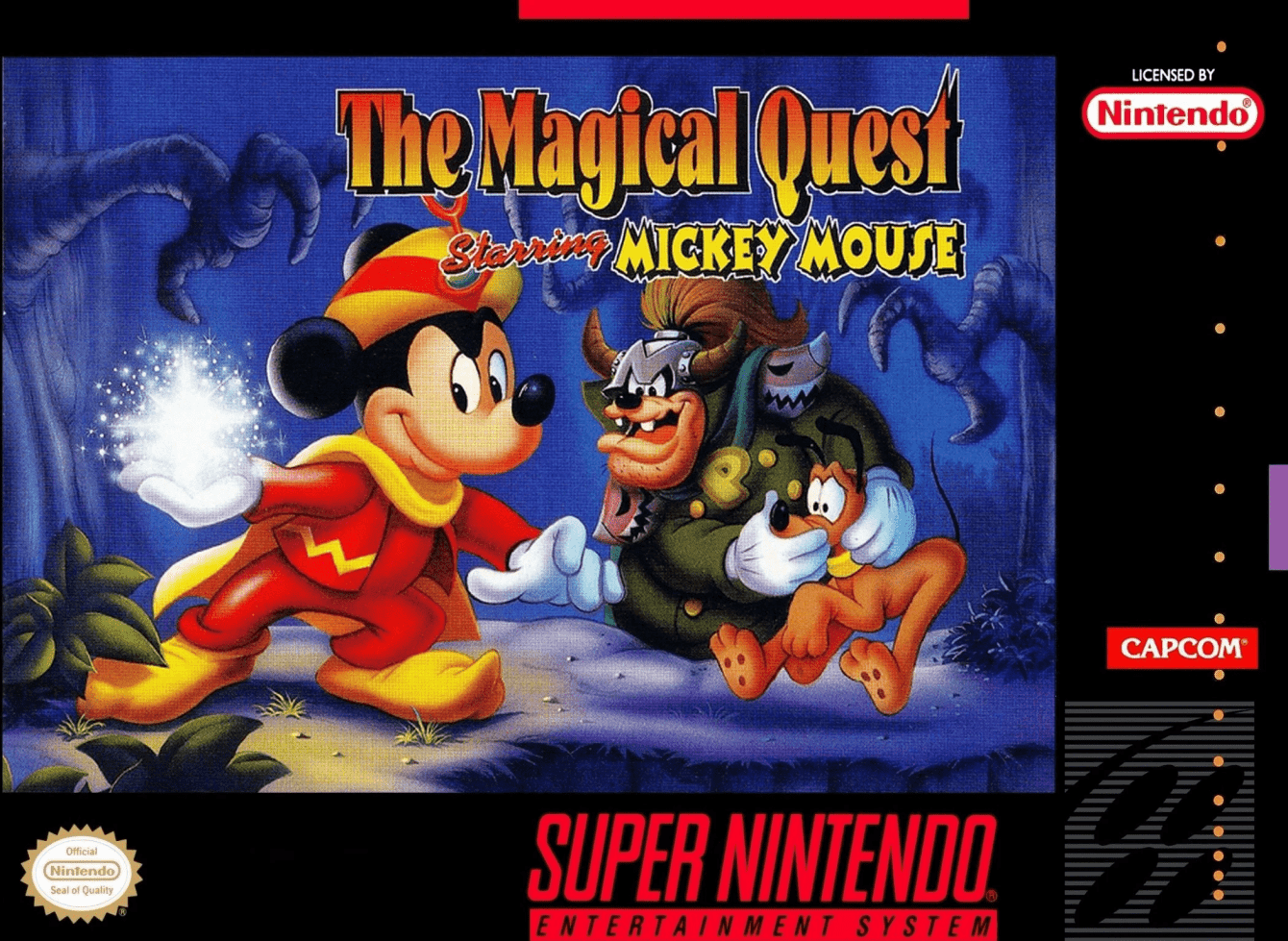 The aforementioned SNES, the eternal rival Sega Mega Drive, the Sega Mega CD and the first PlayStation have therefore seen the landing of what, in Italy, has been translated as Mickey and his adventures. A conversion that began in 1994 and ended in 1996 with the first home console Sony whose rescheduling was signed by Psygnosis. The differences between consoles, however, are felt. In addition to the graphics and a bonus level not present in the SNES version, both the title and the cover have been slightly modified.

In the Italian and American version signed by PlayStation, for example, we can see our protagonist defiantly advance through the flames of a level below the writing Mickey’s Wild Adventure. In those for SNES and Sega, however, we will see our eared protagonist face a mad scientist inside a basement helped by his faithful pluto. Once this has been said, the time has come face the “flab” of the game in itself. 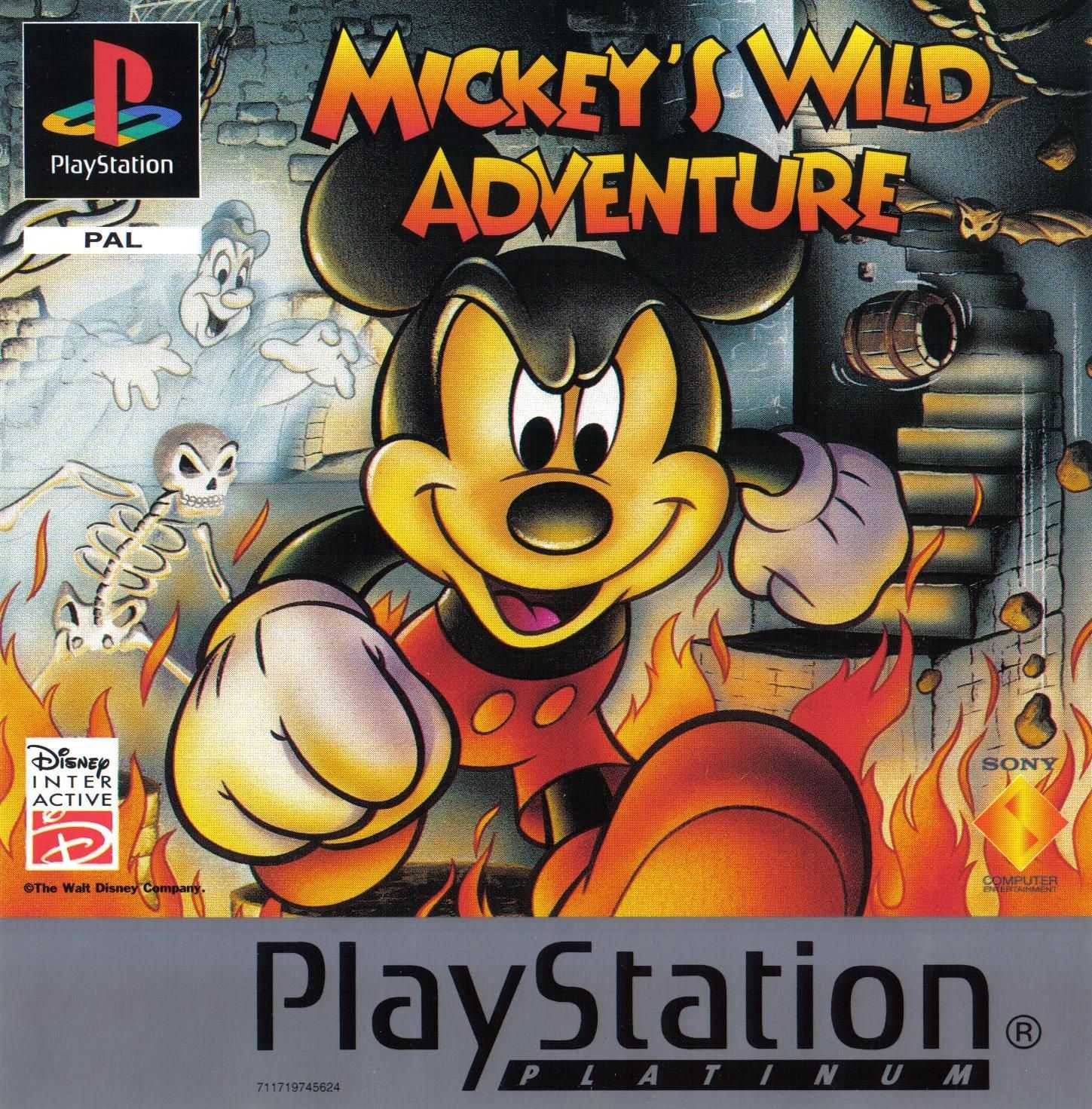 If in the already mentioned Disney’s Magical Quest the Disney trio par excellence appeared, Mickey, Donald and Goofy, were faced with the threat of Gambadilegno, here the story and the characters are quite small. In fact, apart from the “appearance” of Pluto in a couple of levels, here the only protagonist and playing character is the usual good Mickey Mouse who will have to meet again with some of his most iconic adventures.

Anyway, our protagonist will therefore have to “go back” on the steps of his previous animated adventures. We also take into account that The Prince and the Poor had been out for a few years, facing old acquaintances of the shorts and films also joined with new enemies. In short, a Disney branded platformer like i Traveller’s Tales they used to do in the early nineties. 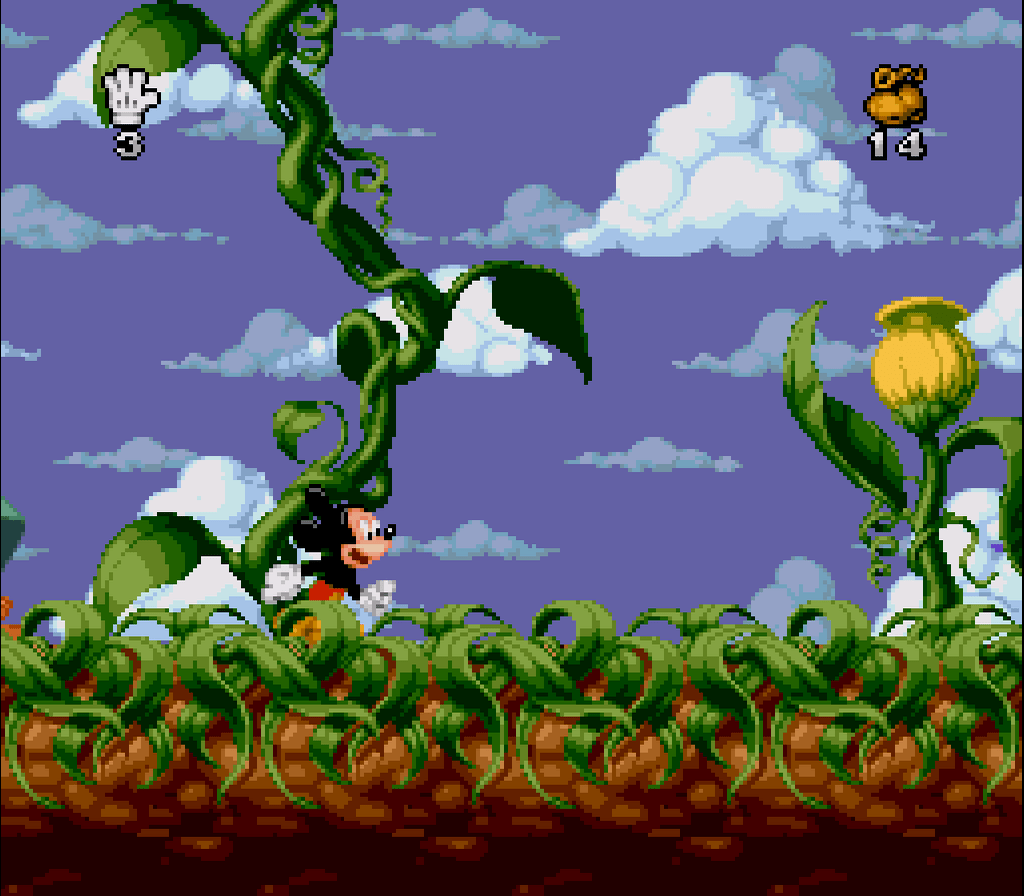 Apart from a couple of levels where it will be necessary to escape from a gigantic enemy, a bit in the triceratops style of Crash Bandicoot 3: Warped, our Mickey Mouse will have to complete his path from the beginning to the end of the level up to collide with the boss on duty as well as with his own version dating back to the animated episode.

Besides jump on enemies’ heads, our good mouse will have up to a maximum of 99 marbles to throw at them and that he will find during his journey full of obstacles of all kinds. A little help is then given by the possibility of regain lost energy, here in the form of stars, and come on checkpoint which are activated with a small firework. Rare, but not impossible to find, are the quickly represented by his own pair of ears which also “brand” the various Disney-themed products. 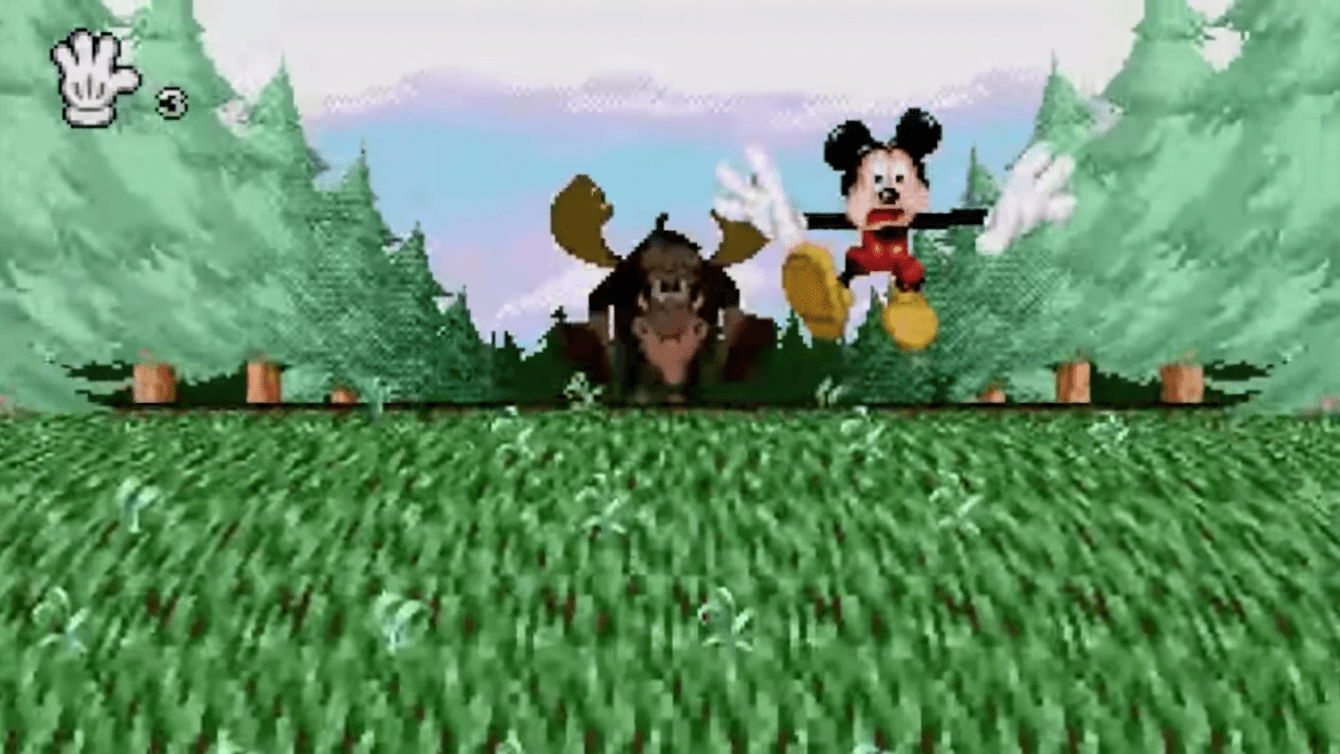 A nice element to indicate the energy of our mouse is then its iconic white glove, typical of cartoons of the time and resumed also in Cuphead, for which each finger corresponds to an energy bar. Each shot therefore brings down a finger and then, as often happens in this type of game, you can die with an animation of him falling with a flower in his hand in the old funeral style.

To die? In a Disney game with Mickey Mouse? If you have tried other similar titles, such as those with Aladdin or Hercules as protagonists, then you know very well what it is. All in all it can be finished in just over an hour, but be aware that you will find bread for your teeth in spite of its cartoonish and reassuring aesthetic. After all, if there is an option to adjust the difficulty, there must be a reason! 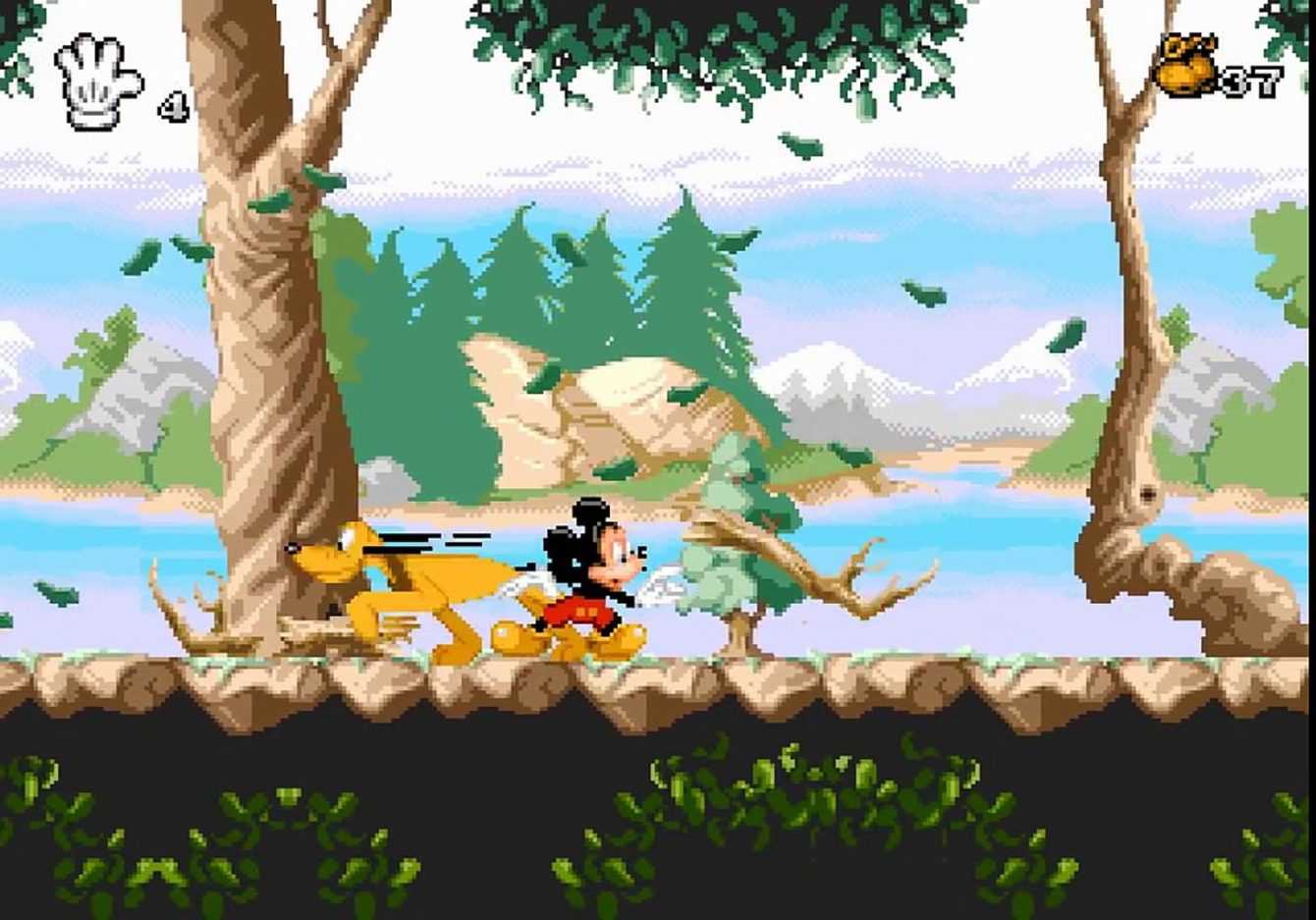 Earlier we mentioned the Traveller’s Tales creations, but what exactly happened to the British manufacturer? Starting from the fact that many of his early games were the adaptation of really well-made film projects, such as Bram Stoker’s Dracula, Toy Story, A Bug’s Life and so on, the drift they have taken with the 2000s it has deviated a little from its origins. In fact, shortly after trying to “squeeze” even more a well-known marsupial (Crash Bandicoot: The Wrath of Cortex e Crash Twinsanity) and a very fast blue hedgehog (Sonic 3D: Flickies’ Island e Sonic R), the Traveller’s Tales have increasingly gone to “specialize” in licensed LEGO games.

Exactly, the very famous and colorful sets of plastic bricks are still the protagonists of countless video games of which, a good part, is precisely signed by the English studio. Among these there are really something for all tastes and, even in this version, the titles belong to great film sagas such as Indiana Jones, Harry Potter, The Lord of the Rings, Pirates of the Caribbean, Star Wars and so on.

Some might point the finger and say that the studio has taken a really “comfortable” and far too “toy” path, but if you look more closely at this kind of products then you will realize how difficulty, fun and inspiration are still quite alive in the great book of Traveller’s Tales. 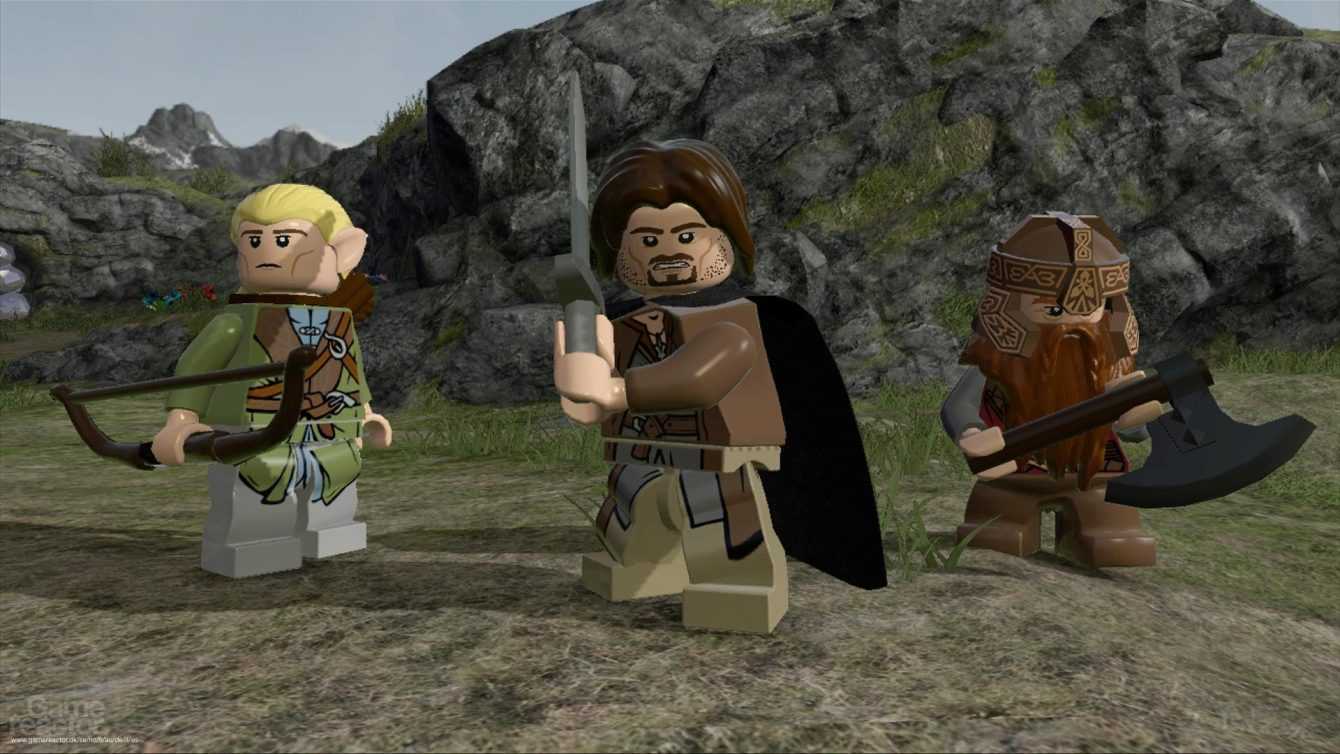 A game for children?

Seen with the eyes of now, a title like Mickey mania, does not immediately cry out to the most classic retrogaming, but it certainly reminds us of a time when cartoon-based video games were a reality very present. Sure, there were some unfailing uglinesses, but I’d like to stay in Disney theme with Donald: Operation Duck ?! signed by Ubisoft. Do you remember it?

This version of the adventures of Mickey Mouse was then very well received, especially from families with younger children, and the game still lends itself to being tried and tried again today. Maybe with a smile on his face and that hint of nostalgia for a childhood where everything that was videogame was a source of infinite joy and discovery.

If you then want to see what else is there about this style at a good price, click here, while, to stay always updated on the video games of yesterday and today, we are always waiting for you here on TechGameWorld.com!