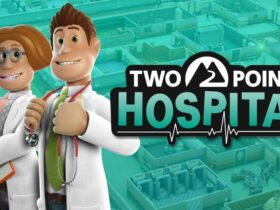 We finally got our hands on the next gen version of the most famous bandicoot ever. Find out what’s new in the PS5 version with us in our Crash Bandicoot 4: It’s About Time review

Crash Bandicoot 4: It’s About Time is finally available also for PlayStation 5. The fourth installment of the series, which takes up the story of dear old people Crash e Coco, is thought of as a natural continuum of Crash Bandicoot: Warped, despite the numerous innovations. Everything good we had seen and analyzed in the PlayStation 4 review of the game, is taken to a new level in this version for next gen. So let’s go into the details of Crash Bandicoot 4: It’s About Time for PS5, with our review!

A walk in time

Let’s start by specifying that this review it will be linked more to the technical details of the title, than to its actual contents. The game, fresh a few months on PlayStation 4, has not undergone any particular changes or changes but has simply been adapted to fully exploit the potential of the new Sony home console. Some problems remained while some were brilliantly solved, but the game remained practically unchanged. To get to know the details of Crash Bandicoot 4: It’s About Time, then, we invite you to consult the review of the PS4 game. That said, let’s dive into this analysis of the Crash Bandicoot 4 PS5 version review together. 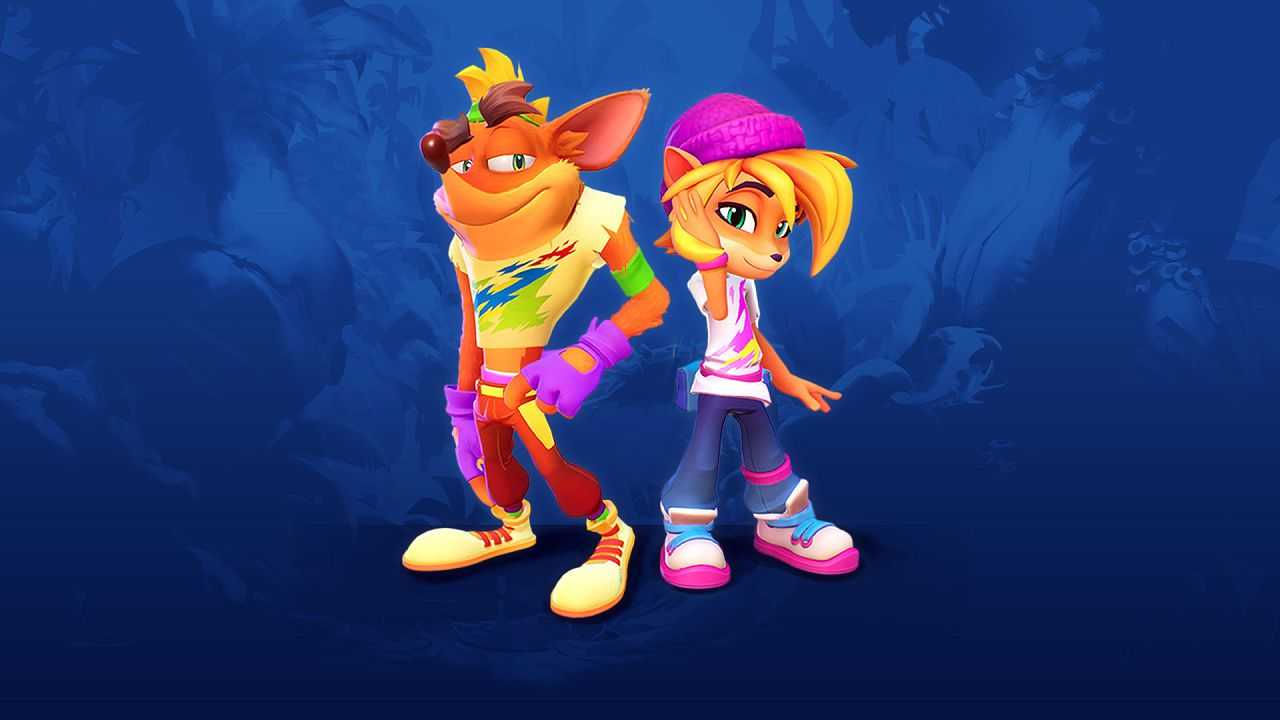 Not Too Much to Improve – Crash Bandicoot 4 Review: It’s About Time for PS5

Crash Bandicoot 4: It’s About Time for PlayStation 4 has revealed itself a really good titledespite imperfect. The production of Toys for Bob was excellent, fully respecting expectations and making us forget at times of the absence of Naughty Dog. Precisely for this reason, the PlayStation 5 port of the game is nothing more than its update with filings and corrections where they needed to be made. The first thing that catches the eye, starting the game, is the 4K native: although the graphic style of the game was already very satisfying on PS4, here it has a completely different flavor. Also, the game on PS5 runs on 60 fixed FPS thus bypassing the frame rate cap of the console of the now old gen.

Another important news, the integration of 3D audio which is talked about so much every time the PlayStation 5 topic comes up. In Crash Bandicoot 4: It’s About Time an excellent job of adapting to 3D audio has been done, despite a detail: to exploit it you must have the necessary PULSE 3D headphones by Sony. Nothing transcendental, but there remains a bit of a bitterness in the mouth for the exclusivity of the feature. 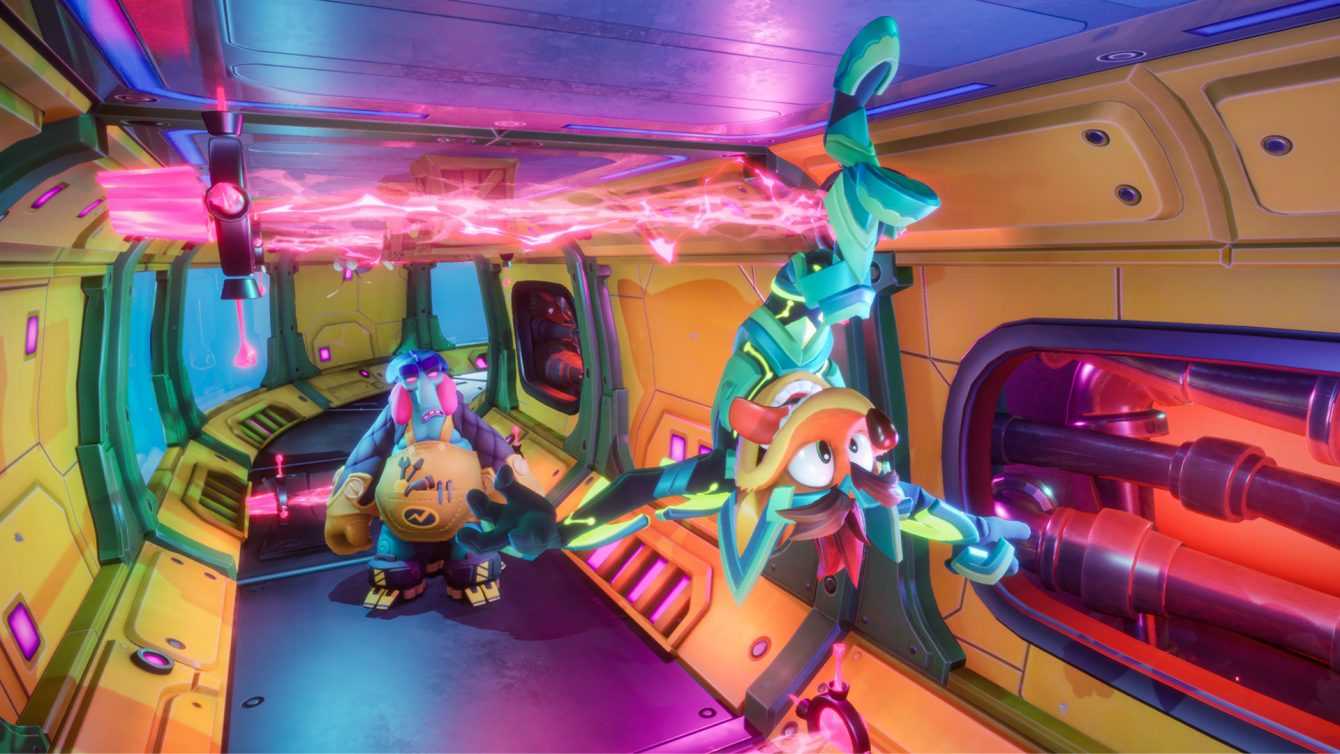 The second point to analyze, natural continuation of the analysis of graphics and audio, concerns the new pad of PlayStation 5. The Dualsense stands out among the novelties of the current generation of Sony, and Crash is no exception in using the features of the controller. Let’s face it, the simplicity of the game leads him to exploit its potential very little, but anyway the difference with the DualShock 4 is obvious. Using Crash and Coco the differences are limited to the integration of audio and haptic feedback, especially in the sections with masks. Playing as Tawna Bandicoot, Dingodile or Neo Cortex instead, adaptive triggers shyly do their thing (not that much more is needed). 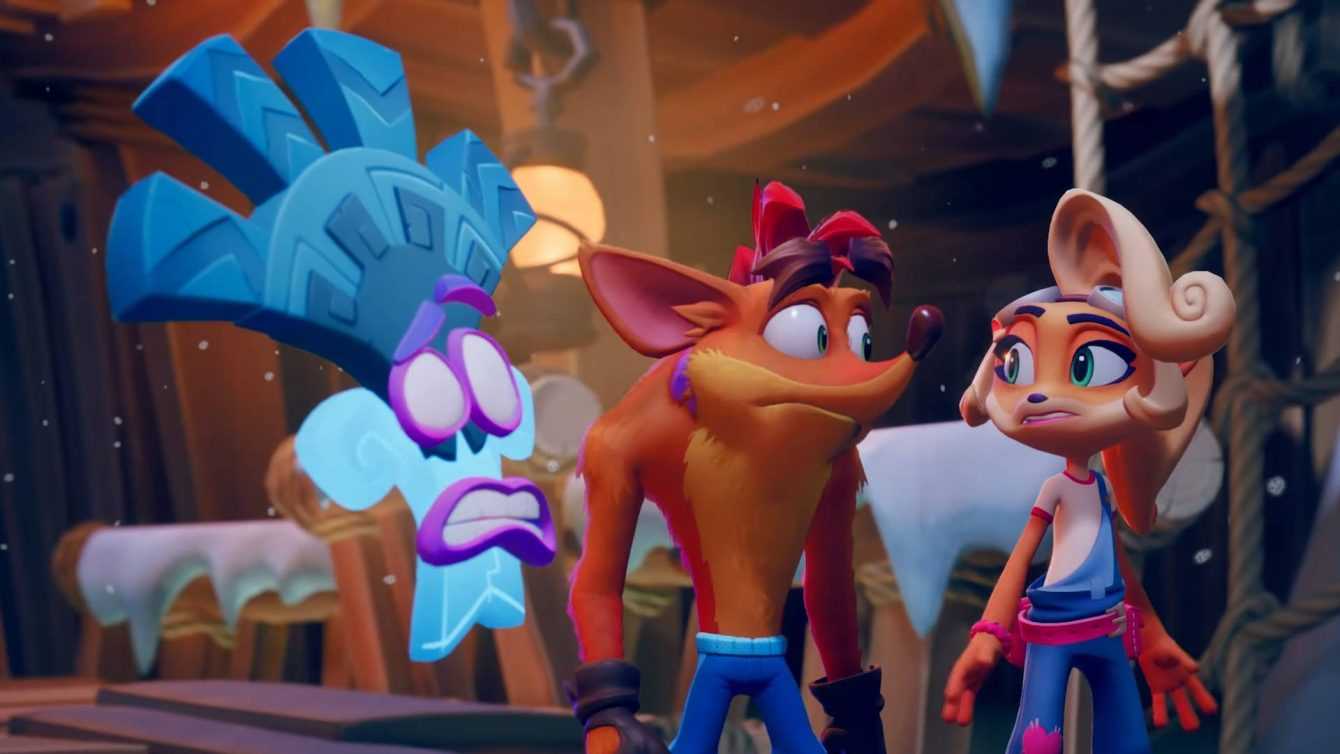 Even Faster – Crash Bandicoot 4 Review: It’s About Time for PS5

One of the “major” problems affecting the PS4 version of Crash Bandicoot 4: It’s About Time, concerns the long loading times of the game. The amount of elements on screen (and not) and the quality of the details had forced the game to load slightly tedious. Thanks to the PlayStation 5 SSD, the problem with loading times it was completely fixed for a much smoother experience.

Besides that, to make the experience smoother, we can enjoy the implementation of Activity Cards for trophies. Thanks to the Activity Cards, in fact, it is possible to keep track of one’s progress and what is missing to complete the game to the much coveted 106%. Which brings us directly and without too many frills to the last point of our review. 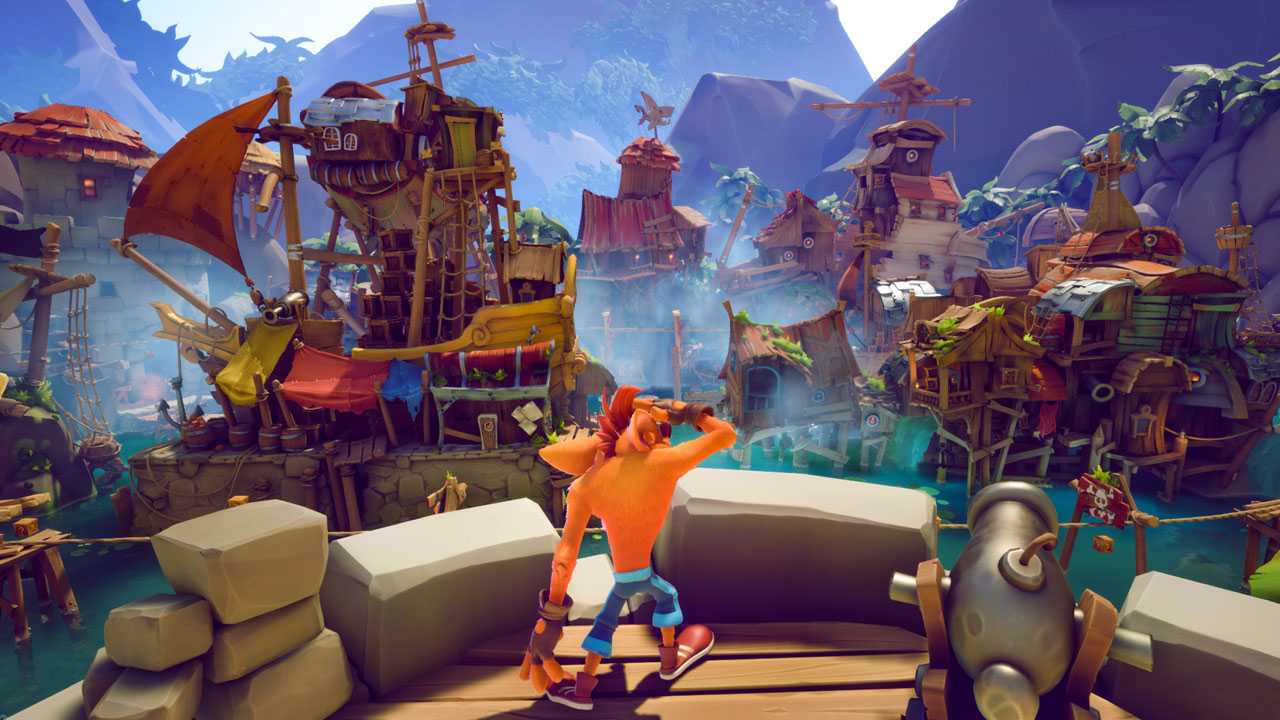 The biggest problem in Crash Bandicoot 4: It’s About Time, a neo (Cortex) impossible to ignore as much as it is a dot in a sea of ​​beautiful things, lies in completing the game. The off-screen placement of some crates and gems within the levels doesn’t make any sense. This practically makes it impossible complete the game without guidance or the help of someone who has already completed it. We understand the intentions of the developers to raise the level of challenge and increase the replayability of the title, but in this way platinum the game results unnecessarily frustrating despite the presence of Activity Cards to help us in the enterprise. 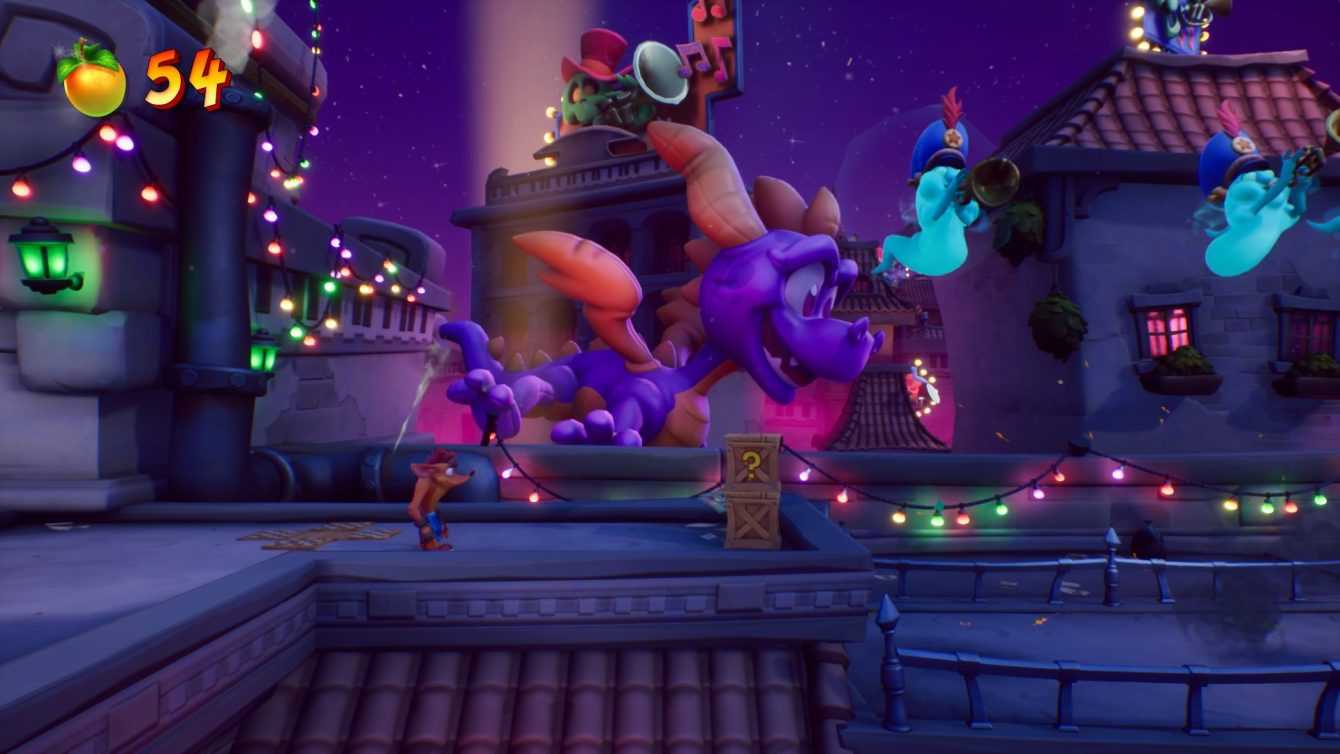 Crash Bandicoot 4: It’s About Time is a great platformer, regardless of the platform. Thanks to the variety of playable characters, the introduction of masks and the variety of game worlds, this fourth chapter is worth considering the best of the series. Additionally, the PS5 version of the game takes it to the next level, further enhancing a near-perfect title. Too bad only for the congenital issue of the positioning of the collectibles, which prevents the game from getting 10 in the report card. For those who are still wondering whether to buy it or not, we conclude with a warm advice: do not wait a second longer, regardless of the console.

This was our review of Crash Bandicoot 4: It’s About Time per PS5. We hope to have made clearer ideas about the title of Toys for Bob, currently available for PlayStation 5, PlayStation 4, Xbox One, Xbox Series X/S, Nintendo Switch e PC. As always, we remind you to stay connected on TechGameWorld.com for more reviews, guides and much more from the world of video games. Also, don’t forget to check out Instant Gaming for discounted games. Hi!