Let’s find out together, in this complete review, the improvements made by Square Enix with this new re-edition of a great classic: will Tactics Ogre Reborn have conquered us or does it feel the weight of the years too much?

In recent years, fans of strategic or tactical JRPGs, if you prefer, have been able to get their hands on some really interesting small titles, in addition to the everlasting Disgaea series. Among these, for example, in addition to the various chapters of the Fire Emblem, the recent Triangle Strategy comes to mind, surprisingly thrown out by Nintendo and Square Enix in an excellent combination of refined gameplay and superfine plot. The good times of Final Fantasy Tactics and Tactics Ogre, as we have already said in other forums, however, now seem so distant in time, almost ephemeral. Or maybe not?

How can a timeless classic be made even more beautiful and above all appetizing for the palates of 2022? Simply by taking it, modernizing the graphics and a few tricks to the gameplay here and there. And here it is, after 27 years (if we leave out the 2010 remastered on PlayStation Portable) that Tactics Ogre: Let us Cling Together returns, renewed and corrected, as Tactics Ogre: Reborn su PC, PS4 e PS5. We took our time, especially due to the duration of the campaign (perfectly in line with other productions of the period and of the genre) to be able to tell you about it well: welcome to our review of Tactics Ogre Reborn.

Equipped with a particularly intriguing and intricate narrative plot, born in 1995 from the pen and mind of Yasumi Matsuno (Final Fantasy XII, Final Fantasy Tactics), the script of Tactics Ogre Reborn revolves around political events and background that we must put on the plate, if we want to immerse ourselves in the events that we will then experience in “first person”. The Islands of Valeria form a small archipelago which includes three distinct groups of inhabitants: and Bakram, and Galgastani and Walister.

For some time the archipelago was united, despite its profound ethnic differences, under the enlightened guidance of King Dorgalua Oberyth, who managed to maintain internal peace (albeit relative) and promote the prosperity of the nation. Of course what happens, in stories like this? The King dies, leaving no heirs, and Valeria returns to civil war. While the Bakrams and the Galgastans divide the lands, the Walisters are subjected by the latter, despite the exhausting attempts at resistance led mainly by the Duke Juda Ronwey. Golyat, the starting point of our adventure, is a small port town in the province of Walister, obviously under the control of the Galgastani. Our protagonists are Denam and his sister Catiua, as well as their impetuous childhood friend Vyce, three young warriors ready to give their lives for the freedom of their people. Among intrigues, betrayals, new encounters and many, many clashes, the three will make their way towards the much coveted independence, in a campaign that will last approximately more than forty hours.

What distinguished Tactics Ogre already in the 90s was the strong importance given to the many choices that the player had to make in very specific crossroads. And with “strong importance” we mean that the entire narrative was shaped precisely on the basis of these choices, which led to one of the three paths and, therefore, of the three available endings (Lawful, Neutral, Chaotic). A factor that still gives Tactics Ogre a strong replayability componentalthough the duration is actually quite long and does not particularly tempt the gamer to relive about forty hours of events, however exciting. To make up for this, a mechanic introduced precisely with Reborn intervenes, called “World Tarot”, which will only be unlocked from a certain point onwards, but which allows you to retrace your steps and resume some choices, whether you are not satisfied with the result or out of simple curiosity. A particularly interesting addition that will please longtime fans of the title, but also novices who may find themselves particularly involved in the events of Denam, Catiua and Vyce.

From the point of view of the combat system, the already almost impeccable formula of Tactics Ogre on PSP branded 2010 has been further renewed by Square Enix, to make it even more streamlined and accessible even to novices of the genre. Basically, Tactics Ogre Reborn is a very normal strategic JRPG: we therefore fight on a grid, on which we can move our adequately equipped pawns and which can take as many paths as jobs exist in the game. And here is the first difference from the original: with each change of job, the character will not lose the experience gained up to thenunlike in the past where if you switched, for example, from knight to barbarian you had to start over from level 1. An advantage that could scare purists, because it seems to encourage grinding (made possible also and above all by the Training mode), which is however extremely limited thanks to the introduction of the “Party Level”, a level cap that is increased only as the story progresses and that no pawn can exceed in any way. You will therefore not be able to resort to the mere force of numbers to continue the story: you will need ingenuity, cunning and a lot of tactics.

Square Enix has also added other precautions, such as the possibility of saving five different teams that can be deployed quickly before the battle and that of taking a look at the battlefield and the opposing equipment before starting the battle. Furthermore, the choice of gameplay most appreciated by gamers of the new millennium is always and only one: the possibility of increasing the speed of the clashes. Thank you Square Enix, thank you.

Tactics Ogre Reborn is, overall, a very complex title and it has a difficulty curve that doesn’t go down during the adventure, quite the contrary. The introduction of the level cap has certainly rebalanced things, but novices in the genre and especially those who are not used to the level of challenges of the 90s titles will very often find themselves banging their heads against a wall that is difficult to climb over. The introduction of the Chariot Tarot (similar to the World Tarot, but which allows you to rewind matches up to a maximum of ten turns) certainly helps, but there really isn’t an “easy” way to proceed. You will simply have to learn to play. We tried Tactics Ogre Reborn on PlayStation 5 and, we admit it, perhaps we would have preferred to do it on Nintendo Switch. In fact, if the gameplay has been rejuvenated particularly well, while not distorting the hardcore component of the original title, we are unable to say the same about the graphics sector. All that was done in this case was to put the scenarios in Full-HD, without modifying other details in any way, such as the already scarce pixel art at the time of the PSP or the animations.

You will understand well that playing it on a 50 ‘has undermined the general visual rendering even more, which perhaps would have come out better if revised in portability on Nintendo Switch. A chance that maybe one day we will give ourselves, but net of this review we admit that the now far too advanced age of Tactics Ogre Reborn should have received a few more tweaks. The original illustrations are still very fascinating, but they have that external black border which greatly undermines the final aesthetic result. And considering the marvels fielded by Square with titles like Octopath Traveler or the aforementioned Triangle Strategy… we definitely expected more.

The soundtrack is excellent as always and the Italian adaptation is still obviously absent. It wouldn’t be all this big deal, were it not for that the English used in Tactics Ogre Reborn is particularly dignified in some situations, and will therefore not be as accessible to non-English speakers as one would expect. We end this review of Tactics Ogre Reborn here and candidly admit that returning to Valeria’s lands has had a certain effect on us. It will be that we are still talking about one of the masterpieces of the genre, which has kept us busy for many hours already in the past, and that the gameplay improvements have largely streamlined the woodiness of the past, Tactics Ogre Reborn is still today , in our opinion, a title that no fan of the genre should dodge. If you manage to turn a blind eye to the few graphic tweaks, which unfortunately underline its advanced age, you can throw yourself into an intricate, complex and intriguing adventure: You will not regret it.

Tactics Ogre Reborn is out now on PC, PS4, PS5, and Nintendo Switch. Let us know if you have purchased it below in the comments, we will continue to keep you updated with all the videogame and tech-themed news, guides and reviews! And if you are interested in game keys at advantageous prices, we advise you to take a look at the InstantGaming catalogue! 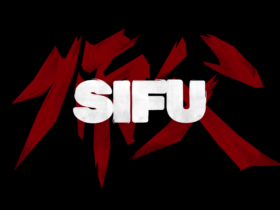