The Almost Perfect Couple is the TV series thriller drama originating from the UK and released by Netflix in all countries from 12 March 2021. Here is our review

The almost perfect couple is one of the novelties in the Netflix catalog in March and comes with a first season consisting of eight episodes and a thriller drama genre of those who want to keep the viewer’s tension high. Directly from the United Kingdom, the series is based on a novel by John Marrs entitled The one, the original title of the series.

The protagonist is Rebecca Webb, played by Hannah Ware, scientist, biologist with many specializations also on genetics who decides to found a company that creates the “match” between people, based on the intersections of their DNA. So, according to her studies, the soul mate exists somewhere for everyone and to meet her just use her application. This company in two years depopulated all over the world, between those who get engaged and get married thanks to the use of the application and those who obviously do not trust, because it upsets the world and social relations making them become a purely scientific issue. As a horizontal plot of Rebecca’s activity and her conviction, there is the discovery of a corpse in the river, belonging to an old friend of hers, not just a roommate at the university.

When Tinder catapults into science | Review The almost perfect couple

Match, is the word that returns continuously within each episode, it is and a password: when there is a match, no one can oppose, change direction, can not help but fall in love with the person with whom it is intended. Why this? Because science, genetics and the history of our DNA say so. We are therefore in a world that is dystopian, as if using Tinder, the famous online dating app, we were suddenly faced with a match that changes our lives forever because it is dictated by science.

Sentimental instinct, romanticism, take a back seat here, because falling in love is mechanical: and above all it becomes safe, because it takes us away from sentimental dramas, broken hearts as well as drastically reducing divorces all over the world. And this is exactly what the protagonist Rebecca wanted to do, to fix the ruptures of her childhood, through an intense study in the laboratory. Her parents have never loved each other and she has always suffered from this, so using the discoveries of her society, she wants to spare this suffering for the whole world.

The almost perfect couple is a drama, with a strong thriller base due to the police investigation into the discovery of a dead body, belonging to a man who was part of Rebecca’s life before founding her company. Let’s discover their relationship and how his project is born through flashbacks that have a different flavor at a narrative level: the heavy and dystopian atmosphere of the present, there seems not to be, everything is more like a classic drama, where three young people are building their future. While the present takes us into a darker colored narrative, with a harsh protagonist, who evidently hides many secrets and who carries a company forward on a road full of obstacles. 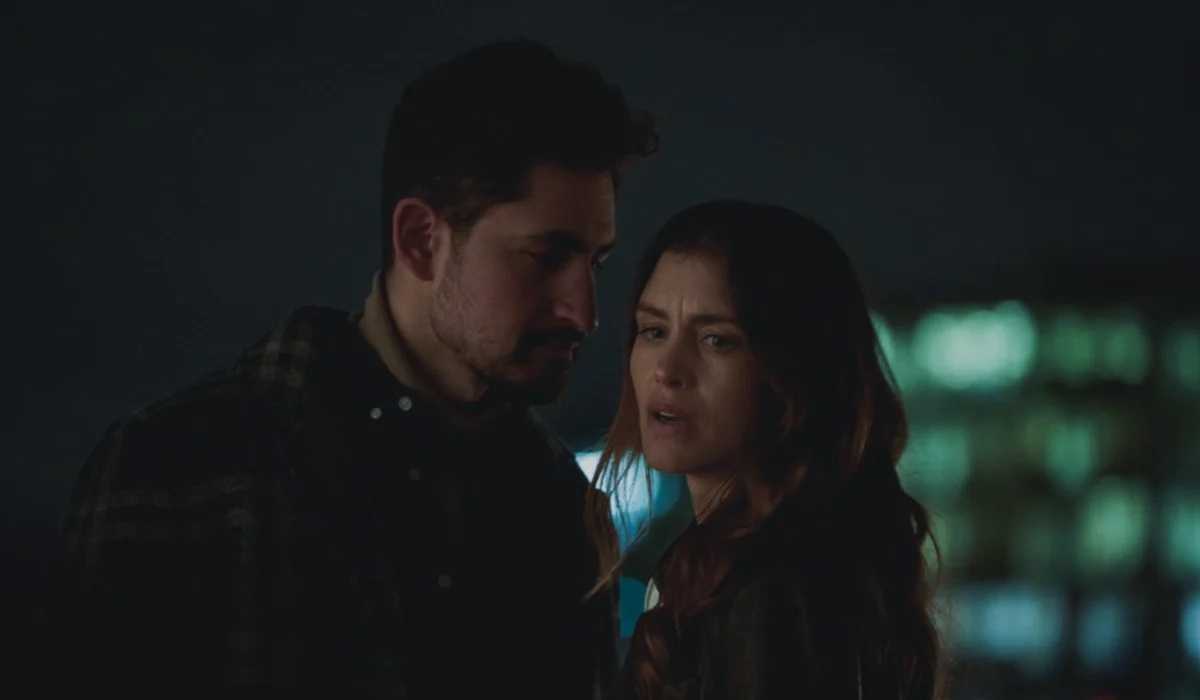 This change of directorial style clashes within the overall narrative, which does not seem to choose a single register from the beginning to the end of the episode. There are moments of lightness, there are moments of thriller, accompanied by other more dramatic moments, which don’t seem to marry very well. The goal could be to create more narrative tension with sudden style changes, but in practice what happens in the next scene never creates enough astonishment.

Many elements, but nothing original | Review The almost perfect couple

The lack of amazement is due to the fact that everyone these elements, of psychological thriller, action, drama and dystopia, within the same container, are nothing original compared to what we are used to seeing in the serial field. The plot seems to follow a very clear line of predictability from the beginning, with a narrative tension that does not cause the breaking effect. A real shame, because from the pilot episode, the elements of a captivating product are there and are due to the basic plot, which offers many ideas to play on the feelings and psychology of human beings.

But everything goes to to convey in the thriller, in the subterfuges, in the deceptions, power games that greatly lower the quality product because they make him look too much like others.

The almost perfect couple is therefore not a revolutionary TV series, because its script and direction flaws place it within a large compartment of discreet TV series, with very valid performers and a certainly captivating base plot. But although it won’t stay in memory, it is certainly an enjoyable series, which also offers food for thought on a plot that had a lot of potential.