Riot Games, developer and distributor of video games, has unveiled the third and final phase of its event RiotX Arcane, The nights of the underground city. From 14 to 20 November, The week leading up to the Arcane season finale, players will find new in-game content across Riot titles alongside community-focused competitions that celebrate the Riot Games ecosystem.

The nights of the underground city follow the event Days of Progress, held November 7-13 with a series of Arcane-inspired game updates and a fun collaboration that brought Arcane-themed aesthetic elements into the first Among Us Cosmicube. Underground City Nights will close RiotX Arcane’s month of celebration by focusing on the company’s passion for its communities and the spirit of competition.

On November 19th and 20th, fans and players from the global Riot community are invited to celebrate the season finale of Arcane with the Nights of the Underground City event live from Los Angeles. On-site and digital attendees will find live entertainment, a charity tournament featuring prominent community members playing Riot games, and more. The final three episodes of Arcane will be available worldwide on Netflix come on Tencent Video in China on November 20 at 09:00 CET.

On November 19, Nights of the Underground City will debut in part of the Secret Cinema live experience, Arcane: Inside the Underground City. In an original story set before arcane ending, fans will be able to choose their underground city faction and compete against each other to control the supply of spark. The experience will be filled with twists, puzzles and unexpected encounters with characters from the series.

With multiple endings based on who wins (and how), a sneak peek of the Secret Cinema experience will air on the first day of the two-day event, tickets for which go on sale from 19-21 December 2021.

The event will also host the first Riot Gauntlet, a two-day charity tournament across Riot’s various games with a $ 100,000 prize pool that will be donated to the charity chosen by the winning teams. Team captains will choose from a group of prominent community members from around the world to team up and compete in a selection of Riot games, all the way to a final showdown in which the captains face off against a team of Riot Games developers on November 20. .

The following Arcane-inspired content and products will be available in Riot games during Nights of the Underground City November 14-20: 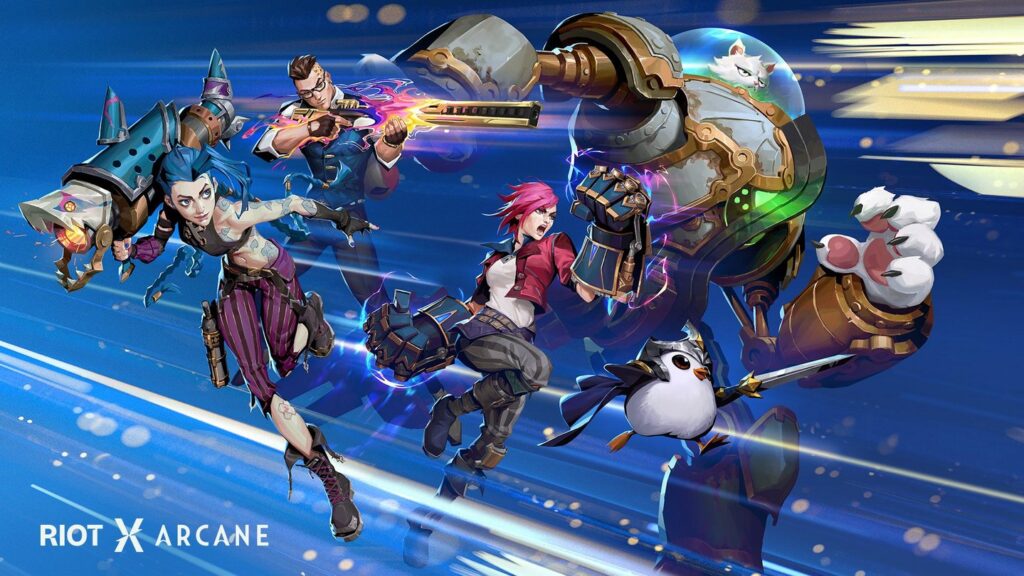 And the latest rewards obtainable in game arrive in the world of RiotX Arcane, available until November 30:

Fans who digitally follow the Nights of the Underground City broadcast on one of the dates will have another chance to get the following Twitch Drop, In-game rewards previously awarded to those who followed the preview broadcast on Twitch: