We tell you about RuneScape, one of the most important and popular MMORPGs in history that has recently also been released on mobile devices, giving a new life to this milestone in the world of video games

Do you know RuneScape? If you are very young probably not, but certainly the most experienced gamers will have heard of it. It is one of the most successful MMORPGs (Massively Multiplayer Online Role-Playing Games) in history, with over 250 million accounts created and around 6 million of these are active every day. In 2013, RuneScape was the most played video game of the year with 443 billion minutes of play. The mobile version was announced in 2017 and took 4 years to develop, but collected 1.8 million pre-registrations even before the official release.

The secret of its success lies in two factors. The first is theaccessibility. In fact, the game can be used through any browser or application compatible with Java. The second is the unfolding of the game. Each character has a very wide plethora of skills that can be hone to give a specific edge to your character. Different skills have advantages and disadvantages depending on those of the opponent in front of us, creating a very dynamic balance within the game. Let’s see together the main features of this game! Exist two game versions. Until 2008, there was only one version of the game with the original graphics. These were “retro” graphic models, with few essential polygons and very simple textures. The result, even at the time, was very anachronistic with extremely stylized figures and bare settings. Given the increasing availability of computational resources, the developers decided to release a version with an updated graphics engine able to create more accurate models and rich in detail. Despite everything, however, the community that had arisen around the old version was extremely close to that version a bit ‘crude graphics, but full of compelling content. Not to disappoint anyone, even you can now choose between the two versions. The original version is called Old School RuneScape (OSRS), the new one simply RuneScape (RS). RuneScape: the aim of the game

As in many MMORPGs, the game is very free and there are several goals that can be pursued within this vast digital world. One goal may be to progress in the game improving your character with more advanced skills and weaponry. To do this you will need to accumulate gold on OSRS and other resources. To do this, you can solve some quests, but it is also possible to buy gold on the RS 2007. In light of this, it is also possible to take advantage of the Grand Exchange which is a huge market where it is possible to sell and buy any available resources. Becoming skilled merchants in the Grand Exchange allows you to amass great fortunes and get rich (albeit virtually) can be a very tempting goal. Another goal can be to become Quest Championgoing to solve all the missions that are proposed and updated periodically. In RuneScape they essentially exist two categories of players: those paying and those not paying. Paying players have a larger world at their disposal and the ability to obtain items and resources more easily. They also have no limitations such as bank space. Free players, on the other hand, have a whole series of limitations. But don’t worry: you can play for hours without realizing the limitation. There are players who never switch to the paid version and still manage to maximize their characters. How to earn gold on RuneScape

Most of the methods for Earning gold in RuneScape requires performing repetitive tasks over long periods. The tediousness of these processes is the reason why some buy goods that produce useful over time rather than carrying out specific activities. You can find charts on the Internet that rank each gold production method and the hourly profit you can expect from each item.

Now, there are a myriad of ways to acquire gold coins in the game. Most newbies choose to kill chickens and cows and sell their carcasses to the Grand Exchange. These fall into a category called – combat methods. To the higher combat levels, you can fight against white wolves and magical creatures for gold. Other beginner methods include potato harvesting, sheep shearing, and wool spinning. Mid-tier players can earn gold by cooking and chopping wood, while high-tier players can slay dragons.

L’mining it is probably the most used way to create in-game currency. Gain valuable experience and profits by mining coal or iron ore. If you choose to mine, you can easily earn up to 30,000 in gold. If you reach level 85, you can dig for runite, which is much more profitable. Paid members have access to several runite mining sites. Non-members can only mine it in the desert.

Being a blacksmith it is also an excellent option that opens the door to mountains of riches. However, it does require you to reach a high level to gain the experience needed to engage. If you can’t get to a level where you can hit cannonballs or steel bars, it’s best to stick to the iron ones. If you have an entrepreneurial spirit, you can try your hand at in-game trading. Buy low, sell high. You can acquire raw materials and turn them into useful items, selling them for a higher markup. Almost everything in RuneScape can generate gold. Explore the game or choose an option.

So what impression did RuneScape make on you? Will you try to play? That’s all from the video games section, keep following us! 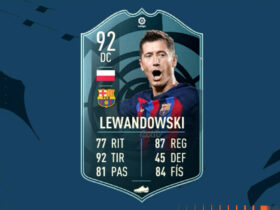