The new titles of Game Freak they offer players a really large choice of Pokémon, since they are present in the game over 400 different creatures. Many people like to catch all the little monsters possible and then form a team with the ones they like, but others want to be more efficient.

If you’re looking to build the perfect team or run a one-design challenge, then you definitely need to know what they are the most effective Pokemon of a certain type. To help you in this search we have therefore decided to write this article, where you will be able to find Scarlet and Violet’s best Fire Pokémon.

For this guide we have decided to group the ones we think are top ten fire-type Pokémon present in Scarlet and Violet. Considering that there are many creatures in the game, the choice was not easy at all and we also decided not to include only the mathematically strongest ones. In fact, in this guide we have decided to also introduce some excellent fire Pokémon that are easily found in the early stages of the game.

We kick off our list with one of the most popular Pokémon of all time: Arcanine. This majestic dog is only fire-type and is distinguished by its very balanced stats. In fact, Arcanine boasts good speed, good defenses and moreover according to your tastes can be used as both a physical and special attacker. In addition, this Pokémon is able to use the ability blazevery useful for completely canceling enemy fire attacks.

To get Arcanine it will be enough for you use a fire stone on Growlithand, a Pokémon that is fortunately very common. In fact, to find it, just go to the third area southnear the town of Los Tazones.

If you love the first generation and want an alternative to Arcanine, then Flareon it might be the right choice. This Pokémon has some very balanced statsbut unlike Arcanine focuses more on physical attack. In addition, even in this case you can get the ability blazealways very useful in a large number of situations.

Usually in the classic Pokémon games Eevee it’s a really rare Pokémon, but fortunately in Scarlet and Violet it’s much more common than you think. In fact, to find it, just visit the second southern area, an area that you will certainly reach very quickly. Once you have captured Eevee, you just need to buy a fire stone from Delibird’s shop and then use it on him to make him evolve whenever you want. Now let’s move on to a more recent Pokémon with Coalossal, first released with the eighth generation. This living mountain is the perfect choice for anyone looking for a tank able to go through long battles without flinching. Coalossal in fact distinguishes itself thanks to a large number of HP and to some really high defenses. Furthermore, thanks to its rock-fire type, it is able to resist as many as 7 different types.

To get Coalossal you must first capture Rolycolyits basic form. This pebble is very common in caves of the third east area, so you certainly won’t have a hard time finding it. Once you have captured Rolycoly you will have to train him until level 18 to make it evolve into Carkolwhich will in turn transform into Coalossal al level 34.

Talonflame is a very powerful type Pokémon fire-flying which represents the perfect choice for those who like to destroy their opponents quickly. Indeed, this creature boasts a really high speed and moreover, he is able to quickly learn very powerful moves such as bucketali e firecharge. The only downside is that these attacks will do quite a bit of damage to your Pokémon after using them, so you don’t have to abuse them too much.

Of all the Pokémon on the list, Talonflame is certainly the easiest to obtain. Fletchlingits basic form, can in fact be captured in a flash simply following the path near your protagonist’s house. Once you have your bird, you just need to train it until level 17 to make it evolve into Fletchinderwhich will later become Talonflame al level 35. Skeledirge is obviously an obvious choice for those looking for a good fire Pokémon. This alligator is the latest evolution of Fuecoco, one of the three starters, and consequently he’s really easy to get if you chose him at the beginning of the adventure. Skeledirge is a bit slow compared to many other Pokémon on this list, but manages to make up for it with some high defenses and a good amount of HP. It also has a very advantageous type fire-wraith which allows it to be immune to all normal moves and grapples.

Armarouge is a Scarlet exclusive Pokémon that distinguishes itself thanks to a particular type fire-psycho, a feature that allows him to use a large number of very powerful moves. Additionally this creature boasts a very high special attack and some good defenses which make it suitable to face even the most dangerous opponents.

Unlike the other creatures on the list, it won’t be very easy to get Armarouge. First you will have to find and capture Charcadeta not very common Pokémon that can be found quite a bit in all areas of the lower half of Paldea. Then you will have to go to Zapapico and swap ten Bronzor materials with an NPC to get the Propitiatory Armoran item needed to evolve Charcadet into Armarouge. Ceruledge is Armarouge’s counterpart and consequently is Exclusive to Pokémon Violet. Unlike his companion, this warrior is kind fire-wraith, thus representing a valid alternative to Skeledirge. Also as opposed to Armarouge focuses more on physical attack and speed rather than on special attack and defense.

The method of obtaining Ceruledge is identical to the one we described in the previous paragraphbut with a small difference. In fact, this time you won’t have to give Bronzor materials to Zapapico’s NPC, but rather gods Material di Sinistea.

Now it’s the turn of another Pokémon that is extremely popular both for its beauty and for its power: volcano. This regal type moth fire-beetle stands out thanks to a very high speed, very good defenses and a great variety of moves to learn. Volcarona is also available in two new exclusive shapes depending on the game you own. On Scarlet you can find to feel differenta variant of type beetle-fightwhile on Violet you can capture Ironmotha creature of type fire-poison. Unfortunately, however, to get Volcarona you will have to wait to reach the end game, since can only be found in Area Zero. Despite the harmless appearance, Chi-Yu is a very powerful fire-dark-type Legendary Pokémon. This little fish indeed has an excellent special defense, a high speed and really a lot of special attack. In addition he also possesses a unique ability that allows him to reduce the special defense of his opponentsthus allowing them to be deleted more easily.

Unfortunately, getting this legendary will take some time. In fact, before you can face it you will have to explore Paldea e Find all eight glowing posts hidden around.

Finally, we conclude our list with what is probably the most popular Pokémon ever: Charizard. This red dragon boasts good speed and high special attack, two features that make it perfect for quickly demolishing your opponents. Also thanks to its fire-flying type it is completely immune to land movesan extremely common type throughout Paldea. Here ends our guide dedicated to the best Scarlet and Violet fire Pokémon. Now all you have to do is choose the ones you prefer and run to capture them. Our article is concluded but, if you are interested in learning more about the game, we invite you to take a look at the other guides on our site:

Pokémon Scarlet and Violet are available now exclusively for Nintendo Switch. If you are interested in staying updated on all the news on the world of video games and much more, then continue to follow us here on TechGameWorld.com. Furthermore, in case you want to buy some games at an advantageous price, we suggest you take a look at the many offers on Instant Gaming. 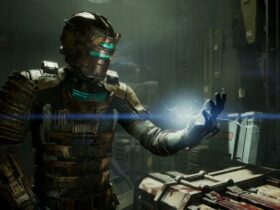